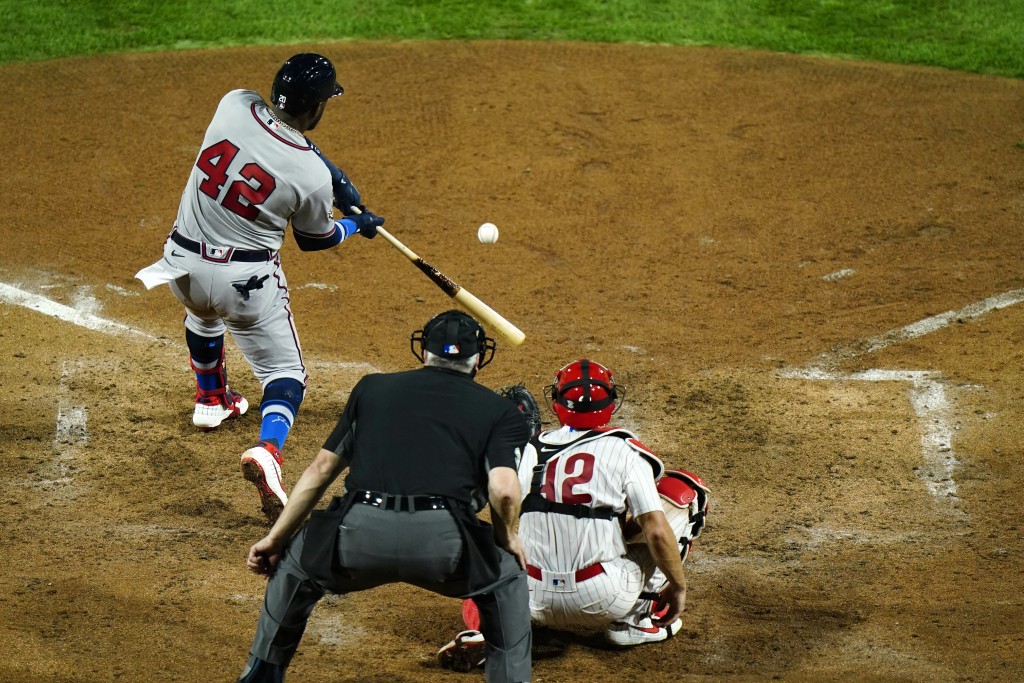 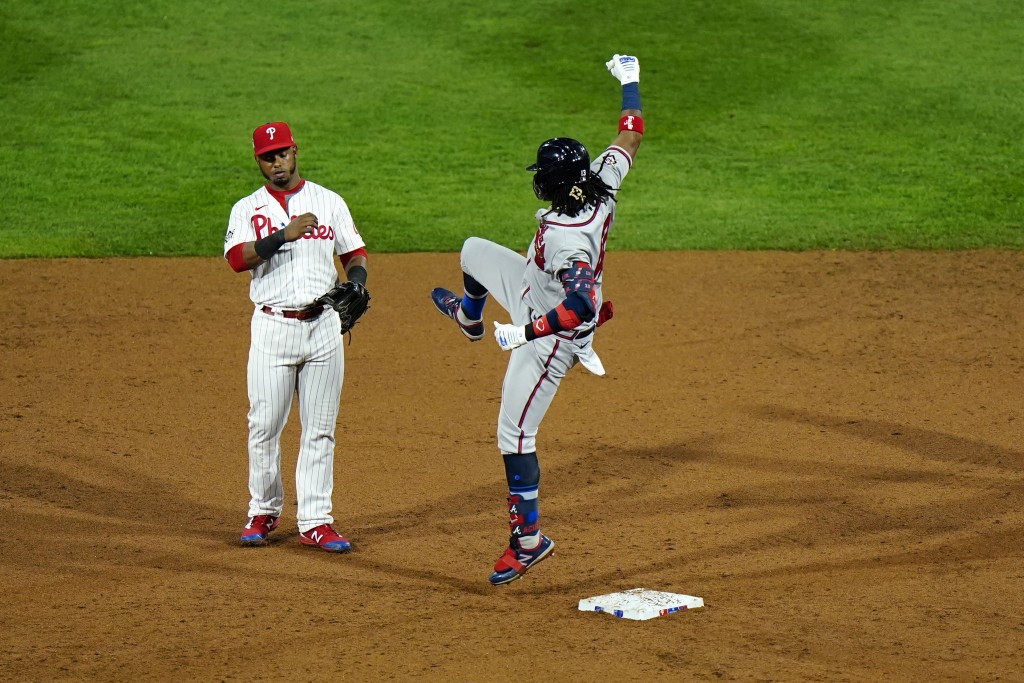 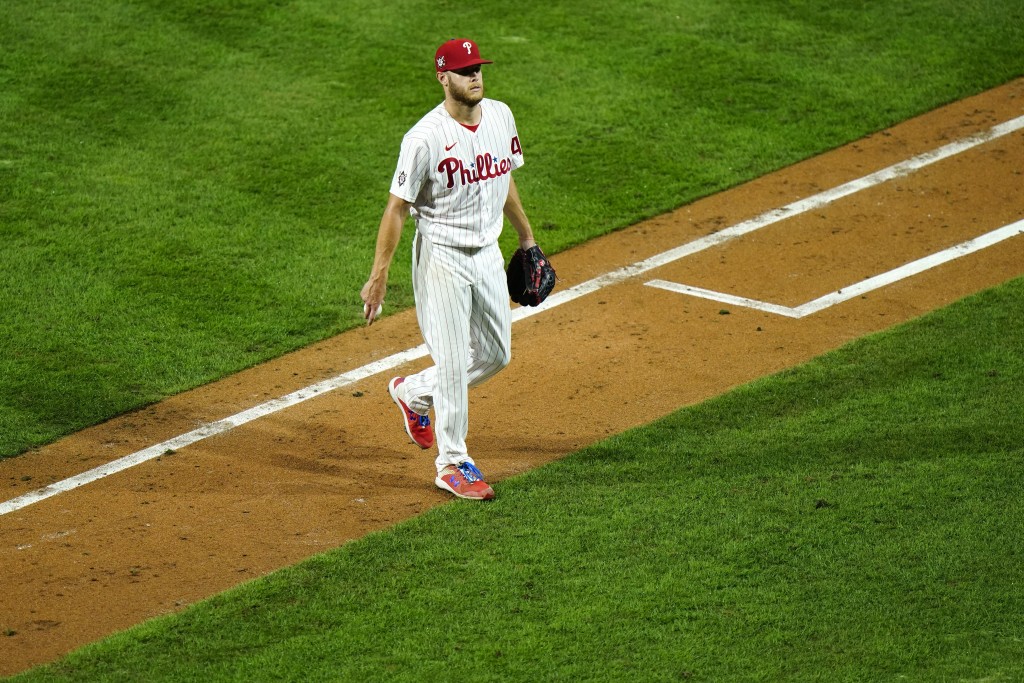 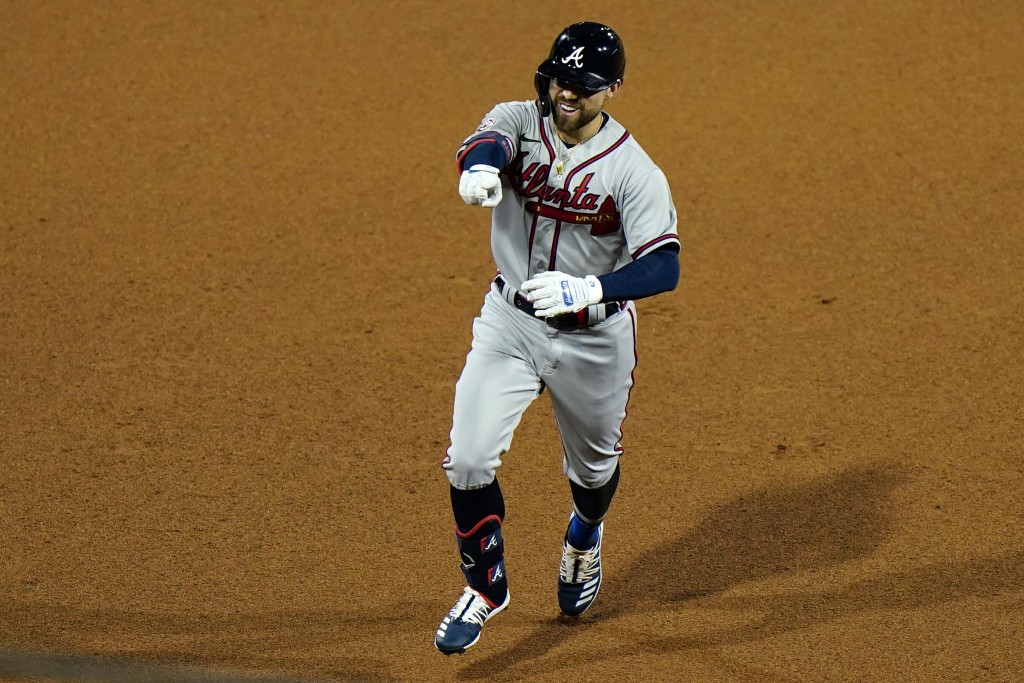 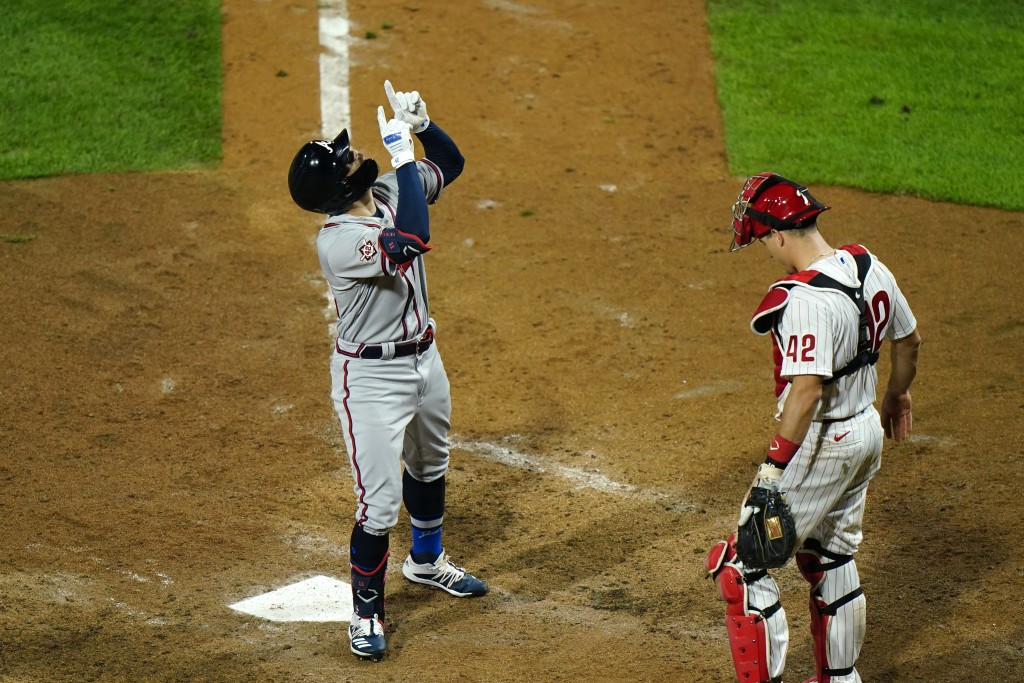 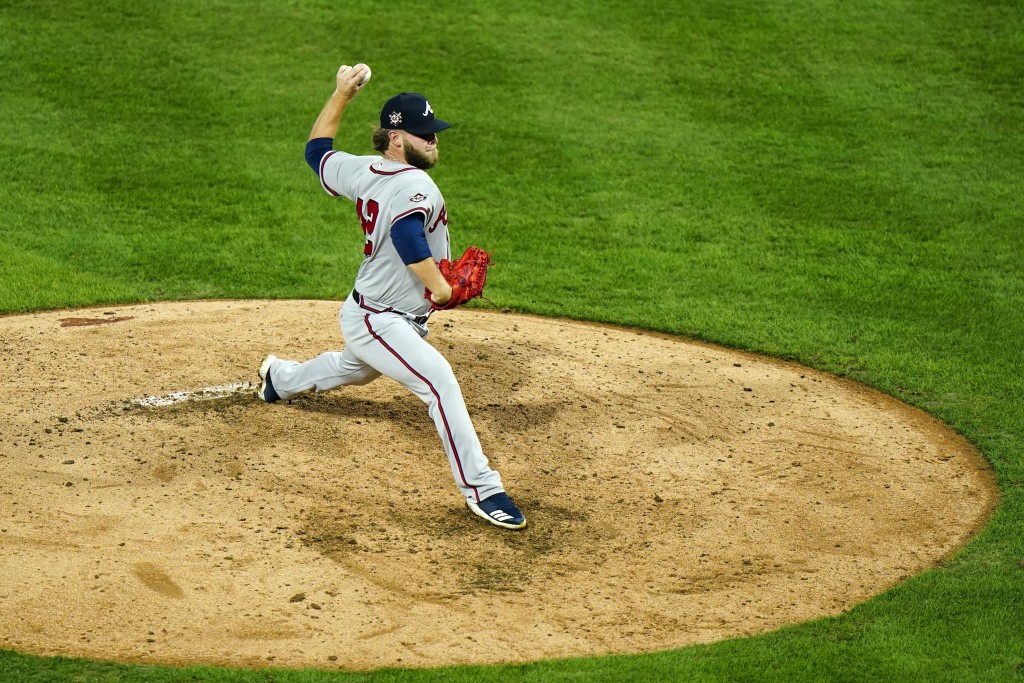 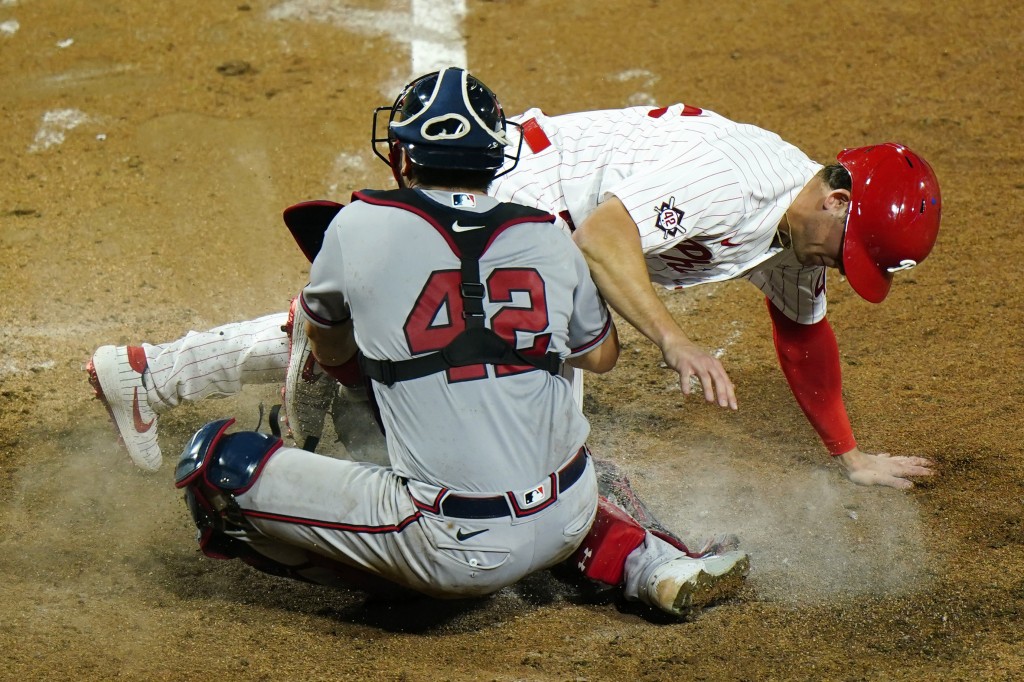 PHILADELPHIA (AP) — Scott Kingery hit a three-run homer off Mark Melancon with two outs in the 11th inning and the Philadelphia Phillies beat the Atlanta Braves 7-4 Friday night for their fourth straight win.

Ender Inciarte and Austin Riley hit consecutive pitches off reliever Adam Morgan into the seats in the seventh to tie it at 4.

Blake Parker (2-0) tossed a scoreless 11th, aided by J.T. Realmuto throwing out Inciarte trying to steal second for the second out with a runner on third.

Realmuto was on second to start the bottom half against Mark Melancon (2-1). He advanced on Segura's sacrifice. After Didi Gregorius was intentionally walked, Neil Walker struck out.

But Kingery ended it with his first career walk-off homer, a liner into the seats in left.

Phillies starter Zack Wheeler allowed two runs — one earned — and six hits in 5 2/3 innings and was in line to win his fourth straight decision before the bullpen surrendered the lead.

The Phillies took a 2-0 lead in the third when McCutchen drove a two-run shot out to straightaway center for his third homer. Segura connected an inning later, hitting one just several feet to the right of the spot McCutchen’s shot landed in the bushes.

Marcell Ozuna’s RBI double in the fourth cut it to 2-1. The Braves got an unearned run in the fifth with two outs.

Before the game, McCutchen spoke passionately about social justice issues in the country. Players across the majors wore No. 42 on Jackie Robinson Day on Friday.

“I feel like Jackie Robinson Day feels a little different,” McCutchen said. “We’re not only celebrating Jackie Robinson Day as the person he was, breaking the color barrier in ’47, really being the start of the whole civil rights movement, because that was really the first time where there was some integration in this nation. But the things that he did outside the game, he was very active within the civil rights movement. He always stood for what he believed in. I feel like it’s come full circle, and I feel like that’s what we’re doing right now.”

Braves: LF Adam Duvall left the game with a sore right Achilles tendon after beating out an infield single in the fifth. He’s day to day.

Phillies: RHP David Robertson had a setback in his recovery from Tommy John surgery, increasing the likelihood he won’t pitch this season. Robertson signed a $23 million, two-year deal in January 2019. He threw just 6 2/3 innings last season before he was sidelined. ... OF/DH Jay Bruce could be activated from the 10-day injured list Monday. He has a strained left quadriceps.