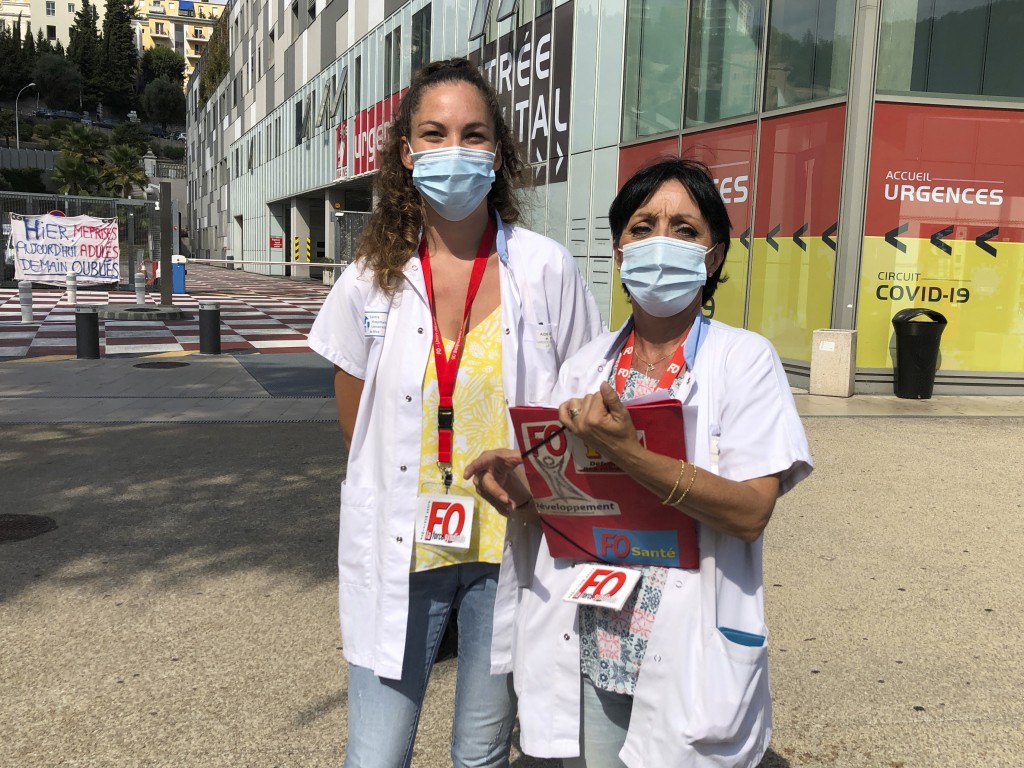 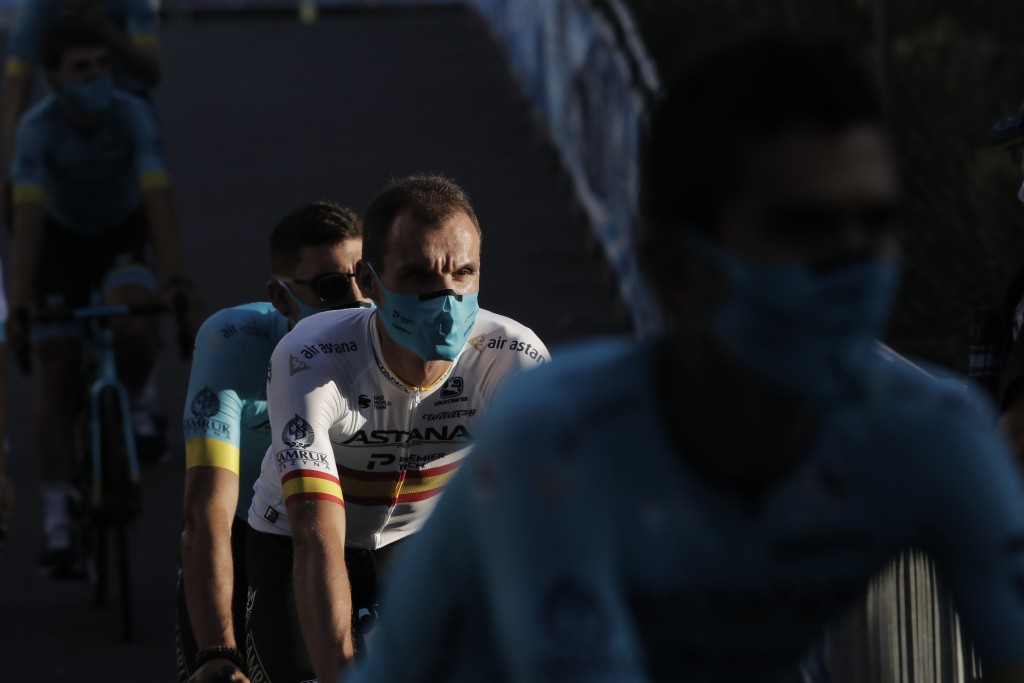 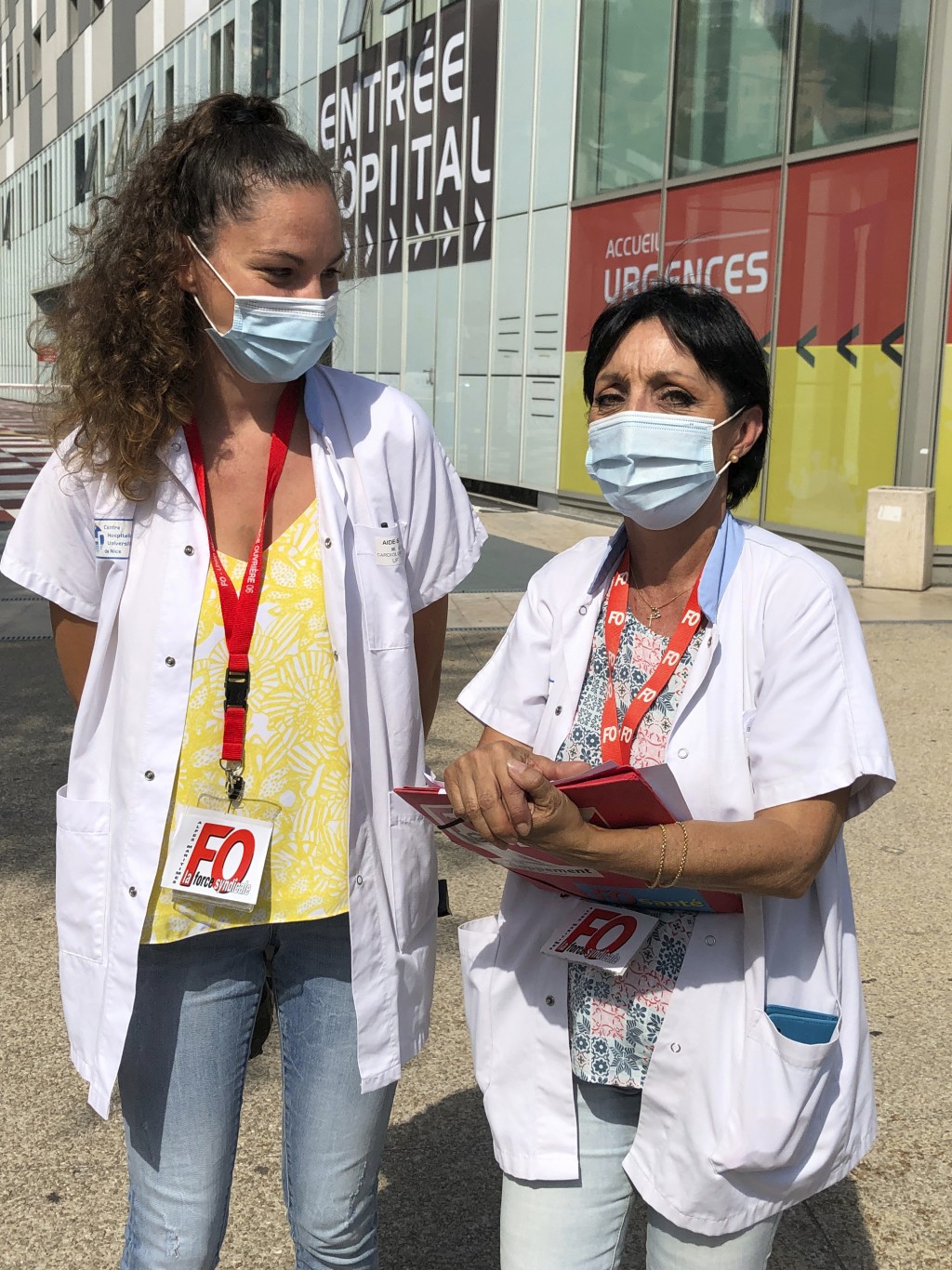 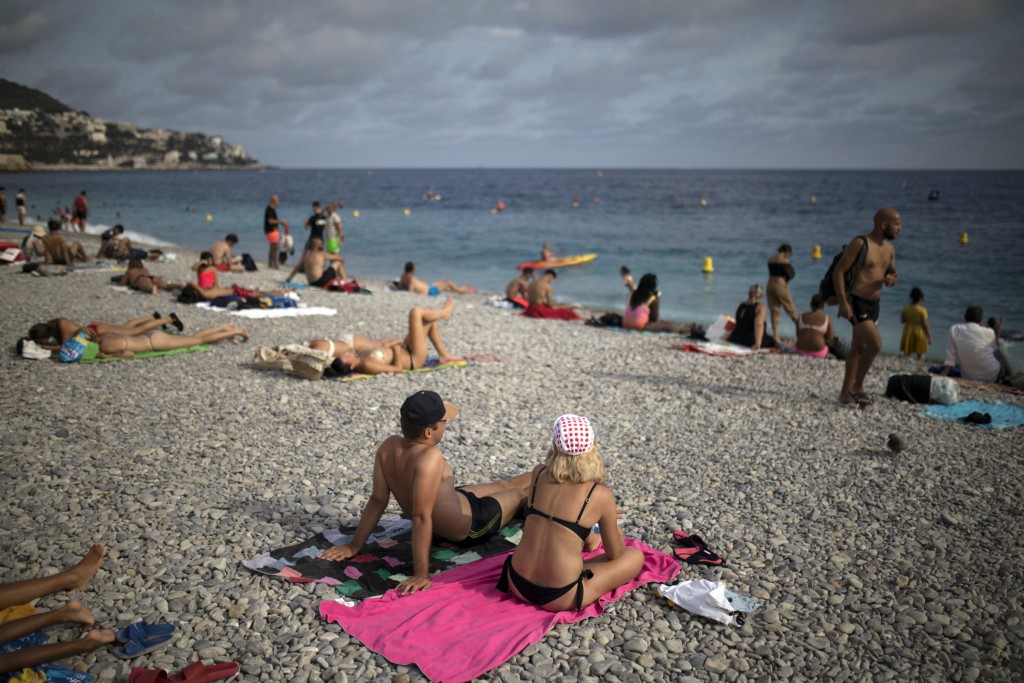 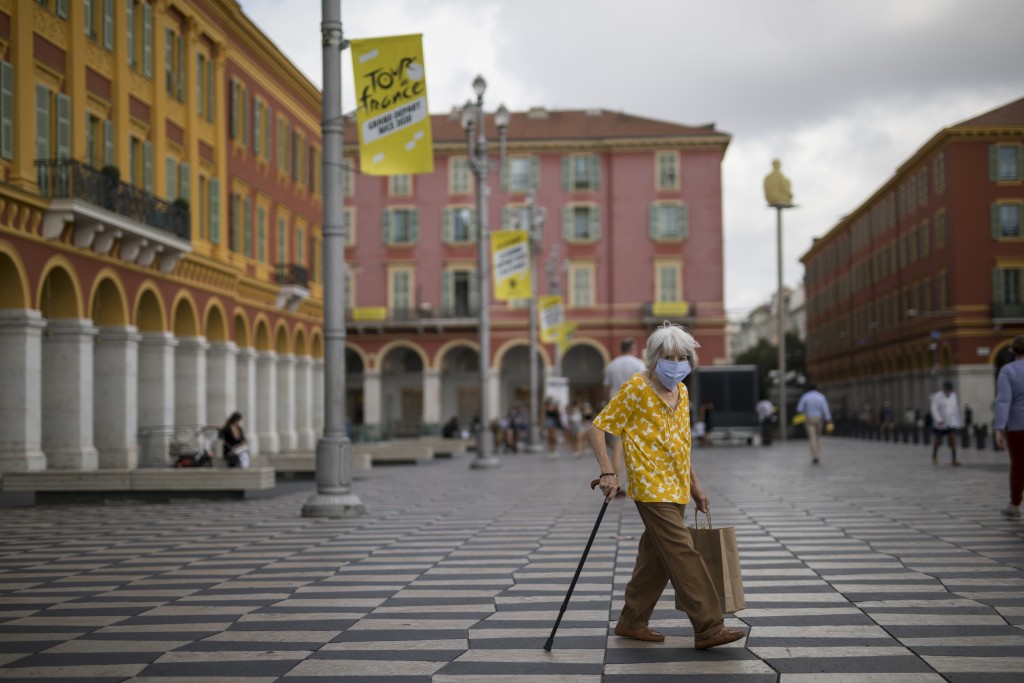 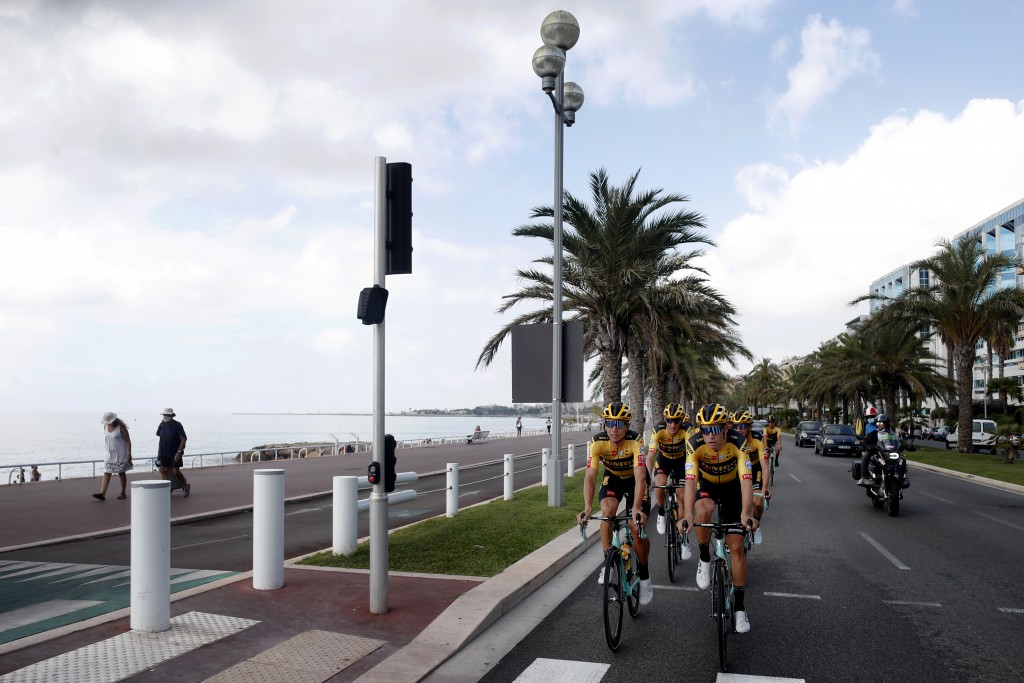 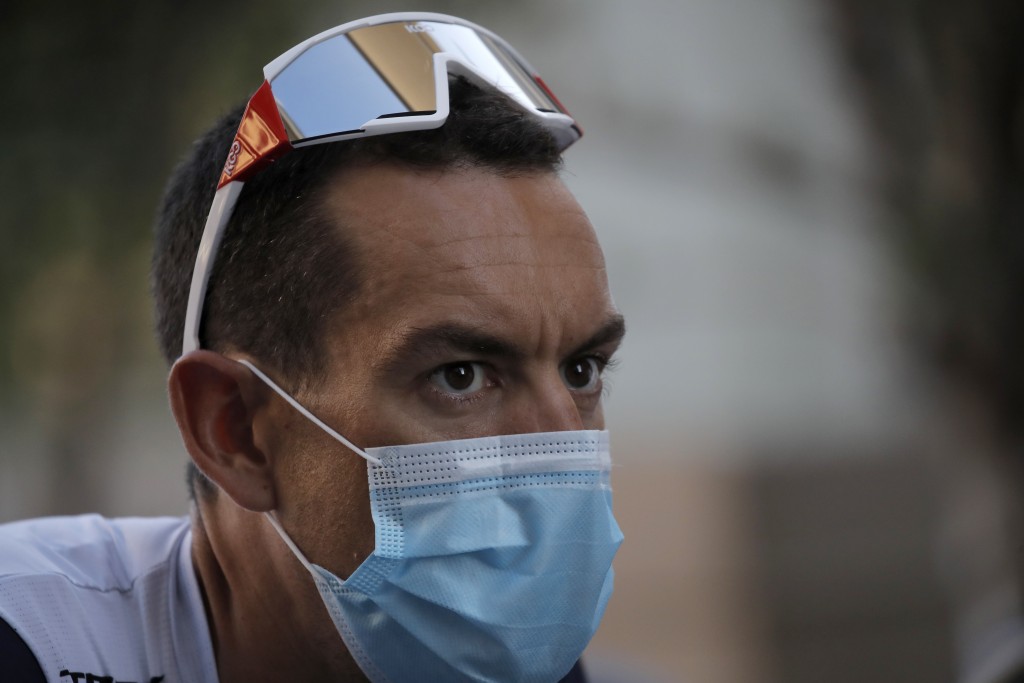 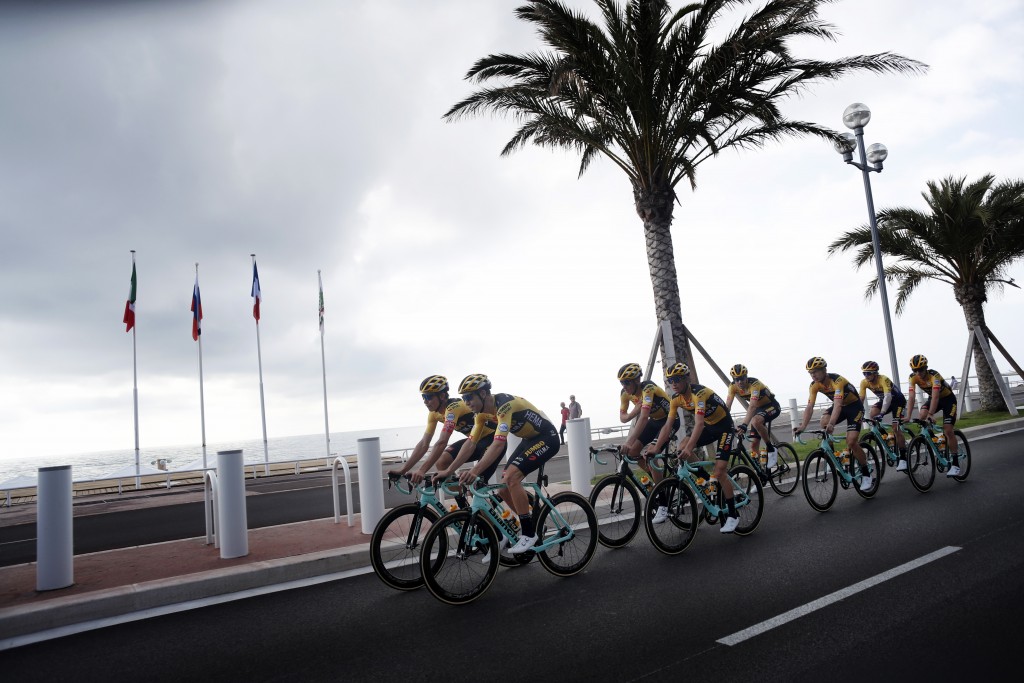 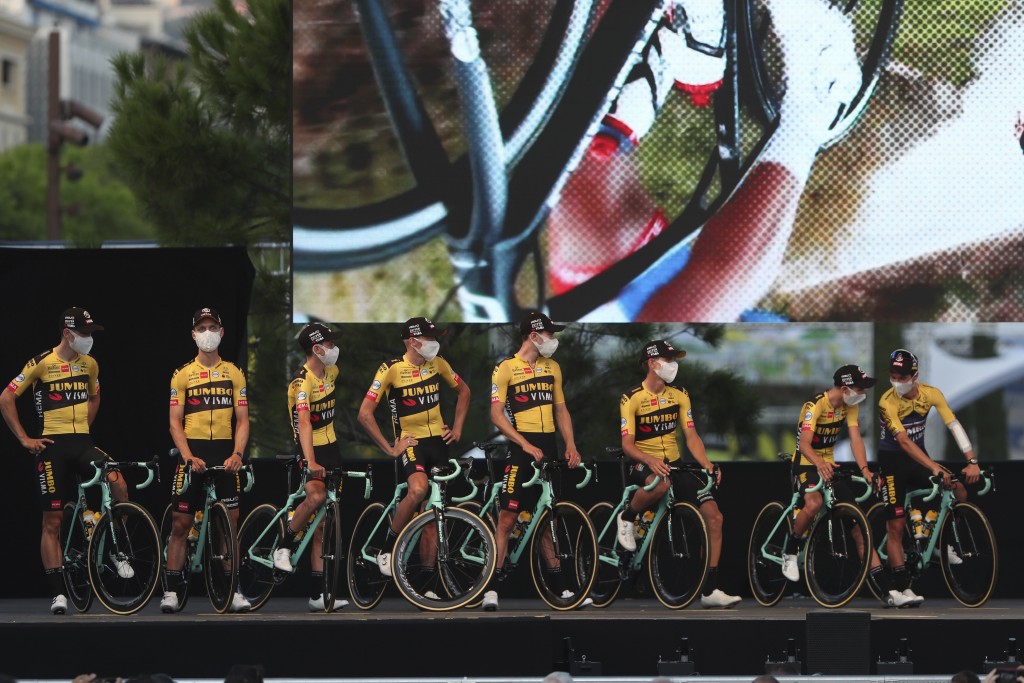 NICE, France (AP) — Likely too busy racing to notice, the 176 riders starting the Tour de France this weekend will speed close to a sprawling hospital where caregiver Maude Leneveu is still reeling from furious months treating patients stricken and dying from COVID-19.

After her 12-hour days of cleaning their bedpans, changing the sheets, feeding them and trying to calm their fears, she’d then go home to breastfeed her baby daughter.

With coronavirus infections picking up again across France and her hospital in the Mediterranean city of Nice preparing for a feared second wave of patients by readying respirators and other gear, Leneveu suspects she might soon be called back to the coronavirus front lines. That would ruin her hopes of taking a short holiday after the Tour leaves Nice on Monday and heads deeper into France, after two days of racing around the city.

But while no fan of the race herself, and despite the health risks of pushing ahead with cycling’s greatest roadshow in the midst of the pandemic, Leneveu is adamant that the three-week Tour must go on, because “life must continue."

“These are already tough times and it will be very, very hard to endure over the long term if, on top of all this, we don’t allow people to escape via the television, with events like this,” she said. “Many of my family members adore it and they would have been very sad if there’d been no Tour de France, because it’s emblematic.”

That the Tour, delayed from July, survived the health crisis that wiped out scores of other sporting events testifies to the emotional, political and economic clout steadily accumulated by the race during its 117-year history, both in France and beyond.

For race organizers and the French government, the reward of successfully steering the Tour to the finish in Paris on Sept. 20 will be a striking message — that the country is getting back on its feet after the first deadly wave of infections and learning to live with its epidemic that has claimed more than 30,500 lives in France.

The risk is that so many riders might fall sick during the 3,484-kilometer (2,165-mile) odyssey that organizers are forced to cut it short. Not reaching Paris would lead to questions, already being voiced by medical personnel and others, about whether the race should never have set off from Nice at all.

On the eve of the start, the city's main public hospital network had just 10 hospitalized COVID patients, all grouped in one hospital. But infections across the country are steadily rising, with 7,379 new cases declared Friday, another new daily high since the country eased out of lockdown in May.

Marine, a final-year medical student at the city's Pasteur Hospital, which the Tour will race past on the first two stages Saturday and Sunday, said after finishing her morning shift in the emergency ward Friday that the riders should have stayed home. Because she didn't have permission from hospital authorities to speak to the media, she asked that she be identified only by her first name.

“It doesn't seem very reasonable. Plus, we're under pressure at the hospital at the moment. There are very few beds, so we're not equipped to cope with a big influx of sick patients,” she said. “If there are more infections because of the Tour, it's going to be complicated for us to manage ... It would have been better to cancel it."

But for riders, in a year that had seemed ruined with races thrown into disarray and training done at home on stationary bikes, the Tour is a blessing, a treasured opportunity to secure paychecks and possibly new contracts by shining on French roads.

“We all understand that it’s not a given the race will finish,” said Richie Porte, an Australian riding his 10th Tour, for the Trek-Segafredo team. “But full credit to the organizers for getting this race off the ground because cycling needs this race to at least start.”

It hasn't escaped health workers that the bonus of 1,500 euros ($1,785) paid to some of them by the government for their heroism at the height of France's epidemic, when people in lockdown across the country cheered them on from their windows every night, is small potatoes compared to prizes that Tour riders can pick up on the roads.

Leneveu said her take-home pay for four 12-hour hospital shifts per week is 1,450 euros ($1,725) a month. She was among those that got the COVID bonus after two months treating the sick. She said she had to wear plastic trash bags over her gowns and two, sometimes three, layers of household gloves in the first weeks when proper protection was lacking. She emerged from the experience so exhausted and exasperated that she asked to shift to part-time work from September.

“It was like being armed with bayonets against cannons,” she said. “We’ve really lost the will to fight."