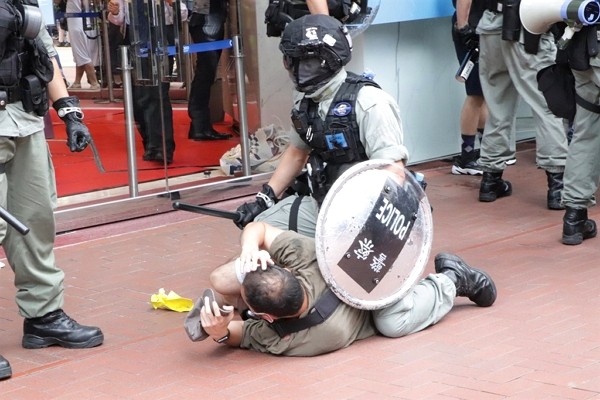 TAIPEI (Taiwan News) — Hong Kong police are using the past comments and actions of government critics to pursue convictions covering the city's new security law, despite promising the legislation would not be retroactive.

Since it was implemented by Beijing in June, the law has been widely regarded as an attempt to curtail Hong Kong's autonomy. Although Beijing promised that individuals would not be held accountable for their past "transgressions," recent arrests by Hong Kong police suggest otherwise.

According to AFP, details from more than 20 arrests under the new security law show that previous social media posts and political comments made by dissidents were used as "background information" to help the police obtain search warrants and carry out arrests. A lawyer familiar with the investigation, speaking on condition of anonymity, said police were authorized to do so.

For example, on July 29, 19-year-old pro-democracy activist Tony Chung (鍾翰林), along with three other people, was arrested for "inciting secession" by advocating for Hong Kong independence in a Facebook post. Chung denied any connection to the post and said most of the evidence presented by police during his detention comprised social media comments posted before the law came into effect.

Meanwhile, media mogul and outspoken China critic Jimmy Lai (黎智英) said following his arrest earlier this month that his calls for international help before the legislation was enacted were being used against him. Agnes Chow (周庭) of the disbanded Demosistō Party also claimed the charges against her were "very vague accusations without specifying time and means," reported CNA. 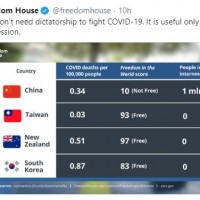