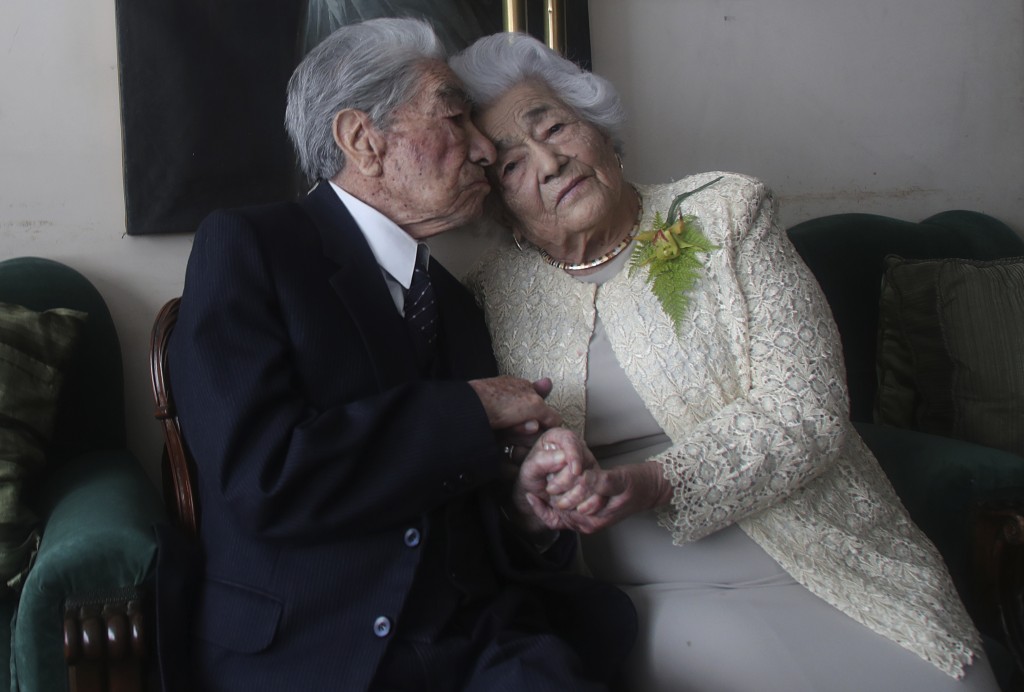 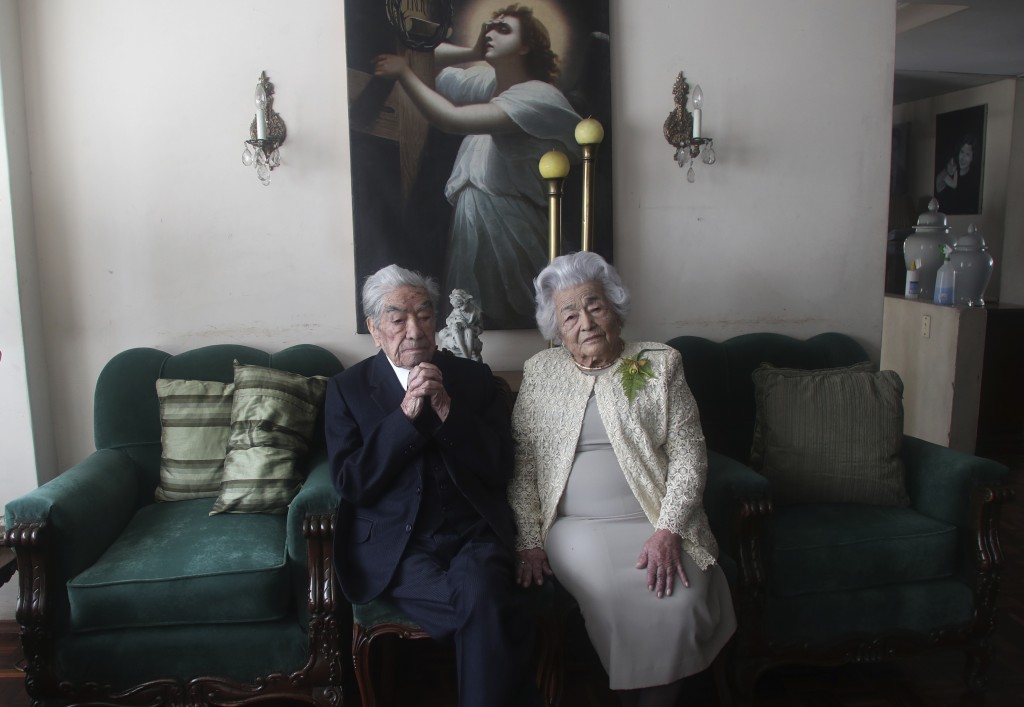 Seventy-nine years later, they're still together — he at 110 years of age, and she at 104, both lucid and both in good health, though relatives say they're a little depressed because they miss their big family get-togethers due to the pandemic.

There are longer marriages, but at the moment no other between people so old, according to Guinness World Records — just short of a combined 215 years.

The two retired teachers live in Ecuador's capital of Quito, where in mid-August they received the Guinness certification.

Their daughter Cecilia says they're both lucid and active, although they no longer have the agility they had before. But “for a month they have been different, more downcast because they miss large family gatherings."

“Since March, we have not had any of that,” Cecilia said. "My parents need family contact ”.

She said her father enjoys watching television and drinking milk and that her mother, who enjoys desserts, likes to read the newspaper every morning.

Previously listed as the oldest were an Austin, Texas, couple, Charlotte Henderson and John Henderson who have a combined age of 212 years and 52 days.