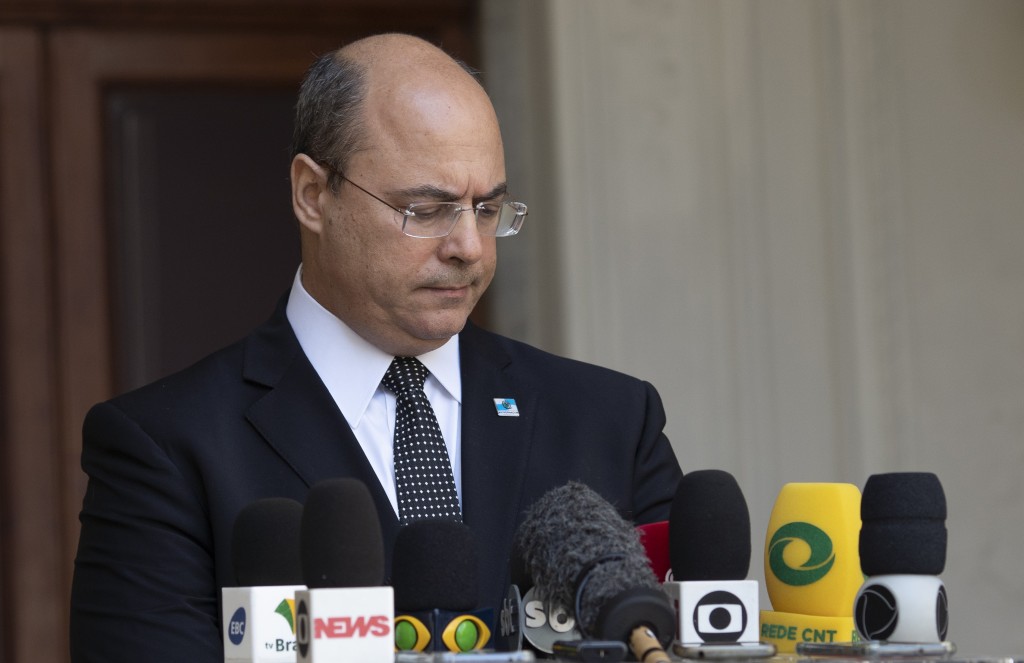 Brazil’s main prosecutor's office said Friday that Wilson Witzel, a former federal judge, was removed from office for 180 days while being investigated.

The order by the Superior Court of Justice, Brazil’s second-highest court, can be appealed to the Supreme Court.

Witzel’s lawyers said in a statement they were surprised by the order and were waiting for access to the court’s decision to decide their next legal steps.

Investigators accuse Witzel of participating in a scheme involving fraud in public contracts to benefit companies linked to him and others under investigation.

Investigators suspect one of the illegal financial operations involved a social organization hired by the state government to manage field hospitals for treating Covid-19 patients.

Prosecutors also accused Witzel of benefiting from payments to his wife made by two other people under investigation.

Witzel was unknown to most Brazilians until the 2018 elections, when he won the state governor's race race by closely associating himself with Bolsonaro and by promising to be tough on organized crime. He was frequently criticised by human rights watch organizations for defending controversial police operations, such as the practice of shooting from helicopters against suspects in Rio’s slums.

He and Bolsonaro, however, eventually spliut and became political enemies.

Witzel was already facing impeachment procedures in the state legislature, though that action had been temporarily suspended by an appeal to Brazil’s Supreme Court.