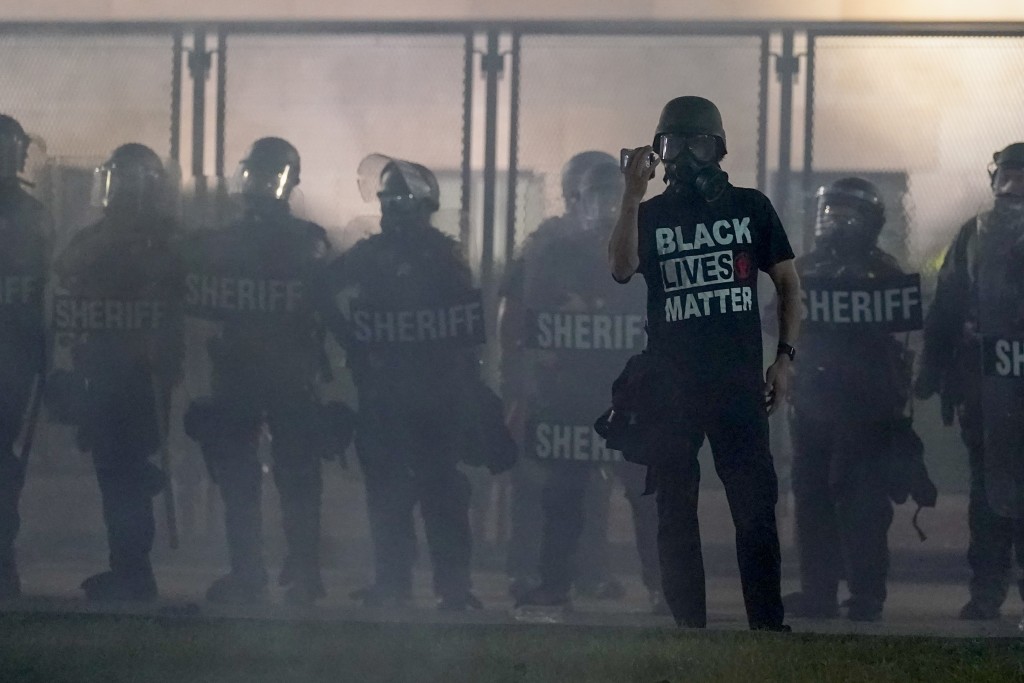 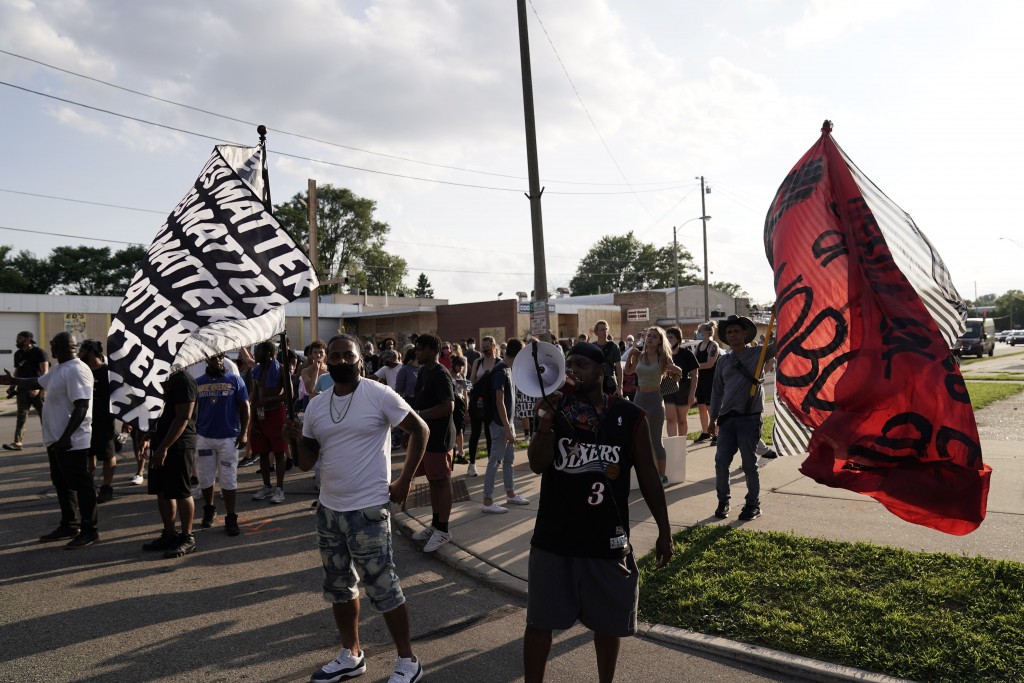 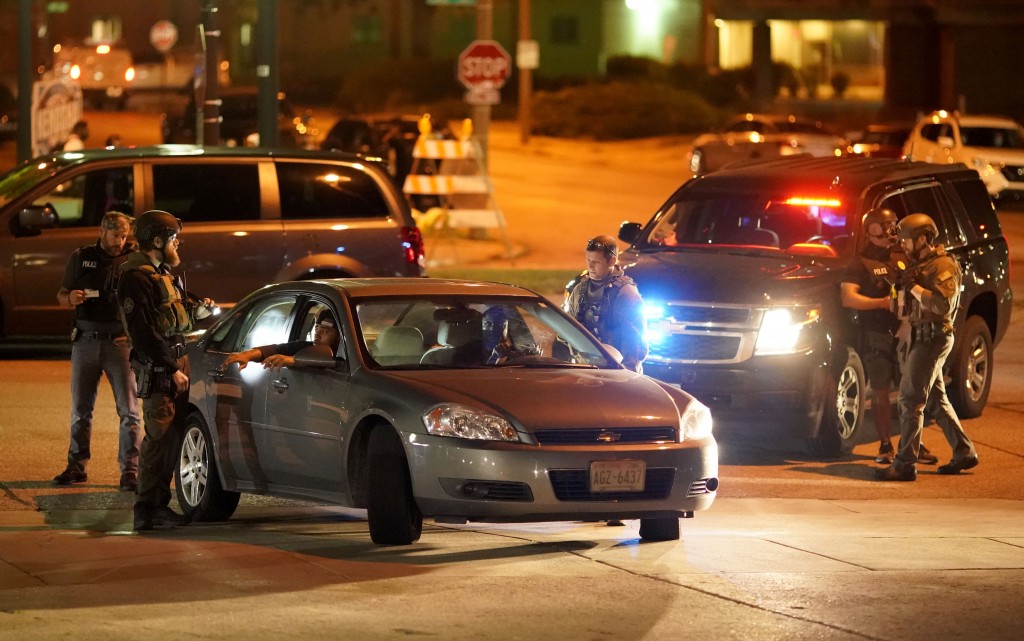 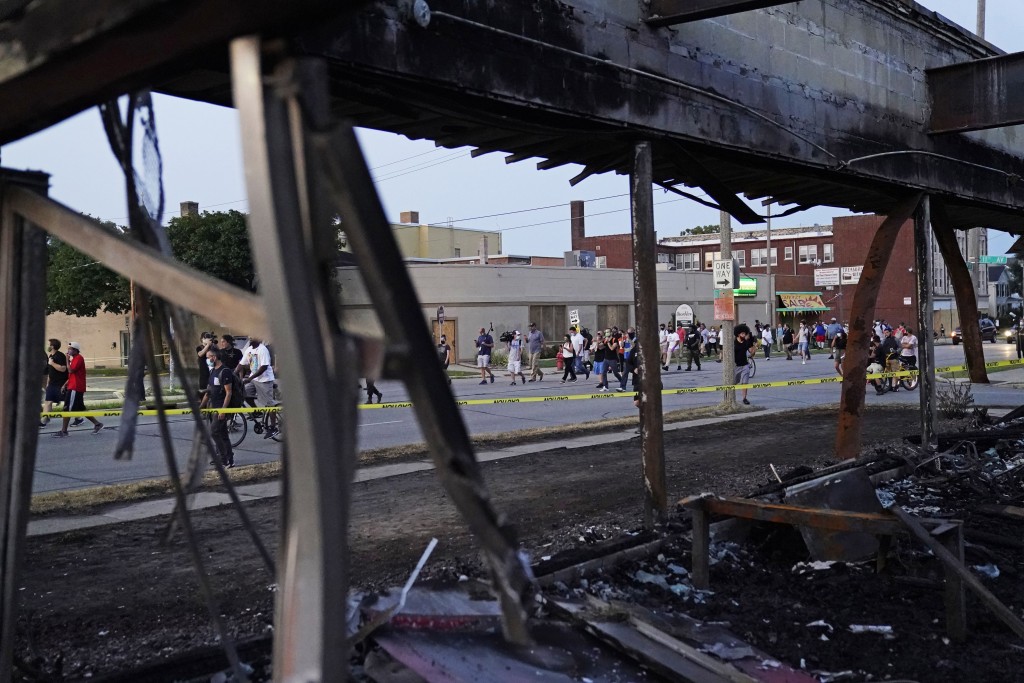 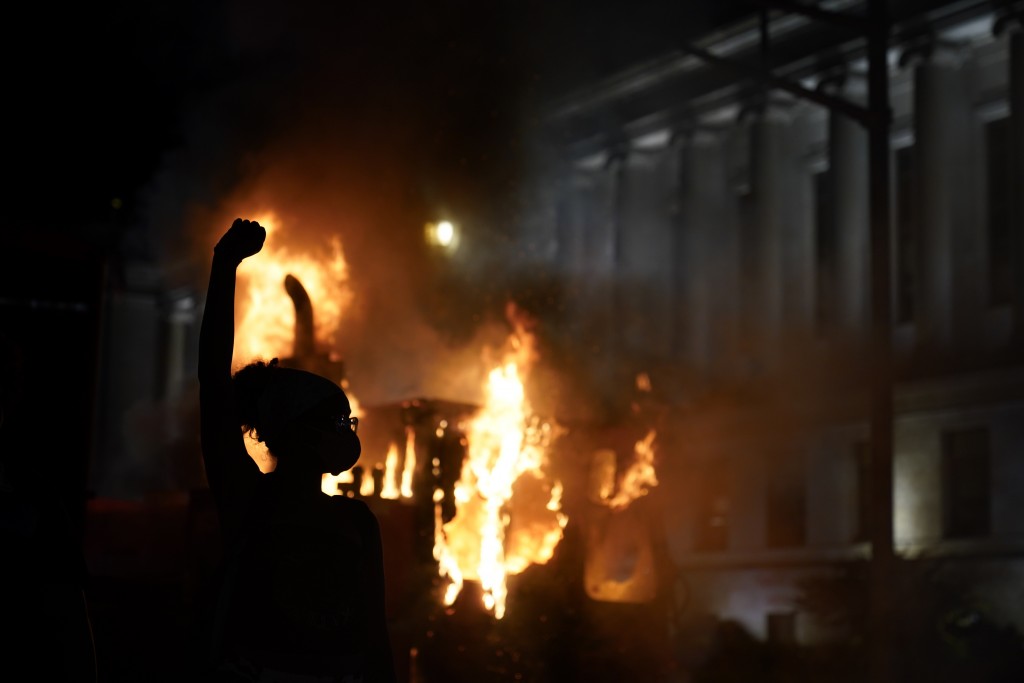 KENOSHA, Wis. (AP) — Until the police shooting of Jacob Blake, the bedroom community of Kenosha had been largely untouched by the level of demonstrations that were seen in nearby Milwaukee and Chicago after the death of George Floyd.

Like other places in America, Kenosha's Black residents saw inequality in the way police treated them. But there had been nothing like the shooting that left Blake, who is Black, paralyzed. An officer shot Blake in the back Sunday as the 29-year-old leaned into his SUV, three of his children seated inside.

Now the city of 99,000 residents along Lake Michigan finds itself as the latest flashpoint in a larger discussion about racism and police brutality in the U.S.

The shooting, captured on cellphone video, led to several nights of protests and unrest, with some demonstrators destroying buildings, setting fires and hurling objets at police, who responded at times with tear gas. On Wednesday, a 17-year-old from a nearby Illinois community killed two demonstrators, according to authorities.

Kenosha Alderman Anthony Kennedy, who is Black, said he often works with police to the benefit of the neighborhood he represents and was surprised by what he saw on the video.

“Watching that video of Mr. Blake, you should be angry,” Kennedy said. “There’s no way you can have any humanity and not respond with anger, frustration. I’m that angry. I’m that hurt. I’m that frustrated. I have a responsibility to be that and still try to be constructive and build my community and maintain the quality of life of my constituents.

"Be angry and vocal, but when you’re done be with me so we can build this city.”

About 11% of Kenosha’s 99,000 residents are Black, but only about seven of the police force’s 207 officers are African American. Kenosha’s white population is about 67% and whites make up 89% of the city’s police officers.

Ray Roberts, a data scientist who has lived in the city about a decade, said he and other Black residents face very different rules when dealing with police than white residents do.

“If you’re a white guy, a firefighter with an open (alcohol) container and gun in your car and you get pulled over, you get dropped off at the firehouse,” said Roberts, 38. “If you’re Black, that might be the end of your life — you get shot or you might face 20 (years in prison).”

Tensions simmered Thursday as a number of businesses remained boarded up and some motorists shouted at law enforcement driving around Kenosha.

“The police here are terrible and they treat Black people awful,” said Jacob Conway, a 22-year-old white Kenosha resident who said he has joined protests every night since the shooting. “They harass them, and everything.”

At least four people have been fatally shot by Kenosha police since 2003. One — Bobby Sherrod — was Black. He was shot in 2005 by an officer who believed Sherrod had just broken the neck of Sherrod’s 5-year-old son. A prosecutor deemed the shooting justified.

Kenosha saw a peaceful protest several days after Floyd’s death in May after a white Minneapolis police officer pressed a knee into Floyd’s neck for several minutes as the handcuffed Black man pleaded for air. But a late June Back the Blue rally in Kenosha that was organized to show support for law enforcement was disrupted by anti-police brutality protesters. One protester was tackled to the ground. No arrests or injuries were reported.

Davis, with the NAACP, said officers need better training on how to deescalate encounters like the one with Blake, who refused officers' commands to stop before opening his SUV's door and reaching inside. Officers had responded to a report of a domestic dispute when they encountered Blake. Authorities have not said whether Blake was part of the dispute.

“When emotions are running that high, who talks to you?” said Davis, 66. “It’s going to take a lot for you to calm yourself down and that’s where the police — we feel — should have taken the opportunity to help Mr. Blake.”

Wide disparities in income between white and Black residents of Kenosha, Minneapolis, Milwaukee, Chicago and other major metropolitan areas in the Midwest have helped create “underlying frustration and anger in the minority communities in these cities,” said Don Grimes, an economics specialist at the University of Michigan.

Yet some elected officials and professionals in Kenosha either believe racial discrimination doesn’t exist in the area or refuse to openly acknowledge it, said Roberts, who spent three years in the Coast Guard and six years in the Army where he served in Afghanistan.

“It’s gotta get worse before it gets better,” he said. “I think some of this has to happen. There’s so much fakeness going on.

"There are casualties in war, and that’s what’s going on now.”