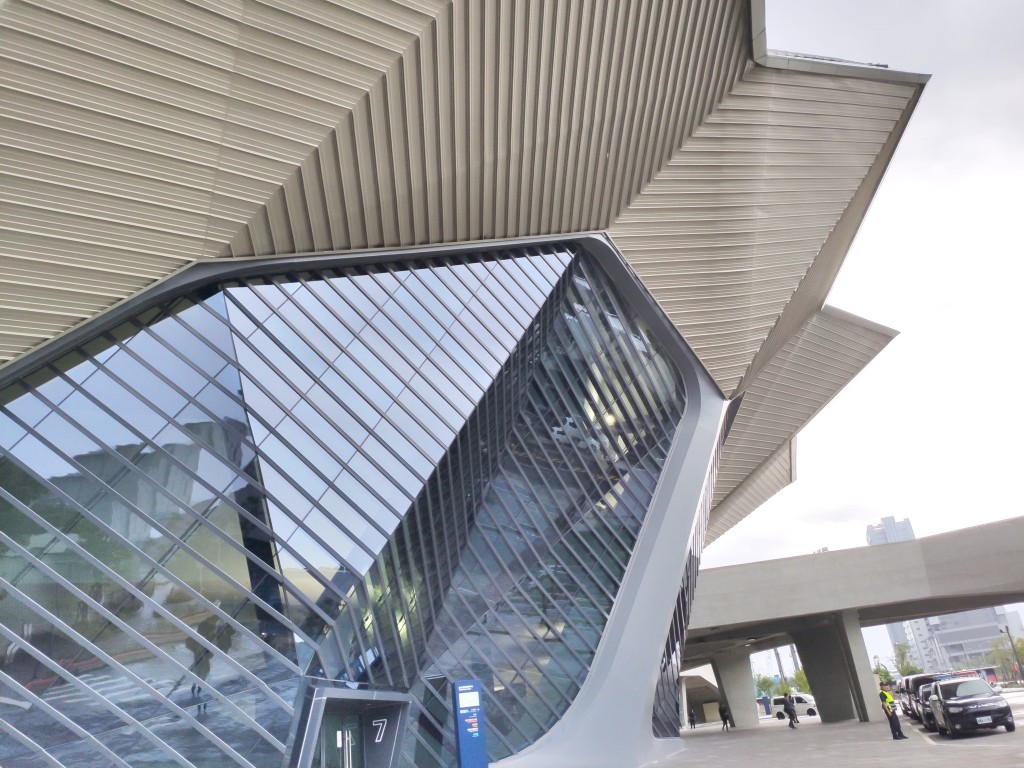 As one of the New Ten Major Construction Projects (新十大建設) unveiled in 2003, the venue has taken 17 years to develop, according to Lee. The center will serve as a concert hall as well as an educational institution, he added.

Tsai pointed out that Taiwan has been the center for Mandarin-language pop music for decades thanks to the freedom it enjoys. She encouraged people to buy tickets to the center’s performances with Arts Fun coupons distributed by the Ministry of Culture. Tsai went on to praise the audio equipment, which she said is of first-rate quality, and she noted that the construction cost for the entire project had been NT$ 6 billion (US$ 20 million).

Kuo explained that the venue has been pressure tested during two trial concerts and some problems are still being resolved. The government intends to resolve them soon, he said.

Renowned songwriter and singer Kay Huang (黃韻玲) will serve as the first chair of the center.

Taipei Music Center’s opening concert is scheduled for Sept. 5. The lineup includes the award-winning singer Lala Hsu (徐佳瑩) and the band Oaeen (魚丁糸), which was previously known as Sodagreen (蘇打綠).