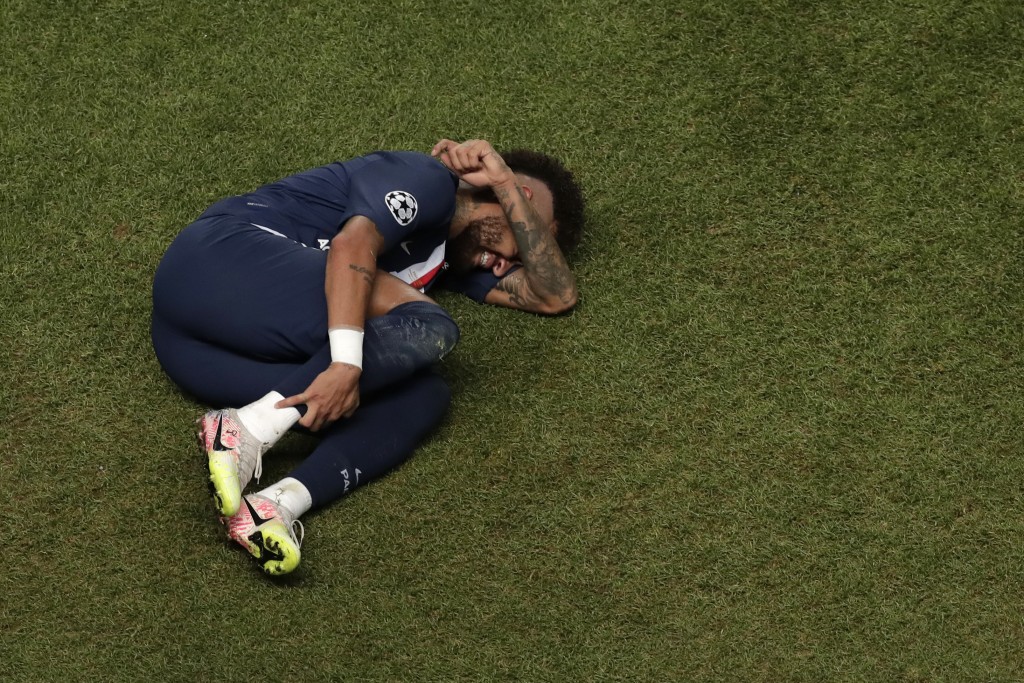 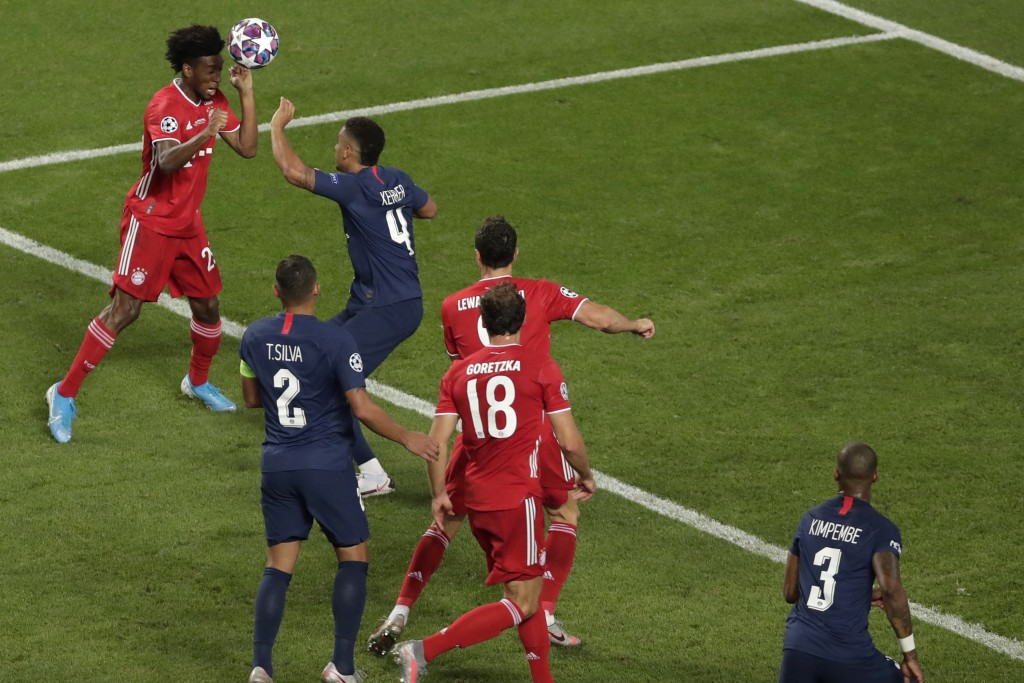 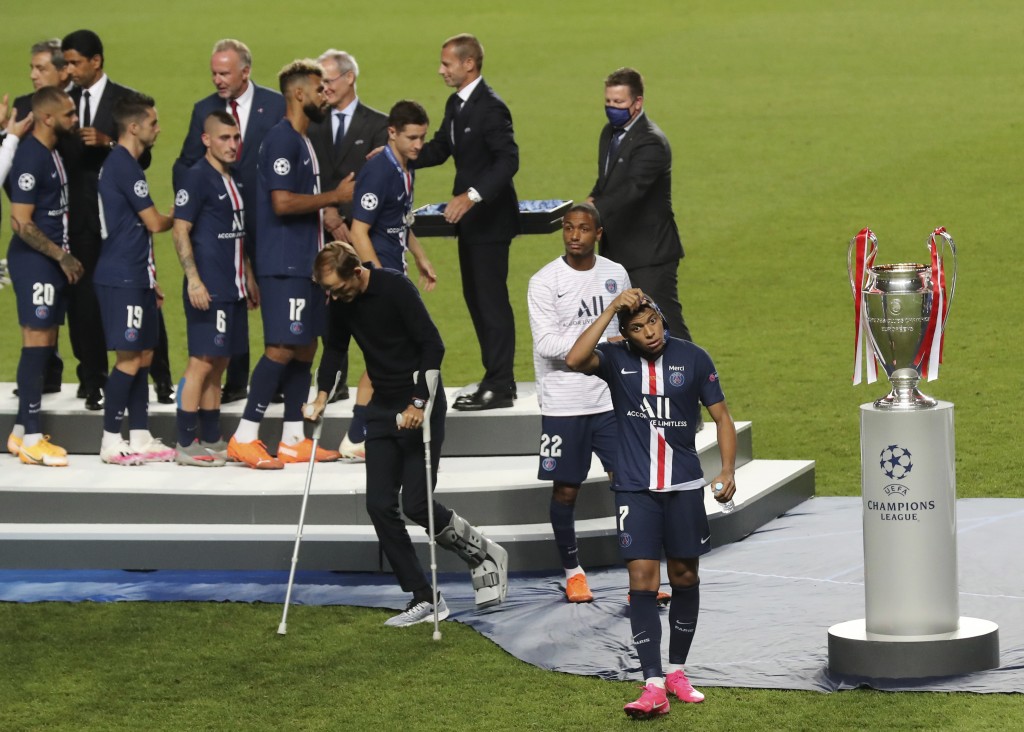 Paying for the world’s most expensive strikers cost Paris Saint-Germain 402 million euros ($476 million), but Neymar and Kylian Mbappé failed to score a single goal during the final stages of the Champions League.

Overall, the pair had 23 shots during the Final Eight tournament in Lisbon without finding the net. PSG lost the final 1-0 to Bayern Munich.

PSG remains overly dependent on two big stars and traditionally has not drawn enough on a huge local talent pool.

Mbappé was recovering from an ankle injury, but still played a full part in the semifinals and the final. Neymar was in great shape physically but squandered chances galore in the quarterfinal and was fairly anonymous in the final.

One of the world’s best finishers with 30 goals in 37 games this season, Mbappé missed a big chance on the stroke of halftime at 0-0 against Bayern. Neymar wasted an earlier one.

Both posted a photo of their disappointment to millions of followers on social networks: Neymar weeping into his hand and Mbappé walking solemnly past the winners’ trophy behind him.

But on the field they got a reality check by a Parisian who came through the club’s academy only to be sold to Juventus when he was 18.

Kingsley Coman was released by PSG at the end of his contract, ambitions of forging a career at his hometown in tatters. The youngest player to play for the club at 16 years and eight months made just four appearances.

PSG’s pursuit of stars, at a time when Zlatan Ibrahimovic ruled the roost, pushed Coman out of the door and led the club on a cash-laden path toward Neymar and Mbappé.

Coman’s match-deciding moment symbolizes how PSG’s fast-tracking process to European glory ultimately remains flawed. If PSG had fully backed its youth academy, perhaps Coman would have been on the PSG flank rather than tormenting right back Thilo Kehrer all night.

Perhaps Mbappé, raised in the Paris suburb of Bondy, would have come through PSG’s academy rather than joining Monaco’s — and then costing PSG 180 million euros ($213 million) in 2017 and a Financial Fair Play headache.

That he slipped off the radar is baffling, but players falling through PSG's net dates even further back.

France great Thierry Henry grew up in the southwestern suburbs but never passed through PSG. Like Mbappe he went to Monaco.

A look at the other semifinalists in Lisbon reveals a trend of Paris-born players simply being overlooked, sold, released — or even not signing — as well as the limitations of its scouting network.

Tanguy Kouassi, a tall and elegant player at either center half or midfield, joined Bayern last month despite making a strong impression for PSG last season. He turned 18 in June but PSG failed to get him to sign professional terms.

Leipzig’s imposing 21-year-old center half Dayot Upamecano was born 100 kilometers (about 60 miles) from Paris in the Normandy commune of Evreux. But he joined the Valenciennes academy 300 kilometers (180 miles) away in his mid-teens. He was outstanding in the quarterfinal win against Atletico Madrid and is touted as a future star.

His 22-year-old teammate Christopher Nkunku was sold by PSG last year after coming through the academy and was impressive when given opportunities. There's also Jeff Reine-Adélaïde, Lyon’s super-slick 22-year-old midfielder, who grew up in the Paris suburb of Champigny-sur-Marne, played for the local team and then another regional side, Torcy.

Instead of going to PSG, he journeyed 200 kilometers (120 miles) to join Lens aged 12; then went to Premier League club Arsenal before ending up at Lyon.

Last summer, other highly-rated young players who did come through PSG’s ranks left.

The 25-year-old midfielder Adrien Rabiot joined Italian champion Juventus after tense contract talks ended with a bitter separation. Winger Moussa Diaby (21) was bought by Bayer Leverkusen and defender Stanley Nsoki (21) was signed by Nice. The season before, attacking midfielder Yacine Adli (20) was sold to Bordeaux, having played one game for the club as a promising youth from the suburbs.

For all the sizzling talent on display when Neymar and Mbappé hit form, it seems the players leaving the club too soon, or not getting scouted or signed, are costing PSG.