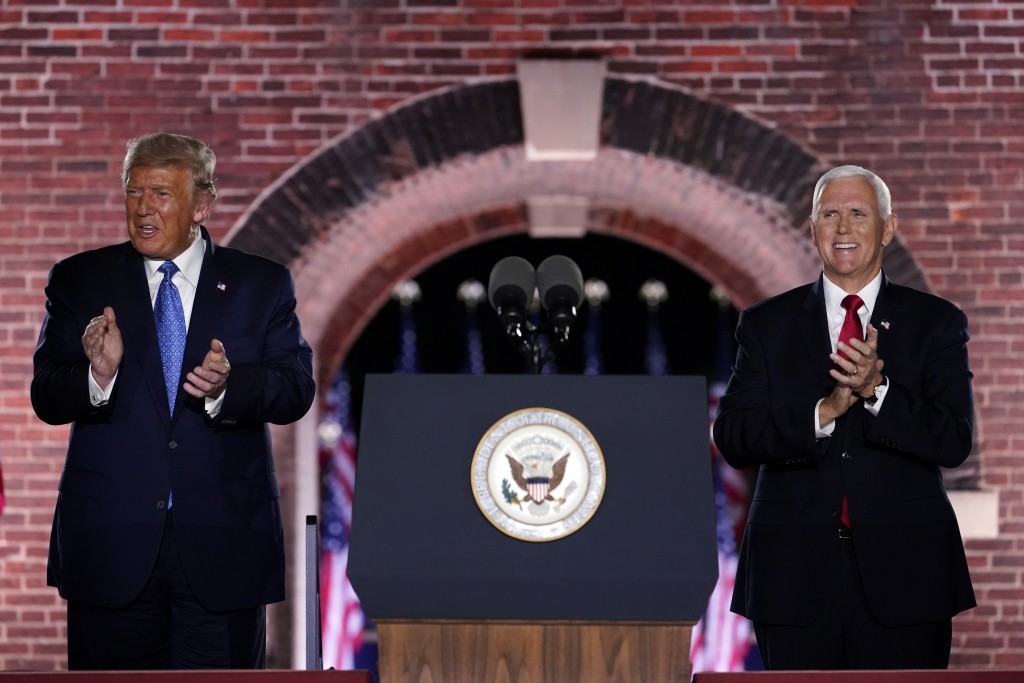 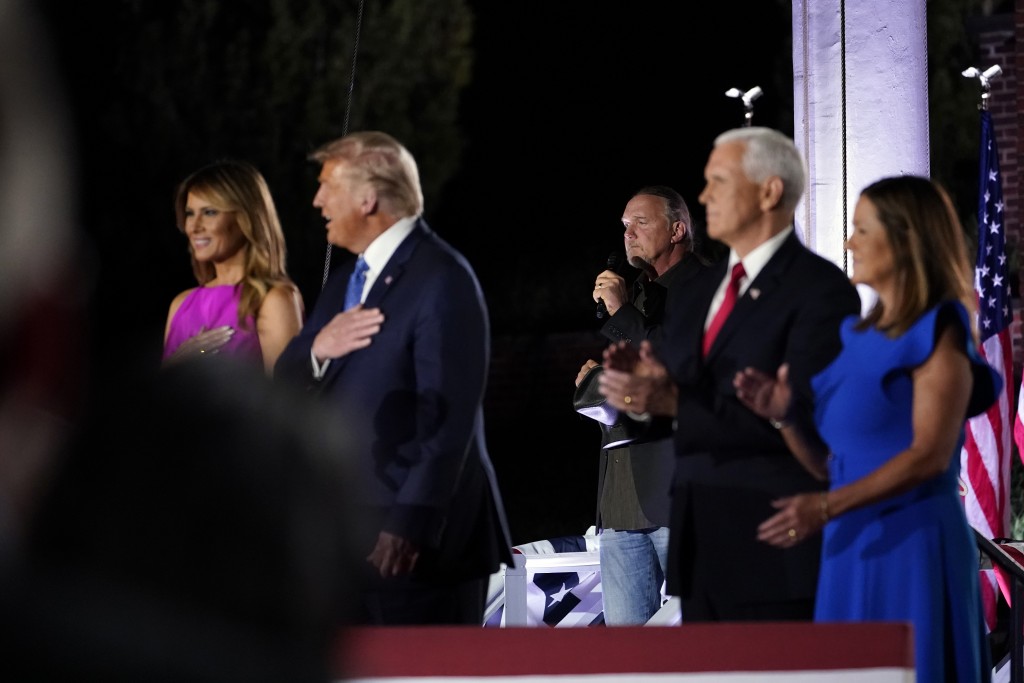 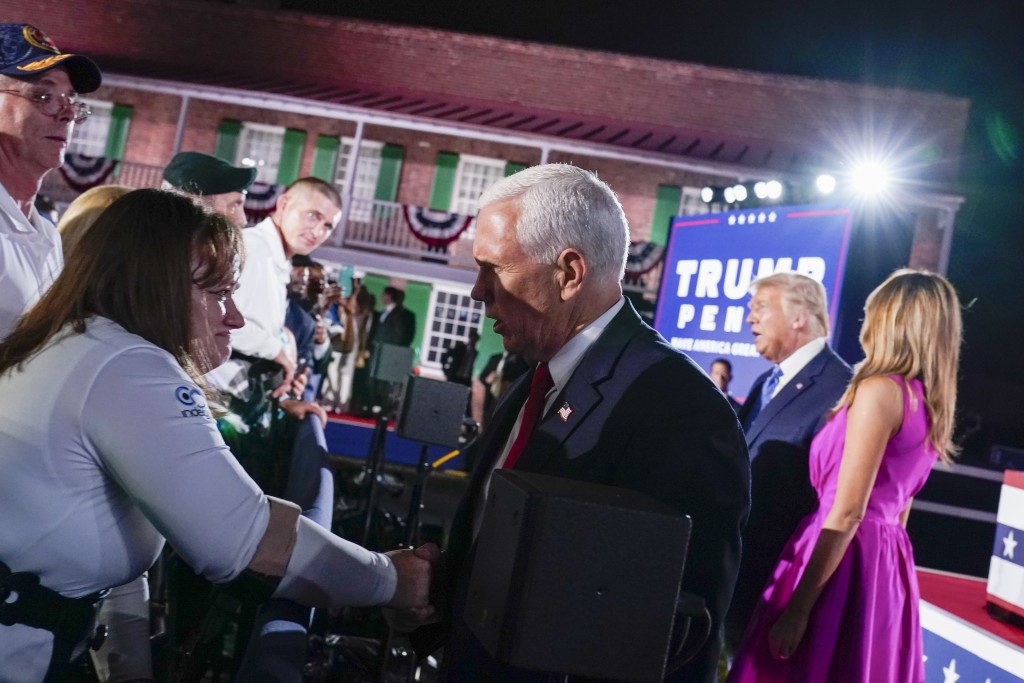 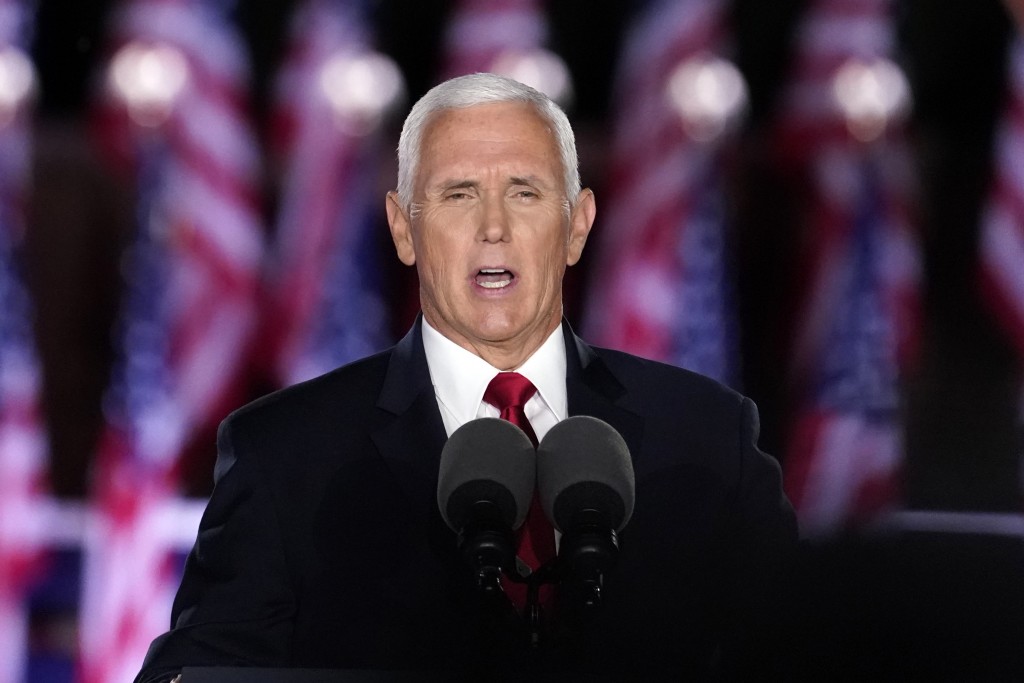 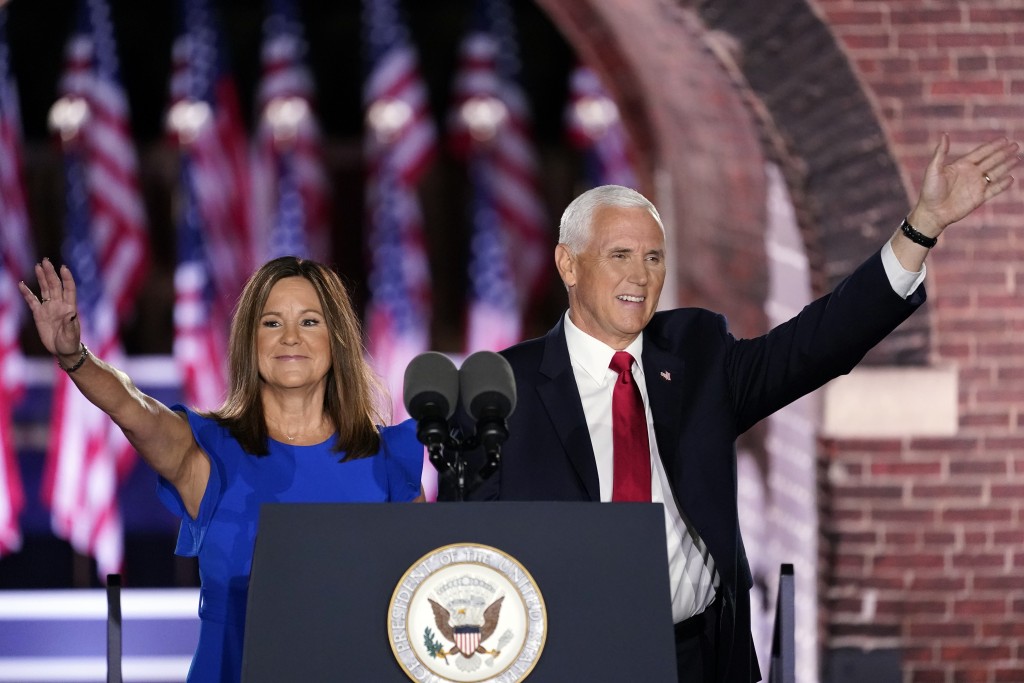 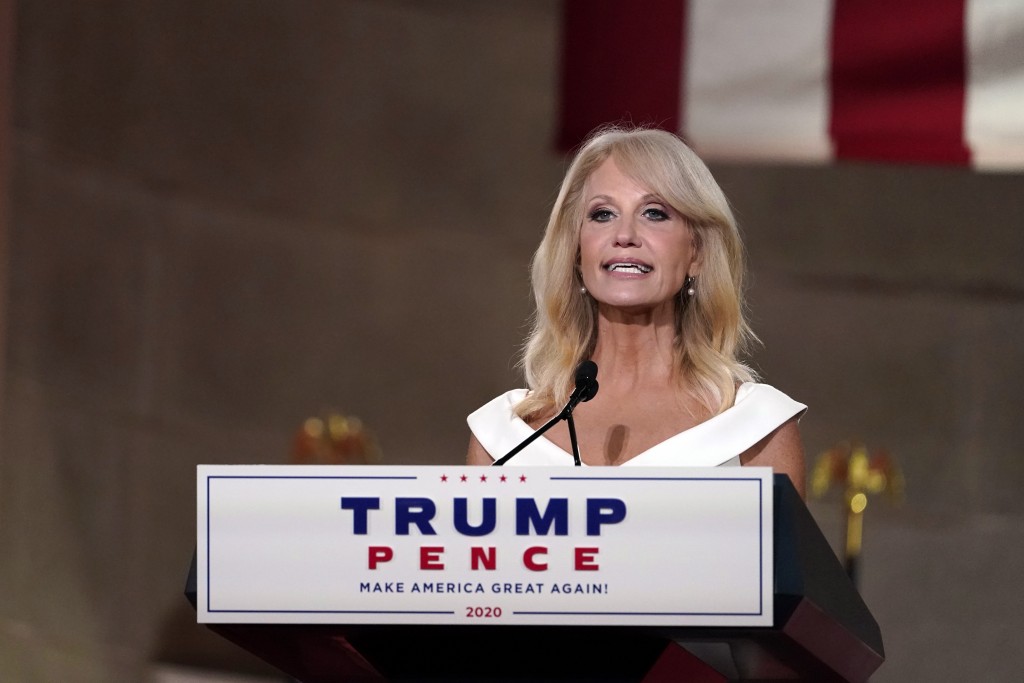 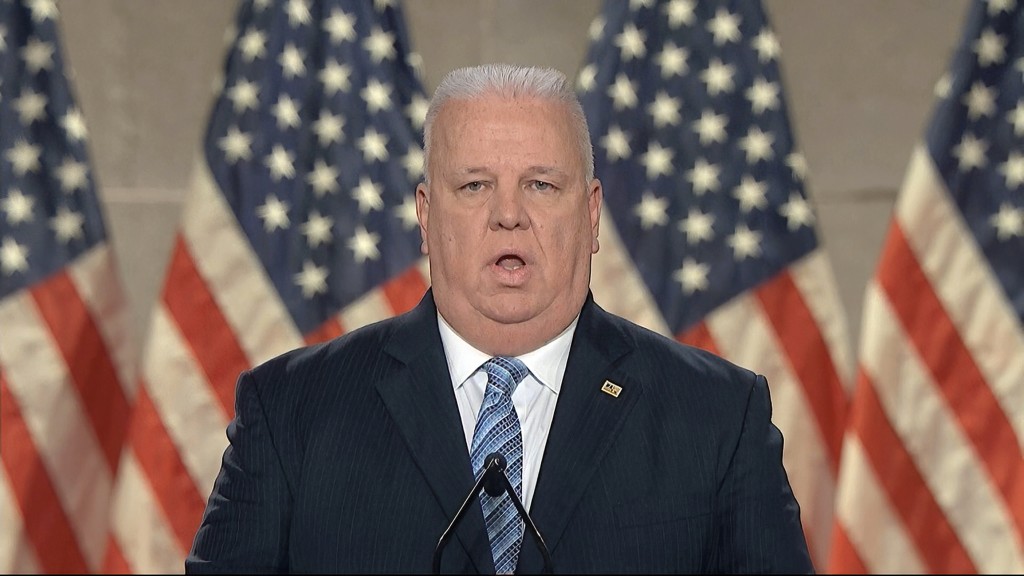 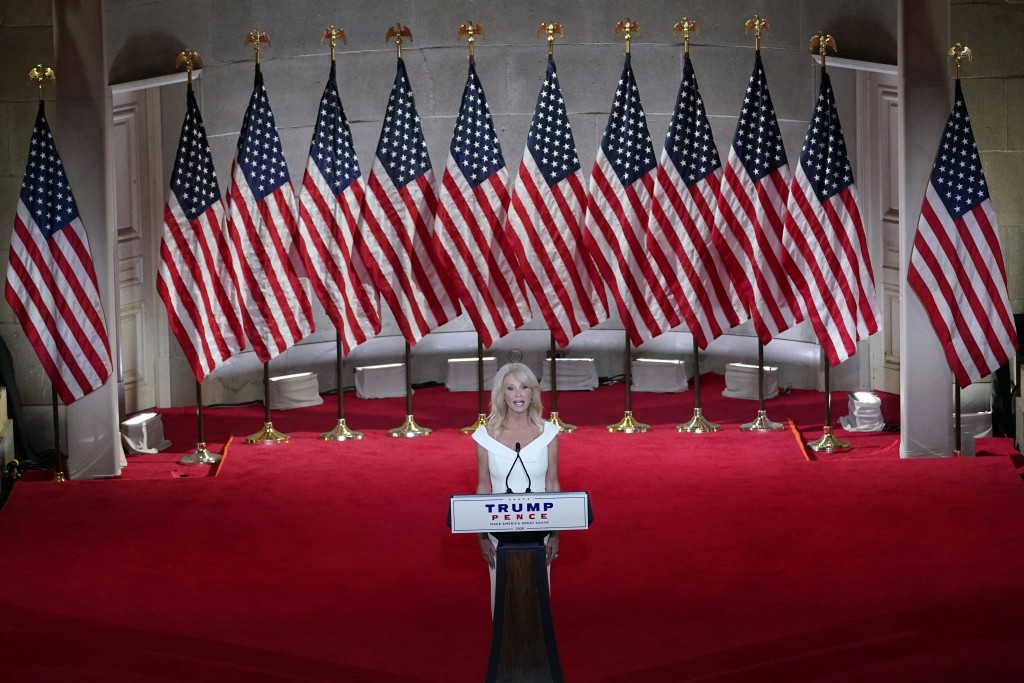 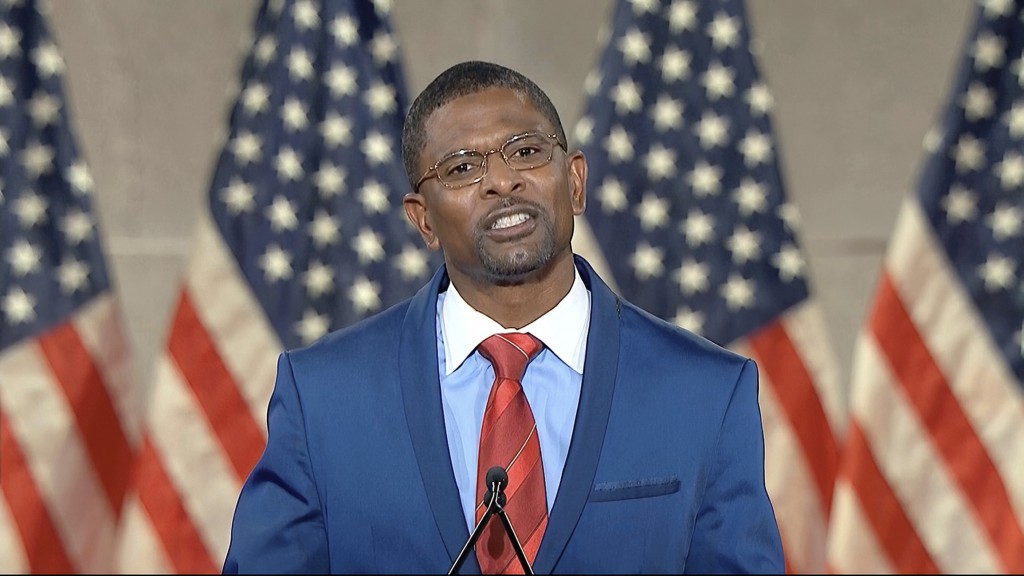 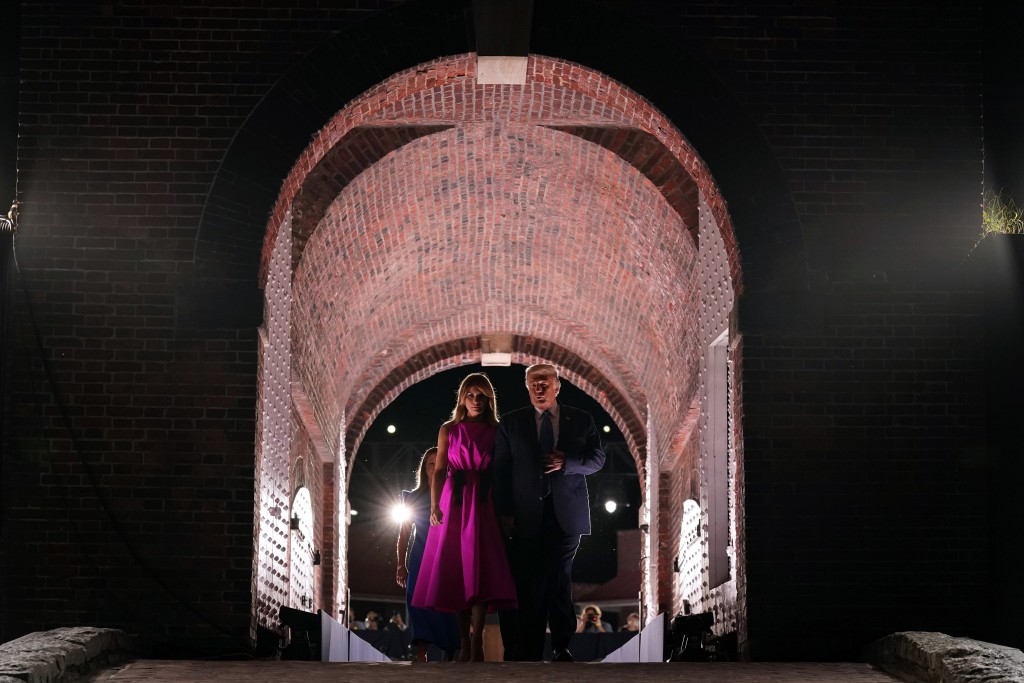 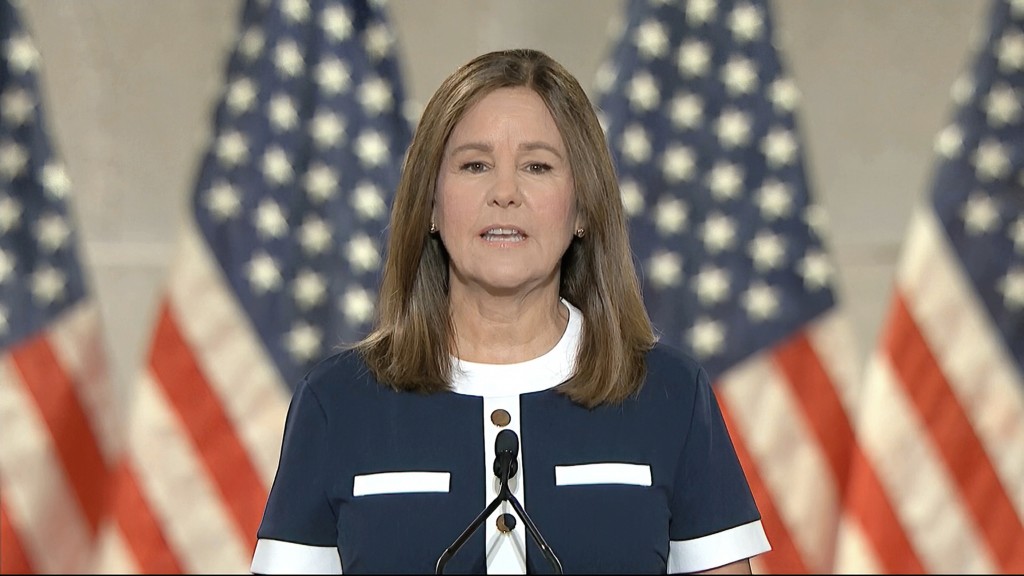 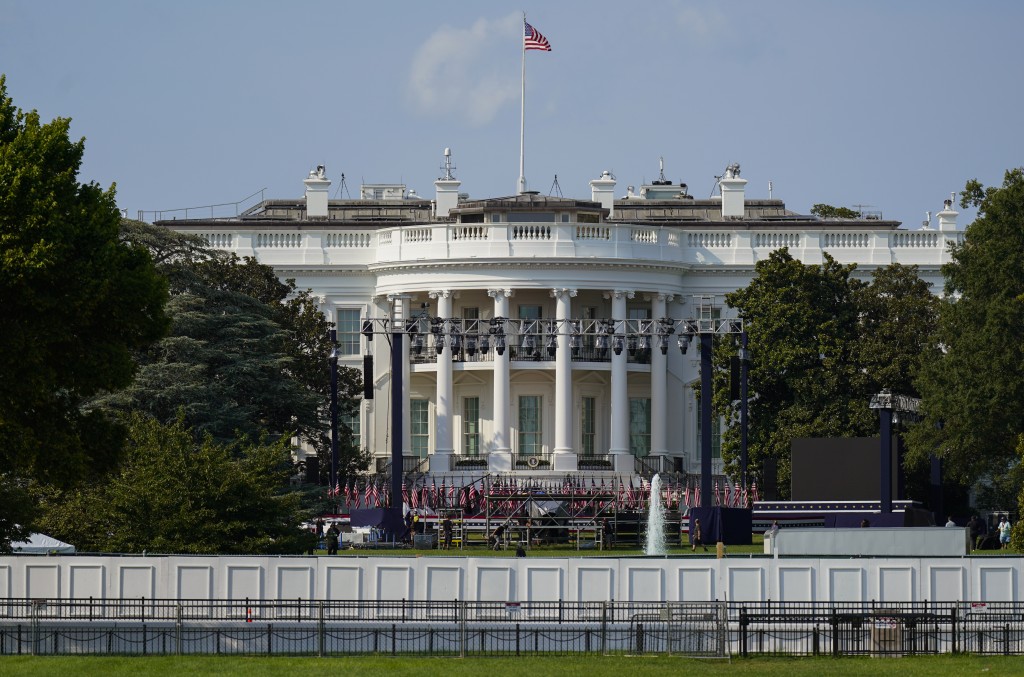 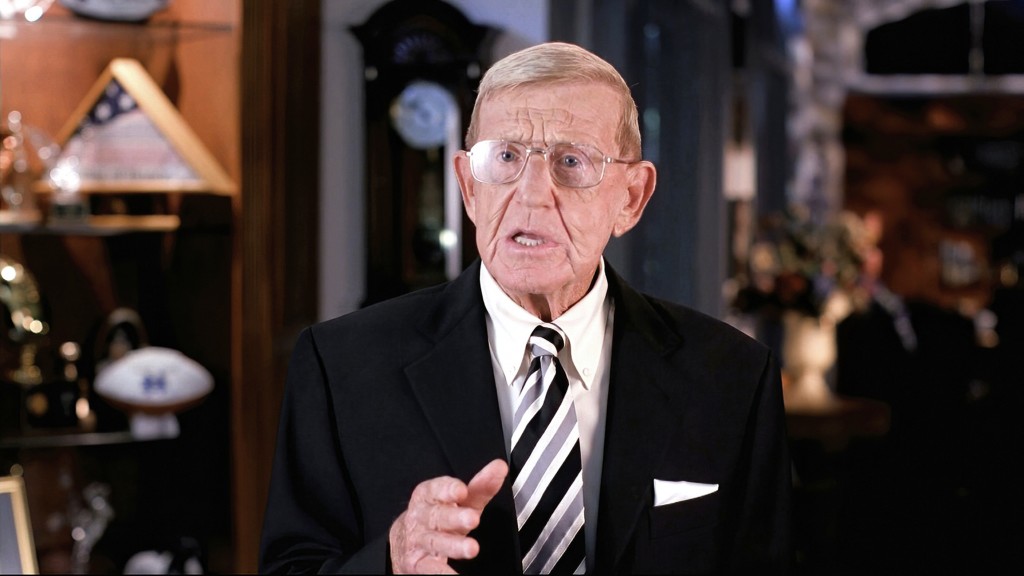 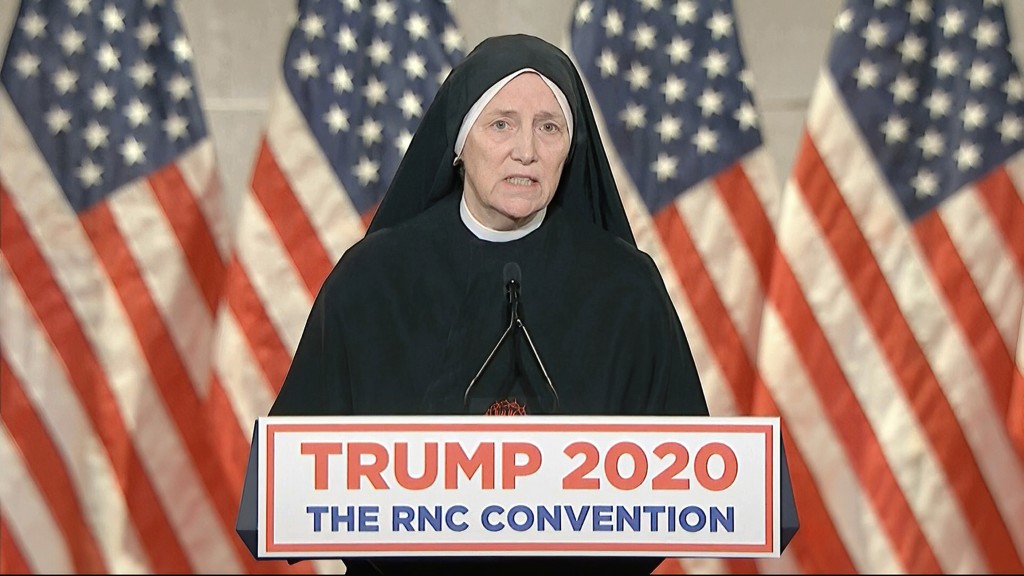 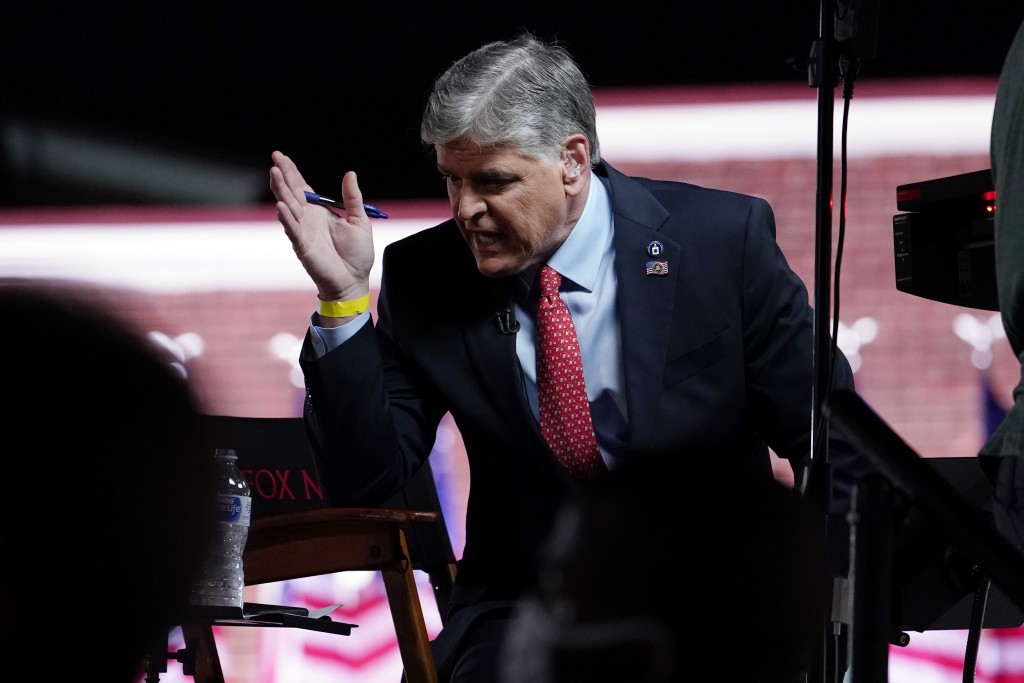 BALTIMORE (AP) — Vice President Mike Pence forcefully defended law enforcement but made no mention of the Black Americans killed by police this year as he addressed Republican convention proceedings that unfolded amid new protests against racial injustice following the latest shooting.

Wednesday evening’s featured speaker, Pence argued that Democratic leaders are allowing lawlessness to prevail from coast to coast. He and others described cities wracked by violence, though protests in most locations have been largely peaceful.

“The American people know we don’t have to choose between supporting law enforcement and standing with African American neighbors to improve the quality of life in our cities and towns,” he said. He assailed Democratic presidential nominee Joe Biden for saying there is an “implicit bias” against people of color and “systemic racism” in the U.S.

“The hard truth is ... you won’t be safe in Joe Biden’s America,” Pence said. “Let me be clear: The violence must stop – whether in Minneapolis, Portland, or Kenosha.”

Absent from Pence’s 37-minute speech: a direct mention of Jacob Blake, the Black man who was wounded by police on Sunday in Kenosha, Wisconsin. There was also no reference to George Floyd, Breonna Taylor or other Black people who have been killed by police this year, spurring a new nationwide protest movement.

As their convention nears its conclusion on Thursday, Republicans are seeking to reconcile their depiction of President Donald Trump as a smooth, stable leader with the reality that the United States is facing a series of crises that include the demonstrations, a potentially catastrophic hurricane and a raging pandemic that is killing more than 1,000 Americans a day.

The historic convergence of health, economic, environmental and social emergencies is only increasing the pressure on Trump, as he looks to reshape the contours of his lagging campaign against Biden with Election Day just 10 weeks off and early voting beginning much sooner.

The convention keynote gave Pence another opportunity to demonstrate his loyalty to Trump. The vice president, who is also the chair of the White House coronavirus task force, defended the administration’s handling of the pandemic, a political liability that was otherwise largely absent from the convention program. He also delivered sober, encouraging words to Gulf Coast residents as Hurricane Laura neared.

“This is a serious storm,” Pence said. “And we urge all those in the affected areas to heed state and local authorities. Stay safe and know that we’ll be with you every step of the way to support, rescue, respond, and recover in the days and weeks ahead.”

Positioning himself as a potential heir to Trump in 2024, Pence delivered sharp attacks against Biden, but also presented an optimistic vision of the country’s future. He spoke from Baltimore’s Fort McHenry, where an 1814 battle inspired the National Anthem — which has been at the center of a cultural debate, fueled by Trump, over athletes who kneel rather than stand in protest of racial injustice.

Trump made an unannounced appearance to join Pence after his remarks for a performance of the anthem at the fort. The president, vice president and their wives later greeted guests, some of whom were in walkers and stood for the anthem.

Some in the crowd gathered close together to get a glimpse of the Pences and Trumps in violation of social distancing guidelines. Pence was seen shaking a greeter’s hand.

While the Fort McHenry speech was orchestrated to present a grand scene, earlier portions of the program were lower energy. The show for Americans at home lacked some of the production elements that had made previous nights memorable, including slickly produced videos and surprise announcements, such as an unexpected presidential pardon and a citizenship ceremony.

Besides Pence, there was no major headline speaker and few boldface names. George W. Bush, the sole living former Republican president, isn’t expected to address the convention. Mitt Romney, the party’s 2012 nominee who has emerged as a Trump foe, is also absent from the lineup.

The convention unfolded after three nights of protests in Kenosha prompted Trump to issue repeated calls for Democratic Gov. Tony Evers to increase the deployment of National Guard troops to help keep the peace. Trump also directed the Department of Justice to send FBI agents and U.S. marshals to the city as reinforcements, a day after a white 17-year-old who had been outspoken in support of police, was accused of killing two protesters and wounding another.

Many of the speakers Wednesday night reinforced Trump’s law-and-order message, warning that electing Biden would lead to violence in cities spilling into the suburbs, a message with racist undertones. Trump’s campaign believes his aggressive response will help him with suburban women who may be concerned by the protests — though it may only deepen his deficit with Black voters.

The Trump campaign’s focus on law enforcement continued a weeklong emphasis on motivating his political base — rather than appealing to moderate voters.

An August Fox News poll found that registered voters were somewhat more likely to say they trusted Biden than Trump on handling issues related to policing and criminal justice, 48% to 42%, and significantly more likely to trust Biden than Trump on handling race relations, 53% to 34%. Biden’s advantage on criminal justice issues mirrored his advantage overall.

Michael McHale, the president of the National Association of Police Organizations, told the convention, “The violence and bloodshed we are seeing in these and other cities isn’t happening by chance. It’s the direct result of refusing to allow law enforcement to protect our communities.”

And Burgess Owens, a former NFL player now running for Congress in Utah, declared, “This November, we stand at a crossroads. Mobs torch our cities while popular members of Congress promote the same socialism that my father fought against in World War II.”

“This is the man I know and the president we need,” said Conway, a week before she is to leave the White House. “He picks the toughest fights and tackles the most complex problems. He has stood by me, and he will stand up for you.”