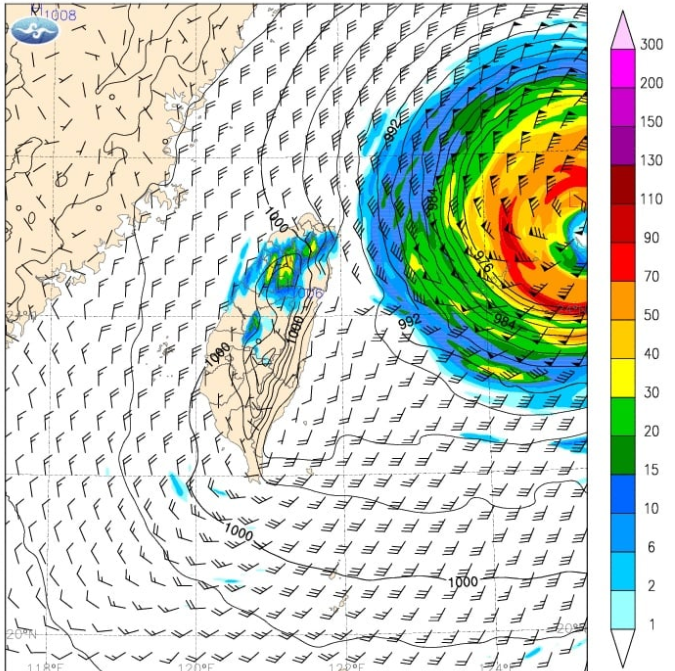 TAIPEI (Taiwan News) — As parts of south Taiwan were battered by torrential rain Thursday (Aug. 27), the chief of the Central Weather Bureau (CWB) expressed the hope that the country would be spared the onslaught of Typhoon Maysak at the beginning of the new month next week.

As of Thursday, the next storm was still a low-pressure area over the Pacific Ocean east of the Philippines, but it was likely to develop first into a tropical depression and then into a tropical storm on Saturday (Aug. 29), CWB Director-General Cheng Ming-dean (鄭明典) told CNA.

“This typhoon is a bit too big, too strong, we don’t welcome it,” he wrote on his Facebook page, adding that according to current international forecasts, it was unlikely to hit Taiwan directly but would move north over the Pacific instead.

It was still too early to tell whether or not the outer rim of Typhoon Maysak, the ninth storm of the season, would have an impact on the island’s weather, Cheng said.

Okinawa and Korea were most likely to bear the brunt of the storm, according to forecasters. Earlier Thursday, the previous typhoon, Bavi, made landfall in the border area between China and North Korea.

Last weekend, Bavi passed off east Taiwan and forced the cancellation of firework shows that were rescheduled for the Aug. 29-30 weekend.