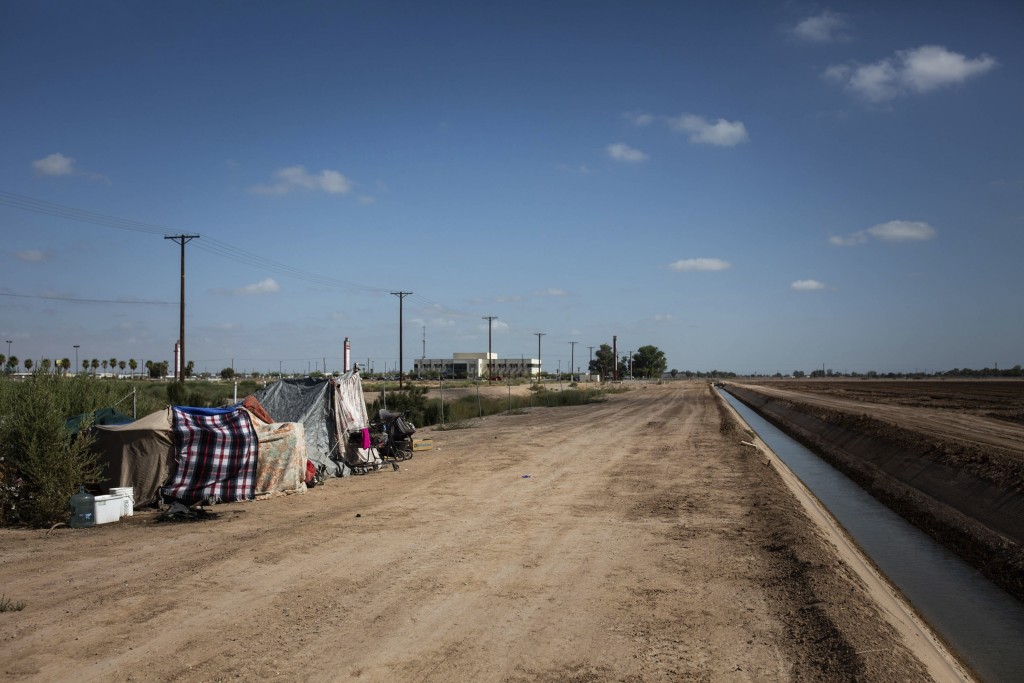 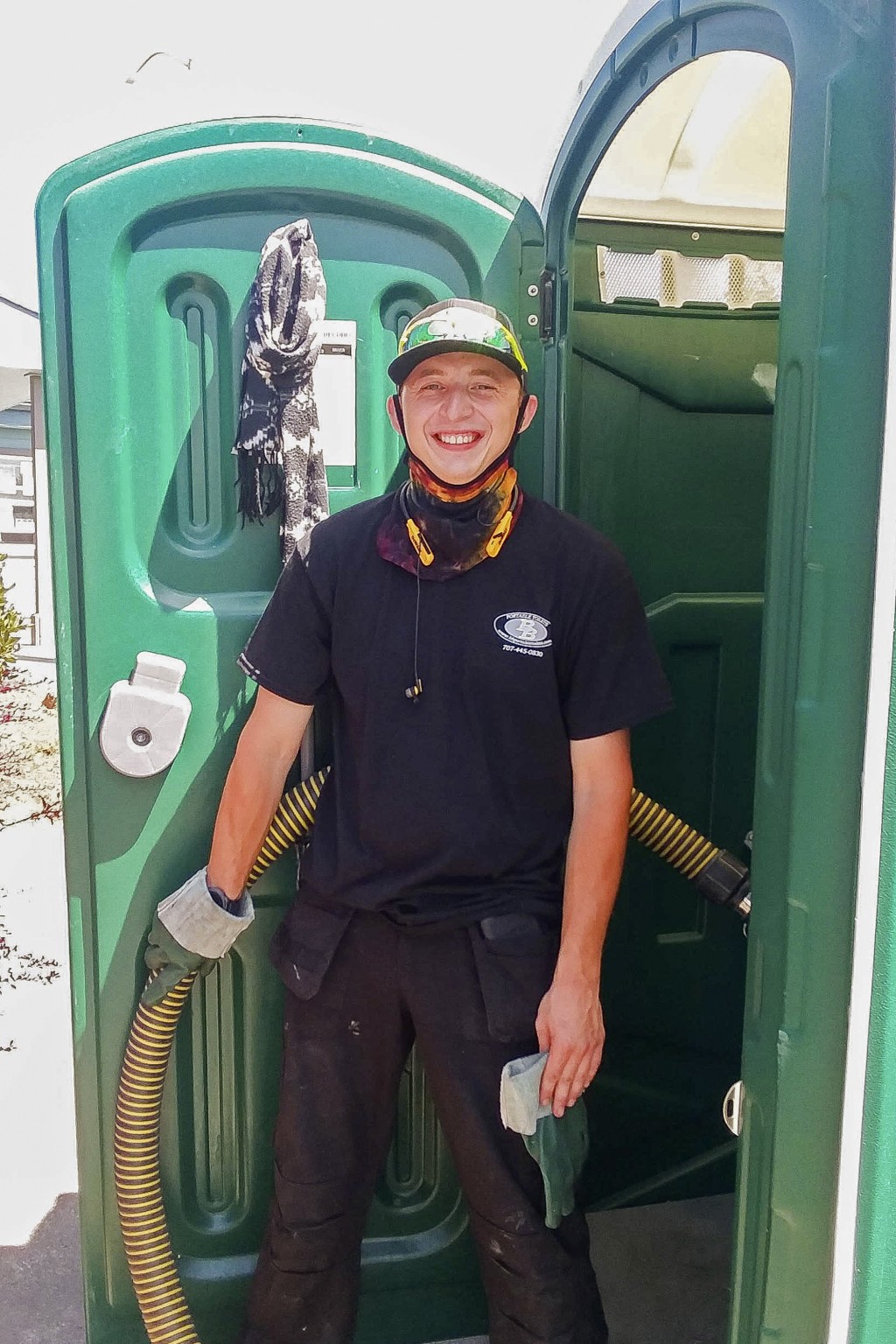 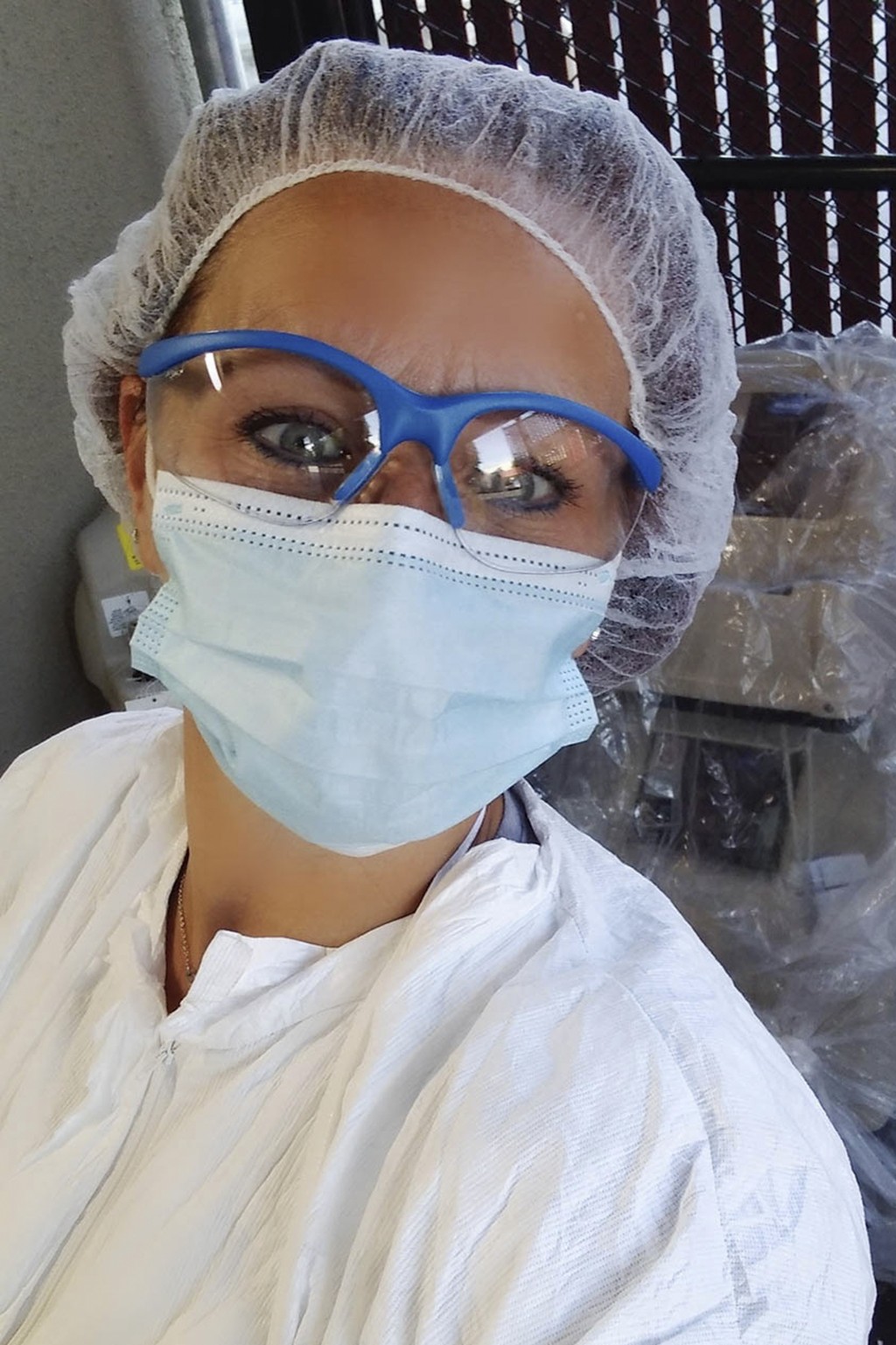 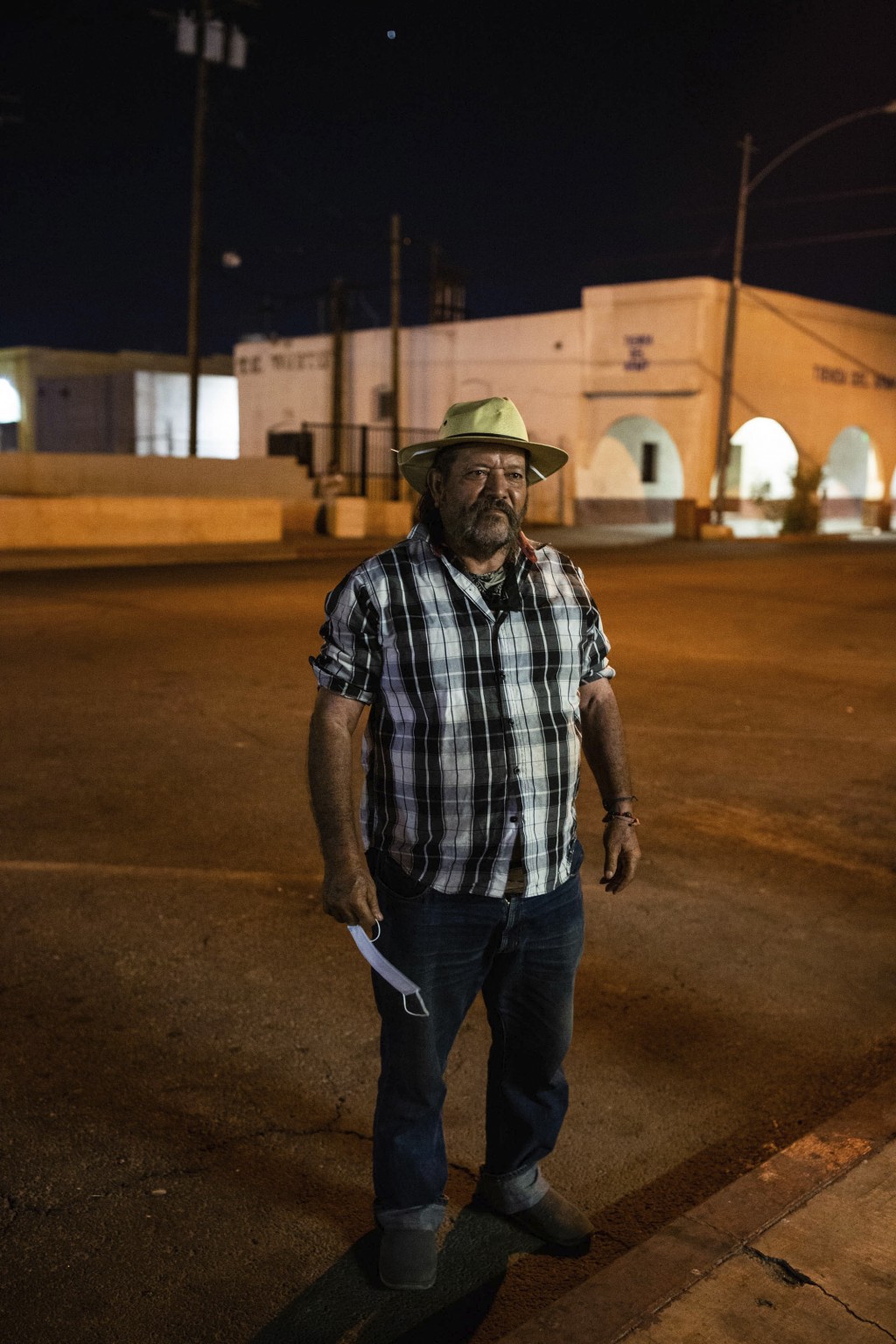 At the beginning of the pandemic, Tiffany Cordaway’s biggest struggle was finding a place to shower. She worked two jobs in northern California, disinfecting medical equipment during the day and caring for an elderly couple overnight. When she finally clocked out, she just wanted to clean off.

But she had nowhere to do that. Cordaway, 47, was homeless, sleeping in a friend’s car between her two eight-hour shifts. Unlike her co-workers who talked about showering when they got home, she worried about finding hot water and a place to clean up where no one could see her. Some nights, she just washed from a two-liter bottle of water.

“I was hearing them talk about how, ‘Oh, I’m going to go home and the first thing I do is walk in the house and, you know, go straight to the shower,’” she said. “And here in the back of my mind I’m thinking, ‘God, I wish I could do that.’”

This story was supported by the Pulitzer Center and produced by the Howard Center for Investigative Journalism at Arizona State University’s Walter Cronkite School of Journalism and Mass Communication.

It’s a common misconception that homeless people are unemployed, but experts say between 25% to 50% of this population works. In the era of COVID-19, that means many homeless employees are working low-wage essential jobs under conditions that put them at risk of catching or spreading the virus.

Cordaway said her typical workday at a health care company in Milpitas, California, involves cleaning and sterilizing respiratory equipment, including some used by COVID-19 patients.

She said she worried about exposing her elderly clients to the virus and took precautions, such as spraying her clothes and shoes with the same disinfectant spray she used at work and changing before reporting for night duty.

In May, Cordaway moved out of her friend’s car into a rented room in a house. But the homeowner took in other homeless people who shared common spaces, she said, and she didn’t feel safe there. In early August, she moved into a studio apartment at an extended stay hotel.

“People who are homeless don’t just, like, sit in a shelter, like a defined population,” said Dr. Kelly Doran, a New York City emergency physician whose expertise includes homelessness. “They’re moving out into the world and, you know, risk and potential to transmit the virus kind of goes with them.”

Many who work with homeless communities are reluctant to speak about this risk for fear of further stigmatizing homeless people, even though they do the front-line jobs others avoid.

Collecting data on homeless people who work was inconsistent even before the pandemic.

The last national effort to do so was in 1996, partially funded by the U.S. Department of Housing and Urban Development, the main federal agency overseeing homeless programs. It found that 44% of homeless people were employed.

HUD requires biennial snapshots of the nation’s homelessness using “Point-in-Time Counts” done by the department’s 400 local and regional planning bodies. Although some attempt to track employment, they are not required to do so.

A review by the Howard Center for Investigative Journalism of the recent Point-in-Time reports turned up just 44 jurisdictions that had employment information for homeless people. Of those, the average employment rate was about 19%. This provides just a glimpse of reality; information from about half of the locations could not be found.

Even the nation’s homelessness czar seemed unaware of the extent to which homeless people work.

“Our folks are not in the service industry on a regular basis,” Robert Marbut, executive director of the United States Interagency Council on Homelessness, told the Howard Center. “Our people work much more of a gig hourly, cash below the table.”

Several homeless shelters throughout the country have long served individuals and families who are employed, and now in the era of COVID-19 they’re taking extra precautions to keep their residents safe.

In New York City, two shelters operated by the Bowery Residents’ Committee, a nonprofit that provides housing and workforce development services to homeless people, moved their working residents from congregate shelters to hotel rooms when the pandemic hit.

Roof Above, in Charlotte, North Carolina, converted an empty dormitory into separate housing in late May for its homeless residents who work to reduce the risk. Liz Clasen-Kelly, the organization’s chief executive officer, acknowledged there’s still risk in sharing a bathroom with eight other men, but less than if they were in the shelter.

“It’s a double risk,” she said of what both homeless workers and their communities face. “It would be like if people in nursing homes were also going out to a shopping mall every day.”

Homelessness in many forms

Homelessness looks different in different parts of the country, especially in rural agricultural regions such as Imperial County, California.

Homeless people there range from off-the-grid squatters in Slab City, named for the remains of a World War II military base, to migrant workers and day laborers who cross into the United States from Mexico. Many are what experts consider “marginally housed” because they either sleep in a car or “couch-surf” with friends, or their housing status changes regularly.

HUD’s Point-in-Time counts do not include these people as homeless. But when researchers in 2013 included them in homeless data from El Paso, Texas, that added about 11% to the homeless roll. They recommended HUD consider counting marginally housed individuals, who they found were mostly Latinos.

Each type of living arrangement carries its own particular risk in the COVID-19 pandemic.

“This issue is not something that’s just afflicting low-wage workers,” said Edward Flores, a sociologist at the University of California, Merced who studied the convergence of poverty, large households and COVID-19 infection rates. “It’s also afflicting the people in the households that they live with, because if they contract COVID in the workplace and they come back to a home that has many more people, that has different public health implications than if they had a smaller household size.”

Imperial County has had the highest rate of COVID-19 infections in California and topped the Howard Center’s list of the 43 most vulnerable counties in terms of infection rate and new infections throughout much of the summer. Highlighting a pattern of the pandemic in which people of color have been most impacted, Latinos comprised a disproportionate share of casualties.

In his study, Flores found that Imperial and 13 other counties in California with large households of low-wage workers, including Imperial, had the highest infection rates. He said the data he analyzed seemed to reflect households with multigenerational families, rather than farm workers living in labor camps or other institutionalized settings.

Unhoused farm workers can be found “sleeping in a car or sleeping under a bridge,” Flores said. “This type of homelessness looks a little bit different than maybe what you find in inner cities.”

Sergio Gomes Macias, 65, is one such worker. His low-paying job makes it difficult to afford a place to live, so he sleeps on a bench under the palm trees in Calexico, about 500 feet from the border with Mexico. The pandemic has made it hard to find food, water, restrooms and shelter after non-essential businesses closed amid high infection rates.

Macias said he typically wakes around 2 a.m. when farmworkers gather to be driven to the fields. He listens to people talking across the street to see if there’s a chance he can find work that day. Despite the pandemic, and the fact that co-workers have died, he continues to work.

“If you are able to shelter in place and work from home, you are very protected from this pandemic,” said Kushel, the national homelessness expert. “Everybody else is very at risk.”

This story was supported by the Pulitzer Center and produced by the Howard Center for Investigative Journalism at Arizona State University’s Walter Cronkite School of Journalism and Mass Communication, an initiative of the Scripps Howard Foundation in honor of the late news industry executive and pioneer Roy W. Howard. For more see http://azpbs.org/covid-homeless.