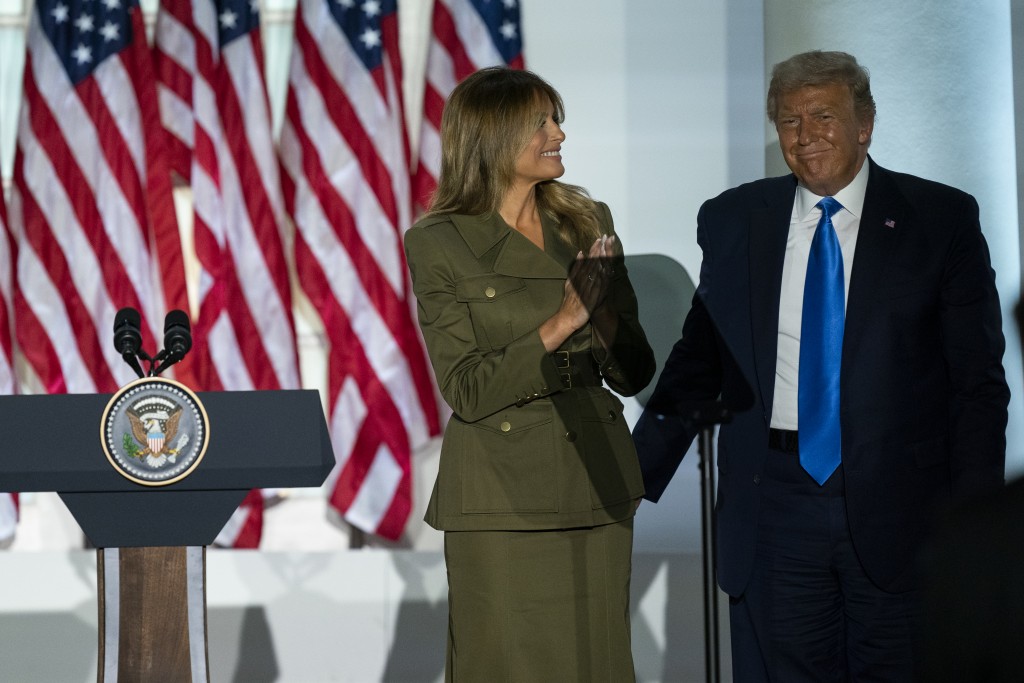 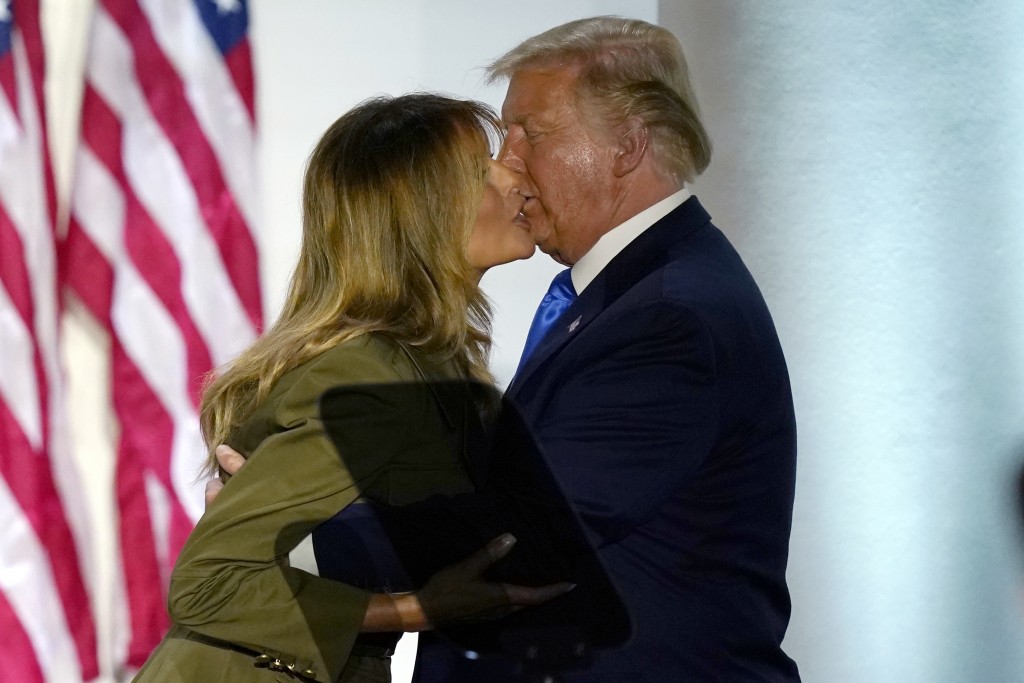 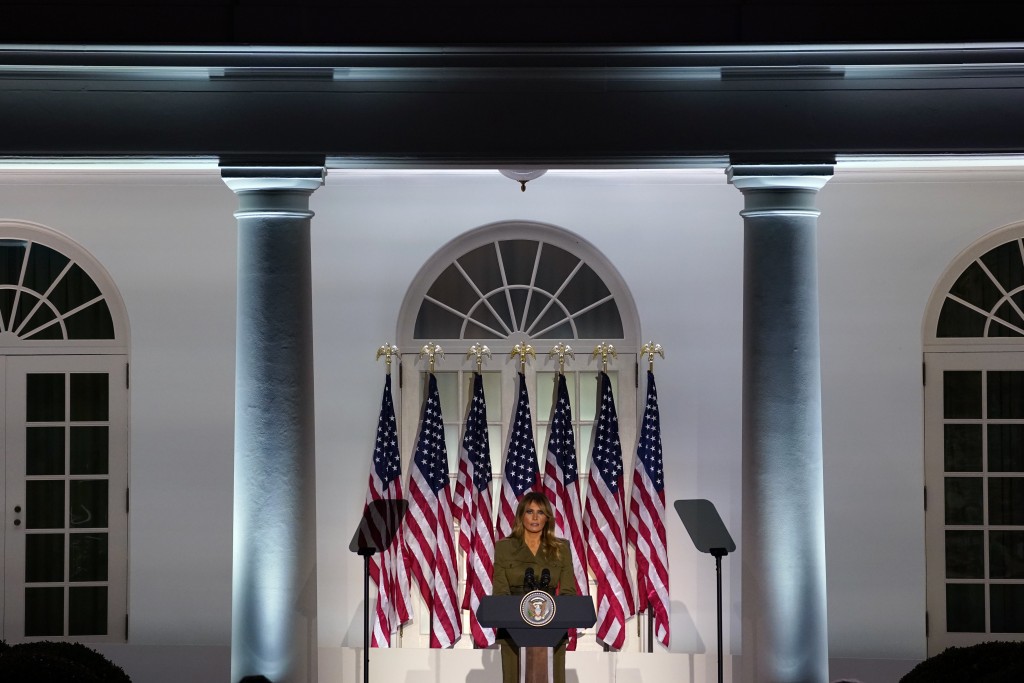 WASHINGTON (AP) — At President Donald Trump’s Republican convention, he is welcoming to immigrants, not the architect of some of the nation’s harshest anti-immigration policies.

At Trump’s convention, the coronavirus pandemic has largely subsided, not continued to infect thousands of Americans a day. The economy is booming, not sputtering. Trump is a leader in healing racial strife, not stoking divisions.

Tuesday’s gauzy prime-time programming amounted to an airbrushing of some of the darker and more controversial episodes of Trump’s nearly four years in office — an effort to urgently address the vulnerabilities that have imperiled his reelection prospects just over two months until his November face-off against Democrat Joe Biden.

His campaign and his party were effectively asking voters to believe a polished and packaged portrait of the president more than the unrestrained version Trump puts on display each day. That version of Trump may energize his most ardent supporters, but it frequently frustrates more moderate Republicans and has alienated some voters, including many suburban women, that Trump wants to win back before Election Day.

The gap between reality and convention rhetoric was particularly glaring on immigration, the signature issue of Trump’s political rise and his presidency. Trump ran for office in 2016 on a platform to dramatically crack down on immigration, both illegal and legal. Since winning the White House, he has fundamentally transformed the nation’s immigration system, including effectively ending asylum at the southern border and trying to scare people off crossing the border illegally by separating children from their parents.

But Trump’s convention made scant reference Tuesday to those policies and only passing nods to his signature plan to build a wall along the U.S.-Mexico border. Instead, the most prominent mention of immigration came during a taped segment in which Trump oversaw a naturalization ceremony at the White House, jovially congratulating five immigrants as they were sworn in as new American citizens.

“You’ve earned the most prized, treasured, cherished and priceless possession anywhere in the world. It’s called American citizenship,” Trump said. He made no mention of the fact that he has also systematically made it much harder for people to come to the U.S. legally to work, study or settle in the country.

Trump has long been adroit at creating an alternate reality and is often unconcerned with shifting focus when it’s politically expedient. It’s been a signature of his business life and his rise in politics, and now, as he is nominated by the Republican Party for a second term, he is doing so with the White House as a literal backdrop.

To be sure, political conventions are always aimed at creating a lofty image of a presidential candidate — a days-long opportunity for their party to control their own narrative and shape their own story. For example, Biden’s convention last week spun his more than four decades in Washington as necessary experience in a moment of crisis rather than the mark of a politician past his prime, as many Republicans contend.

But Trump’s challenge in shifting public perception is made more difficult, both because he is running on a real record from his nearly four years in office and because his campaign is asking Americans to look past many of the crises that are still actively battering the country.

That’s particularly true regarding the pandemic, which has killed more than 170,000 Americans this year, but was largely an afterthought in Tuesday’s convention proceedings. Larry Kudlow, a top Trump economic adviser, described the pandemic in the past tense, not as a virus that continues to upend nearly every aspect of American life. Only first lady Melania Trump, the night’s final speaker, paid sustained tribute to those who have died this year.

“I want to acknowledge the fact that since March our lives have changed drastically,” Mrs. Trump said in a convention address from the White House Rose Garden. “My deepest sympathy goes out to everyone who has lost a loved one and my prayers are with all those who are ill or suffering.”

The virus has also cratered the U.S. economy, shuttering businesses across the country and sending the unemployment rate soaring above 10%. Though some of aspects of the economy have recovered as cities and states have eased pandemic-related restrictions, the economy overall is in a far different place than it was at the start of the year.

Nearly half of Americans whose families experienced a layoff during the pandemic believe those jobs are lost forever, according to a July poll from The Associated Press-NORC Center for Public Affairs Research. Yet the convention featured Americans and political leaders heaping praise on Trump’s economic stewardship, describing the economy in glowing terms that no longer apply to many Americans.

Trump’s campaign also made a concerted effort to showcase a diverse array of speakers, particularly Black Americans, in a nod to the racial strife that has coursed through the country following the deaths of George Floyd and others while in police custody. Speakers defended Trump against charges of racism, but made no mention of his heated rhetoric about the protests that followed Floyd's death and the aggressive crackdown on the crowds that gathered outside the White House earlier this summer.

Polling also underscores the reality of Trump’s abysmal support among Black voters, despite the diverse lineup on the convention stage. According to a Gallup poll, Trump’s approval rating among Black Americans has hovered around 1 in 10 over the course of his presidency.

Editor’s Note: Julie Pace has covered the White House and politics for the AP since 2007. Follow her at http://twitter.com/jpaceDC