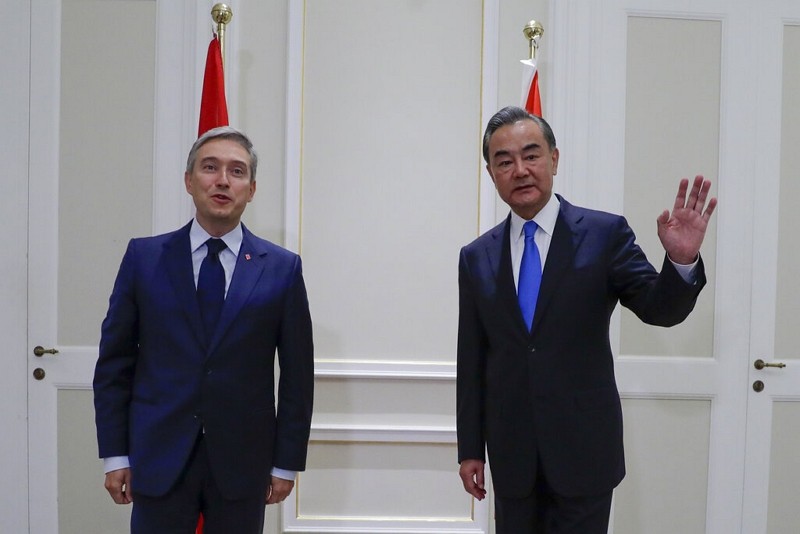 Champagne also raised Canada's opposition to China over its treatment of Hong Kong, said a government official who requested anonymity given the sensitivity of the situation.

Champagne, in Europe on an official trip, met Wang in a hotel for 90 minutes. The two men previously held face-to-face talks in Japan in November 2019.

Soon after, China arrested Canadians Michael Spavor and Michael Kovrig and charged them with spying. It also blocked imports of some canola seed.

"Minister Champagne again reiterated that the cases of Michael Kovrig and Michael Spavor remain a top priority ... and that Canada continues to call on China to immediately release both men," the Foreign Ministry said in a statement.

The Chinese foreign ministry said Wang told Champagne that Canada's unprovoked detention of Chinese citizens led to "serious difficulties" in the bilateral relationship. It added in a statement that Wang urged Ottawa to take action as soon as possible to remove impediments to the further development of China-Canada ties.

Beijing's account of the meeting did not mention Huawei's Meng or Champagne's call for China to release Kovrig and Spavor.

The Canadian foreign ministry said Wang and Champagne also "discussed the importance of global collaboration in the face of COVID-19, including the search for a vaccine", it said.