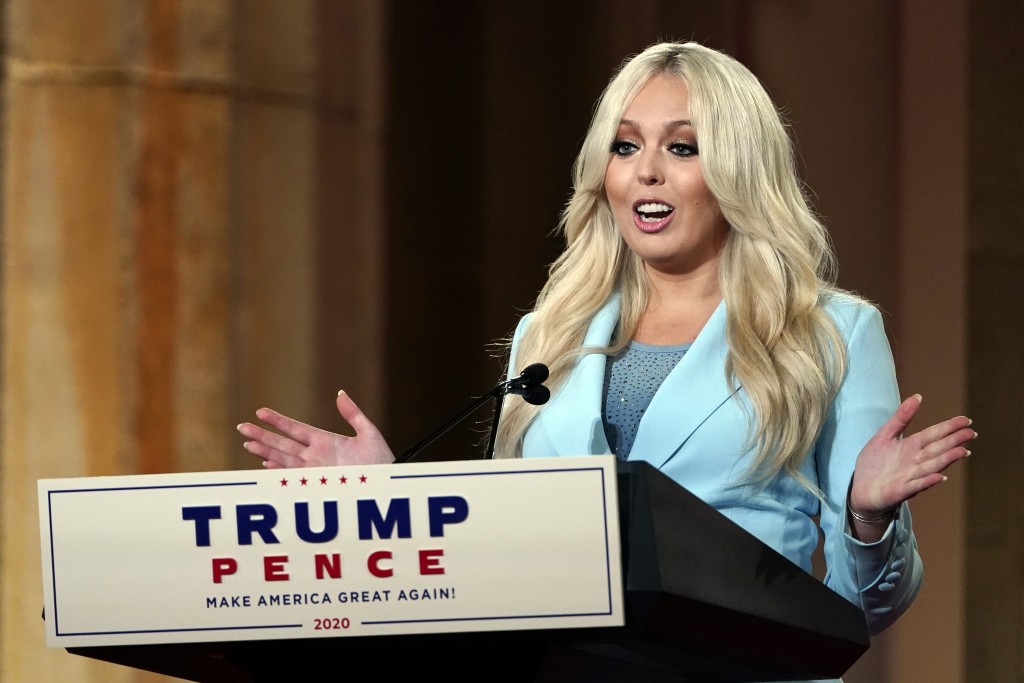 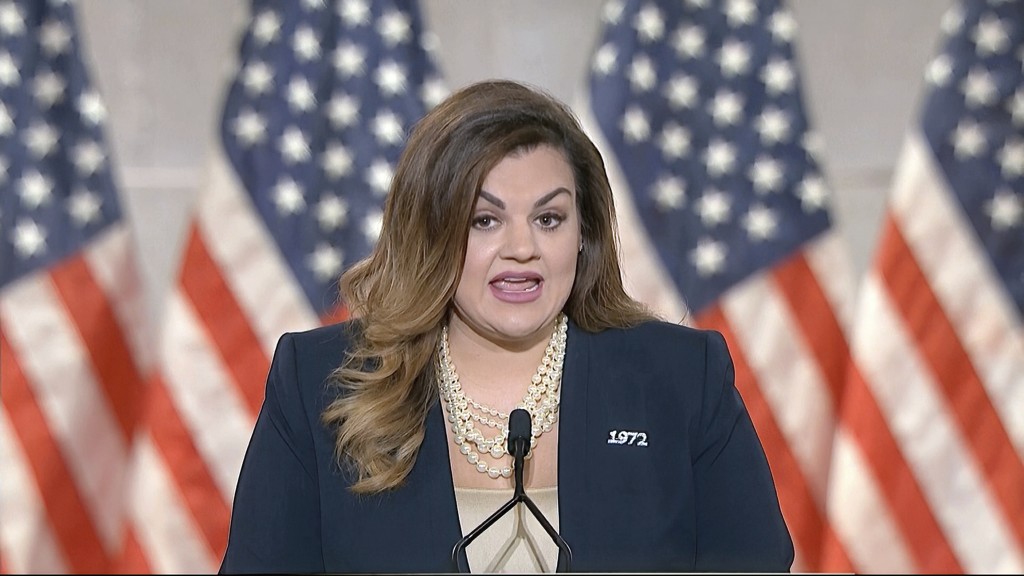 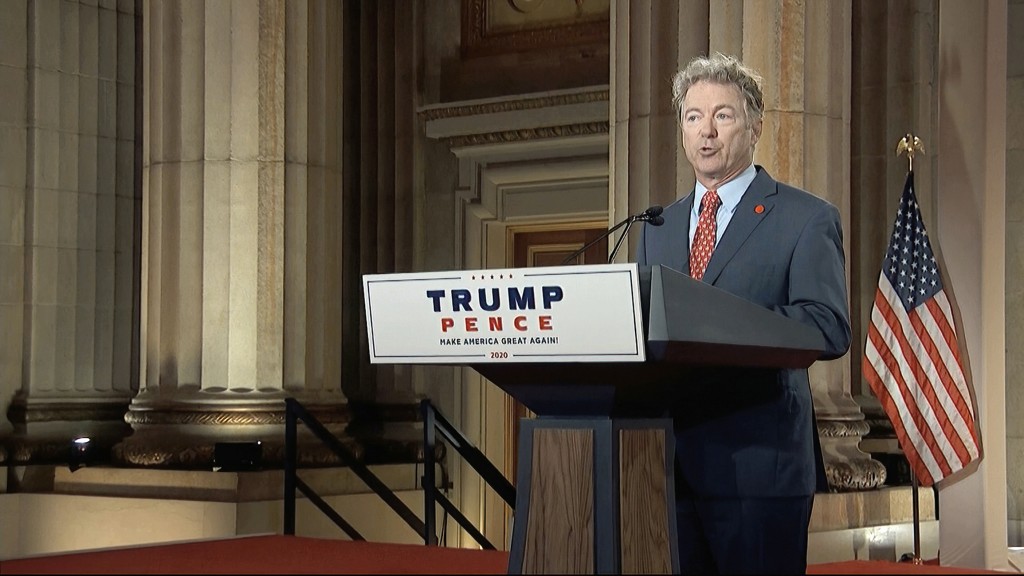 WASHINGTON (AP) — The second day of the Republican National Convention started with a decidedly different, more positive tone, with an emphasis on Americans who say have they benefited from President Donald Trump’s policies.

Here are some takeaways from the second night.

For technical reasons, Republicans did not vote on a new platform this year, but on Tuesday they tried to make clear what they stand for.

The night’s program offered snapshots both of how the GOP has changed since Trump’s insurgent candidacy took over the party four years ago and what has remained the same.

There were longtime standards — opposition to abortion and hardline policies on immigration — but also Trump's rewiring of the GOP’s one-time free market orthodoxy on trade and its interventionist foreign policy.

Like Democrats before them, Republicans put forth “real people” to make Trump's point.

John Peterson, who owns a metal fabrication company in Wisconsin, highlighted Trump’s efforts to reinvigorate domestic steel manufacturers with tariffs on China. Jason Joyce, a Maine lobster fisherman, credited Trump with helping to save his industry from cheap exports from China. “I have to confess: I didn’t support Trump in 2016,” said Joyce. “Skeptical that he shared my conservative views, I expected him to flip-flop on his campaign promises. But he has followed through on his promises.”

Republicans also showcased Trump’s signing of criminal justice reform legislation — an issue on which the GOP had resisted moving in prior administrations. He then pardoned a convicted bank robber, Jon Ponder, during the convention program in a ceremony conducted at the White House, a highly unusual mix of politics and policy from the nation's most famous address.

Trump’s reshaping of GOP’s foreign policy was also on display with the prominent speaking slot for Kentucky Sen. Rand Paul — an outspoken critic of American overseas interventionism. Paul highlighted Trump’s refusal to “leave our blood and treasure in Middle East quagmires” and his push to end “endless wars.”

Those efforts by Trump — particularly his withdrawal last year of nearly all American troops from Syria — led to some of the sharpest criticism from members of his own party in Congress. Now, they are airing in prime time.

The Republicans have an empathy problem.

Trump has long struggled with personal connections in times of tragedy, whether due to natural disasters or mass shootings, a shortcoming highlighted by the suffering due to the COVID-19 pandemic.

His harsh rhetoric and relentlessly optimistic outlook on the crisis — which often flies in the face of the facts — has hurt him, according to campaign surveys, which show that voters believe that Democratic Joe Biden relates far better to their hardships. The Republicans this week have tried to highlight Trump’s softer side, after Democrats effectively showcased the compassion of Biden.

But the attempt to humanize Trump was already in the works, part of a strategy to win back senior and suburban voters who have abandoned him in no small part due to his aggressive rhetoric and lack of obvious empathy during the coronavirus pandemic.

His campaign is relying on testimonials of his family members and those who have been touched by his policies.

Trump’s tolerance for conspiracists and fringe voices who back his political ambitions was on stark display Tuesday.

His campaign was forced to pull a recorded speech featuring a speaker who shared anti-Semitic and other extreme messages on Twitter just hours before it was to air at the convention.

“We have removed the scheduled video from the convention lineup and it will no longer run this week,” said campaign communications director Tim Murtaugh.

Mary Ann Mendoza had been scheduled to deliver remarks Tuesday night to highlight the president’s fight against illegal immigration. Mendoza’s son was killed in 2014 in a head-on collision by a man who was under the influence and living in the U.S. illegally.

Mendoza’s speech was pulled after she spread tweets related to the baseless QAnon conspiracy theory, which centers on an alleged anonymous, high-ranking government official known as “Q” who shares information about an anti-Trump “deep state” often tied to satanism and child sex trafficking.

Earlier Tuesday, a Republican congressional nominee from Georgia who supports the QAnon theory revealed she had been invited to the convention.

Marjorie Taylor Greene posted a photo of the invitation to her Twitter account Tuesday. She wrote that she was “honored and thrilled to be invited to attend President Trump’s acceptance speech Thursday evening at the White House.”

Trump praised Greene as a “future Republican Star” after she won her primary earlier this month. He has courted the support of QAnon believers, saying, “I heard that these are people that love our country.”

The RNC did air a speech by anti-abortion activist Abby Johnson. She has previously advocated for something called “household voting,” saying women should defer to their husbands on making decisions related to politics.

The 2020 Republican National Convention is squarely focused on the election in 70 days. But for some taking the stage, one eye is looking four years down the road.

And, of course, Vice President Mike Pence will speak Wednesday.

All their fortunes depend to varying degrees on Trump's, and whether the Republican Party abandons or embraces Trumpism.

The president’s eldest son would likely be his closest ideological heir, though long-serving loyalists like Pence and Pompeo could also make the case that they are worthier successors.

But others may be using the convention to offer a glimpse at a post-Trump future. Haley and Scott, while defending Trump, spoke far more movingly about their own life stories, sounding more measured, less divisive notes that would have not been out of place at a non-Trump coronation.

Convention speeches can occasionally be launching pads for future presidential runs. Most famously, Barack Obama, then a candidate for Senate, electrified the Democrats’ 2004 gathering in Boston and became the party’s nominee four years later.

Ratings for the opening night of the convention trailed not just Trump’s convention four years ago, but the Democrats’ convention last week. Trump had looked to this week’s event as a “four-night infomercial” for his reelection, but it appears viewers weren’t as keen on the show as he hoped.

While MSNBC and CNN combined had just under 10 million viewers for Biden’s first night, they had 3.6 million for Trump, Nielsen said.

Trump on Tuesday complimented CNN for carrying nearly the entirety of the Monday night convention, implicitly chiding his favored Fox News for repeatedly breaking away from the scripted programming to conduct live interviews.