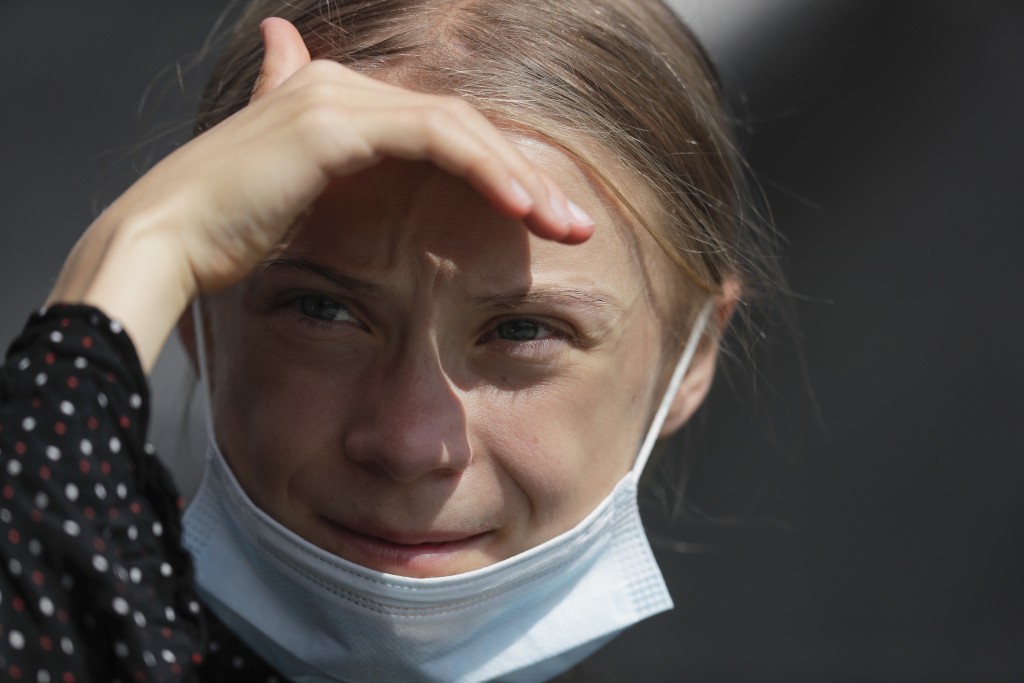 “My gap year from school is over, and it feels so great to finally be back in school again!” the 17-year-old said Monday on Instagram next to a photo of herself with a schoolbag on her back and her hands resting on bicycle handles.

In Sweden, high school-level classes are returning to classes this week. It wasn't clear which school Thunberg was attending.

Theteenager shot to fame after starting her solo protests outside Sweden's parliament in Stockholm two years ago on Aug. 20, 2018. Students around the world soon began following her lead, staging regular large protests, and Thunberg was invited to speak to political and business leaders at U.N. conferences and the annual World Economic Forum in Davos.

Last week, she and other young activists held talks with German Chancellor Angela Merkel regarding the climate.

But the coronavirus outbreak has prevented the Fridays for Future movement that Thunberg inspired from holding its mass rallies in recent months, dampening its public profile. Thunberg was named Time’ magazine's youngest Person of the Year, and was also nominated for teh Nobel Peace Prize which she did get.