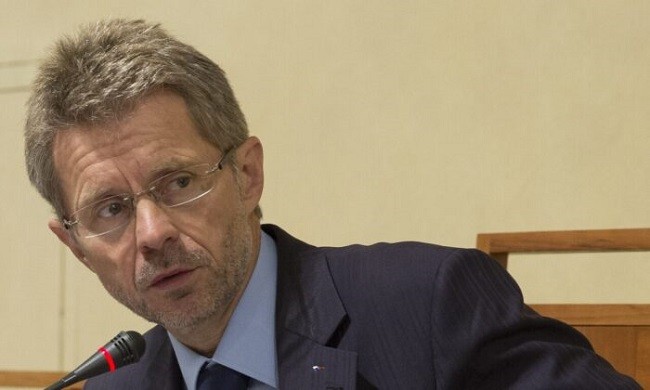 TAIPEI (Taiwan News) — The highest-profile Czech delegation to visit Taiwan since the Central European nation gained its independence is set to arrive Aug. 30 for a five-day visit.

Taiwan’s Ministry of Foreign Affairs released a statement on Tuesday (Aug. 25) welcoming the president of the Czech Republic Senate, Milos Vystrcil, and his wife, stating that the visit would "strengthen exchanges and economic and trade cooperation between the two countries' parliaments." It will be the highest-level visit by a sitting official of the Czech government since it emerged from one-party Communist rule in the 1989 Velvet Revolution.

The senator will be accompanied by a 90-strong delegation that includes pro-Taiwan Prague Mayor Zdenek Hrib, Senate Foreign Affairs Committee Chairman Pavel Fischer, and a number of other politicians. Also in tow will be Czech academics, businesspeople, cultural representatives, media, and the director of the Prague Philharmonic.

Vystrcil has been invited to address the Legislative Yuan, and he is scheduled to deliver a speech at National Chenghi University on Aug. 31. The Civic Democratic Party legislator is expected to share his views not only on economic and business ties but also democracy, freedom, and social issues.

His predecessor, former Senate president Jaroslav Kubera, suffered a fatal heart attack in January just before his own Taiwan trip. His widow and daughter blame the Chinese embassy in Prague for being complicit in the politician's death, as it had sent threatening letters to him over his planned departure for Taipei.

Vystricil told CNA earlier this month that he had withstood pressure from the Czech Republic's pro-China faction, including President Milos Zeman, to bail from the upcoming tour. He stated that he is "convinced that a condition for achieving economic prosperity is keeping our values."

Also on Tuesday, 68 legislators from the U.S., Canadia, Australia, and the European Parliament issued a joint letter opposing Chinese efforts to prevent the delegation from going forward. "The Czech Republic has the right to develop economic and cultural cooperation with Taiwan," it read, adding that as his country's second-highest ranking official, Vystrcil does not need to seek China's blessing.