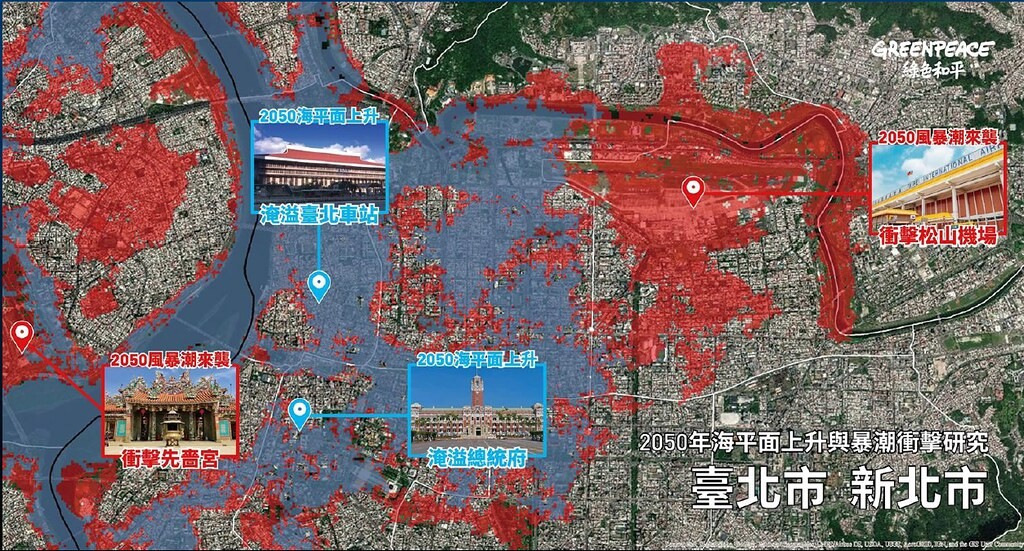 TAIPEI (Taiwan News) — Nearly 1,400 square kilometers of Taiwan will be under the sea by 2050, and nearly 3 million residents will be victims of rising sea levels and storm surges, if the country does not take steps to reduce greenhouse gas emissions, Greenpeace announced on Monday (Aug. 24).

During a press conference in Taipei on Monday titled "Potential sea level rise and storm surge threat," Greenpeace Climate and Energy Campaign Director Lena Chang (張皪心) said that if swift measures are not taken over the next 30 years, Taiwan will be threatened by both higher sea levels and storm surges, which will impact more than 2.9 million residents of Taiwan's special municipalities. The special municipalities include Kaohsiung, New Taipei, Taipei, Taichung, Tainan, and Taoyuan.

Chang pointed out that typhoons can raise the sea level and that the powerful winds wrought by such storms push seawater inland, generating a storm surge much like a small tsunami. For example, 2015's Typhoon Dujuan and 2016's Typhoon Megi caused storm surges and flooded many areas across Taiwan.

She then ominously warned that if Taiwan does not take steps to reduce carbon dioxide emissions, the sea around Taiwan will rise by 0.56 meters by 2050. Under the worst-case scenario, this could result in 1,398 km² of land being flooded, directly affecting 1.2 million people.

In addition, under these conditions, storm surges could raise water levels by 1.62 meters, which would impact more than 2.9 million residents in the six major cities, said Chang. She said that this combination of elevated sea levels and storm surges would hit Tainan the hardest, completely submerging Qigu District. Many of Tainan's historic sites, such as the ruins of Fort Zeelandia, Anping Old Fort, and Sicao Fort could be inundated.

Due to New Taipei City's large population, it would see the most people — 750,000 — affected by rising sea levels and storm surges.

As for the capital city of Taipei, Chang said the rising water levels could flood Taipei Main Station and the Presidential Office Building. Simulations of a storm surge at these levels show that Songshan Airport would also be flooded.

Because the six special municipalities account for more than 70 percent of Taiwan's population, Chang called on their mayors to fully assess the climate risks the cities face and set carbon reduction targets. She also urged the cities' governments to devise both medium- and long-term renewable energy development goals.

Simulations show that storm surges could flood 2,120 km² of land across the country, impacting more than 28 million ping (1 ping equals 3.3 m²) of floor space in buildings, the equivalent of 500 Taipei Arenas. Important industrial zones along the southwest coast, such as Google's data center in Tainan and the Pier-2 Art Center in Kaohsiung, would also be affected. 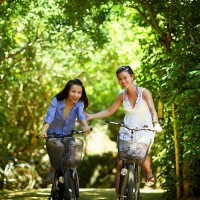 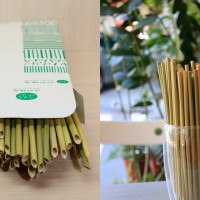 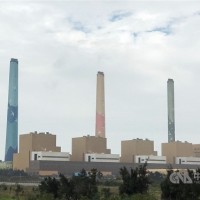