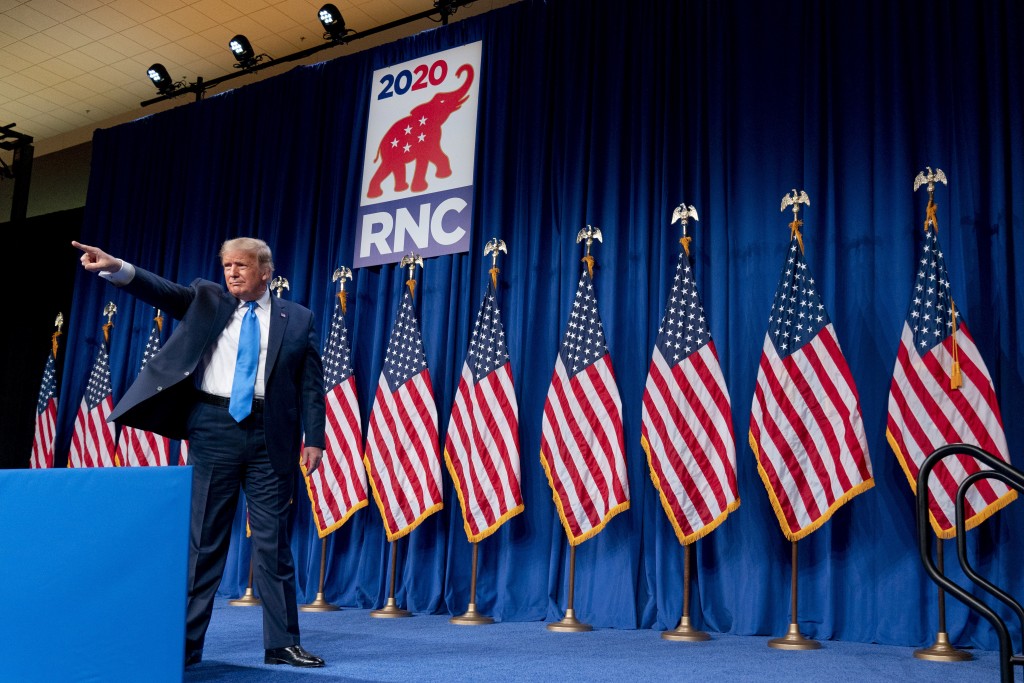 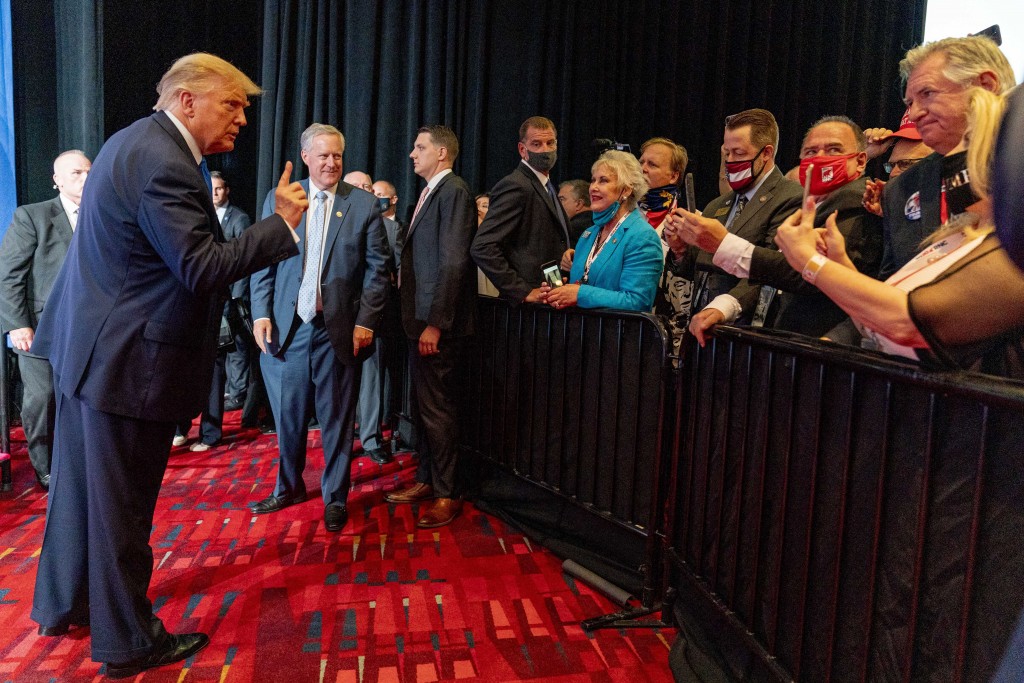 NEW YORK (AP) — The opening of the Republican National Convention on Monday offered quick proof that how it is covered by the news media will be an ongoing sore spot.

President Donald Trump complained about spotty coverage of the roll call vote that renominated him as the Republican candidate for president, and some television networks abandoned Trump's informal, 54-minute acceptance speech for aggressive fact-checking.

This all took place hours before prime-time hours that would make clear how Republicans, like Democrats a week earlier, would keep viewers interested with a stripped-down convention because of the coronavirus pandemic.

Democrats turned the traditional roll call vote into a well-received television production, with delegates stationed in their home state or territory to proclaim allegiance to Joe Biden. Republicans had 336 delegates — a fraction of the normal amount — support Trump at the Charlotte Convention Center in North Carolina.

It was a split-screen moment for news networks, which dipped in and out of the roll call as they also covered the testimony of Postmaster General Louis DeJoy before the House Oversight Committee.

Trump specifically complained about CNN and MSNBC, although he also grumbled that Fox News Channel had announcers talking over the vote. He said his moment was overshadowed by the “scam” and “boring” hearing into whether the postal service was prepared for voting by mail this fall.

His appearance so early in the convention — as MSNBC carried a countdown clock on its screen promoting the evening's coverage — was followed by the three cable news networks and ABC and CBS.

However, ABC, CBS and CNN cut away before Trump finished speaking.

Listening to the president “underscores the challenge for us in the news business,” said CNN's John King.

“This is a sad thing to say, but a lot of what you have heard from the president of the United States is wrong, misleading or outright lies,” King said.

He corrected Trump's statements calling voting by mail into question, as did CBS News' Major Garrett when that network stopped showing the president. Potential problems outlined by Trump are “highly, highly unlikely” to happen, Garrett said.

MSNBC and Fox News both aired Trump's address in full. The tone of their chyrons, the term for headlines running on the screen, were markedly different.

On Fox, messages read, “Trump: Democrats want to send out ballots to people who didn't ask for them” and “President Trump: I think we have record enthusiasm.”

MSNBC's Chuck Todd lit into Trump and the Republicans at the end of the address, saying “the party, for all intents and purposes, has no principles anymore.” It was a reference to the GOP decision not to pass a convention platform of positions on issues.

“We were told this convention would be upbeat, optimistic,” Todd said. “Well, what we have just heard from the president was a grievance-filled informal acceptance speech that was filled with so many made-up problems about mail-in voting that if we were to air just the truthful parts, we probably could only air maybe a sentence.”

After questioning some of the president's other statements, Todd said, “it's going to be a long week for fact-checkers.”

Presumably because of COVID-19 restrictions, television coverage of Trump's speech was largely limited to a single-camera shot of the president speaking, with few images of people in the audience.