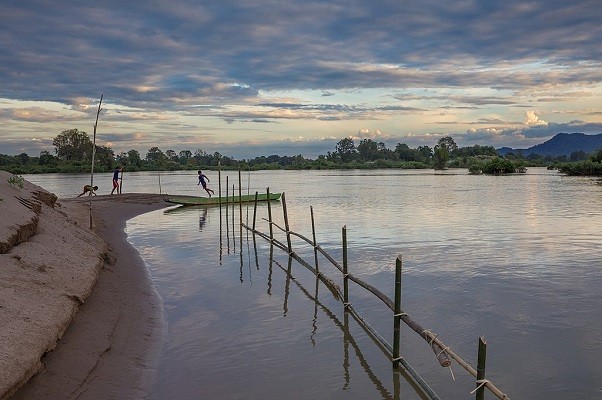 TAIPEI (Taiwan News) — China's premier met the leaders of the five other states of the Mekong River Basin Monday morning (Aug. 24), assuring them that China would begin sharing hydrological data with its neighbors — a pledge that comes after years of irregular water flow and last year's drought exacerbated by its frenetic damming of the artery.

The Mekong-Lancang Cooperation (MLC) was launched in 2016 as a cooperative framework through which the six nations of the Mekong Basin can tackle connectivity, agriculture, poverty reduction, multilateral economic cooperation, water resources management, and production capacity, according to Chinese state-run outlet CGTN.

The Mekong, or Lancang River as it is called in China, is the 12th longest river in the world and the 7th longest in Asia. It flows over 4,000 kilometers from its upper reaches on the Tibetan Plateau to its delta in southern Vietnam, and its basin covers 795,000 km².

In the meeting, Li announced that China will begin sharing hydrological information it gathers on the transnational river on a yearly basis, with an eye toward combating climate change, floods, and droughts, Chinese state mouthpiece Xinhua reported. Characterizing the LMC as a community, he reportedly called the arrangement mutually beneficial and said China is "willing to offer more assistance within its capacity to other Lancang-Mekong countries for better utilizing water resources," including sharing hydrological data it collects.

China's approach to "utilizing water resources" has been a source of hardship for its Southeast Asian neighbors. Since the 1990s, it has constructed 11 mega-dams along the upper Mekong, dramatically altering the flow of the river, often to the detriment of downstream nations.

This resulted in a crisis last year when Chinese withheld water at a critical time, according to a study published earlier this year by U.S. research firm Eyes on Earth, Inc. From April to November 2019, the upper Mekong in China enjoyed unusually high levels of precipitation and snowmelt, enough to maintain above-average water levels in the lower Mekong until the spring of this year.

However, the study suggests China restricted this water from reaching the lower reaches of the river during the wet season. Combined with the El Niño effect and later-than-average monsoon rains, this led to the worst drought in the area in over a century.

The Chinese Embassy in Bangkok disputed these findings, saying the researchers "did not consider precipitation levels and complication of water flows" and that the report "does not reflect hydrological realities."

In an interview with Radio Free Asia, Southeast Asia program director of the American think tank the Stimson Center, Brian Eyler, said "the Jinghong dam [in China's Yunnan Province] has not released water or has released less water than it normally does ... And this is likely because the needs of that dam are prioritized over the needs of everyone downstream."

The Mekong Basin sustains the livelihoods of approximately 200 million people involved in small-scale agriculture. Farmers in the region feed an estimated 300 million annually.

China's water-hoarding demonstrates its dominant position over the river, the lifeblood of millions, leading some to fear this dominance could be weaponized and question whether the regional powerhouse really views smaller stakeholders in the region as partners.

"It appears to me that China seemingly wants to avoid responsibilities for the fact that it has contributed to devastation and impacts on downstream countries," Cambodian water governance expert Ham Oudom told Radio Free Asia. 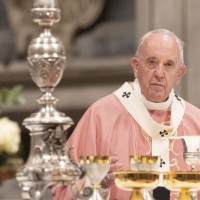 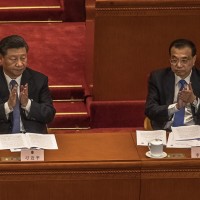