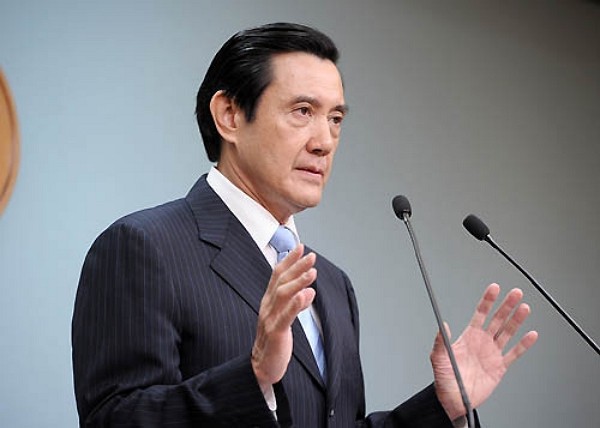 Ma on Sunday evening accused President Tsai Ing-wen (蔡英文) of using the nation’s five national security laws and the Anti-Infiltration Act to look for “enemies” within Taiwan. He claimed that in doing so, she has restricted people's freedoms and violated constitutionally protected human rights.

The comment was the latest in a series of verbal attacks between President Tsai and Ma, which began Saturday (Aug. 22) when Ma said the Tsai administration was pushing Taiwan towards the brink of war by siding with the U.S. and refusing to accept the “1992 Consensus.” Tsai responded on Facebook by saying that “The international situation is constantly changing. There is no point in seeking enemies within the nation.”

After Ma’s retort, the TSP pointed out on Facebook that in recent days, Ma has continuously made controversial remarks, such as when he said the U.S. would not come to Taiwan’s aid in a cross-strait conflict. The party then quipped how embarrassing it is for Ma to be so confident and yet still get things wrong, Liberty Times reported.

The TSP stated that if Ma wants to criticize Taiwan’s five national security laws and the act that protects the country from "Chinese termite infiltration," then the party will not sit idly by. It exclaimed: "Yes, you are right, Mr. Ma. We have to find the enemies you let in!"

Regarding these alleged agents, the TSP asked: “Where did they go? Who did they meet? What did they do?” The party claimed that the Ma administration failed to do anything to track these people, essentially allowing the enemy to freely enter the country, and stated that now is the time to use the national security laws and Anti-Infiltration Act to root out Taiwan's foes.