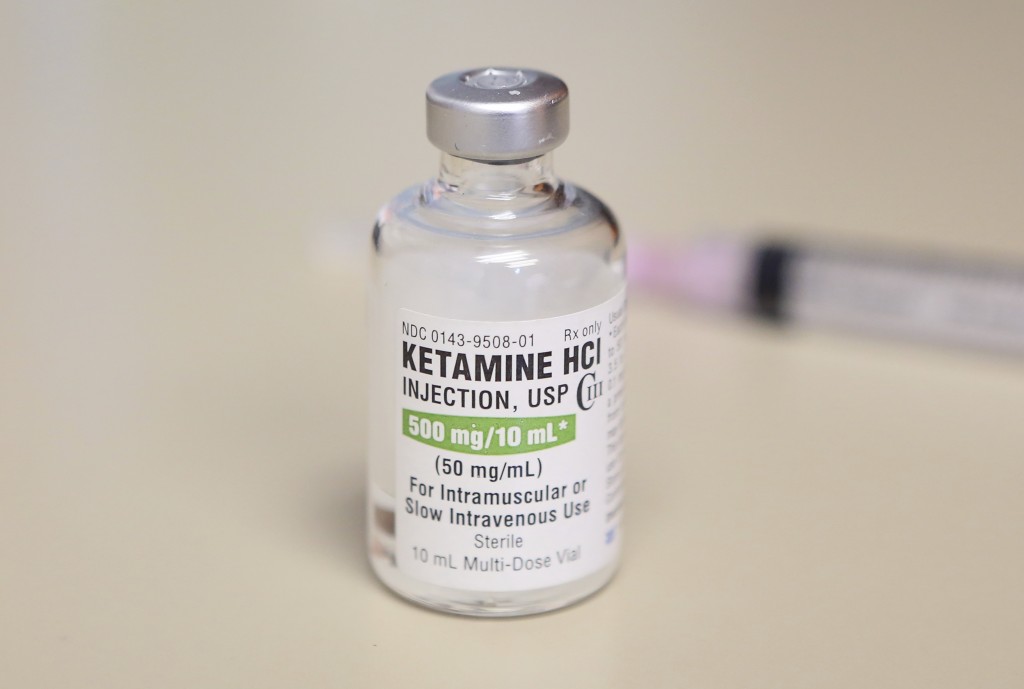 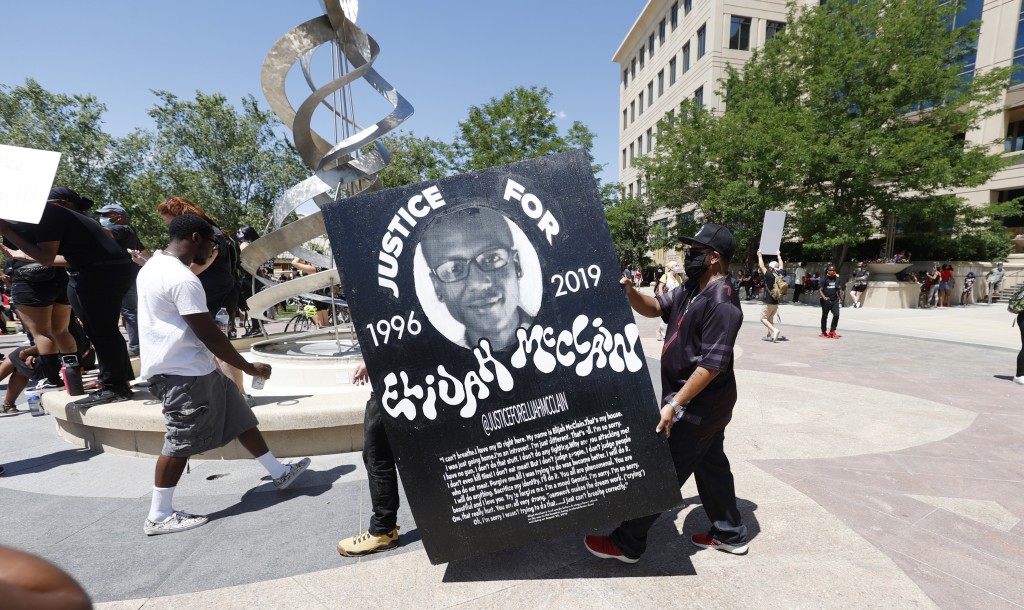 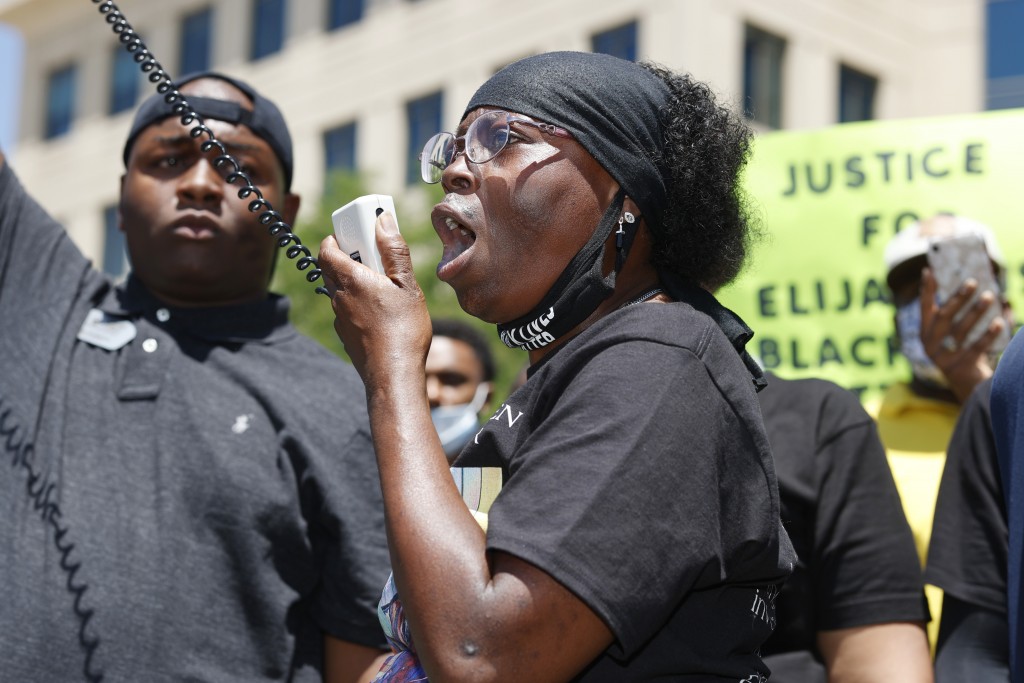 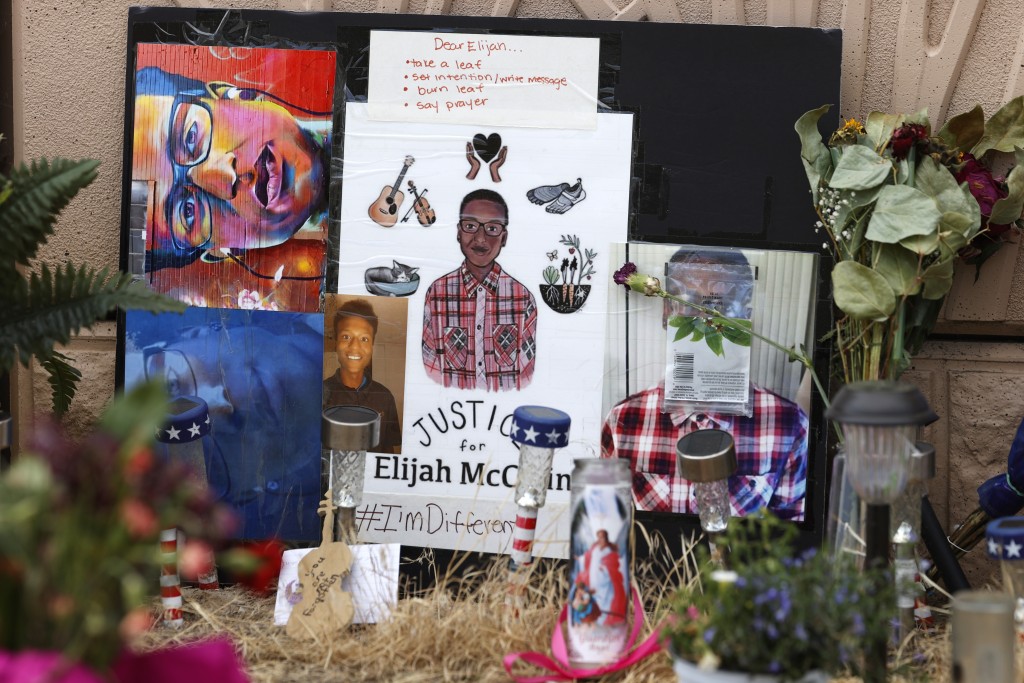 DENVER (AP) — Police stopped Elijah McClain on the street in suburban Denver last year after deeming the young Black man suspicious. He was thrown into a chokehold, threatened with a dog and stun gun, then subjected to another law enforcement tool before he died: a drug called ketamine.

Paramedics inject it into people like McClain as a sedative, often at the behest of police who believe suspects are out of control. Officially, ketamine is used in emergencies when there’s a safety concern for medical staff or the patient. But it's increasingly found in arrests and has become another flashpoint in the debate over law enforcement policies and brutality against people of color.

An analysis by The Associated Press of policies on ketamine and cases where the drug was used during police encounters uncovered a lack of police training, conflicting medical standards and nonexistent protocols that have resulted in hospitalizations and even deaths.

On Monday, it will have been a year since McClain, 23, was stopped by officers responding to a 911 call about a suspicious person wearing a ski mask and waving his arms. Police put him in a chokehold twice and multiple officers pressed their body weight into him.

Paramedics were called and injected McClain with ketamine, but they incorrectly estimated his weight, giving him more than 1.5 times the dose he should have received. He got 500 milligrams because they thought he weighed 220 pounds, but he was only 140 pounds and should have received 315 milligrams.

“The case where somebody’s got six officers on them, in a chokehold, and needs ketamine is really pretty exceptional. That just doesn’t happen very often,” said Dr. George Lindbeck, chairman of the National Association of State EMS Officials medical director’s council. “The vast majority of these scenarios get managed at a much lower level with much less physical restraint, no need for chemical restraint or sedation."

After McClain's death, Colorado’s health department opened an investigation into the growing use of ketamine, first approved for use in 2013, after the case got new attention during nationwide protests seeking police reform.

There are no federal standards for law enforcement or emergency medical personnel on the drug's use. State policies and reporting requirements vary, so it's not clear how regularly it's used during police encounters and why.

Most states and agencies say ketamine may be administered when someone exhibits “excited delirium” or agitation, which is typically associated with chronic drug abuse, mental illness or both. The drug sedates them, is supposed to have limited side effects and isn't intended to make someone lose consciousness.

“It’s not at all clear that these people are delirious. Moreover, it seems pretty clear that they’re not all one thing, that this term tends to be applied out in the field by police who are certainly not expert in diagnosis of neuropsychiatric syndromes,” he said.

Police are not trained on diagnosing any medical conditions, but most know first aid and CPR. Every police agency has different criteria for calling in paramedics, according to Jimmy Holderfield, secretary for the National Fraternal Order of Police.

“The best rule of thumb to apply here is what a ‘prudent and reasonable’ person would do,” Holderfield said by email. “Officers are charged with the duty of protecting lives and property.”

Emergency medical personnel administer ketamine when they believe it's necessary, police say. But there's growing concern over whether officers are too involved in the decision and conflicting medical opinions on using it during arrests.

The American Society of Anesthesiologists opposes it and other sedatives for law enforcement purposes, saying, “These effects can end in death when administered in a non-health care setting without appropriately trained medical personnel and necessary equipment.”

Those in favor of ketamine cite its fast-acting and short-lived effects as well as scientific reports that it doesn’t cause severe respiratory problems compared with other sedatives.

For police, the objective is to help deescalate a tense situation and lessen restraints they need to use, Lindbeck said. Other options include drugs like Valium or Xanax and anti-psychotics.

But Chris Burbank, vice president of law enforcement strategy for the Center for Policing Equity and a former Salt Lake City police chief is suspicious of the explanations for using it.

The Food and Drug Administration approved ketamine in 1970, and its first major widespread use was as a battlefield anesthetic during the Vietnam War. In the 1980s, recreational use of the drug, as Special K, became popular for its hallucinogenic effects. Over the last decade, ketamine has been studied as a treatment for depression, and the FDA approved a nasal spray last year.

In July, a Black man in Minneapolis was injected and ended up in the hospital after his girlfriend believed he was having a diabetic seizure. But paramedics questioned which drugs Johnson had taken, apparently not believing her, Abby Wulfing wrote in a Facebook post that's gotten widespread attention.

In May 2016, Marine veteran Willard Truckenmiller got into a fight in a bar in Naples, Florida, and showed signs of “alcohol-induced excited delirium.” When emergency medical workers arrived, Truckenmiller was given 500 milligrams of ketamine, then suffered cardiac arrest and died.

Another Colorado man, Elijah McKnight, 25, was given two doses totaling 750 milligrams of ketamine after a drunken altercation with police. He ended up on a ventilator in August 2019, the same month McClain was injected in Aurora, Colorado.

An official autopsy found that ketamine in McClain's blood was at “tolerable levels,” but it couldn’t rule out an unexpected reaction to the drug, asthma attack or irregular heartbeat.

His parents sued this month, alleging that Aurora Fire Rescue's unchecked policy and its de facto dose of 500 milligrams violated their son's constitutional rights. The lawsuit says the force officers used pushed McClain into medical distress, which compounded the “substantial overdose” and led to his death.

There were 902 reported instances of Colorado paramedics administering ketamine from 2018 to 2020, and almost 17% had complications, including cardiac arrest and oxygen deprivation, the state health department said.

In other states, police were found to take part in the decision to use the drug. In Minneapolis, a report conducted by the Office of Police Conduct Review found eight of those cases between 2016 and 2018, ranging from officers requesting paramedics use the drug to emergency medical workers asking officers for their opinions on sedating someone.

The report concluded that the lack of uniform policy on how police should interact with paramedics meant cops could potentially interfere in medical decisions.

“Even if it’s a homicide suspect, we would guard that person, but we don’t get in the middle — nor should we — of how that person is treated for their injuries or crisis, whatever it may be that the doctor or paramedics deem appropriate to treat this person,” Burbank said.

Nieberg is a corps member for the Associated Press/Report for America Statehouse News Initiative. Report for America is a nonprofit national service program that places journalists in local newsrooms to report on undercovered issues.