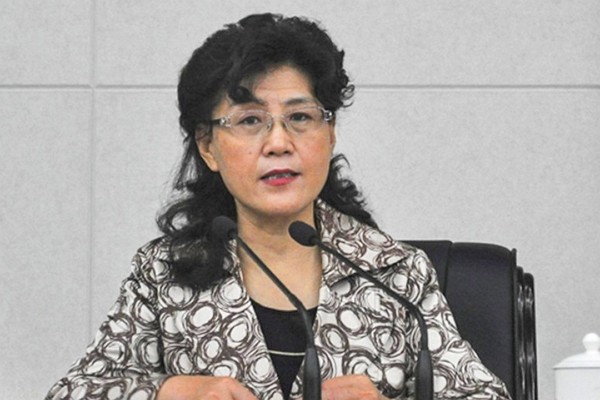 TAIPEI (Taiwan News) — Retired professor at Beijing's Central Party School, Cai Xia (蔡霞), said Thursday (Aug. 20) that she is "delighted" by her expulsion from the Chinese Communist Party (CCP) and does not regret her harsh comments about Chinese General Secretary Xi Jinping (習近平) in a leaked audio recording.

Cai, who now lives in the U.S., served as a professor at the higher education institution for top CCP officials, for 15 years. As a "hereditary (second-generation) red," she held significant stature within the party and her criticism of Xi has been widely interpreted as a sign of his power waning among CCP members across China.

In June, audio of Cai giving a speech to a private group where she denounced Xi for "killing a party and a country" was leaked online. She described the Chinese leader as a "mafia boss" and said the country is "beyond repair" under his regime, stressing that the CCP has become "an obstacle to China's progress."

On Monday (Aug. 17), Cai was expelled from the party for damaging its reputation, with Central Party School cutting off her pension and retirement benefits. However, she did not seem bothered by the punishments and expressed relief about her expulsion in an interview with BBC Thursday.

In the interview, Cai said she did not regret any of her comments and that she was "delighted" to be ending ties with the CCP. She said she felt relieved now that she could fully speak her mind without worrying about her own safety.

Cai confessed that she has been warned for her public remarks since 2011 and was told to restrain herself from speaking against the party. Due to safety concerns, she said she has no desire to go back to China, despite having received several calls from the CCP demanding her return and to explain herself.

She also said that Beijing's imposition of the Hong Kong security law was a "terrible decision" and that it would only contribute to more disruptions in local communities. She noted that she is not opposing the CCP, but its betrayal of the party principles and the promises it made to the Chinese people, reported Liberty Times.