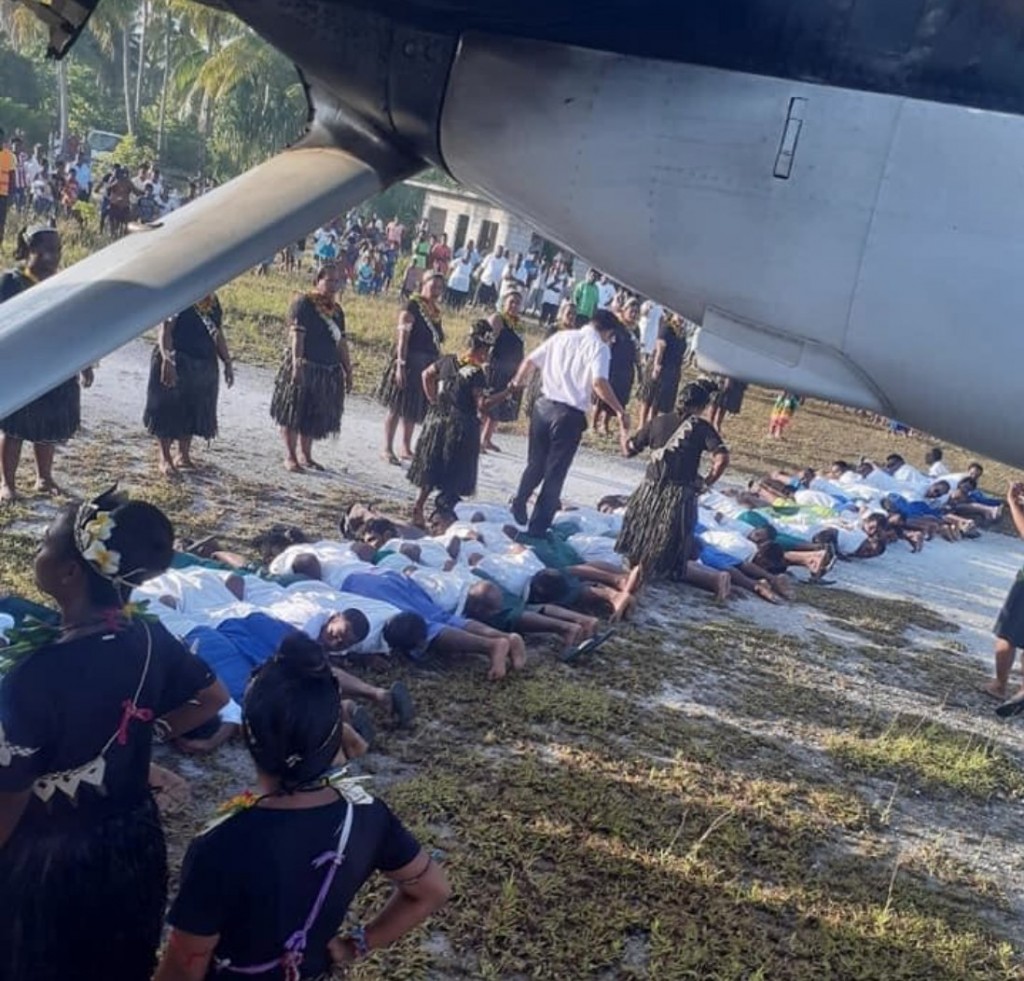 TAIPEI (Taiwan News) — The photo of a Chinese diplomat walking on the backs of Kiribati men has sparked controversy, but China’s Foreign Ministry Spokesperson Zhao Lijian (趙立堅) has defended the envoy and accused Taiwan of “buying off” online critics to spread malicious comments.

In the photo, initially shared by Michael Field on Twitter, China’s ambassador to Kiribati, Tang Songgen (唐松根), can be seen stepping on the backs of locals as they lay on the ground. The Chinese official is helped by two women in traditional costume, during a ritual held on Marakei Island of the Kiribati archipelago.

“By meeting the kind request of the local government and people, and out of respect for Kiribati’s culture and customs, ambassador Tang ultimately agreed to take part in a welcoming ceremony that was characterized by folk culture,” said Zhao Lijian on Thursday (Aug. 20), according to the transcript of a press briefing released on the ministry’s website.

Locals said the ritual is a Kiribati tradition, though it is usually performed at weddings. Media reports suggested no other foreign diplomats or government officials, including those from Taiwan, have taken part in such a ritual, even though Zhao claimed there have been.

Zhao accused social media critics of trying to sour China's relationship with the Pacific island state, adding this would never succeed. He added that critics such as Drew Pavlou, an Australian activist critical of Beijing, may have taken money from Taiwan to deliberately sow division.

Joanne Ou (歐江安), spokesperson for Taiwan’s Ministry of Foreign Affairs (MOFA), rejected Zhao’s accusations on Friday (Aug. 21), saying no contact had been made with Pavlou. “It is outrageous that China’s foreign ministry has publicly lied and defamed,” said Ou, who added MOFA strongly condemned Beijing for its misconduct.

Social media reaction about the photo has veered from accepting the ritual as a cultural tradition, or calling it a reflection of China’s growing influence in the Pacific region.

Foreign officials have also weighed in, with Constantine Panayiotou, U.S. defense attaché to five Pacific Island nations, including Kiribati, tweeting: "I simply cannot imagine any scenario in which walking on the backs of children is acceptable behavior by an ambassador of any country (or any adult for that matter!).”

“I’d be very surprised if an Australian representative participated in such a ceremony of this nature,” said Dave Sharma, an Australian parliamentarian who was formerly assigned as a diplomat to Australia’s mission in Papua New Guinea.