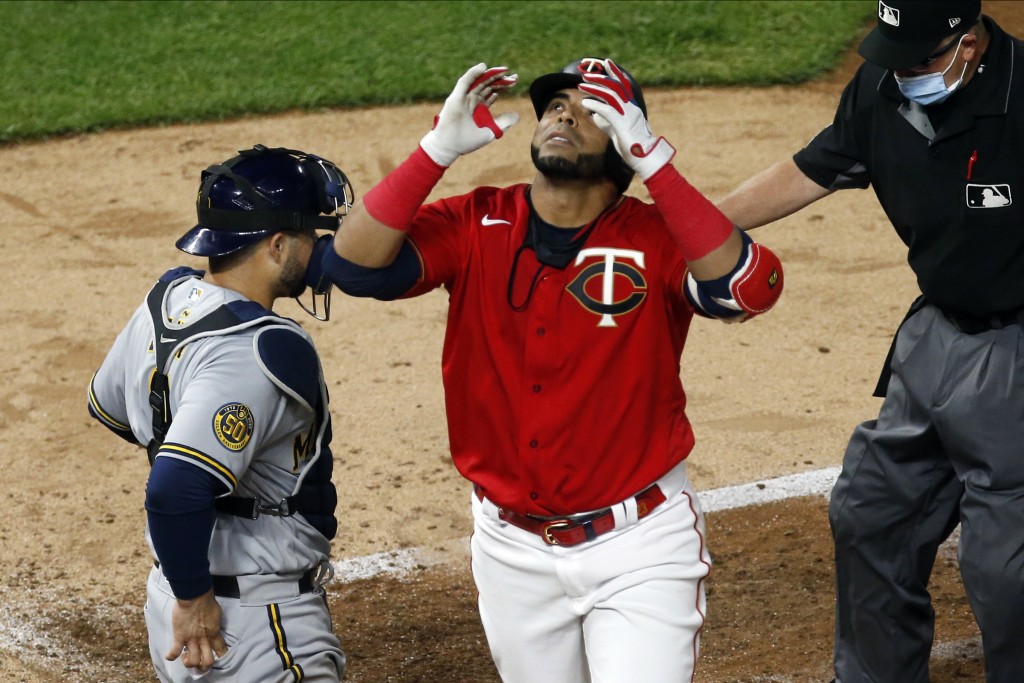 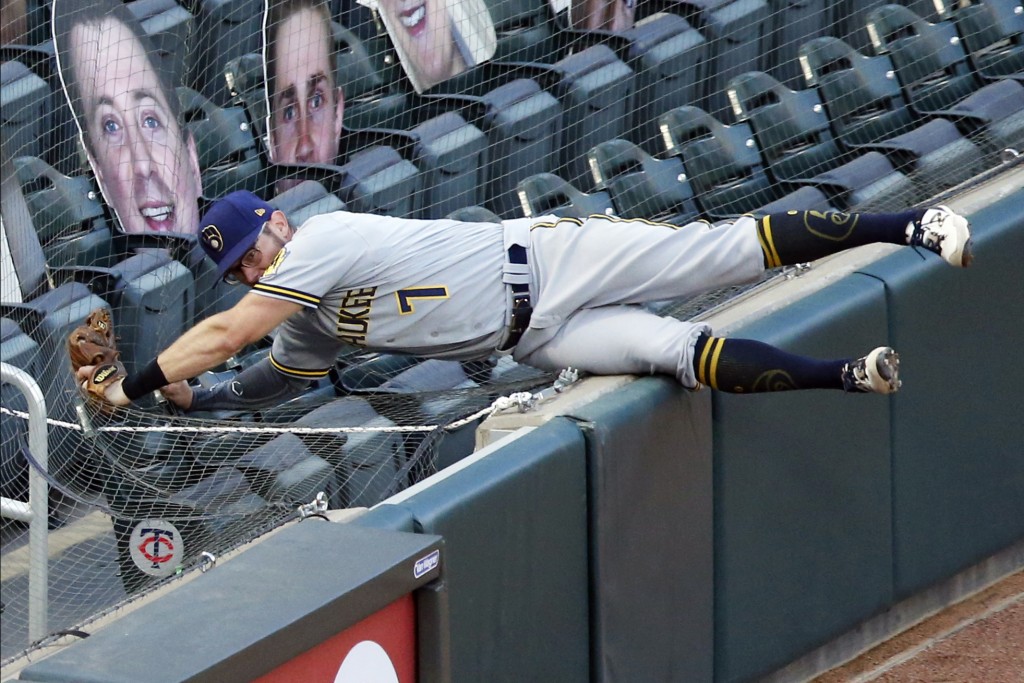 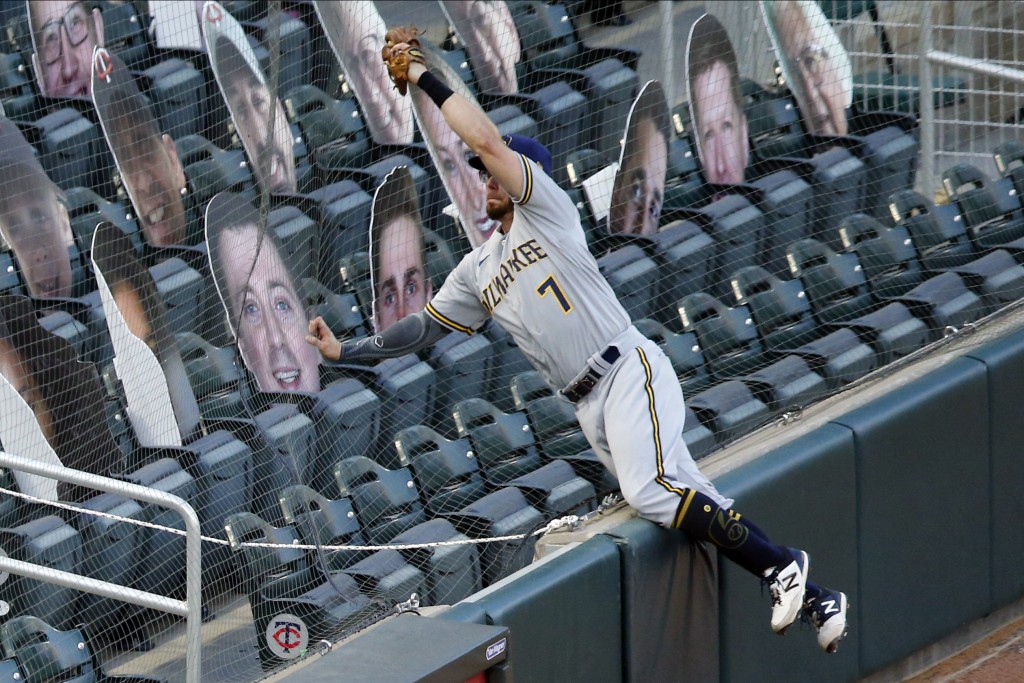 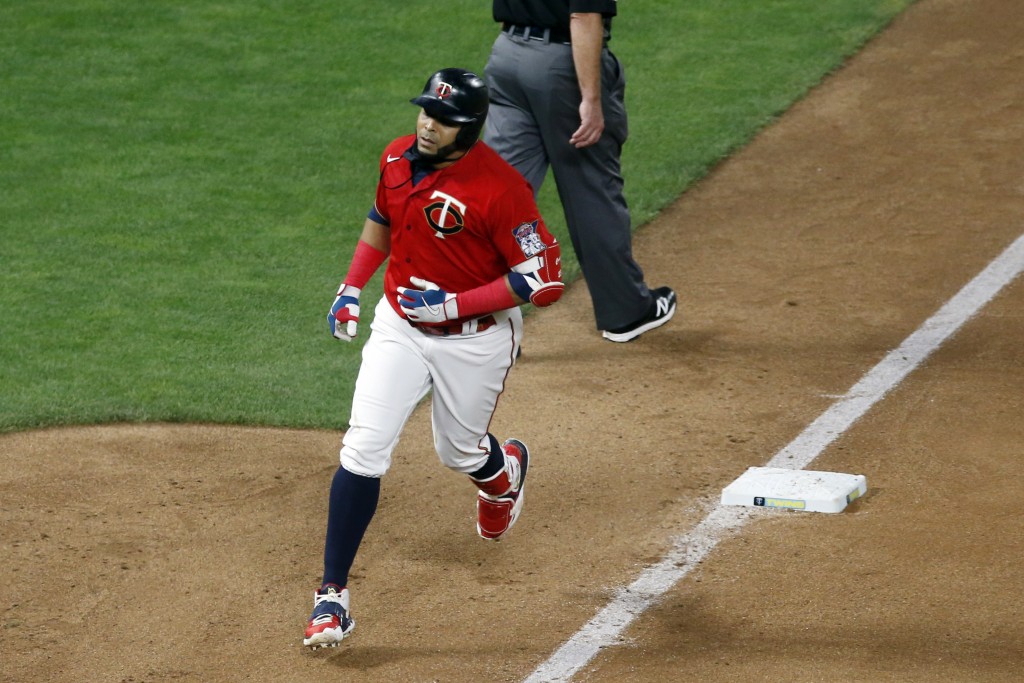 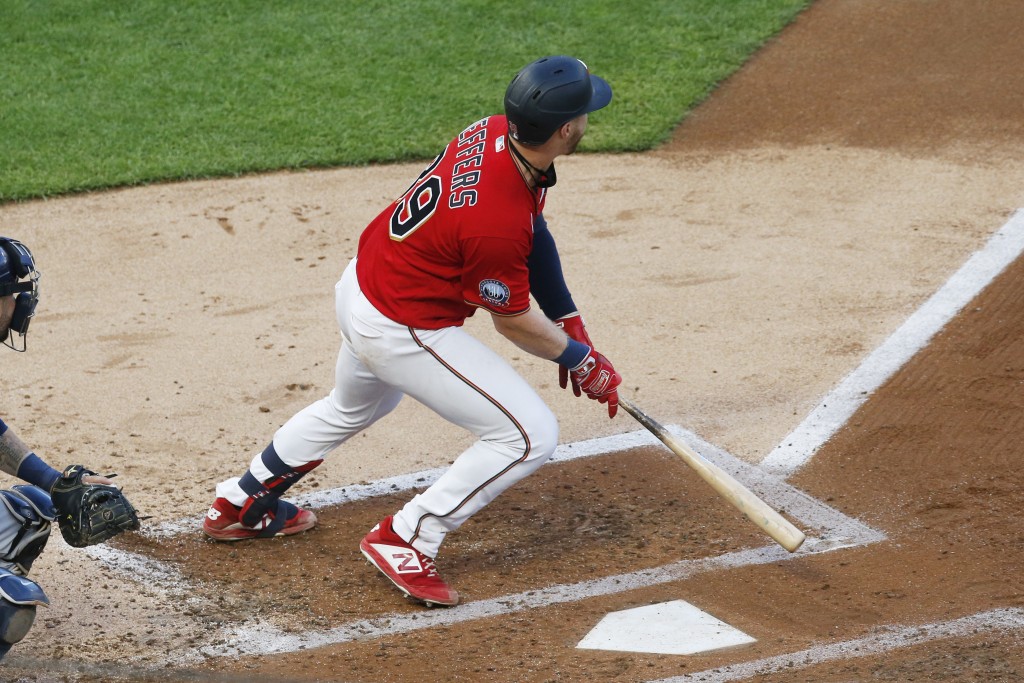 Ryan Jeffers drove in a run with a single in his first major league at-bat, going 2 for 3 with a hit by pitch and catching Berríos to help the Twins improve to 7-1-1 in series this season.

Justin Smoak homered for the Brewers in the seventh off Tyler Duffey, but Cruz responded with his ninth homer and 24th and 25th RBIs of the season in the bottom of the inning for the Twins.

Jorge Polanco delivered a two-run double in a three-run eighth to finish off the Brewers, who failed for the sixth time this season to raise their record above the .500 mark.

Berríos struck out eight of the first 13 batters he faced and didn't allow a hit until Eric Sogard's one-out single in the fifth inning. The Brewers were being no-hit on Tuesday by Twins starter Kenta Maeda until Sogard's leadoff single in the ninth, a game the Twins eventually won 4-3 in 12 innings.

For the Brewers, matching season highs in runs (nine) and homers (four) on Wednesday didn't prove to be a slump-busting win. They drew just one walk against Berríos, who had nine strikeouts, and let their opponent score first for the 18th time in 23 games this year.

The Brewers, who entered the evening with the fourth-worst runs-per-game average (4.18) in baseball, have been outscored 33-4 in the first two innings. They've played eight straight contests without a run in the first or the second, and manager Craig Counsell even said before the game he implored star Christian Yelich “to do something about" the early struggles. “But that's about as much as I can do,” Counsell said.

Berríos (2-3), the two-time All-Star right-hander, took full advantage. He lowered his ERA from 5.92 to 4.75 after a rough start to this abbreviated season, finally putting on display the ace the Twins have been counting on him to be.

Brewers starter Brandon Woodruff (1-2) pitched into the sixth inning, allowing nine hits and one walk while leaning on some superb defense to keep the score close.

Eddie Rosario was thrown out at the plate in the fourth trying to score from first on a double Miguel Sanó, with left fielder Brock Holt and shortstop Orlando Arcia on the relays. Sogard ended that inning with runners at the corners, leaping against the protective netting along the empty third base seats to snag a foul popup.

The Brewers fell to 24-8 in starts by Woodruff over the last three seasons. The right-hander got Cruz to ground into an inning-ending bases-loaded double play in the fifth, and he was easily heard shouting obscenities in jubilation as he hopped off the mound in the spectator-free ballpark.

In the third, after Ildemaro Vargas hit the first triple of the season for the Twins, Jeffers knocked him in. Promoted before the game to replace the injured Mitch Garver, the 2018 second-round draft pick was applauded by his teammates, who called for the ball so Jeffers could have the keepsake. The ballpark game presentation crew played “Feels Like The First Time," the ballad by British-American rock band Foreigner that was released 20 years before Jeffers was born.

Jeffers was ranked as Minnesota's sixth-best prospect by MLB.com this winter. He finished last season at Double-A Pensacola.

Twins: Garver (side muscle strain) and CF Byron Buxton (shoulder inflammation) both went on the injured list before the game. 2B Luis Arraez, whose status remains day to day, missed his second straight game with a sore knee.