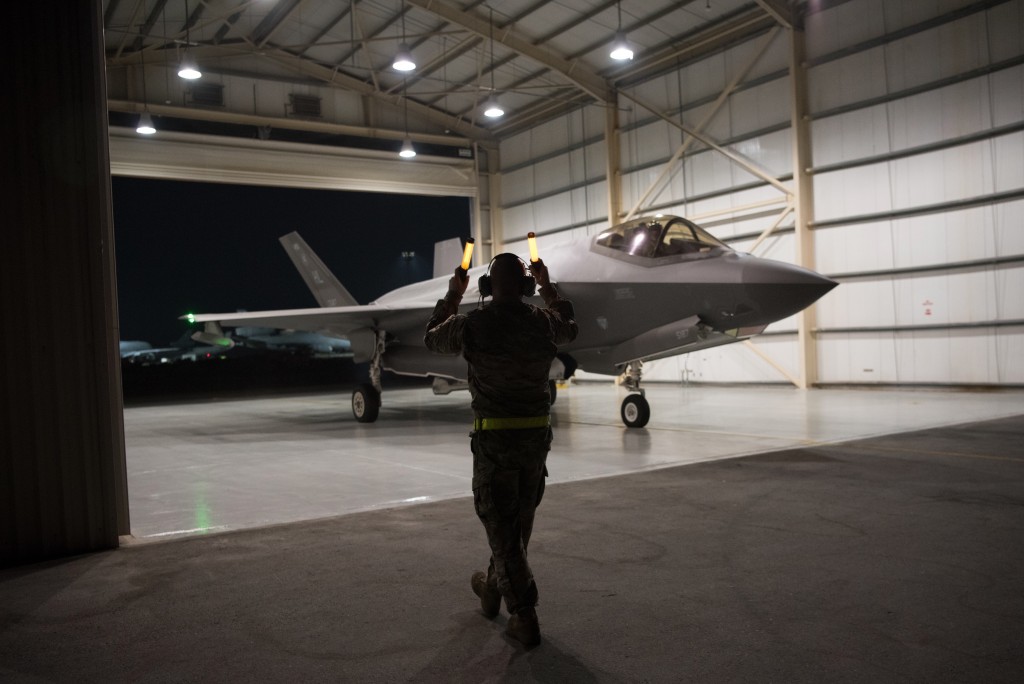 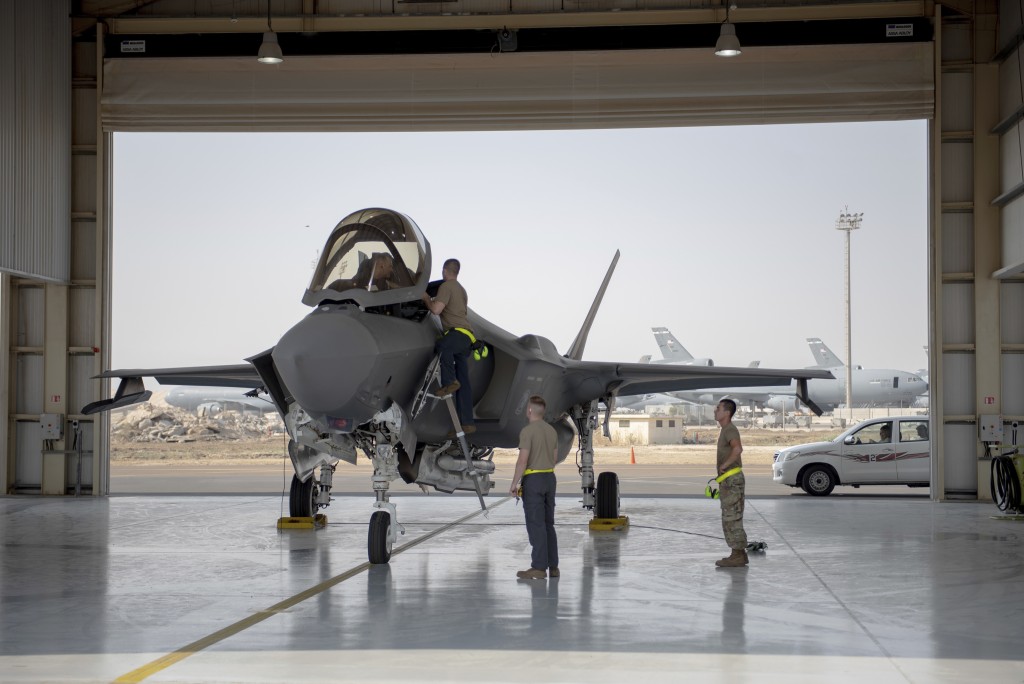 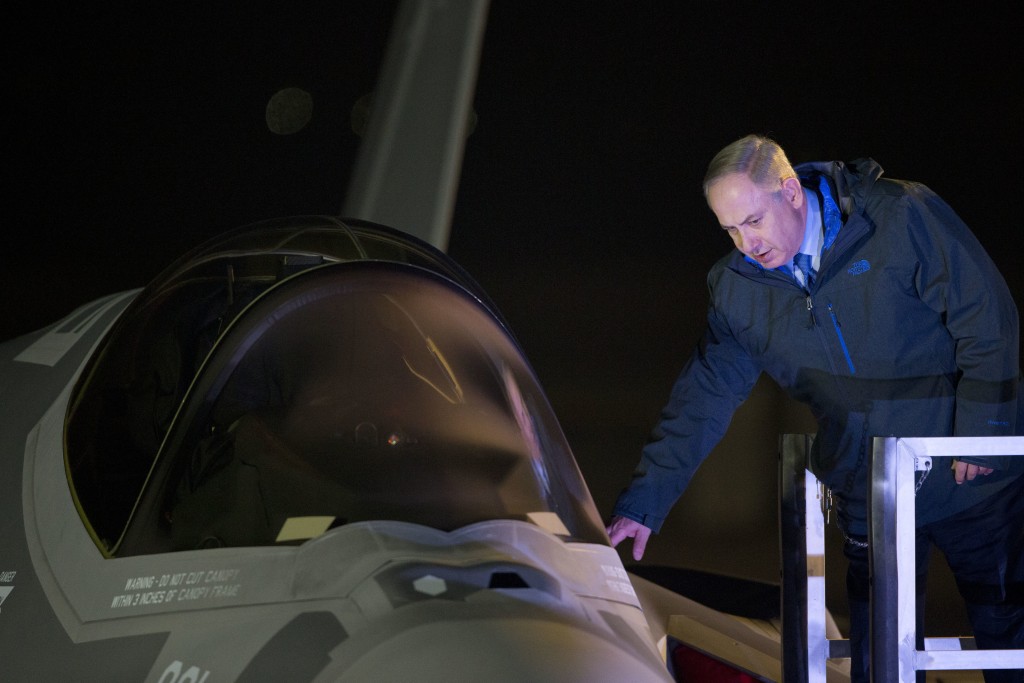 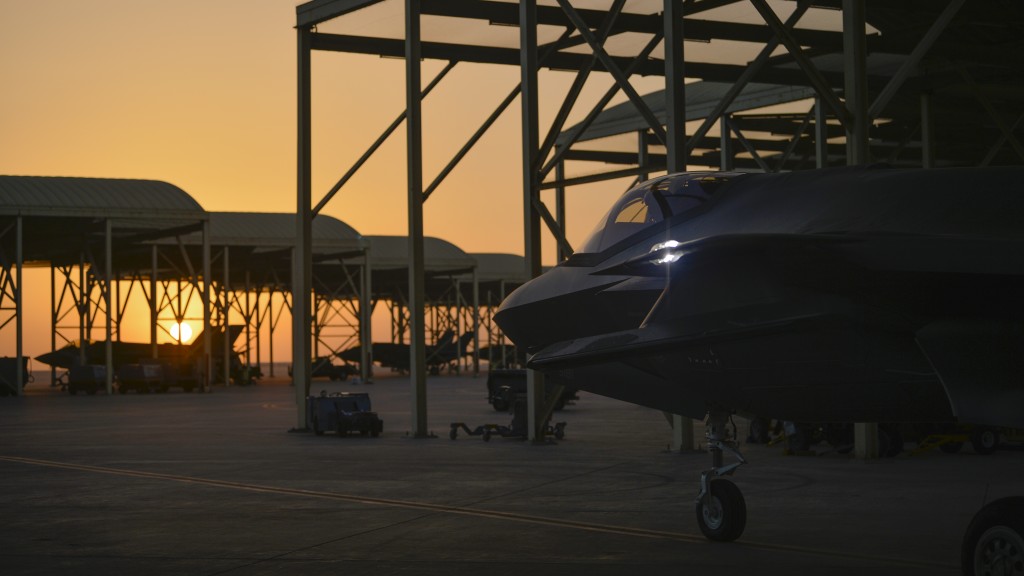 Despite public objections by Israeli Prime Minister Benjamin Netanyahu, President Donald Trump on Wednesday told reporters that the Emiratis had expressed interest in buying “quite a few” F-35 stealth fighter jets and such a deal was “under review.”

Complicated arms deals take time to negotiate and it would take years for the jet fighters and drones to reach the hands of foreign militaries, who then have to train their own pilots to fly them. There's also the question of the November election and whether a possible Joe Biden administration would agree to such a sale.

But Trump has used arms sales as a metric to judge America’s relationship with Gulf Arab states. Selling the UAE fighter jets that cost over $100 million a plane fits that pattern.

“They've definitely got the money to pay for it,” Trump said of the oil-rich Emirates on Wednesday.

Netanyahu repeatedly and strenuously denied there was any link between arms deals and opening ties to the Emirates. That was met with skepticism in Israel, particularly amid accusations that he bypassed Israel’s defense establishment in agreeing to a past German sale of advanced submarines to Egypt.

Critics have accused Netanyahu of lying over a key element that is believed to have clinched the deal for the UAE. Netanyahu’s defense minister and governing partner, former military chief Benny Gantz, said he was kept in the dark about the UAE deal until the last minute. Good governance groups also have called for an investigation.

As a rule, Israel opposes the sale of F-35s and other advanced weapons to any country in the Middle East to maintain what it calls its “qualitative military edge.” That includes Egypt and Jordan, the only two other Arab nations that currently have diplomatic ties with Israel, out of the memory of the multiple wars it has fought since the country's creation in 1948. Israel also fears sparking a regional arms race.

“Israel must never forget, not even for a split second, that any dent in its strength is liable to pull the rug out from under its feet in the long term," wrote Amos Gilead, director of the Institute for Policy and Strategy at the Herzliya Interdisciplinary Center. “Intentions are fluid and vulnerable to rapid changes.”

A retired general and former top Defense Ministry official, Gilead added in his essay Thursday in the Yediot Ahronot daily newspaper: “Iran used to be Israel’s soul mate, and today is a bitter and dangerous enemy.”

For the UAE, its pilots have seen the F-35 in action as U.S. Air Force squadrons flying the stealth fighter have rotated in and out of Al-Dhafra Air Base near Abu Dhabi since 2019. The Emirati air force has dozens of F-16s and French-made Mirage 2000s already in service.

But the F-35s would provide a far-greater edge over Iran, whose air force largely dates back to purchases made before the 1979 Islamic Revolution and includes some locally built aircraft. The F-35's stealth capability also make it far more difficult for Iranian anti-aircraft batteries, already internationally criticized for shooting down a Ukrainian passenger jet in January, to pick up.

The UAE also has repeatedly sought to purchase armed American Reaper drones. It already has used Chinese-made armed drones on the battlefield in Yemen, where the Emirates joined a Saudi-led coalition fighting the Iranian-backed Houthi rebels there who hold the capital. That war, which began in 2015, has become the world’s worst humanitarian crisis.

Responding to questions Thursday about its efforts to purchase the F-35, the Emirati Foreign Ministry said the UAE-Israel agreement will eventually include “a security and defense aspect.”

“There is no doubt that this accord removes any political impediment that stands against the cooperation of the defense forces,” the ministry said.

In the region, only Israel now flies the fighter jet as a planned purchase by Turkey collapsed over Ankara purchasing a Russian S-400 anti-aircraft missile system.

Anwar Gargash, the Emirati minister of state for foreign affairs, has repeatedly said the UAE's decision to open diplomatic ties with Israel had nothing to do with Iran. In Tehran, state television only mentioned the F-35 in passing online as a “reward for peace," without elaborating.

However, the UAE's autocratic government long has considered Iran its top regional threat and recent tensions between Tehran and Washington have seen a series of incidents near it. Deployed Patriot missile batteries visible from one major Dubai highway remain pointed north toward Iran.

Since Trump unilaterally withdrew from Iran's 2015 nuclear deal, Tehran has slowly broken every limit on its atomic program. While Iran insists its program is peaceful, Western nations fear it could be used to develop nuclear weapons.

“This is the Middle East and we will do what we need to do," Sheikh Mohammed was quoted in a February 2009 U.S. diplomatic cable published by WikiLeaks. "When the Iranians fire their missiles we will go after them and kill them.”

That sounds a lot like Netanyahu, who stood in front of an Israeli F-35 last year to issue a similar warning over Iran.

"Recently, Iran has been threatening the destruction of Israel,” Netanyahu said at the time. “It would do well to remember that these planes can reach anywhere in the Middle East, including Iran and certainly Syria.”

EDITOR’S NOTE — Jon Gambrell, the news director for the Gulf and Iran for The Associated Press, has reported from each of the Gulf Cooperation Council countries, Iran and other locations across the world since joining the AP in 2006. Correspondent Aron Heller, based in Jerusalem, has covered the Middle East for the AP since 2005.