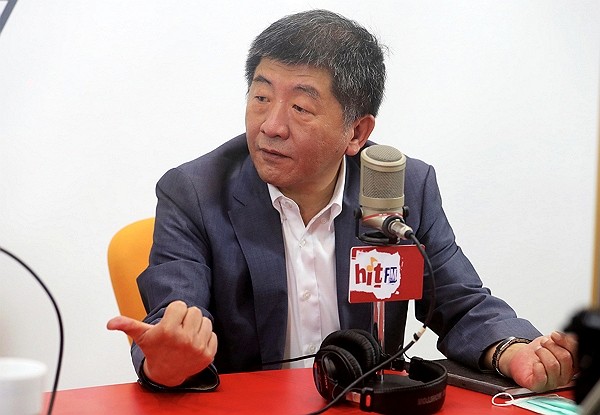 After an asymptomatic Taiwanese teenager tested positive for coronavirus while isolating at home Monday (Aug. 17), CECC asked the ethics department to investigate the reason for undisclosed testing. Prior to the incident, public health experts around the country have expressed concerns about the CECC decision not to carry out general screening of all arrivals at borders, warning of the risk of asymptomatic carriers.

Former NTU College of Public Health Dean Chan Chang-chuan (詹長權) and several physicians also questioned the CECC investigation Tuesday (Aug. 18), stressing that proactive screening could reduce the possibility of cross-infection in homes. In response, Health Minister and CECC head Chen Shih-chung (陳時中) explained the investigation was not intended to punish Changhua officials but to determine whether the testing had been carried out in accordance with a standard operating procedure (SOP).

During an interview with Hit FM Thursday, Chen said the Changhua Health Bureau has been conducting screenings without notifying the CECC. He added that more than 100 individuals had been tested even though they did not display any symptoms.

Chen said the health bureau kept changing its reasons for the undisclosed testing, which contradicts the pandemic strategy adopted by the central government. He emphasized that proactive screening can be discussed, but local governments should not carry out prevention schemes without consulting CECC first, reported Liberty Times.

Meanwhile, a Taiwanese who participated in the undisclosed testing revealed on Facebook the Changhua Health Bureau asked him to leave quarantine and travel to the hospital on his own. The individual, who reported returning from Vietnam on June 17, said he was told that he did not have to inform the local police about his hospital trip and that no special transportation had been arranged, reported New Talk.

The post has been widely shared, sparking concerns that Changhua will become a weak point in Taiwan's coronavirus prevention efforts. The health bureau's chief Yeh Yen-po (葉彥伯) confirmed the individual's account on Thursday, but insisted that local officials tracked the whereabouts of all quarantined individuals, reported CTWant.