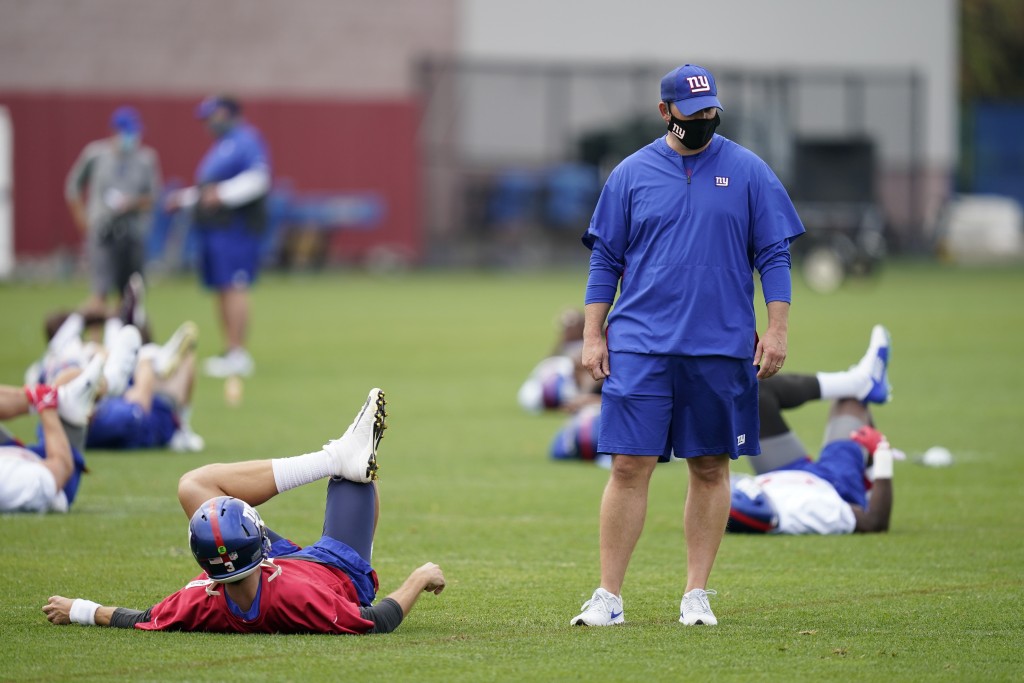 General manager Dave Gettleman and the struggling Giants made a big investment taking Thomas with the No. 4 overall pick in the draft. There is every reason to start him now with veteran offensive lineman Nate Solder opting out of the season for health reasons during the pandemic.

While it all seems obvious with the season opener against Pittsburgh less than a month away, don't look for rookie head coach Joe Judge to say the big and athletic Thomas is his left tackle — at least not now.

Judge is playing things by the book. No favorites. No front-runners. Every player in camp is being treated equally.

“Look, everyone in our program understands they are on the same footing,” Judge said after practice Wednesday. “Right now, everyone has a chance every day to compete and earn a job. There is no one player different from anyone else. We are not just saying that. That's what we believe in. That's how I run this program.”

The Giants started practicing in pads this week, and watching Thomas work can be eye opening. When the 6-foot-5, 315-pounder leaves the huddle he seems to lumber to the line of scrimmage. When the ball is snapped, he shows a burst of unexpected speed, especially leading downfield to block on a running play.

Thomas has learned quickly that playing in the NFL is nothing like being a lineman at Georgia. In college, being faster and stronger and knowing your assignments led to success.

“At this level, there is so much technique that you have to learn,” Thomas said Wednesday. “There are so many things before the snap, before the ball even hikes. I think that’s the biggest adjustment.”

Judge and line coach Marc Colombo are cross-training players on both sides of the ball. Thomas already knows both tackle spots. He started every game as a freshman at right tackle and played his last two years for the Bulldogs at left tackle. He started 41 of 42 games, missing one with an injury.

After the Giants drafted Thomas, some wondered whether they would move Solder to the right side to establish Thomas on the left. It never came to that.

Solder, who has had cancer, has a son fighting cancer, and a newborn baby at home, decided not to play.

That opens the sport for Thomas, though not everything has been perfect. Third-year linebacker and recent Georgia teammate Lorenzo Carter showed him up in a pass rush drill on Tuesday evening.

Thomas admits he has work to do, noting Carter had a great rep in the drill.

“There was some good, some bad,” Thomas said. “The biggest thing for me is just working the new technique coach Colombo is teaching. Making sure I’m reading my keys right ... just try to get better each and every day.”

Having Colombo as a line coach can only help. The former Cowboys tackle and line coach is a hands-on teacher. After every play he walks up to his linemen, demonstrating a move or a defense against a move.

“He can actually show us exactly what he wants,” Thomas said. “What’s the steps, what’s the hand placement, and it relays the message a little bit better for us than just having somebody saying what they want.”

Thomas has been spending a lot of time working on hand movements. He is learning to keep his hands inside his body frame in pass protection, while in the run game he has been trying to set the base of his body so he delivers a good, balanced strike. He wants to be physical.

Thomas has shown confidence in one area. When the veterans made him sing recently, he delivered on the Bill Withers hit “Ain’t No Sunshine.”

“I think I held my own,” Thomas said.

It would be even more impressive if he said the same thing after protecting Daniel Jones' blind side during games this season.