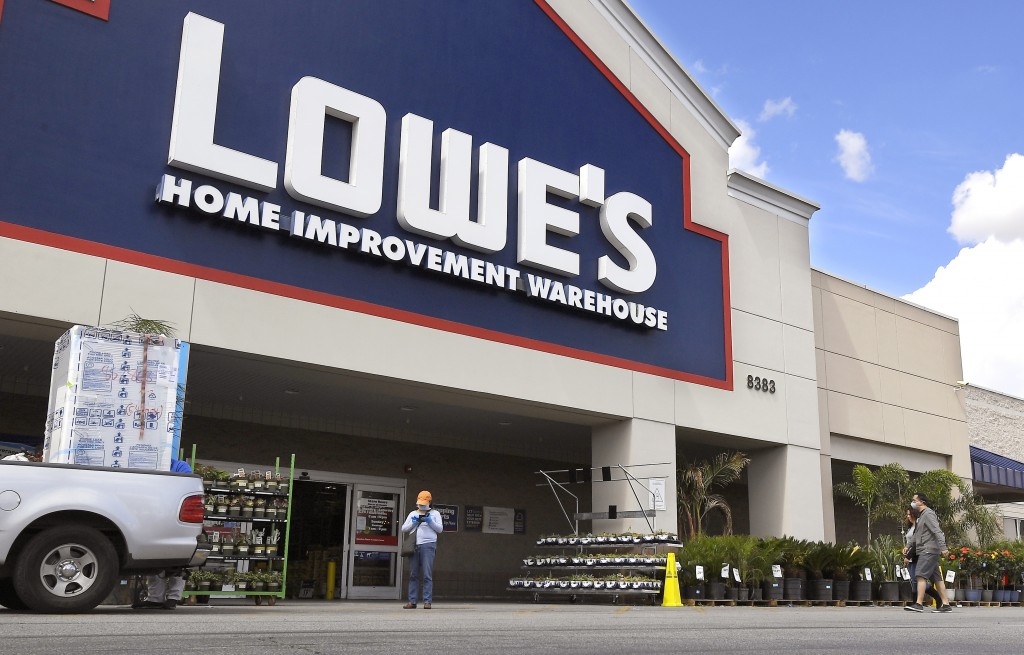 Comparable store sales in the U.S. surged 35.1% at Lowe's and online orders more than doubled with Americans spending much more time at home during the pandemic.

Lowe's revenue for the three months ended July 31 climbed to $27.3 billion from $21 billion, the company said Wednesday, far better than the $24.85 billion analysts expected according to a survey by Zacks Investment Research.

CEO Marvin Ellison said in a prepared statement that customers seemed mostly focused on repair and maintenance of their homes.

At the same time, many are focused on finding a new home with more space for an office from which to work remotely, or one with a yard rather than a stoop.

On Tuesday the Commerce Department reported that construction of new U.S. homes surged 22.6% last month. The department said that new homes were started at an annual pace of nearly 1.5 million in July, the highest since February and well above what economists were expecting.

The National Association of Realtors said last month that its index of pending sales rose 16.6%, to 116.1 in June, its highest level since 2006.