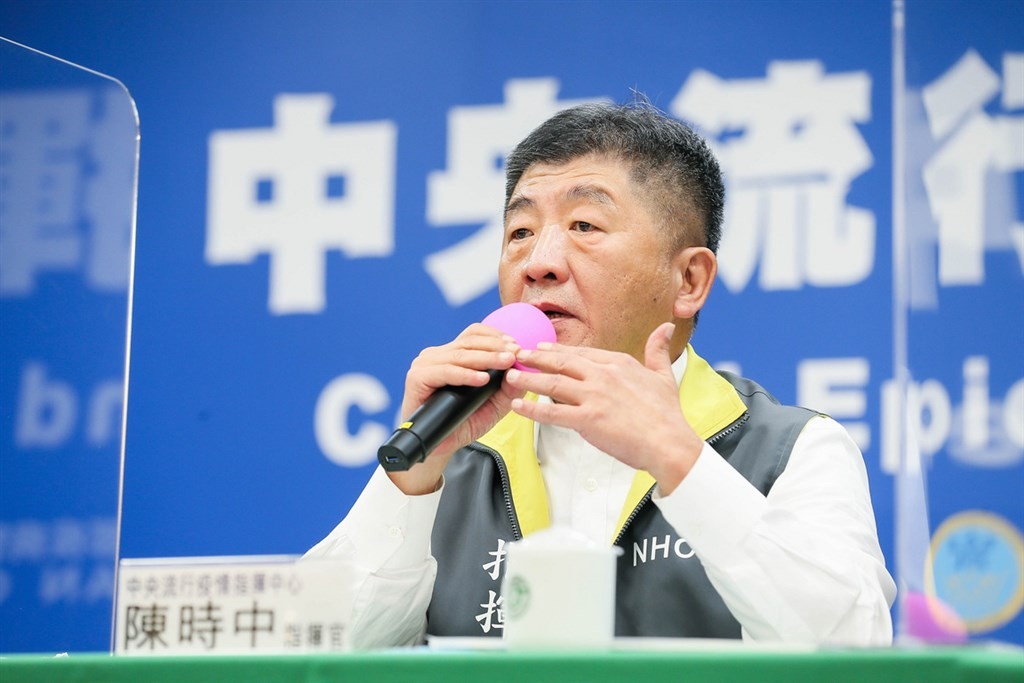 TAIPEI (Taiwan News) — Taiwan's Central Epidemic Command Center (CECC) on Wednesday (Aug. 19) announced no new cases of Wuhan coronavirus (COVID-19) but provided details on passengers who tested positive for the virus in Laos, Vietnam, and Shanghai after they departed from Taiwan.

During his weekly press conference on Wednesday, Health Minister and CECC head Chen Shih-chung (陳時中) announced there were no new coronavirus cases, leaving the total number of cases in Taiwan at 486. However, he said that three persons who recently departed from Taiwan have tested positive for COVID-19 in Laos, Vietnam, and Shanghai.

In the case of Laos, the CECC said that a Laotian man in his 30s came to Taiwan on Feb. 15 of this year to study in the northern part of the country. On Aug. 10, while still in Taiwan, he paid to take a coronavirus test, which came back negative.

On Aug. 11, he boarded a flight for South Korea, where he stayed for a one-day transit stop before flying to Laos on Aug. 12. When he arrived in the country, he was again tested for the coronavirus, and the results came back positive on Aug. 13.

According to the CECC, the man did not experience any symptoms during his stay in Taiwan. Based on a preliminary investigation, the man spent most of his time at his school and the surrounding area, while his activities outside the school were mainly in the northern part of the country.

Presently, a total of eight people have been identified as having recently come in contact with the man, including individuals at his school and in his dormitory. Three have been told to undergo home isolation.

One of the contacts has tested negative for antibodies for the disease, while two are still undergoing testing. The five others have been asked to begin self-health management.

As for the Vietnam report, the case is a male Vietnamese migrant worker in his 40s. He worked in northern Taiwan throughout his stay in the country.

On Aug. 7, he flew from Taiwan to Vietnam and underwent a test for the coronavirus at the airport, which came back negative. He was then placed in a quarantine center.

There were two other persons staying in the same quarantine room as the man, and they dined together. These were Vietnamese nationals who had returned from the U.S. and Japan, respectively.

Both of them developed symptoms on Aug. 13 and were subsequently diagnosed with COVID-19. The man who had lived in Taiwan developed a sore throat, fever, and abdominal pain on Aug. 15.

On Aug. 17, he was tested for the disease again, and the results this time were positive. In response to this case, the CECC and local Taiwanese health departments have initiated a domestic epidemic investigation and are tracing contacts.

As for the Shanghai case, Taiwan has yet to receive a response from China. However, the CECC is aware of the case and has been contacted by the patient's friends in Taiwan. The CECC said that it is currently confirming the details of the case with Chinese officials and conducting an investigation into who he came into contact with.

According to a Weibo post by Shanghai health authorities, a Chinese citizen who had been visiting relatives in Taiwan tested positive for the coronavirus after arriving at the Shanghai Pudong International Airport on Aug. 14.

The CECC on Wednesday did not announce any new reports of people with suspected symptoms. Since the outbreak began, Taiwan has carried out 85,128 COVID-19 tests, with 84,068 coming back negative.

Out of the 486 confirmed cases, 394 were imported, 55 were local, 36 came from the Navy's "Goodwill Fleet," and one has yet to be clarified. Up until now, seven individuals have succumbed to the disease, while 457 have been released from hospital isolation, leaving 22 patients still undergoing treatment in Taiwan.