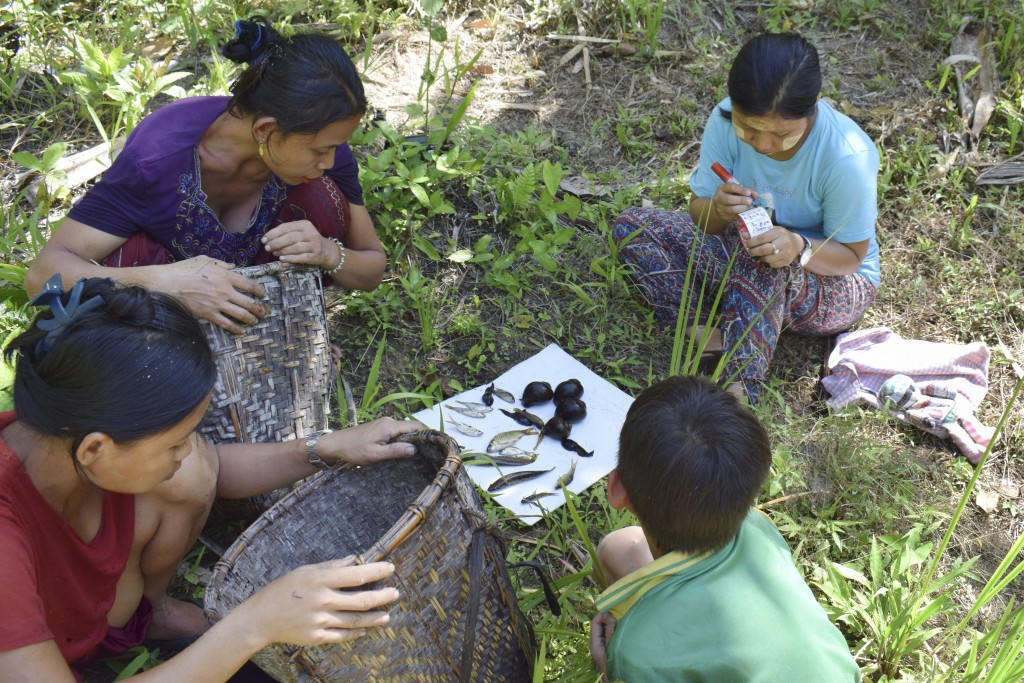 JAKARTA, Indonesia (AP) — When farmer May Cho Win learned that a conservation project proposed by the U.N. Development Program in Myanmar would include the land she’s worked for over a decade, the 28-year-old wondered how she and her husband would be able to support their three children.

“Without our land we can’t live,” she told The Associated Press, speaking by phone from her single-room bamboo home. “If they come and do this project, we will have nothing to do — we’ll be like dead people.”

The $21 million “Ridge to Reef” project — funded by the Global Environment Facility with support from the Smithsonian Institute, the Myanmar government and other partners — would conserve nearly 5,500 square miles (14,000 square kilometers) of land, coastline and marine areas in southern Myanmar’s Tanintharyi Region.

But Indigenous and land rights activists say the project will disrupt largely agrarian and fishing-based livelihoods among residents of about 225 villages in the proposed park area. The project – now on hold while the U.N. program’s inspector general investigates their complaints — is but one example of conflicts between well-meaning, top-down conservation efforts and Indigenous peoples.

With increasing development and deforestation across the globe, both international conservation groups and Indigenous activists recognize the importance of protecting lands that provide havens for biodiversity and valuable carbon storage for a warming planet.

Tigers, Asian elephants, tapirs and other endangered species live in what is the largest area of lowland wet evergreen forest remaining in the Indo-Myanmar biodiversity hot spot, as well as some of the largest contiguous blocks of mangrove forest in mainland Southeast Asia.

Yet the region has been environmentally degraded by palm oil concessions, aquaculture projects, mining and illegal logging.

Between 2010 and 2015, the U.N. says, Myanmar experienced the world's third-highest forest loss after Brazil and Indonesia, with an estimated annual loss of about 2% of the country’s total forest cover.

However, local Indigenous and land rights activists contend that when the U.N.'s development program designed the conservation project, the organization didn’t adequately consult with communities, violating the right of free prior informed consent under the U.N. Declaration on the Rights of Indigenous Peoples.

That's the “bare minimum standard for engaging with Indigenous peoples and communities in the context of any project that may affect them,” said Holly Jonas, a global coordinator at ICCA Consortium, which promotes Indigenous rights.

Although the U.N. said there were various stakeholder meetings and consultations with the community, activists said many villagers were not informed of the project until after it was approved.

“Both the project side and government sides didn’t come and inform us about the project,” Saw Min Yin, a 36-year old village administrator and gardener in the proposed project area, said by phone. “We don’t accept this project, because our traditional ways of life may disappear because of it."

Indigenous activists fear the conservation project also would deny people forced to flee their homes during decades of civil conflict the right to return, which is protected under the Universal Declaration of Human Rights.

Conservation Alliance Tanawthari, a coalition of Indigenous community organizations, made a formal complaint in September 2018 to the independent U.N. development program inspector general for investigation.

“We found that the project officials didn't do proper consultation,” said Paul Sein Twa, executive director of the Karen Environmental and Social Action Network, a member of the alliance.

The U.N. said project activities are currently “fully suspended,” and the inspector general still has no estimated release date for findings.

“The project’s intention is to invest in improving the lives of people in Tanintharyi while conserving the wildlife through an agreed plan,” Biplove Choudhary, chief of Sustainable and Inclusive Growth, UNDP Myanmar told the AP in an emailed statement.

The U.N. turned down requests for interviews.

The Myanmar project isn’t the first time a UN-Global Environment Facility conservation projects have been contested.

In January 2020, a draft report by the U.N. development program found that Indigenous Baka people living close to a Republic of Congo national park it funded along with other international partners had been evicted from their native forests and beaten by park rangers, and that female tribe members had been sexually harassed.

Such violence is rooted in a deep history of the idea that parks need to be “people free,” said Jonas, the Indigenous rights advocate.

“There’s been a false narrative of nature being better without people and that we have to protect nature from people — when actually that landscape was created ... with the indigenous peoples there.”

After learning about the Ridge to Reef project, indigenous land rights activists spent nearly a year consulting with local communities to develop an alternative proposal for a landscape conserved by Indigenous people.

Their report outlined traditional community-led conservation efforts used for generations, including land and forest administration as well as traditional customs and practices that safeguard biodiversity.

“We consider ourselves like an animal of the forest. It’s like we are tigers — when you take a tiger out of the forest, how will it live?” said Paul Sein Twa. “We consider it part of our life and duty to protect our lands.”

Evidence of the effectiveness of such community-led conservation already can be found in Myanmar.

Between 2002 and 2014, indigenous-majority states and regions in Myanmar, including Tanintharyi, were found to have higher rates of deforestation in government-controlled areas, according to Win Myo Thu, director of EcoDev Myanmar, a non-governmental organization that advocates for local environmental governance. In Tanintharyi, areas controlled by ethnic minority armed groups had an average of 6% less deforestation.

For May Cho Win, the desire to continue to protect her densely forested land and to grow durian and cotton remains firm — U.N. project or not.

“We have responsibility to protect our lands by ourselves for our living conditions,” she said. “Because If we lose our land, where can our children live and work?”