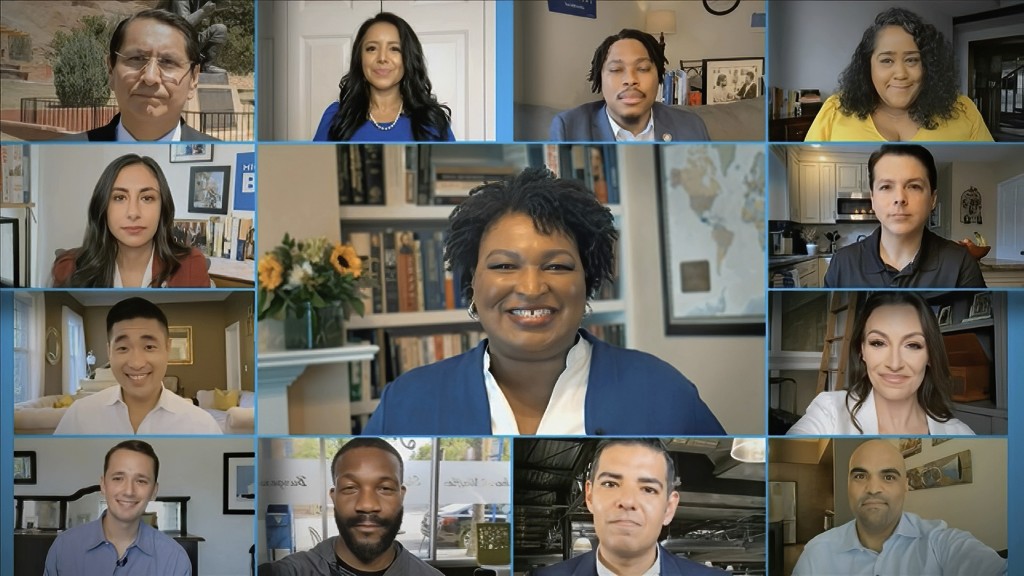 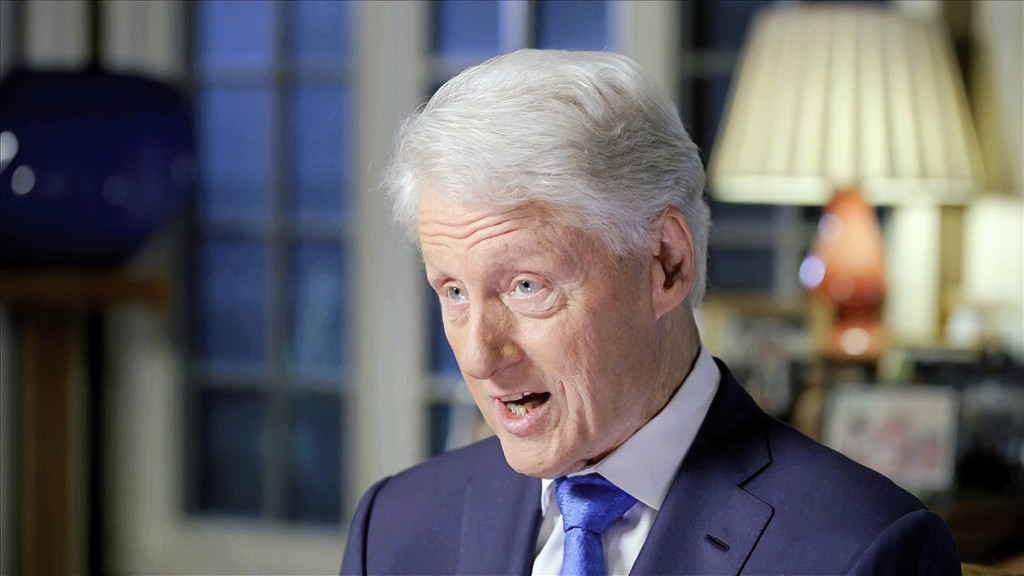 Sustaining energy through four days of a political convention is never easy. It's even more challenging during this, the first virtual convention. On the second night of the Democratic National Convention, party leaders tried to blend its past with its future.

Joe Biden, who was being formally nominated Tuesday night in a virtual roll call of states, doesn’t shy away from the obvious: He’s a 77-year-old white man leading a party that celebrates its racial and ethnic diversity and gets a majority of its votes from women.

He has at times offered himself as a bridge to bring together that coalition, calling himself a “transitional figure” for the party and the country.

Democrats tried to put that on vivid display, an ideological arc that spanned the New Democrat centrism of former President Bill Clinton to the new century progressive, Rep. Alexandria Ocasio Cortez, who was born in 1989, the year after Biden's first presidential run.

Democrats were trying to show that their party tolerates differences in ways that the Republican Party led by President Donald Trump does not. The Democrats honored Clinton, and former president Jimmy Carter, along with the party's nominee in 2004, former Secretary of State John Kerry. Cindy McCain, whose husband, John, was the Republican nominee in 2008, appeared in a video praising Biden.

Former President George W. Bush, the only living GOP ex-president, and Sen. Mitt Romney, the party's nominee in 2012, will not be part of the Republican convention next week.

In a 17-person keynote address that was part relay, part reminder of the party's blended constituencies, followed by a roll call of the states, the ethnic and racial contrast with Republicans is obvious. For Democrats, that was the point.

Donald Trump’s journey to the presidency began with then-President Barack Obama mocking the reality TV star relentlessly during the White House correspondents’ dinner in 2011 — a brutal ribbing that propelled the notoriously sensitive mogul toward his 2016 run.

But nobody’s making jokes now. During the first two days of the Democratic National Convention, the party’s luminaries — and even some Republicans -- have grimly warned the public that he represents a fundamental danger to democracy.

“He treats our country like it’s his family business,” warned former Assistant Attorney General Sally Yates. “America, Donald Trump has quit on you,” Senate Minority Leader Chuck Schumer said. Even senior leaders like Michelle Obama and Bill Clinton devoted chunks of their speeches to warning that the president is a fundamental threat to the country.

Usually conventions feature stinging put-downs of the rival standard-bearer and the occasional lacerating speech. But the 2020 Democratic convention is notable for the consistency of dire warnings about the other party’s leader.

Conventions usual follow a standard ritual. But it's not surprising that a virtual convention would change that.

Biden's campaign used the moment not to anoint a single emerging party star, but rather 17 of them, reflecting the diversity of race, age, geography and identity.

It was a stunt for sure, with selfies, ring lights and tightly scripted hits on Trump. But it also seemed effective to make the point, that Biden, 77, wants to provide a gateway for young leaders.

“A new generation of leaders is rising up,” said Pennsylvania state Rep. Malcolm Kenyatta, an openly gay lawmaker who praised Biden for supporting marriage equality earlier than many older politicians.

Kenyatta and 15 other speakers led up to Stacey Abrams, the 46-year-old Georgian who in 2018 narrowly missed becoming the first Black woman elected governor of a U.S. state. Abrams also was among the 11 women that Biden interviewed as finalists for his running mate.

The keynote was bookended Monday by a lineup of the Democratic old guard, led by Kerry and two former presidents, Bill Clinton and Jimmy Carter.

Biden has made clear he’s casting a wide net in November. The convention’s first night was mostly showcasing ideological diversity. The keynote and the rest of Tuesday showcased what Biden hopes is generational diversity in his coalition.

CLINTON, BRIEF FOR ONCE, HAMMERS TRUMP

Bill Clinton has now spoken at 11 Democratic national conventions. But he’s never had a more tentative grasp on the party, or a tighter window, than he had Tuesday.

That Clinton was speaking at all was mildly surprising given how his sexual dalliances appear to some in the post-MeToo era. But the notoriously prolix president — whose 2012 speech for Barack Obama ran nearly 50 minutes — was kept to five minutes during the tight, all-online convention. And he wasted no time scorching the man who defeated his wife in the 2016 election.

“If you want a president who spends his day watching hours of TV or zapping people on social media, he’s your man,” Clinton said of Trump in his prerecorded speech. He slammed Trump for making the Oval Office “the storm center” rather than “the command center” during the pandemic, and for the nation’s dismal track record fighting the disease.

For once, Clinton showed that less was more.

Every convention has an off-script moment, and for Democrats this week, that came when Twitter was aflutter over the snubbing of Julian Castro, who gave the Democrats' keynote address in 2012 and challenged Biden, sometimes quite personally, in the primaries this year.

The criticism was that Biden was taking the Latino vote for granted. The actual roster of speakers says otherwise.

A famous Latina actress, Eva Longoria Baston, hosted the first night of the convention, which also featured a cameo by labor icon Dolores Huerta, remarks by Nevada Sen. Catherine Cortez Masto and a breakout speech from Kristin Urquiza, a Arizona Latina who told the story of her father’s death from COVID-19 with the memorable line, “His only pre-existing condition was trusting Donald Trump.”

The Biden campaign’s mantra during the primary was that “Twitter is not real life.”

So far it’s been notable that the convention’s main critique of Trump has been over his handling of the pandemic. It’s the biggest issue affecting people right now, but it’s also a disease disproportionately sickening Latinos, who routinely list health care, rather than immigration, as their top priority. That focus may have more of an impact than the speaking list.