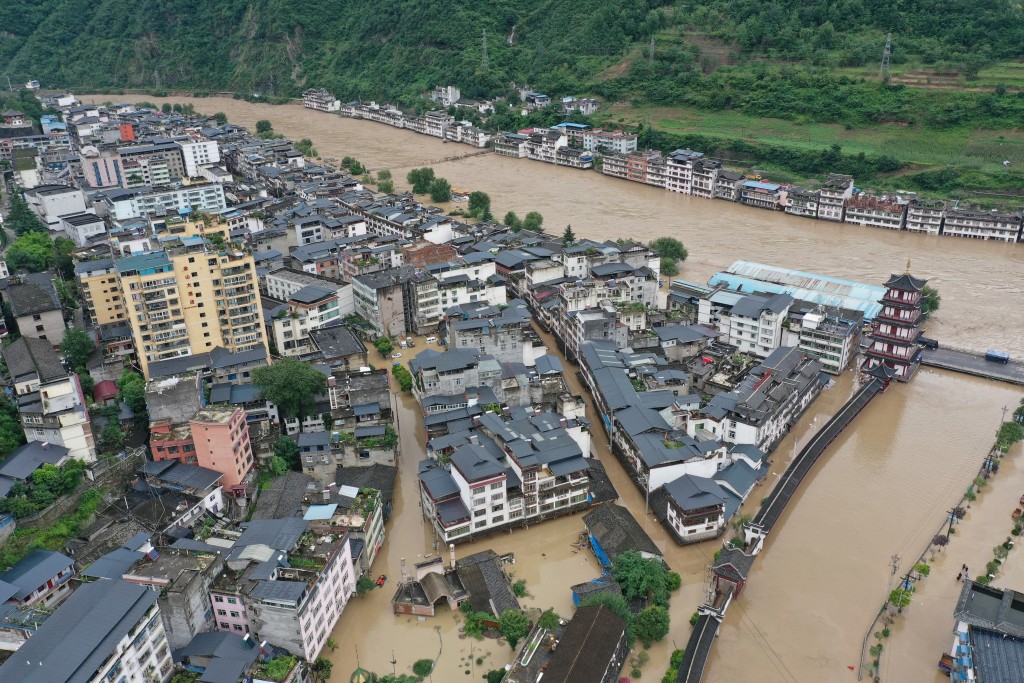 Landslides backed up a river, trapping 48 people on rooftops in Longnan city in the southern part of Gansu province, according to The Paper, an online news portal.

In Sichuan, water lapped at the toes of the Leshan Giant Buddha — a towering 8th-century statue carved into a mountainside — for the first time since at least 1949, a government scenic management committee said.

Downriver in Hubei province, officials at the Yangtze River Water Resources Commission warned that the Three Gorges Dam, the world’s largest hydroelectric project, would see the largest inflow of water in its 14-year history.

Flooding has left more than 200 people dead or missing in China this year and caused $25 billion in damage.