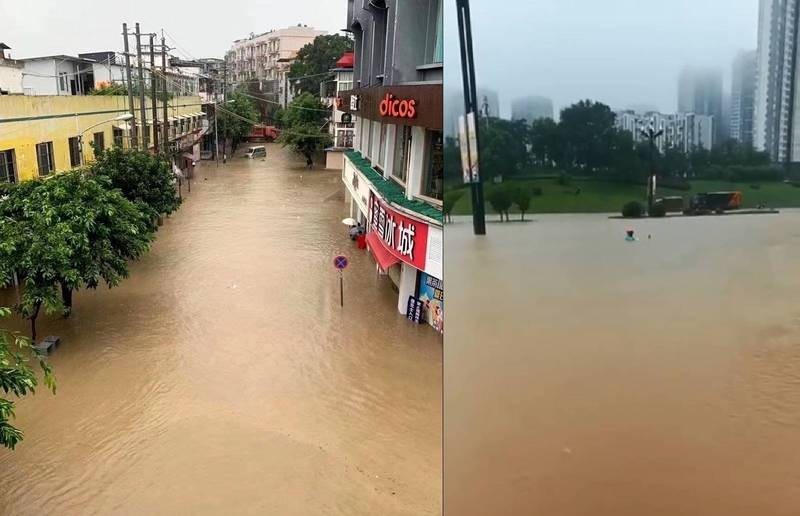 TAIPEI (Taiwan News) — Massive rains pounding Chongqing and much of Sichuan Province over the past few days have led to record-setting floods and alerts and are generating the highest inflow into the vaunted Three Gorges Dam yet this year, surpassing the huge quantities of water seen in four previous floods over the past three months.

In Sichuan and Chongqing, which sit on the upper reaches of the Yangtze River, days of torrential rain have caused numerous floods to break out. The Changjiang Water Resources Commission (CWRC) of the Ministry of Water Resources at 2:00 p.m on Monday announced that the "No.5 Flood" of this year had formed on the upper reaches of the river and would pass through the Three Gorges Dam with an astonishing inflow rate of 70,000 cubic meters per second, a record for this year.

The Sichuan provincial government announced on Sunday (Aug. 16) that it would send four more groups to disaster-stricken areas of Meishan, Ya'an, Chengdu, and Guangyuan to provide disaster relief, bringing the number of relief groups dispatched across the province to six. That same day, the Sichuan provincial government dispatched groups to Mianyang and Deyang, two other cities where extensive flooding has been reported. The flooding situation in Sichuan and Chongqing can be measured by the water levels of the Yangtze River. The CWRC said that as of 2 p.m. on Monday afternoon, the Cuntan station at the center of Chongqing recorded a flow rate as high as 50,100 cubic meters per second.

The CWRC predicted that by early Wednesday morning (Aug. 19), the water flowing through Cuntan will peak at 3 to 4 meters higher than the "safe water level" (保證水位) for dike integrity. On Monday afternoon, authorities estimated that the water level of Chengdu's Jintang County, located at the upper reaches of the Tuo River, would exceed the "safe level" by 3.85 meters, with maximum peak discharge climbing to 8,200 cubic meters per second, setting a new record since the founding of communist China 71 years ago.

Also in Jintang County on Monday, a large number of people in Xingfu Village, Sanxing Town were trapped on Bailu Island. According to the latest reports, they were still awaiting rescue.

Meanwhile, in nearby Zizhong County, the Tuojiang River was also expected to face peak flooding at 4:00 p.m. on Monday, but before that, the flood had already overflowed the dike. More than half of the town of Guidezhen was flooded and faced with water and power outages.

In response, local authorities have evacuated more than 3,000 people — half of the local population. At present, the road leading to Guidezhen has also been flooded, making the town an island.

Another neighboring area, Weiyang County, reported that the heavy rain had affected at least seven towns, 1,813 households, and more than 5,028 people. Direct economic losses to the county are estimated to be 9.75 million (NT$41.38 million) Chinese yuan, and nearly 2,100 people have been evacuated.

The state-run outlet stated that the Ya'an section of the Qingyi River has been struck by the biggest flood seen in 100 years. Meanwhile, water levels in the Qingyi River basin and at the lower reaches of Dadu River and Min River are all expected to exceed warning levels.

Floods said to be "beating historical records" are anticipated at Sanhuangmiao station along the Tuojiang River, while heaving flooding is also predicted for the middle and lower reaches of the Fujiang River.

Xinhua reports that the torrential rains have affected 60,000 residents of Sichuan and inflicted damage to farmland, transportation, water conservancy, and other infrastructure. Ten sections of highways and 71 sections of other major roads have been disrupted by the flooding.

August 15th to 16th, heavy rains continued in many parts of Sichuan. The severity of this round of heavy rains in Sichuan. Some video shooters in Mianyang said that there may be no harvest in rural homes.#China #Weather pic.twitter.com/ckn3TTXbtN

Shit.. that’s how bad the floods in Sichuan is.... pic.twitter.com/dK6UrBkJwI 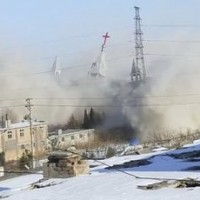