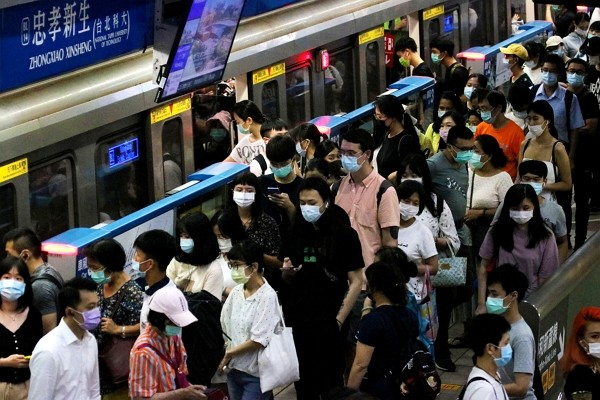 Earlier this month, Chen announced eight public settings where mask-wearing would be mandatory, including schools, places of worship, medical and health facilities, public transport, entertainment venues, markets, and large social events. At the time, Chen said no fines would be issued to those who violate the regulations but that he hoped the public would respect them to ensure the safety of society.

During a Monday interview with GreenPeace Radio, Chen said he had noticed that less than 70 percent of Taiwanese are complying with the mask policy. He noted that it has been two weeks since the policy was announced but that a large number of citizens still seem to believe wearing a mask in public spaces is unnecessary with the apparent absence of local infections.

Despite Taiwan's largely successful containment of local transmission, Chen emphasized that having no local cases reported does not guarantee zero risks, adding it is still likely there are undetected carriers. He said a fine would be issued if the percentage of individuals refusing to wear masks where they are required remains low.

Meanwhile, the health minister pointed out that mask-hoarding is a continuing problem. He said he understands that people want to save masks for emergencies but said there are reasonable limits, reported Liberty Times.

Although the CECC has yet to impose fines on violators of the compulsory mask rule, the governments of Kaohsiung City and Yunlin County have said that they will penalize individuals under the Communicable Disease Control Act if they are found without masks at any of the eight types of public venues. The southern city of Tainan has also made mask-wearing mandatory in all indoor places as a precautionary measure against a potential second wave of infections in the country, reported ETtoday.