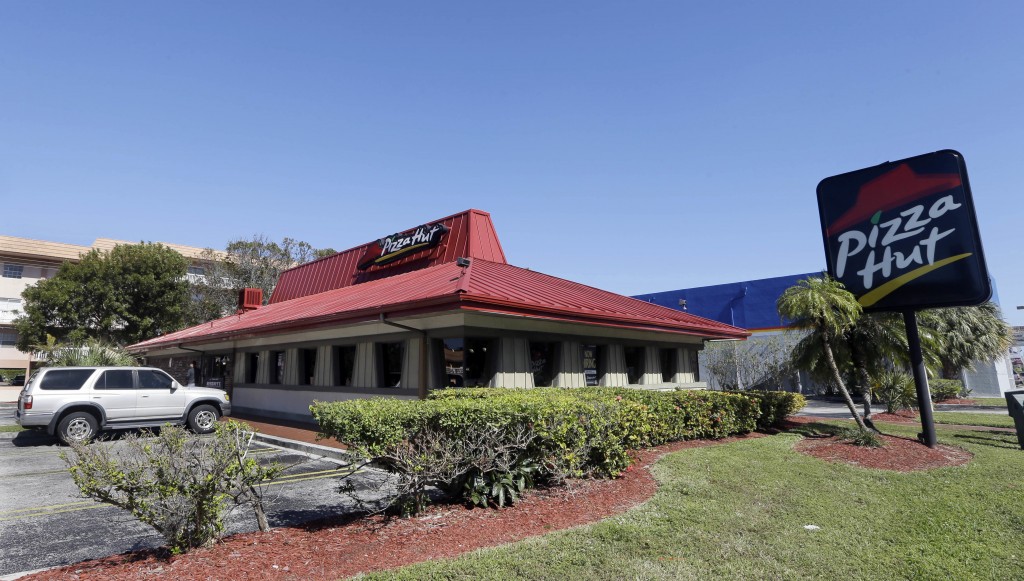 Up to 300 Pizza Hut restaurants will be closed, most of them dine-in locations not well suited for carryout and delivery at a time when millions of people are sheltering and eating at home.

Pizza sales have exploded during the pandemic. Domino's last month reported a 30% spike in quarterly profits. On Monday it said that it was hiring more than 20,000 people to handle surging orders.

Franchisee NPC International said Monday in documents filed in bankruptcy court that it had come to an agreement with Pizza Hut to close hundreds of locations. The Leawood, Kansas, company filed for bankruptcy protection last month.

In its filing, NPC said that closing stores not designed for pick-up or delivery will allow it to invest in smaller stores that can better handle online orders.

In May, Pizza Hut’s U.S. carryout and delivery sales reached an eight-year high, according to Yum Brands Inc., the Louisville, Kentucky, company that also owns KFC and Taco Bell.

Yum Brands in a prepared statement said the stores being closed had underperformed others owned by NPC, and that shedding them would strengthen NPC's remaining portfolio.