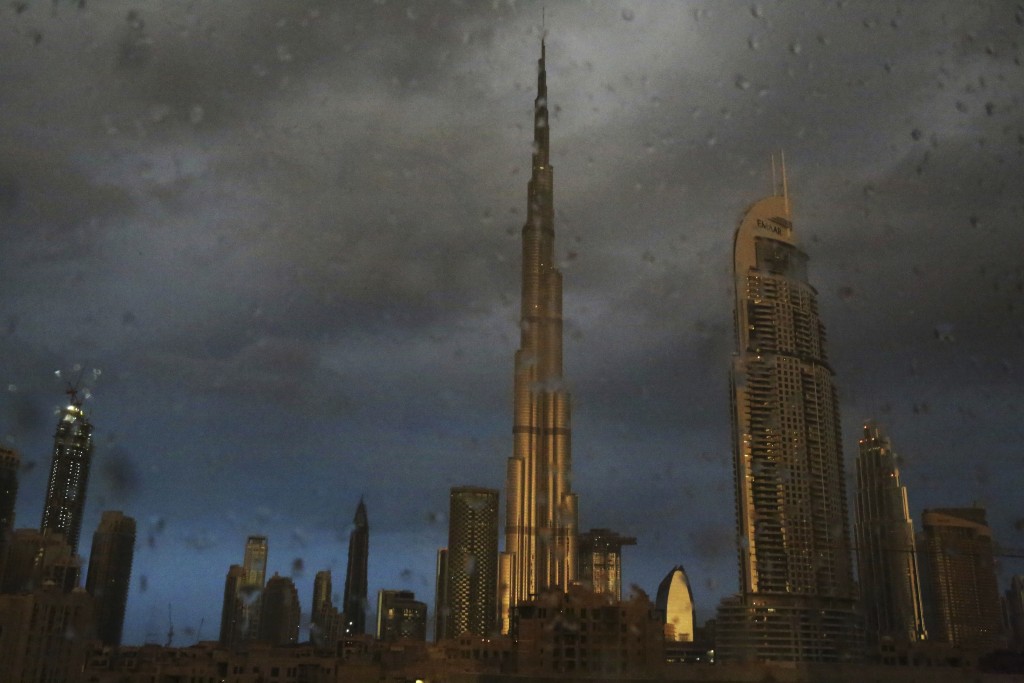 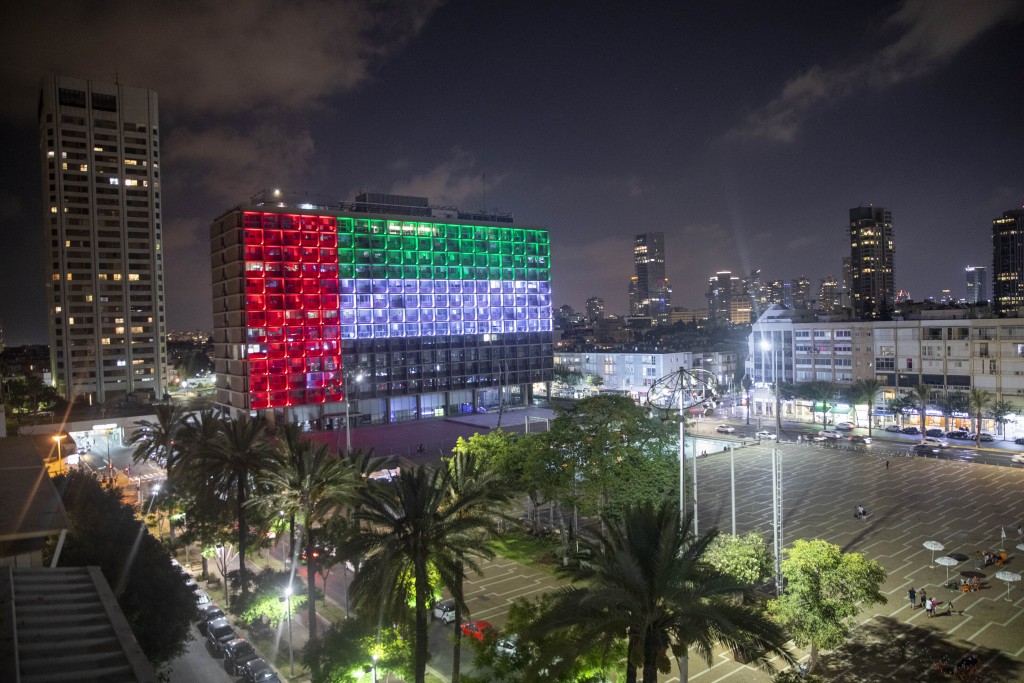 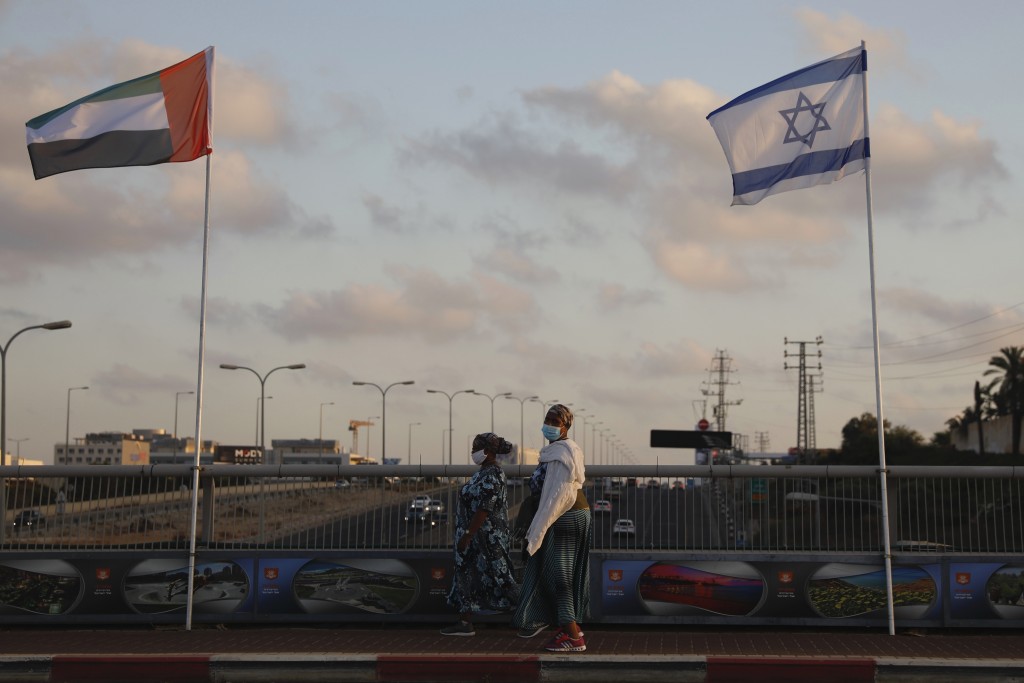 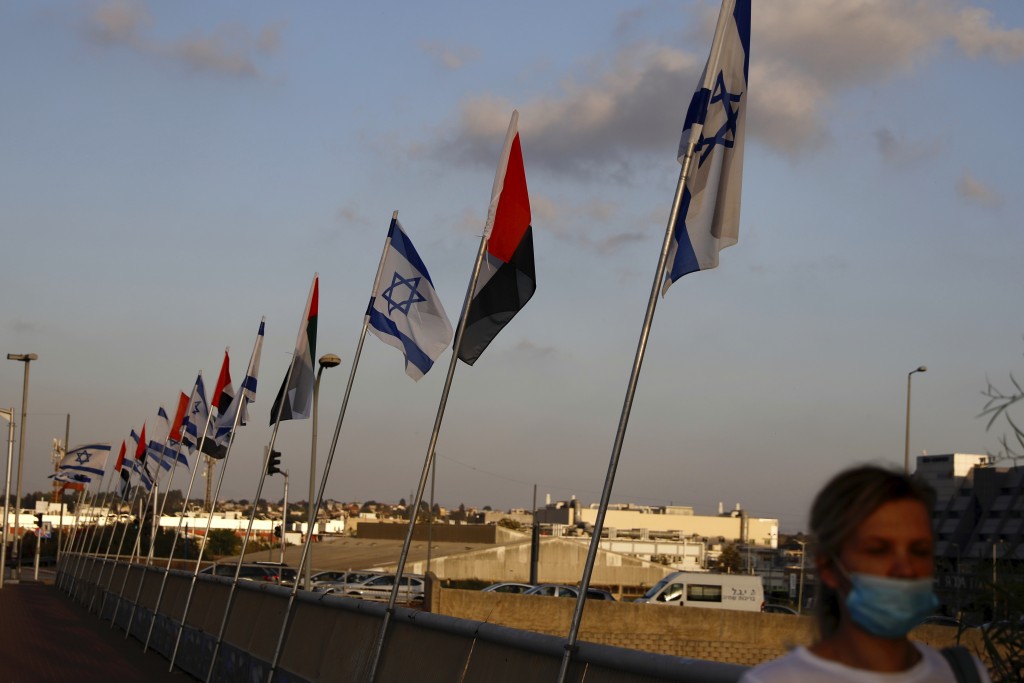 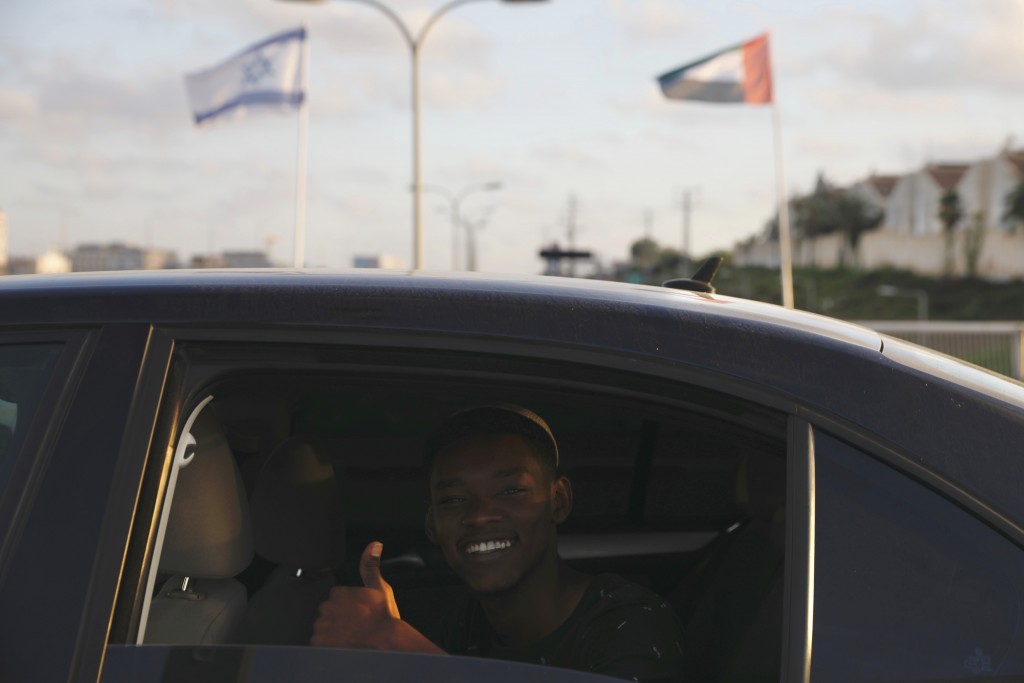 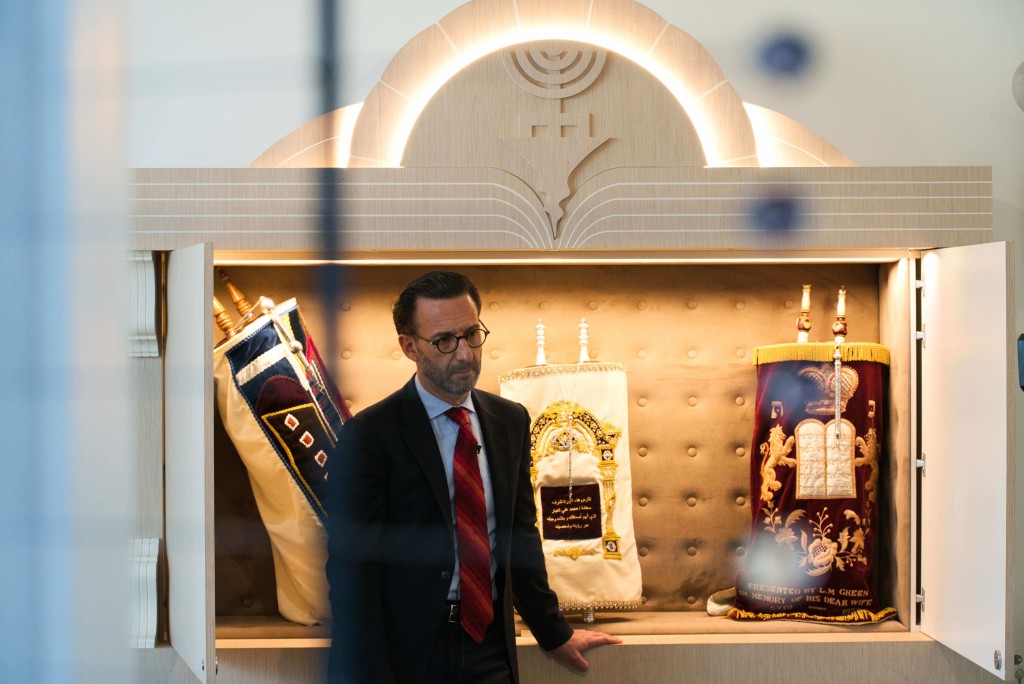 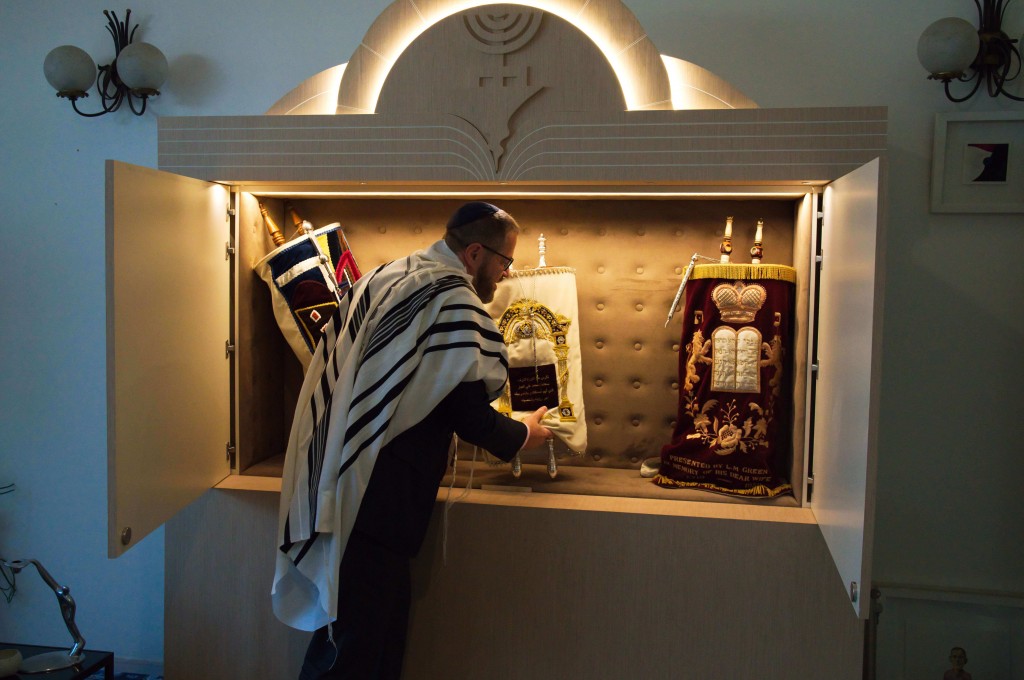 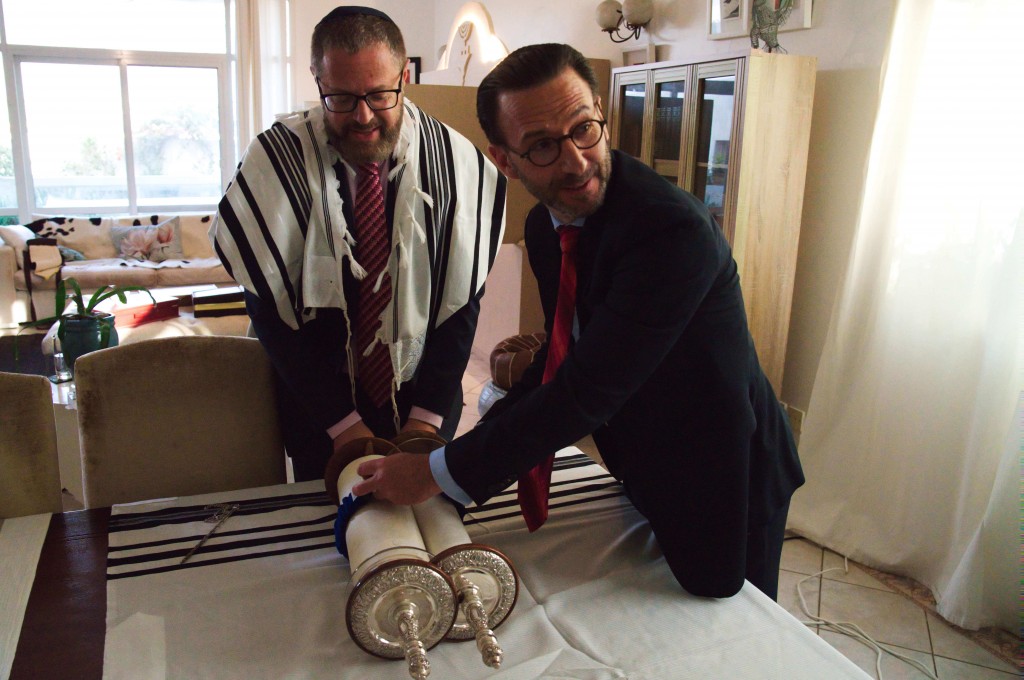 JERUSALEM (AP) — For eager Israelis, anticipation is mounting that Dubai’s glitzy Burj Khalifa, the world’s tallest building, will soon join the ranks of the Pyramids in Egypt and the ancient ruins in Jordan's Petra as a once-forbidden destination now within reach.

Last week, the United Arab Emirates said it would establish full diplomatic ties with Israel, which would make it just the third Arab nation to do so. The dramatic announcement set off a flurry of excitement in Israel, bringing years of covert business and security ties into the open and adding an appealing tourist destination for travel-happy Israelis.

Israeli TV stations have already dispatched reporters to the oil-rich Persian Gulf nation and local media has been filled with footage of Dubai’s shiny skyscrapers, massive malls, artificial islands and sandy beaches. Newspapers have been blaring headlines of a “new Middle East” and publishing tutorial articles about the Emirati economy, landscape and royal family.

The U.S.-brokered deal has been billed as a diplomatic breakthrough that formalizes the burgeoning alliance against Iran. The UAE says it halted Israel's contentious plans to annex up to a third of the West Bank, land sought by the Palestinians.

But for many Israelis, the allure lies mostly in fulfilling their long-time yearning for acceptance in the Middle East.

The prospect of mutual embassies, expanding tourism to the Gulf and solidifying business opportunities with another country that shares its penchant for technology and innovation has Israelis salivating.

“We used to have to ‘launder the products’ and go through all kinds of intermediaries to do business with Arabs,” said Gadi Nir, co-founder and chief executive of Bobo, an Israeli company that makes physiotherapy and rehabilitative products and just signed one of the first deals with a UAE company. “It was always indirect and artificial. Now we can get personal. We don’t have to hide under the carpet anymore.”

Following Thursday's announcement, the Israeli company TeraGroup signed an agreement with an Emirati company, APEX National Investment, to conduct coronavirus research. Communication will also be a lot easier now that the UAE has opened its phone lines to Israel and stopped blocking access to Israeli websites.

The accord between the countries is supposed to include direct flights, less than a three-hour journey, though that could require approval from Saudi Arabia to use its airspace. Israeli Prime Minister Benjamin Netanyahu said Monday work was underway to establish the flight paths.

“It will change Israeli air travel and the Israeli economy with a great wave of tourism in both directions, with investments of great magnitude,” he said.

Israeli travel agents say they have already been swamped by calls from Emirati colleagues in anticipation. Israel’s president, Reuven Rivlin, joined in the excitement Monday, dispatching a letter to Crown Prince Mohammed bin Zayed Al Nahyan to formally invite him to visit Israel.

Thursday’s surprise statement has instantly set off speculation over which Arab nation will be next, with attention focused on Bahrain, Oman and Sudan. For Israel, Saudi Arabia — which still has not commented publicly on the UAE's decision — would be the ultimate prize.

The UAE, a federation of seven sheikhdoms, was a natural candidate to lead the way. Founded in 1971, it had no significant history with Jews, no shared border and no direct conflict with Israel.

Emirati officials had allowed Israeli officials to visit in recent years and the Israeli national anthem was played after an athlete won gold in an Abu Dhabi judo tournament. Israel was set to take part later this year in Expo 2020, the world’s fair being hosted by Dubai, but the event was postponed because of the coronavirus pandemic.

The UAE had been leading efforts to drop the Arab world’s historic animosity toward Israel as part of burnishing a more progressive image in the West.

Outward-looking Israelis have long been fascinated with the UAE, particularly with the futuristic vibe of Dubai. Israelis who have foreign passports routinely visit, and over a dozen Israeli delegations have been granted special access.

Many Israelis hope ties with the UAE will evolve into a far warmer relationship than those with Egypt and Jordan, which made peace with Israel after decades of war and conflict.

Already there is Emirati interest not only in being customers but in co-investing in technology, said Erel Margalit, a leading Israeli venture capitalist.

“This is a significant political step that obviously needs to be augmented by additional steps of goodwill,” said Margalit, a former Israeli lawmaker, who predicted it would bring Israel closer to other Arab nations. “This is not a 100-meter dash, it is a marathon. It’s about building relationships for the long term.”

One such group that has already made the leap was an Israeli teen delegation that was warmly welcomed at last year's unofficial “Robotics Olympics." Their unabashed display of the Israeli flag and Hebrew language gave the event a sense of a warm-up to normalization.

An eventual peace accord will open the gates to more Israelis, including many with roots in the Arab world. Already, one of Israel’s most popular singers, Omer Adam, said he has received a personal invitation to visit from a member of the royal family and that plans are being made for him to stage a concert there.

Another group buoyed by the open diplomatic ties is the small Jewish community of the Emirates, which often found itself squeezed between its host nation and affinity for Israel.

The community has enjoyed the tacit approval of local authorities yet kept a low profile to avoid triggering reactions from the Arab street. The location of the community’s primary synagogue had been a closely guarded secret. But now they are opening their doors to outsiders and expressing “gratitude and joy” over the normalization of relations.

Ross Kriel, the president of the Jewish Council of the Emirates, called the announcement a “sea change."

“I am so moved by the many messages of hope that I have received from Emirati friends of our community on hearing this news,” he said. “Our community members look forward to direct flights to Israel and welcoming Israeli friends and visitors to the UAE.”