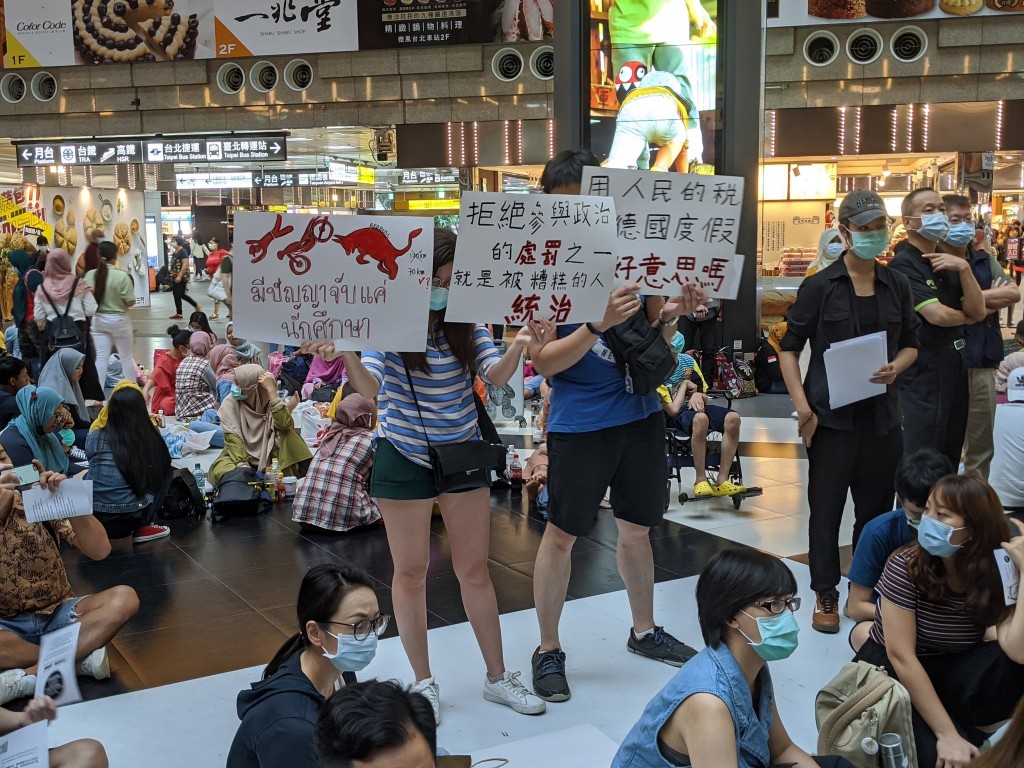 The rally was held at 5 p.m. in the lobby of Taipei Main Station to support the democracy movements in both Thailand and Hong Kong, and it was organized by the Taiwan Alliance for Thai Democracy (台灣推動泰國民主聯盟, TATD). The group told Taiwan News that it estimates 150 to 200 people attended the event.

Activist and researcher Roy Ngerng, who spoke at the event, told Taiwan News that "as a Singaporean, I think it is important to show support for their democracy movements because it would have an impact on our other countries in [East] Asia and Southeast Asia." He added that if the movements are able to bring democracy to more nations in the region, "it would give more hope to the other countries." The group said that the protests are a response to the years of authoritarian rule in Thailand and the "military-designed 'election'" in March of 2019. Last month, protests in the Southeast Asian country were spurred by the impact of the Wuhan coronavirus (COVID-19) pandemic and enforcement of the Emergency Decree, which organizers described as "an excuse for the military-backed Prime Minister to extend dictatorial powers."

Protests against this decree have spread to at least 20 provinces across the kingdom. Sunday's rally in Taipei was timed to coincide with a much larger rally in Thailand that same day.

Protesters at the Taipei event directed the following three key demands at the Thai government: The event was also meant to express solidarity with Hong Kong pro-democracy protesters in their ongoing movement against the Chinese Communist Party (CCP) and its "puppet government in the city," which TATD leaders say has systematically eroded the freedoms of speech and assembly among other rights guaranteed under the Basic Law. Organizers said that they "believe in transnational solidarity against dictatorships and view the drive for self-determination and government accountable to the people as a universal right."

The group added that they hope to be able to "build pan-Asian solidarity against tyranny, especially against youth across the region." Ngerng's speech in support of democracy protesters in Thailand and Hong Kong:

Facebook streaming video of the event in its entirety: