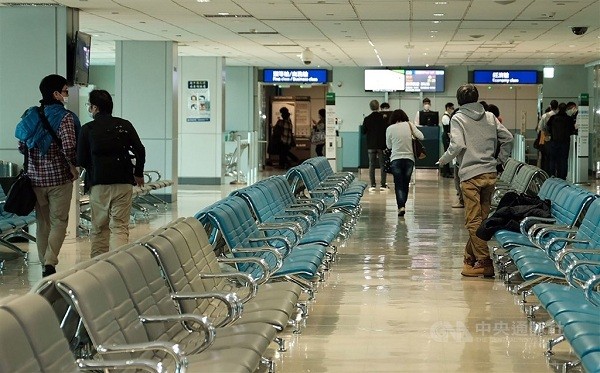 The wife of a man who was diagnosed with COVID-19 in Malaysia Friday has tested negative for the virus, while four others who were in close contact in northern Taiwan will also be tested, the Central Epidemic Command Center (CECC) said Sunday.

Malaysia's Ministry of Health confirmed 20 new COVID-19 cases on Friday, one of which it classified as an imported case from Taiwan.

Following the announcement, a Malaysian health official told CNA that the patient is a 33-year-old Malaysian citizen of Chinese background, who had been working in Taiwan prior to his return to Malaysia earlier this month.

CECC spokesman Chuang Jen-hsiang (莊人祥) said Sunday at a news conference that the man's wife told the CECC that he entered Taiwan in February and had not left until Aug. 2.

During his stay in Taiwan, the man was in close contact with five people, including his wife, who he met with every day.

The man's wife was given both antibody and PCR tests, both of which came back negative. The other four will also be tested, Chuang said.

The man was mainly in northern Taiwan and Chuang noted that the CECC will continue tracing other people who may have been in contact with him.

The man left Taiwan on Aug. 2, flying to Kuala Lumpur via Hong Kong.

He tested negative for COVID-19 upon arrival in Malaysia and took a bus to a designated quarantine hotel. The asymptomatic man was given tests Aug. 13 before the ending of his 14-day quarantine period. This time, however, his test results came back positive the following day.

Noting that the man tested positive within the quarantine period, Chuang said the source of infection could be in either Malaysia or Taiwan.

However, judging by the timeline, there could be little chance of his having infected others while in Taiwan. However, the CECC will find out whether there is the possibility that the man contracted the virus here, according to Chuang.

Taiwan reported two new imported cases Sunday, bringing the total number in Taiwan to 484, of which 392 have been classified as imported, the CECC said.
Globally, COVID-19 has infected 21,437,602 people in 187 countries and regions, with a total of 766,009 fatalities, according to CECC statistics as of Sunday.