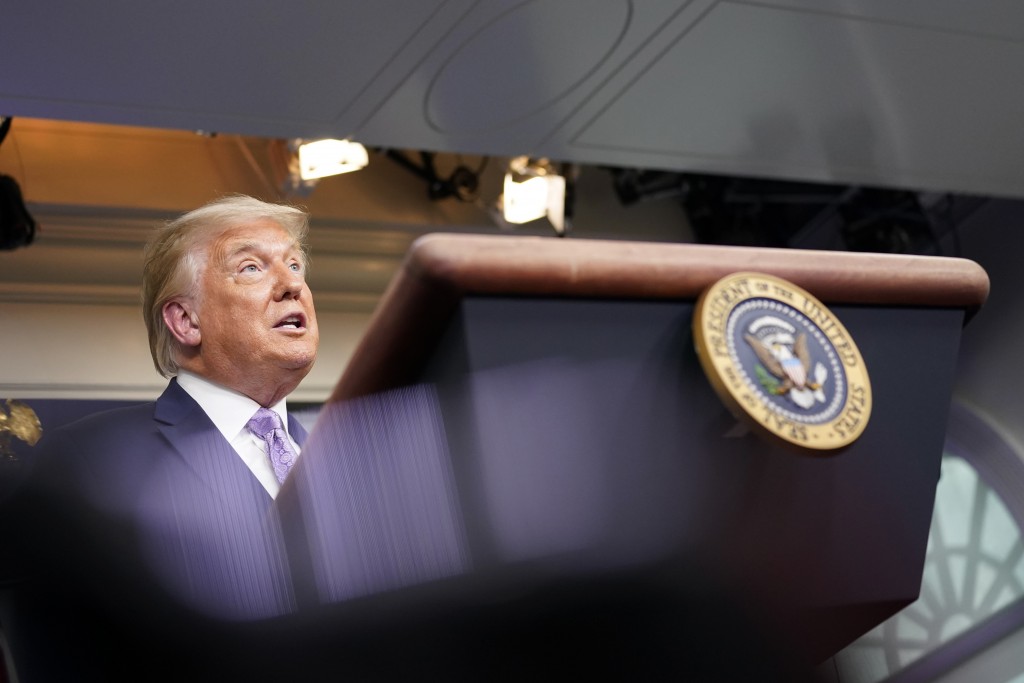 WASHINGTON (AP) — President Donald Trump is looking to counter next week's Democratic National Convention with travel to several swing states — including Wisconsin, which was to have hosted the Democratic gathering.

Trump campaign announced Friday that Trump will host events aimed at attacking his Democratic challenger, Joe Biden, on Monday in Wisconsin and Minnesota and on Tuesday in Arizona.

Democrats moved their campaign completely virtual due to the coronavirus pandemic. Republicans also cancelled nearly all of their convention, scheduled for the following week, because of the outbreak.