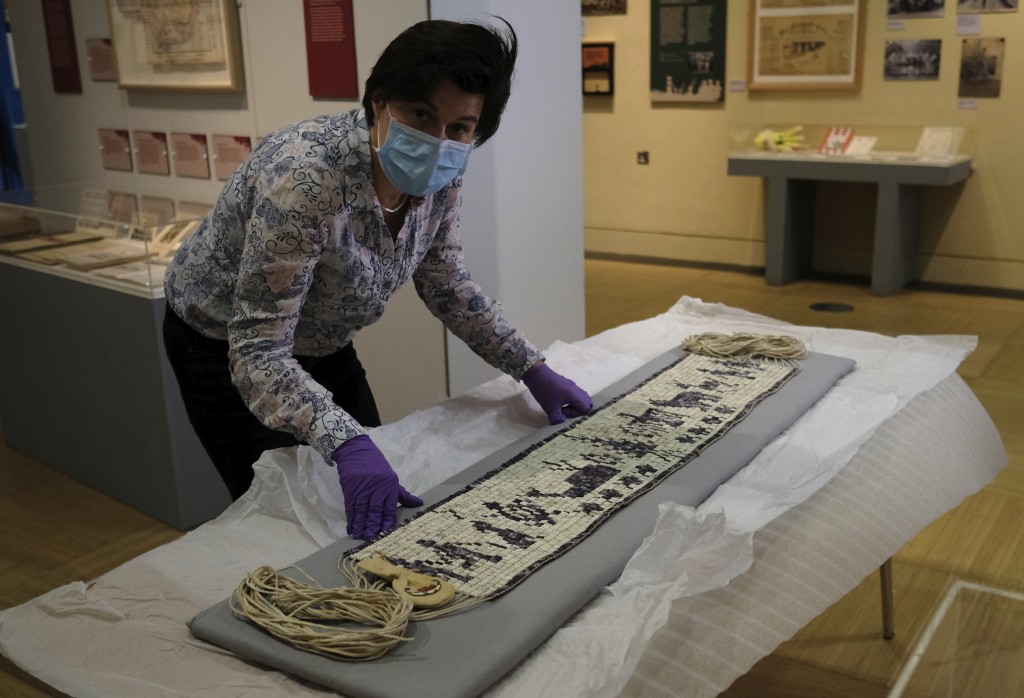 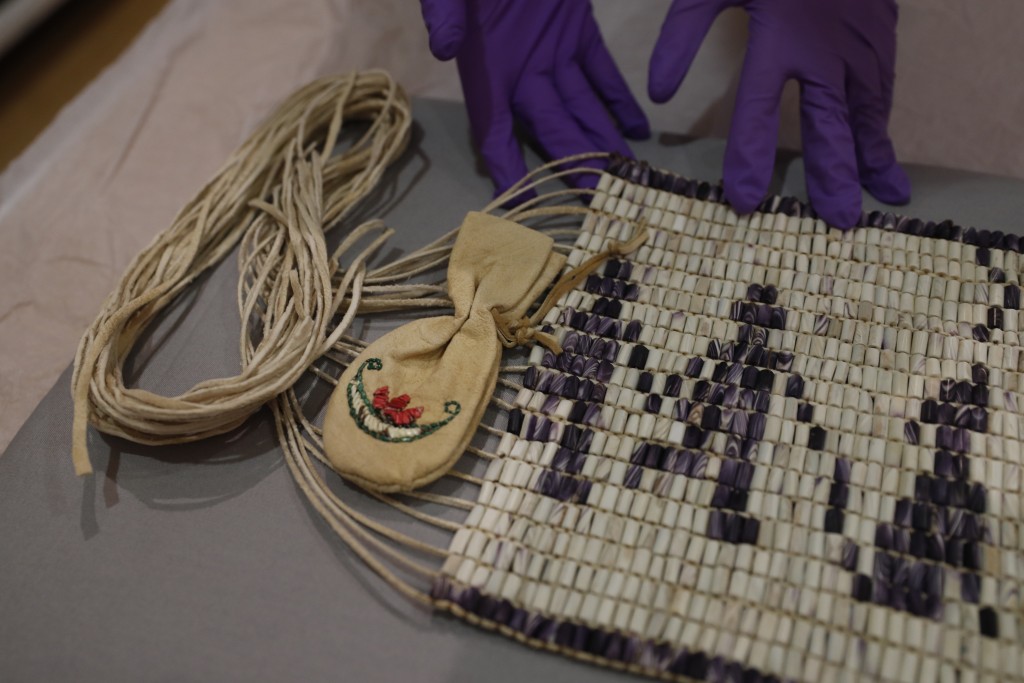 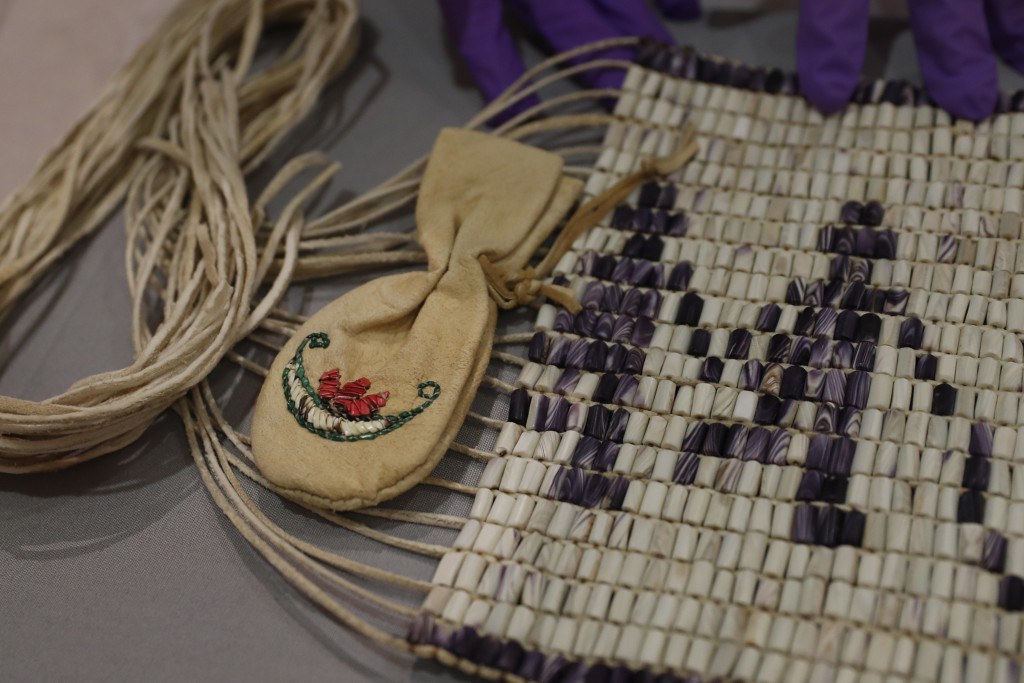 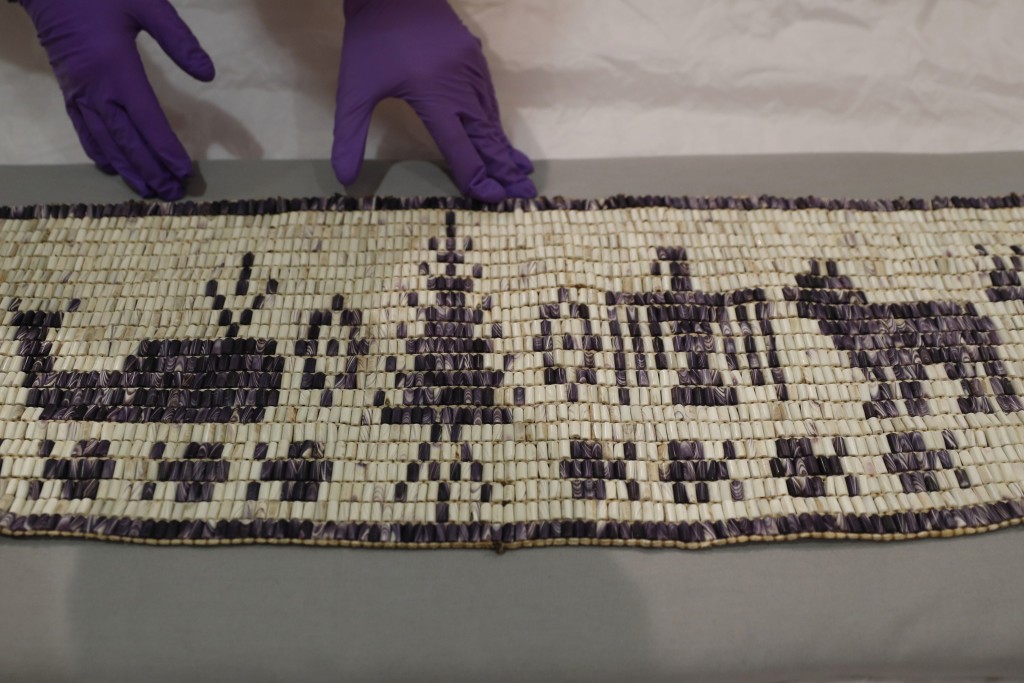 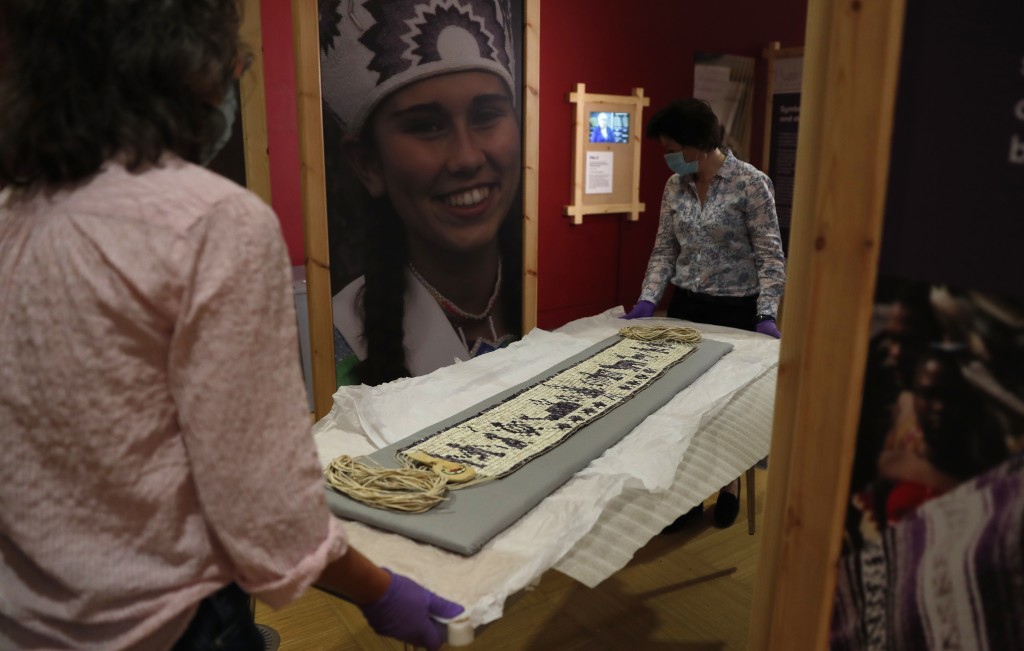 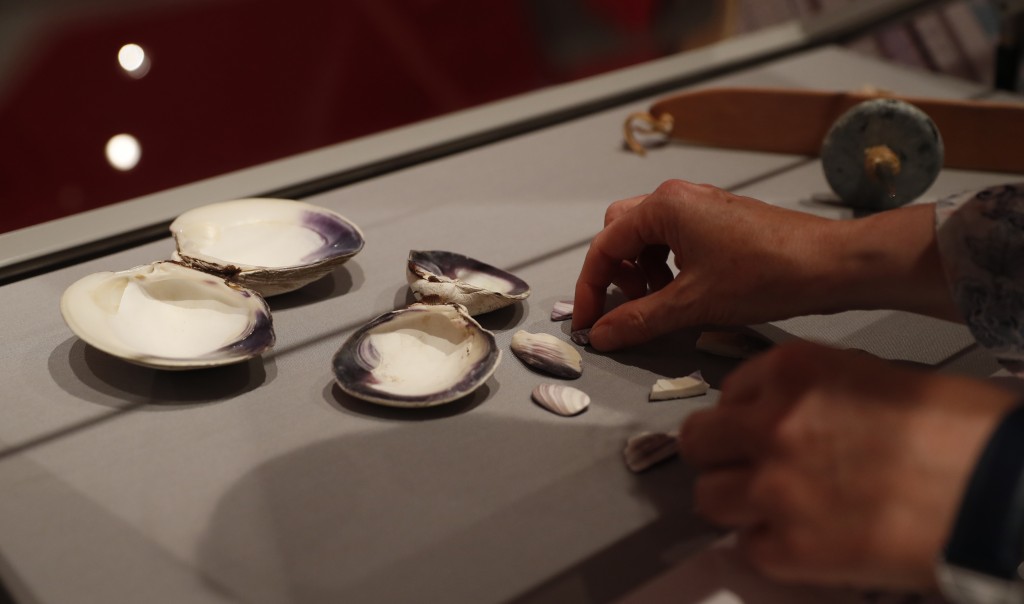 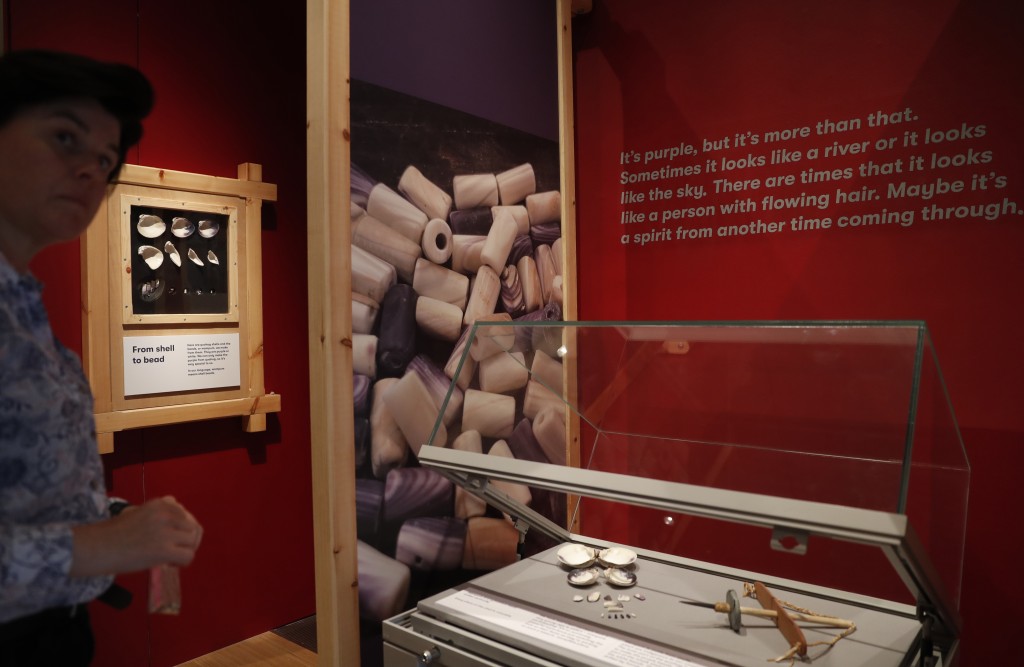 SOUTHAMPTON, England (AP) — Four hundred years after English colonists landed on Plymouth Rock and upended the lives of her ancestors, Paula Peters is on a quest to recover a small part of what her people have lost.

A year of trans-Atlantic commemorations marking the 400th anniversary of the Mayflower voyage opens in Southampton, England, on Saturday with an exhibition centered on one casualty of colonization: the wampum belt of Metacom, a 17th-century leader of the Wampanoag Native American nation.

Woven with imagery depicting tribal history and legends, the beaded belt was “as important to the Wampanoag as the crown jewels would be to the king of England,” said Peters, a Wampanoag writer and educator.

In 1620, the Wampanoag, who had lived for millennia in what is now New England, helped the exhausted Mayflower settlers survive their first winter. But within a few decades, tensions had erupted into a brutal 1670s conflict known as King Philip’s War. Metacom was killed, and his belt sent to England’s King Charles II as spoils of war.

“From all we can tell it did arrive in the U.K., but it never arrived in the hands of the king,” Peters said from her home in Mashpee, Massachusetts. “We have been searching for that belt for generations of our people,”

The hunt took Peters to the British Museum, which has one of the world’s largest collections of wampum belts. She didn’t find it there, but she had an idea: The Wampanoag would make a new belt, then send it to England for display. It would help share their story, and might bring new leads in the search.

Wampum belts — made with beads fashioned from the white and purple shells of whelks and quahog — play a central role in the culture of the Wampanaog and other Native peoples in eastern North America.

The new belt includes 5,000 tiny beads and was crafted by 100 community members over more than six months. Its design tells the Wampanoag story. It features animals with symbolic importance including wolf, turtle and eagle, people from different clans holding hands, and a white pine, whose roots gave birth to the Wampanoag in the tribe’s creation story.

Wampum: Stories from the Shells of Native America is opening in Southampton 400 years to the day after the Mayflower Pilgrims sailed from this southern England port city, bound — after an unscheduled stop in Plymouth, England — for a new life across the Atlantic.

Commemorations are taking place over the next year involving four nations: the U.S., Britain, the Netherlands, where the Puritan pilgrims lived in exile before their voyage, and the Wampanoag. The coronavirus pandemic has pushed many events into 2021, including a trans-Atlantic voyage by Mayflower 400, a crewless ship.

The prominent inclusion of Wampanoag voices is a far cry from the 350th Mayflower anniversary in 1970, when a Wampanoag leader, Frank James, had his invitation to speak revoked because he planned to lament the disease, racism and oppression that followed the Pilgrims.

Jo Loosemore, who co-curated the exhibition, said it was important to tell not just the story of those who arrived 400 years ago but also “the story of the people who were already there.”

“The exhibition is told in a Wampanoag voice throughout,” she said. “So it’s as though, hopefully, they are talking to us.”

By eerie historical echo, in the three years before the Mayflower arrived the Wampanoag suffered a pandemic known as the Great Dying, when a disease brought by Europeans killed an estimated 70% to 90% of the area’s Native population.

“When we first started talking about the Great Dying, and the impact of that pandemic on the Wampanoag people, perhaps we didn’t fully understand it,” Loosemore said. “Now we are in the midst of our own, we understand it a lot better, and we understand the horrifying impact of it on so many people.”

The new wampum belt is intended to be unfinished, so future generations can add new chapters to the story. The hunt for Metacom’s belt continues.

A search in U.K. museums and Queen Elizabeth II’s Royal Collection has come up empty-handed — but highlighted how many wampum belts have ended up in the U.K., either purchased or stolen at some point in the past. Some of the belts from the British Museum will join the exhibition at future stops in London and Plymouth over the next year.

Peters said viewing wampum belts in the British Museum on a research trip before the pandemic was an emotional experience. Some day she would like to see them back on home soil.

“The British Museum claims to be the custodians. But are they the best custodians for these materials? Absolutely not,” she said. “The wampum belts are really living parts of our heritage and our modern-day culture.”

The museum, which has largely resisted calls from around the world for the return of artifacts, said it “has a duty to make collections available" to the indigenous communities they came from.

“We do this by lending objects wherever possible, sharing the collection via our online database and accommodating visits from artists, experts, and cultural bearers,” the museum said in a statement.

Peters knows finding Metacom’s belt is a long shot, but hopes the exhibition might “spark some memories, someone who might know something" about where it has gone.

“It may seem like kind of a pipe dream,” she said. “But I felt like, wow, that would be something, if we could get that back. That would just be an incredible gift.”