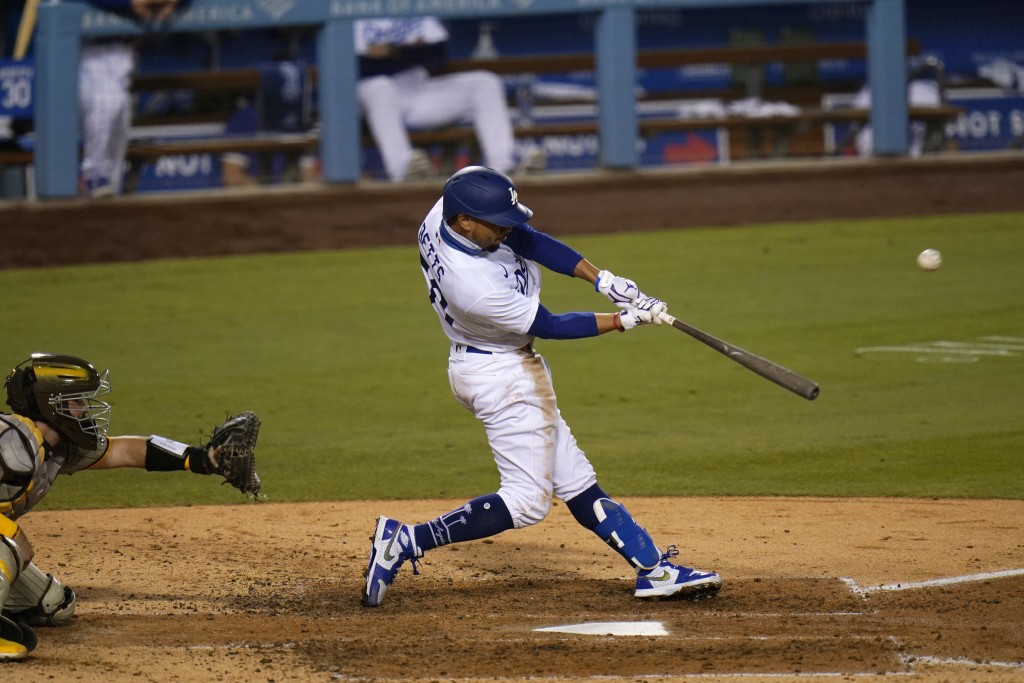 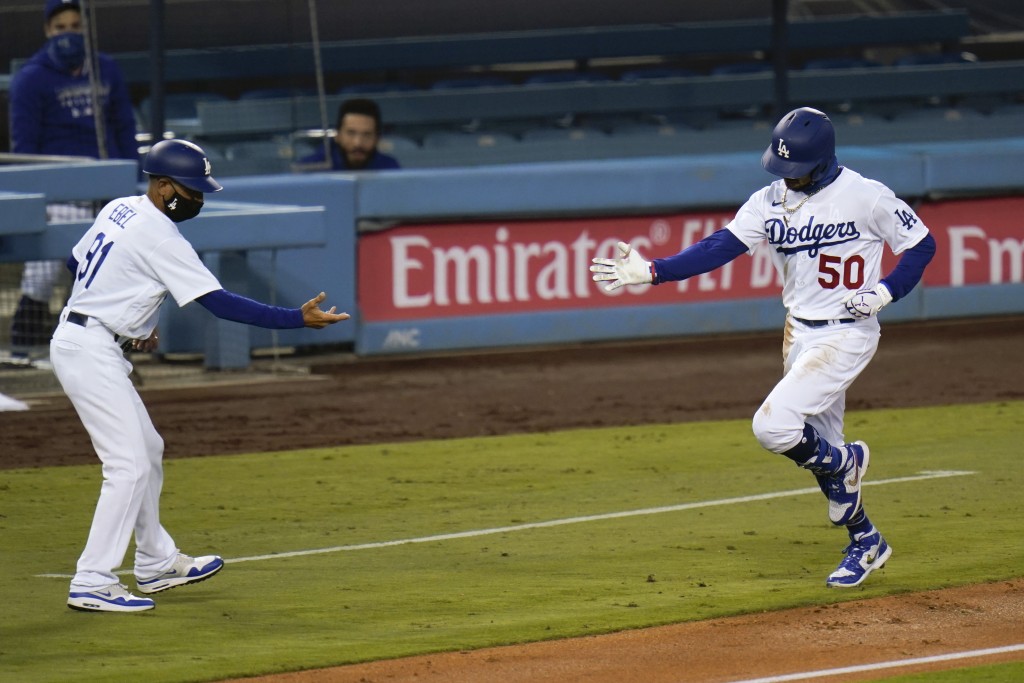 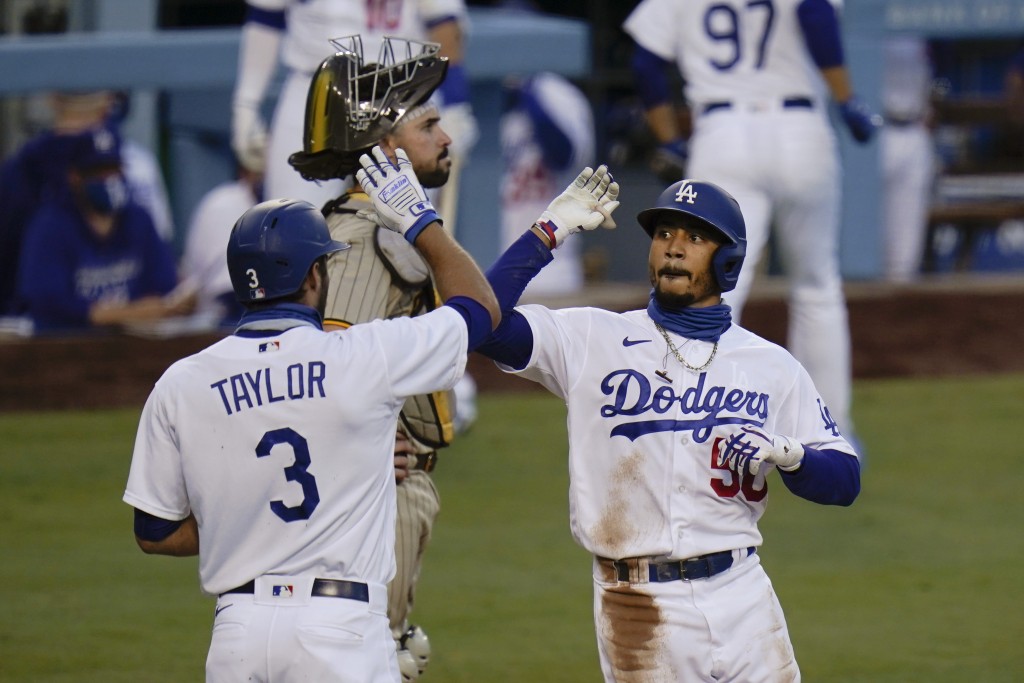 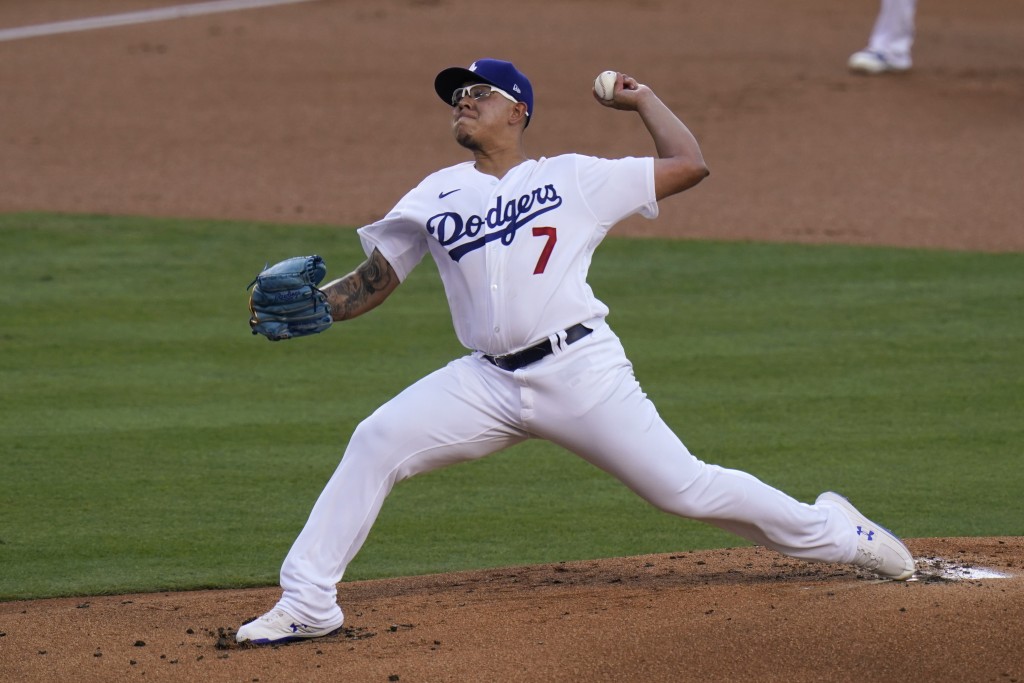 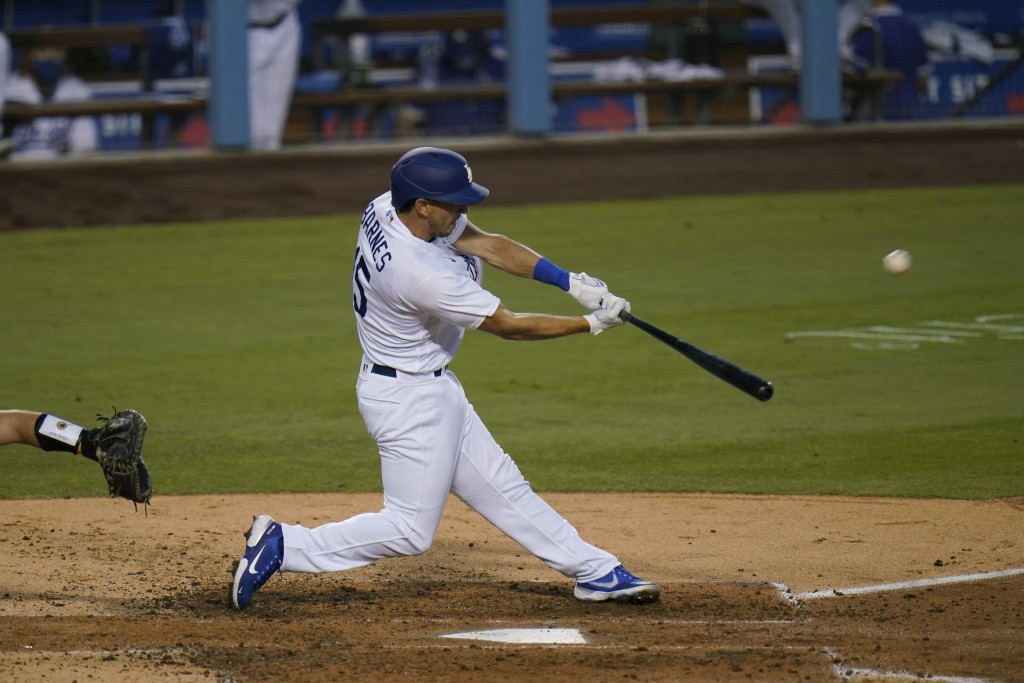 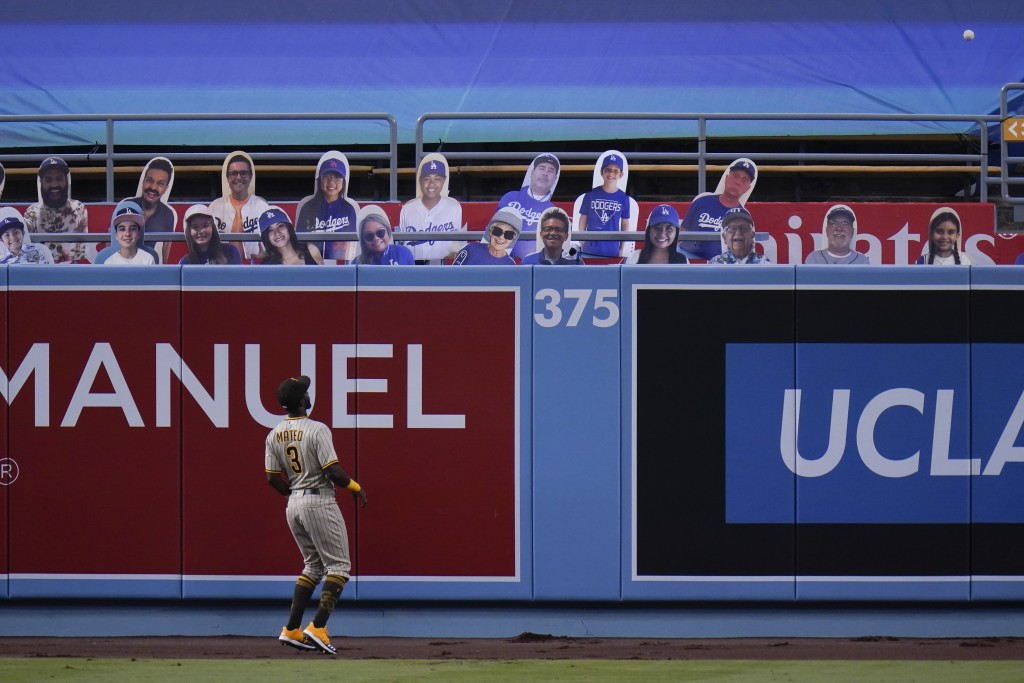 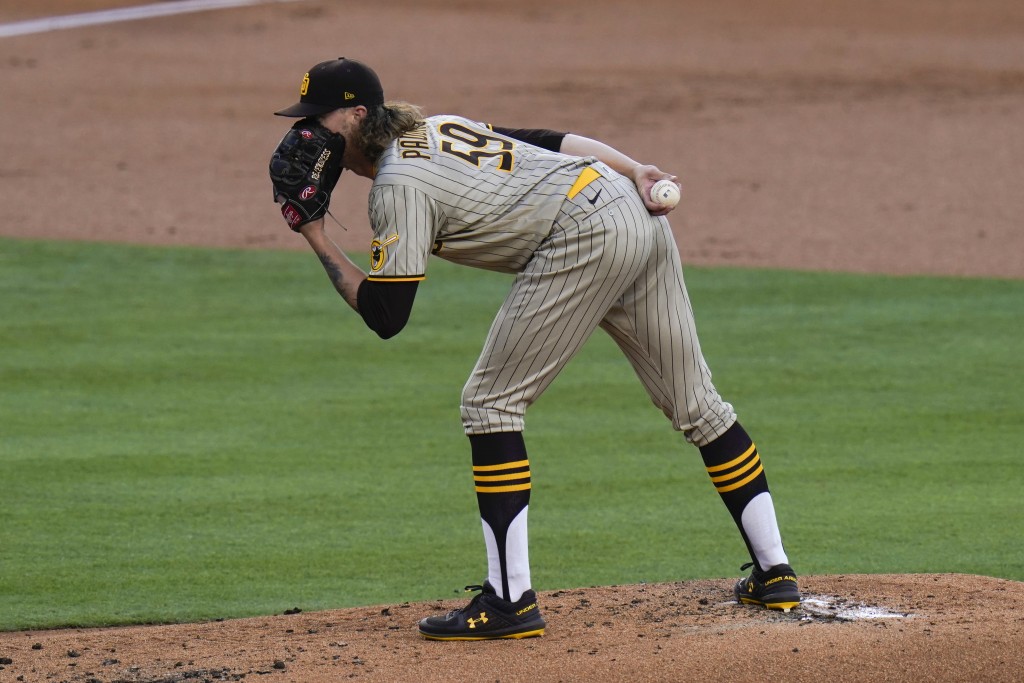 LOS ANGELES (AP) — Mookie Betts hit three home runs in a game for the sixth time in his career, matching a major league record, and the Los Angeles Dodgers launched six long balls in all Thursday night during an 11-2 rout of the San Diego Padres.

Betts tied a mark shared by Sammy Sosa and Hall of Famer Johnny Mize. The star outfielder went 4 for 4 with five RBIs and was hit by a pitch in the leadoff spot, where manager Dave Roberts has been reluctant to lock him in.

Betts has mostly batted second in this pandemic-shortened season. The 2018 AL MVP said when he was acquired from Boston in a blockbuster trade last offseason that he thought he’d be hitting leadoff with his new team.

With a chance to tie the big league mark of four home runs in one game, Betts reached on an infield single in the seventh.

The National League's top two home run-hitting teams split the four-game series, with the Dodgers outscoring the Padres 17-2 over the last two.

Julio Urías (2-0) gave up consecutive two-out solo homers to Tommy Pham and Eric Hosmer in the first after the Padres failed to homer for the first time in nine games during a 6-0 loss on Wednesday night.

The Dodgers answered right back in the bottom of the inning to tie it 2-all. Betts was hit by a pitch and scored on Corey Seager's two-run shot to right on an 0-2 pitch from Chris Paddack (2-2). Seager returned after missing five games because of lower back discomfort. AJ Pollock added a go-ahead solo homer with two outs.

Los Angeles scored in each of the first five innings. Betts connected on a two-run shot to left field with two outs in the second for a 5-2 lead.

Pollock's RBI double made it 6-2 in the third.

Austin Barnes and Betts went deep back-to-back in the fourth, extending the Dodgers' lead to 9-2. Barnes' two-run shot landed in the left-field pavilion and Betts followed with a solo shot to the same area.

Betts wasn't finished. He smashed a two-run homer in the fifth for an 11-2 lead.

The Dodgers' offensive outburst didn't include reigning NL MVP Cody Bellinger, who went 0 for 3 with a strikeout and a walk.

Urías allowed two runs and five hits in 6 1/3 innings. He struck out three and walked none.

Paddack gave up six runs and six hits in three innings. He struck out one and walked one.

Padres: INF-OF Jorge Mateo was activated from the 60-day injured list and made his major league debut starting in left field. He was acquired from Oakland on June 30.

Dodgers: LHP Alex Wood (shoulder inflammation) threw a simulated game. He'll toss a bullpen Saturday and follow up with three innings Tuesday as he builds himself back up. “I should be ready to contribute here soon,” he said. ... C Will Smith was out after leaving the game a night earlier because of neck pain. He's unlikely to go on the IL, although Barnes started Thursday and will do so again Friday in Anaheim.

Padres: RHP Dinelson Lamet (2-0, 1.61 ERA) starts Friday's opener at Arizona. He struck out eight in five innings against the Diamondbacks two weeks ago.