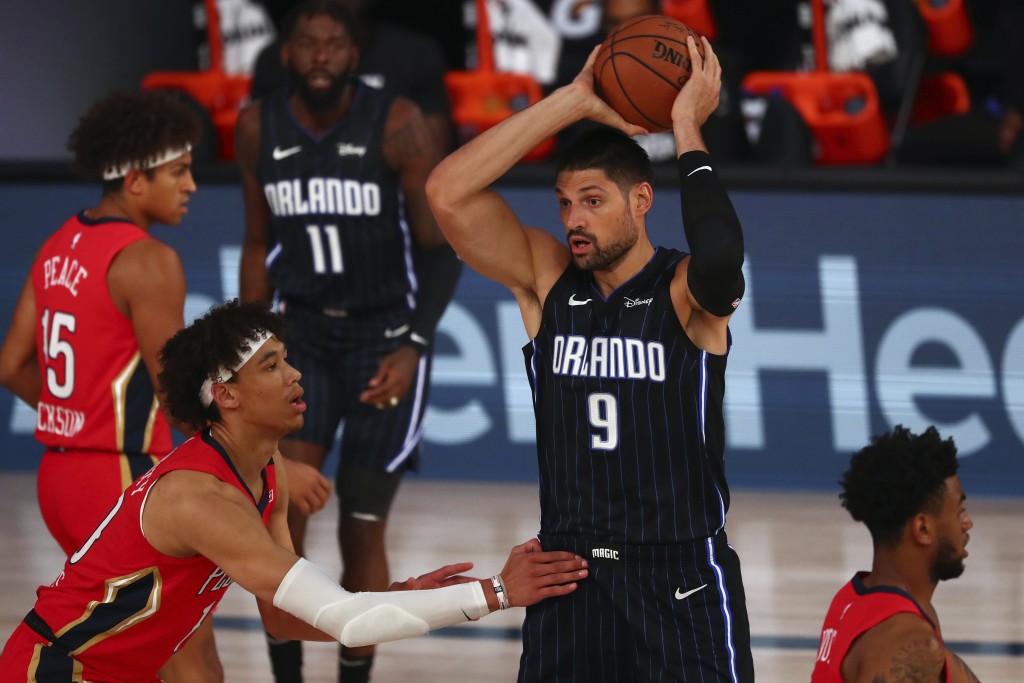 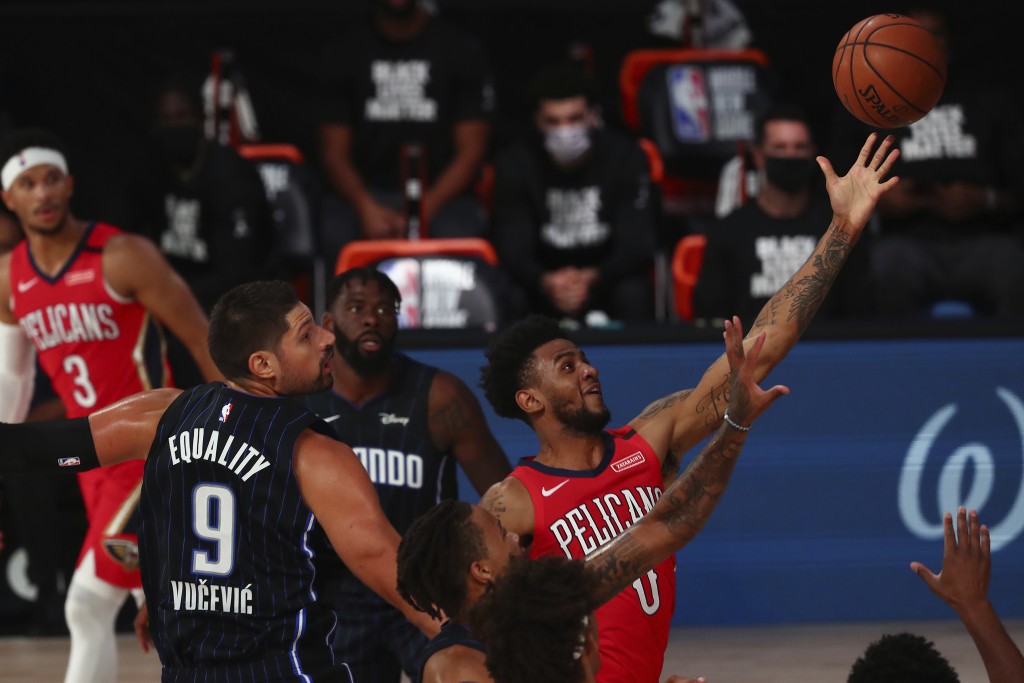 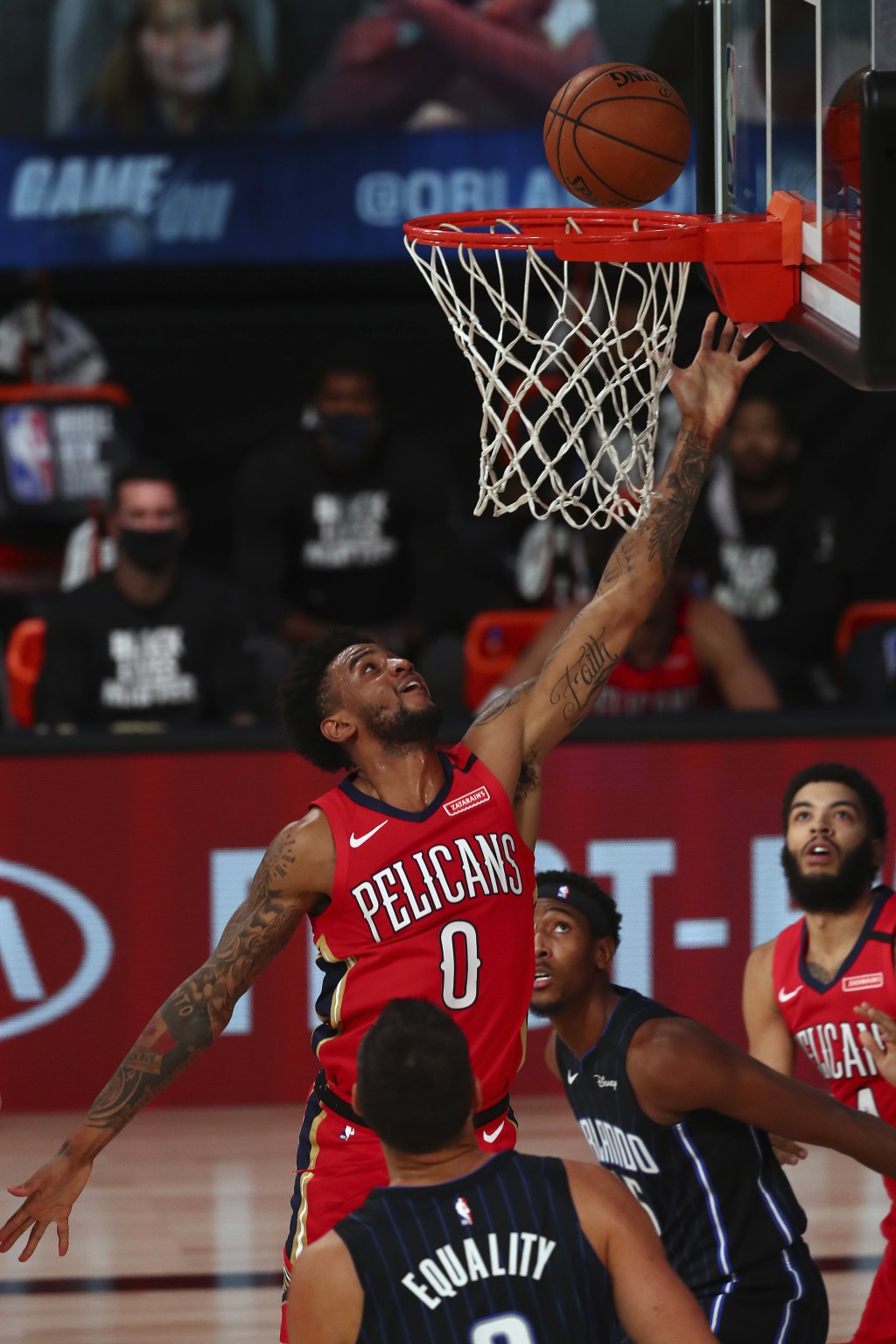 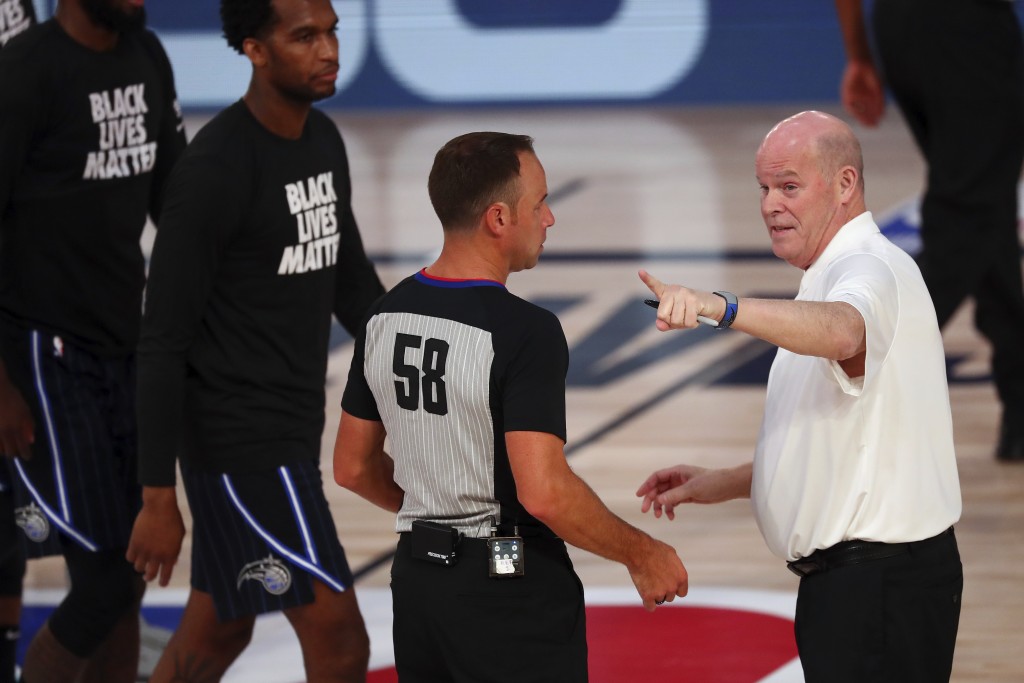 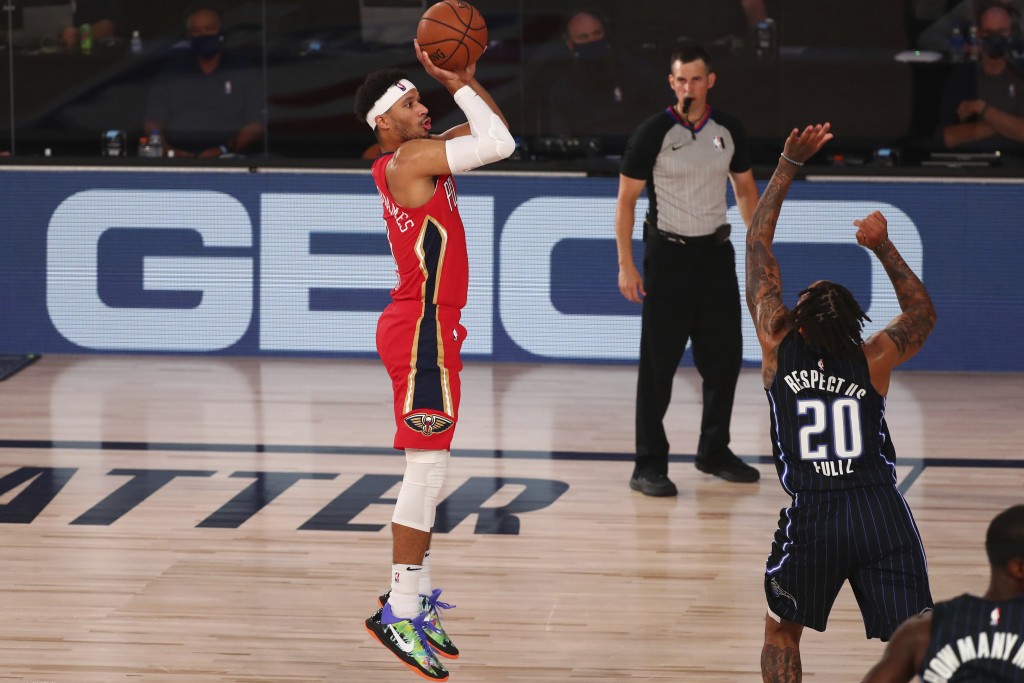 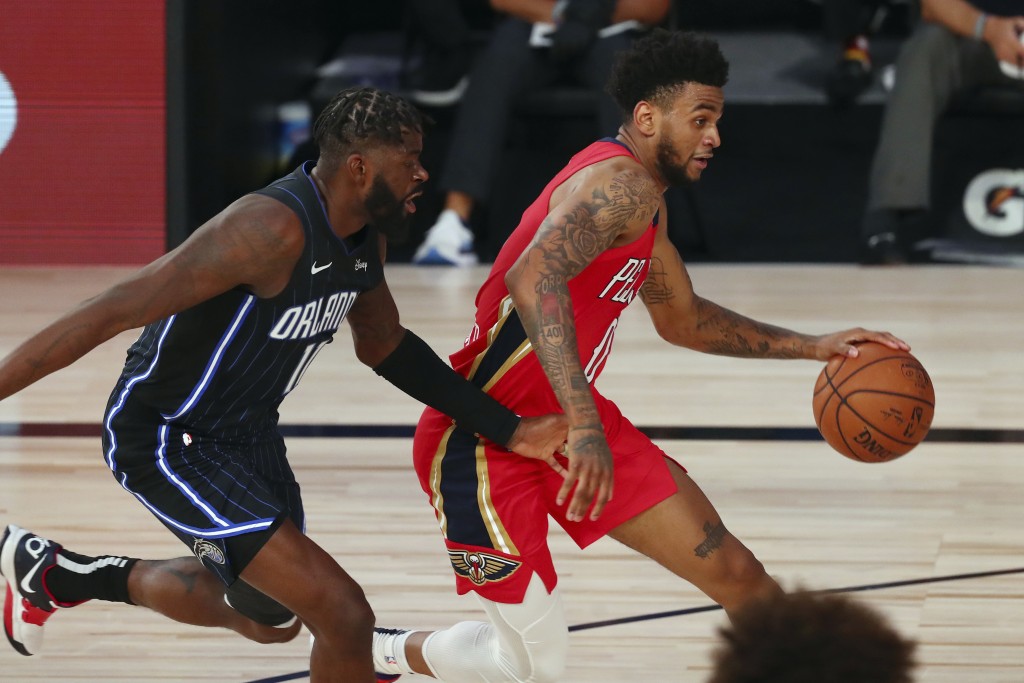 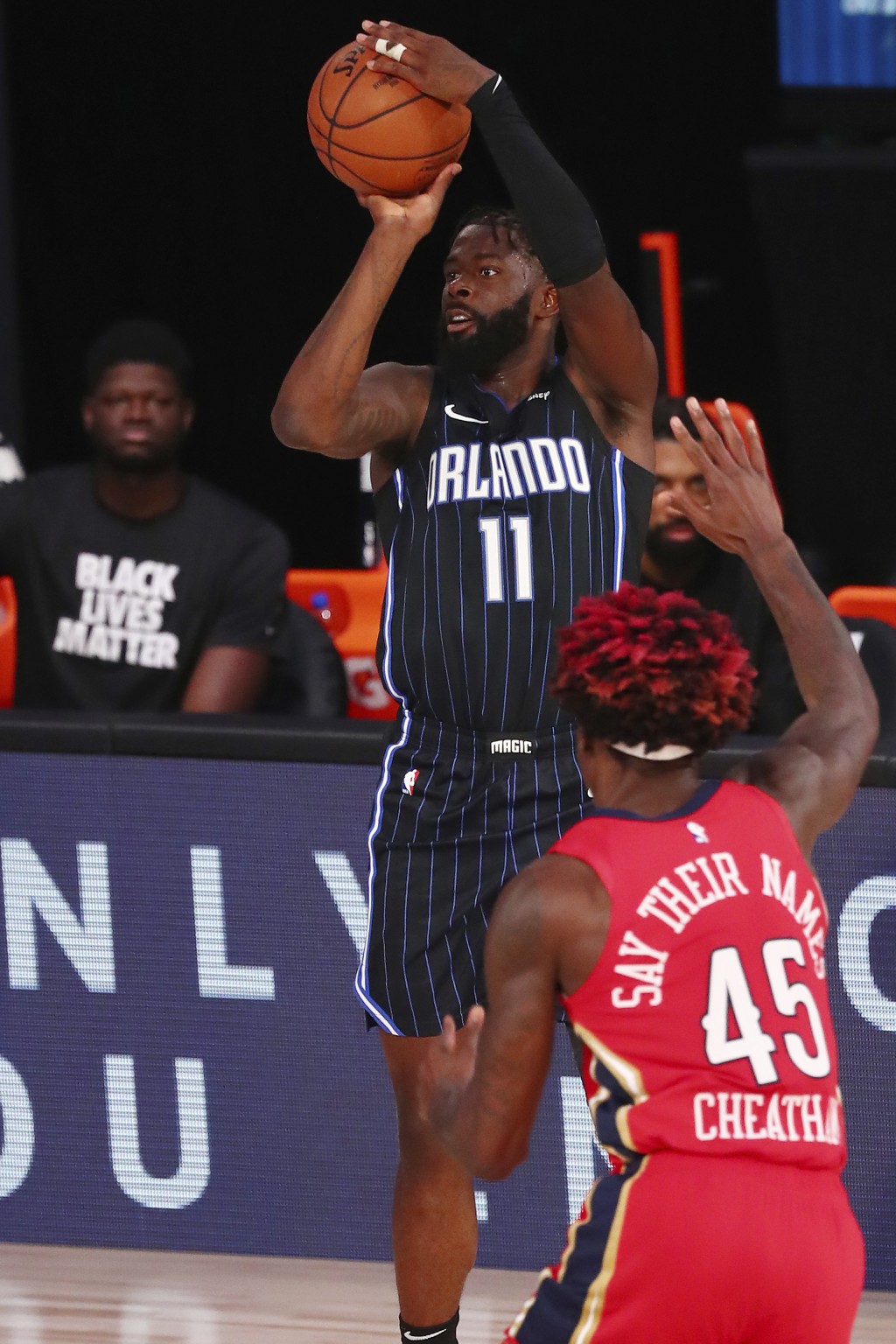 LAKE BUENA VISTA, Fla. (AP) — Nikola Vucevic scored 23 points on 10-of-11 shooting from the floor and the Orlando Magic tuned up for the postseason by beating the New Orleans Pelicans 133-127 on Thursday to snap a five-game skid.

Both teams were missing many of their top players in a regular-season finale that carried no playoff implications.

Orlando was locked into the eighth seed in the Eastern Conference and will face the top-seeded Milwaukee Bucks in a first-round series beginning Tuesday. New Orleans already was out of playoff contention, so its season ended Thursday.

The Magic built a 22-point lead in the third quarter and hung on to beat a pesky New Orleans team that got some surprising individual performances.

D.J. Augustin scored 22 points for Orlando. James Ennis III had 16, Wes Iwundu had 15 and Markelle Fultz had 11. Melvin Frazier Jr. and Vic Law each scored 10 points, career highs for both.

Jackson made a driving layup to cut Orlando's lead to 129-124 with 24.4 seconds left, but Orlando went 4 of 6 on free-throw attempts the rest of the way to seal the win.

Orlando scored 43 points in the second period - a franchise record for second-quarter points - to build a 77-61 halftime lead. Orlando matched its fourth-highest first-half point total in team history, four off the record of 81 that the Magic set in a 149-113 victory over Atlanta on April 5, 2019.

The Magic racked up those points by shooting 76.5% (13 of 18) from 3-point range over the first two periods and tying the franchise record for 3-pointers made in a half. New Orleans trailed by 16 at the intermission despite shooting 64.9% (24 of 38) from the floor in the first half.

Orlando led 93-71 midway through the third quarter before New Orleans crept back into the game. The Pelicans went on a 10-0 run that began late in the third quarter and carried into the final period to cut Orlando’s lead to 99-88.

New Orleans stayed close for most of the fourth quarter but couldn't come all the way back.

Pelicans: Alexander-Walker, a rookie from Virginia Tech, made his first career start. Jackson made his second start of the season.

Magic: Orlando coach Steve Clifford was encouraged to learn the Magic’s series with Milwaukee will start on Tuesday rather than Monday because it gives his injury-riddled team more time to recover. “We have four guys who will be coming back and it gives us an extra day, which will be good for them, and an extra day to prepare,” Clifford said before Thursday’s game. “The big thing is those four guys can get healthier and can get back on the floor, hopefully.”

New Orleans leaves the bubble and begins its offseason.

Orlando opens its first-round series with Milwaukee on Tuesday. The Bucks beat the Magic in all four of their regular-season matchups.