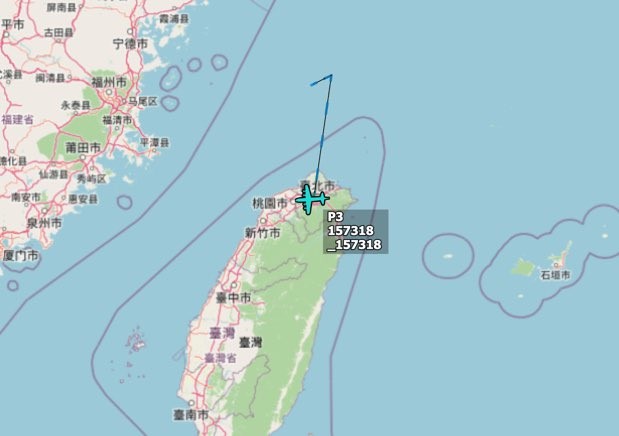 TAIPEI (Taiwan News) — Multiple aircraft spotters detected an American reconnaissance aircraft apparently flying over northern Taiwan, including Taipei, Friday (Aug. 14) as China claims to be carrying out military exercises in and around the Taiwan Strait.

At 9:04 a.m. on Friday morning, aircraft spotter Golf9 on Twitter reported a US Navy Lockheed EP-3E ARIES II electronic warfare and reconnaissance aircraft appearing to fly over northern Taiwan. Golf9 pointed out that it is extremely rare for a U.S. military aircraft to fly directly over Taiwan, and he speculated that it could be "Avoiding from PLAAF interceptor?"

According to ADS-B, An USN EP-3E Just entered #Taiwan airspace. It might be an intentional operation, or a signal error, when the military aircraft of the US, Chinese Mainland and Taiwan encountered nearby leading some chaos. pic.twitter.com/4f62Vi4qWp

Less than an hour later at 10:02 a.m., Beijing-based think tank the Peking University Institute of Ocean Research's SCS Probing Initiative also reported on Twitter that the EP-3E had entered Taiwan's airspace. The think tank speculated that it could either be "an intentional operation, or a signal error" when the tracking sites picked up U.S., Chinese, or Taiwanese military aircraft, resulting in "some chaos."

A search of the plane's registration number 157318 on ADS-B Exchange shows the aircraft appearing to the north of Taiwan and heading northeast before making a sharp turn to the southwest and flying over northern Taiwan. Its last recorded position is directly over the city of Taipei at an altitude of 17,825 feet. A search of 157318 on AirNav RadarBox also shows the spy plane taking the same path, with its last position just over the southern edge of Taipei City. The flight by the U.S. reconnaissance aircraft comes after the Chinese People's Liberation Army (PLA) on Thursday (Aug. 13) announced it was carrying out military exercises in the Taiwan Strait and surrounding waters to "fight against provocations and protect national sovereignty and territorial integrity." The PLA announcement appeared to be in response to the recent tour of Taiwan by U.S. Health Secretary Alex Azar, the highest-level visit by an American official since 1979.

Senior Colonel Zhang Chunhui (張春暉), a spokesperson for the PLA Eastern Theater Command, described the exercises as "a necessary move responding to the current security situation in the Taiwan Strait" and said they were "meant to safeguard national sovereignty." Beijing's state-run mouthpiece the China Daily then emphasized that Zhang had failed to use the term "routine exercise" in this instance, indicating that it was a tailored response by Beijing to Azar's visit.

Also on Thursday, SCS Probing Initiative reported a USAF Boeing RC-135 reconnaissance aircraft arriving at Kadena Air Force Base from Offutt Air Force Base in Nebraska, and it alleged the plane could have been dispatched to monitor "forthcoming PLA exercises." It also claimed to have spotted a U.S. Navy P-8A Poseidon surveillance aircraft flying just south of Taiwan in the Bashi Channel.

Taiwan's Ministry of National Defense has thus far declined to comment on the incident. 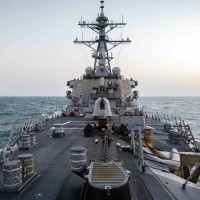 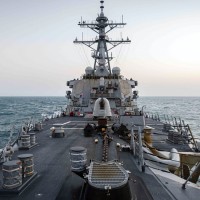