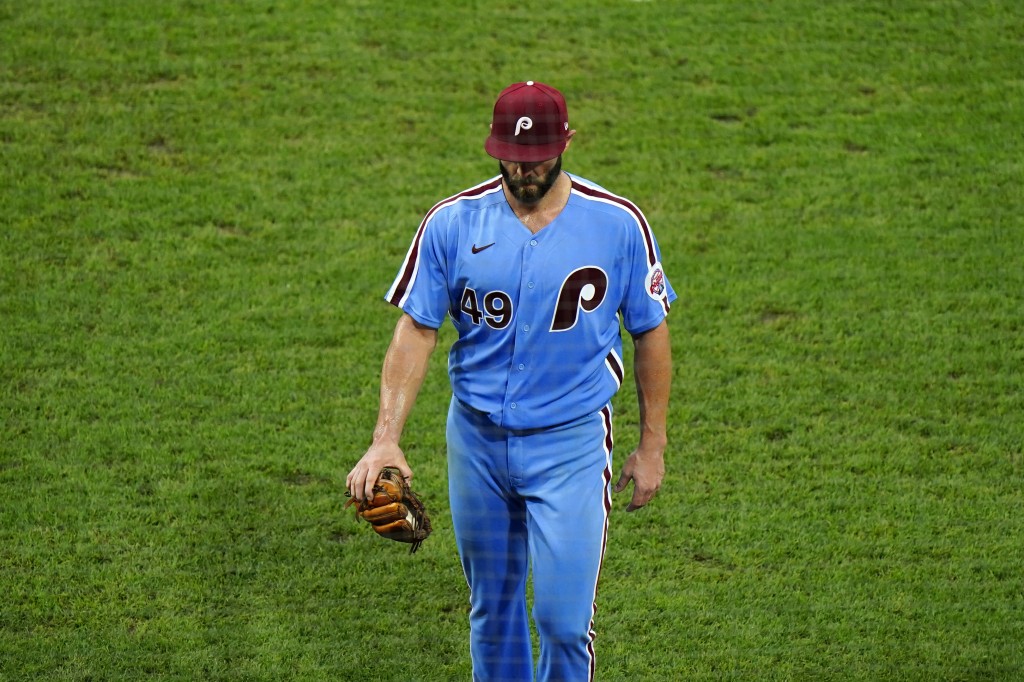 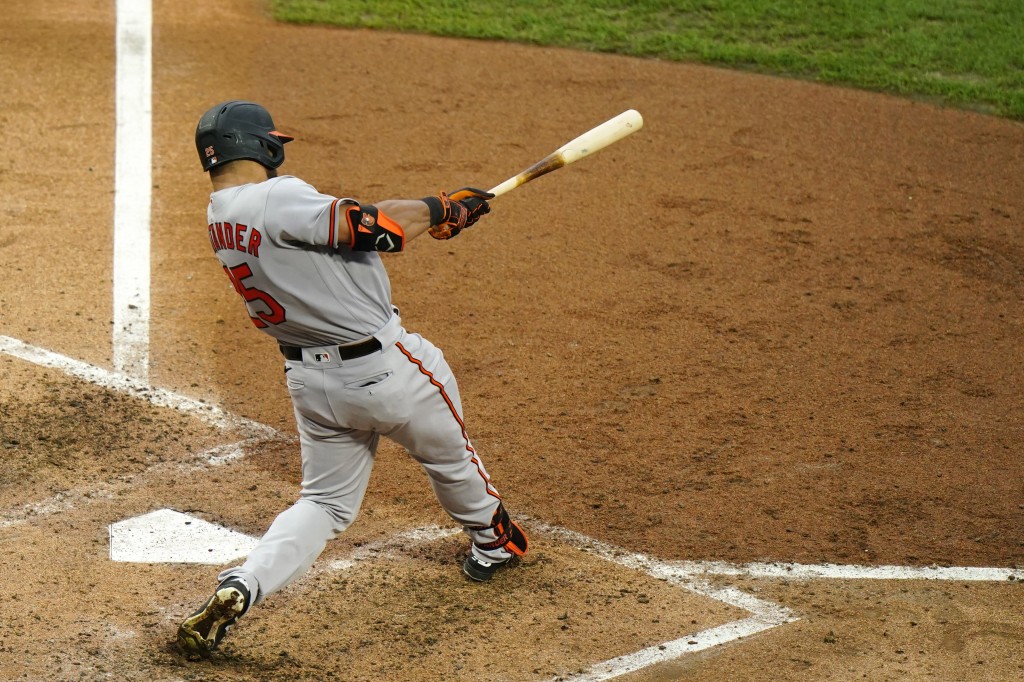 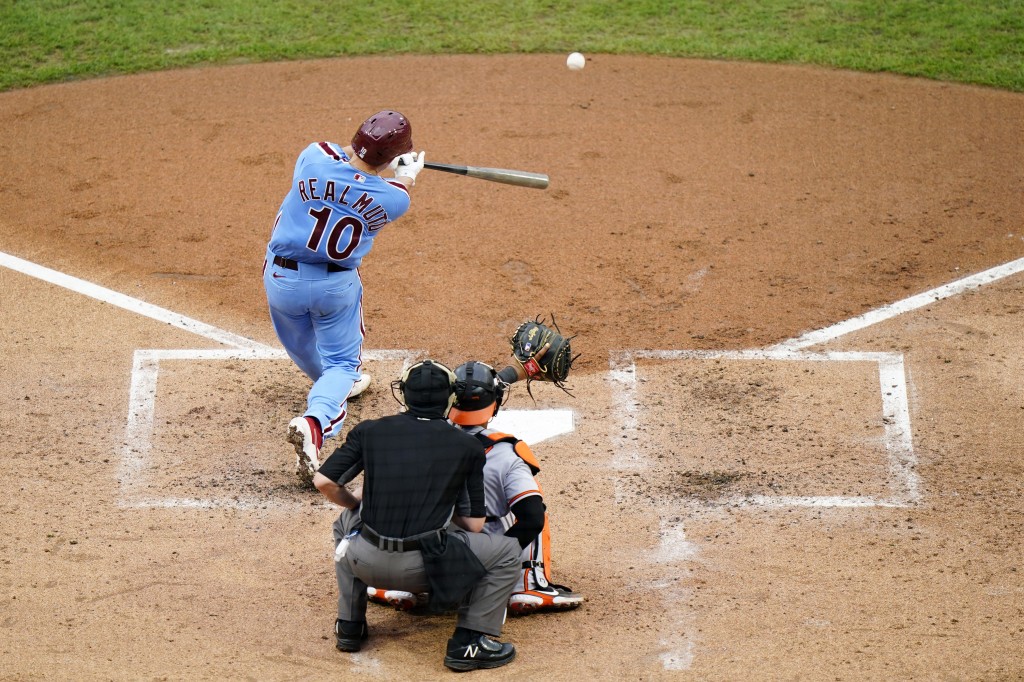 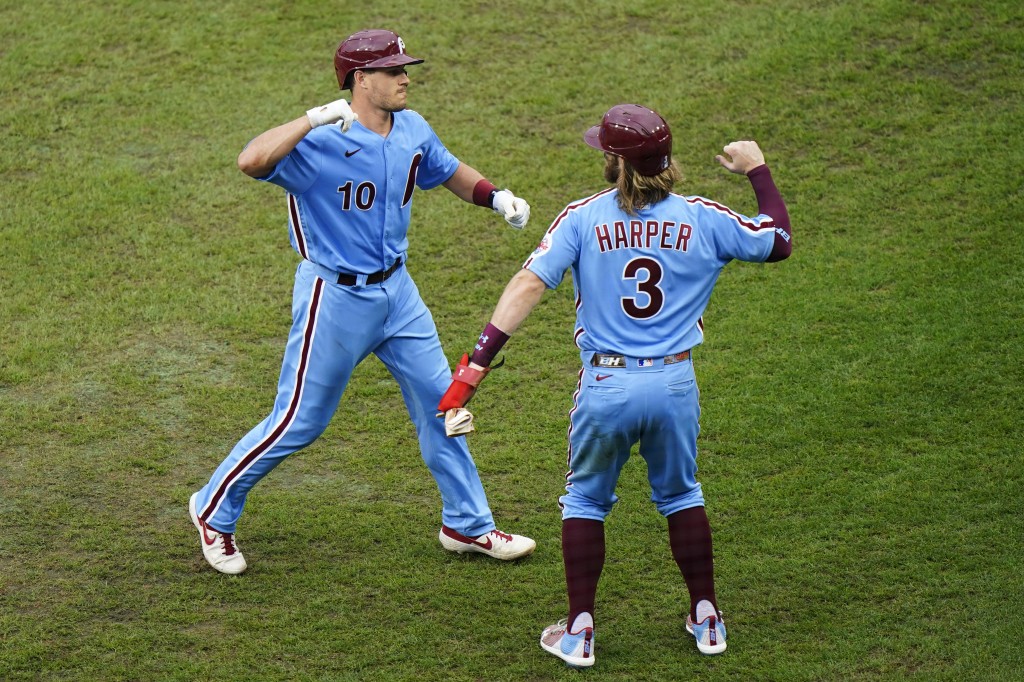 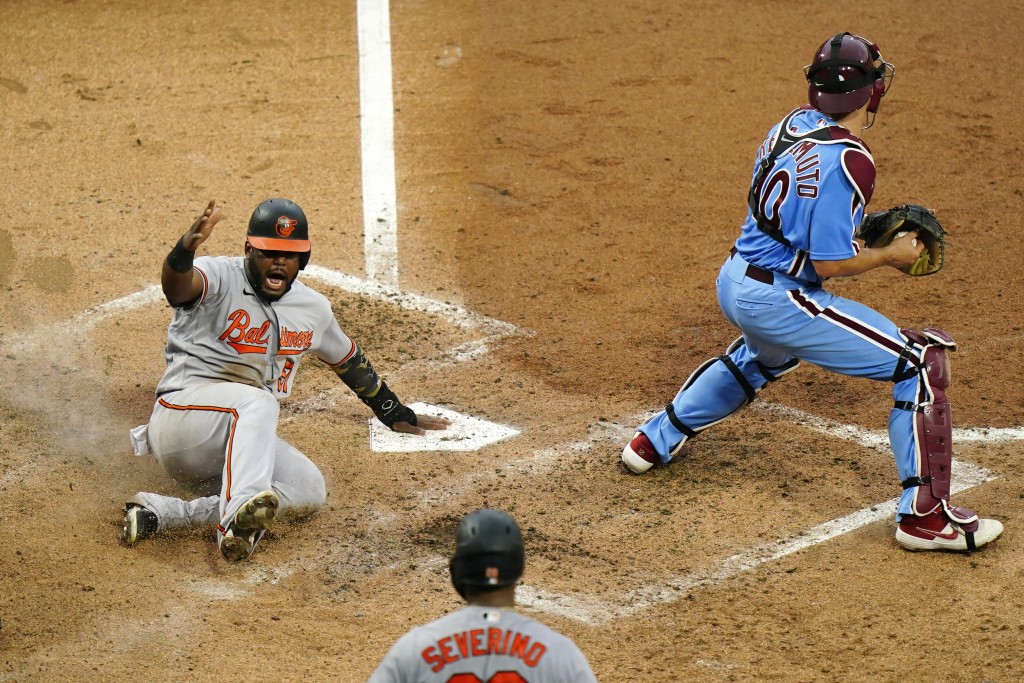 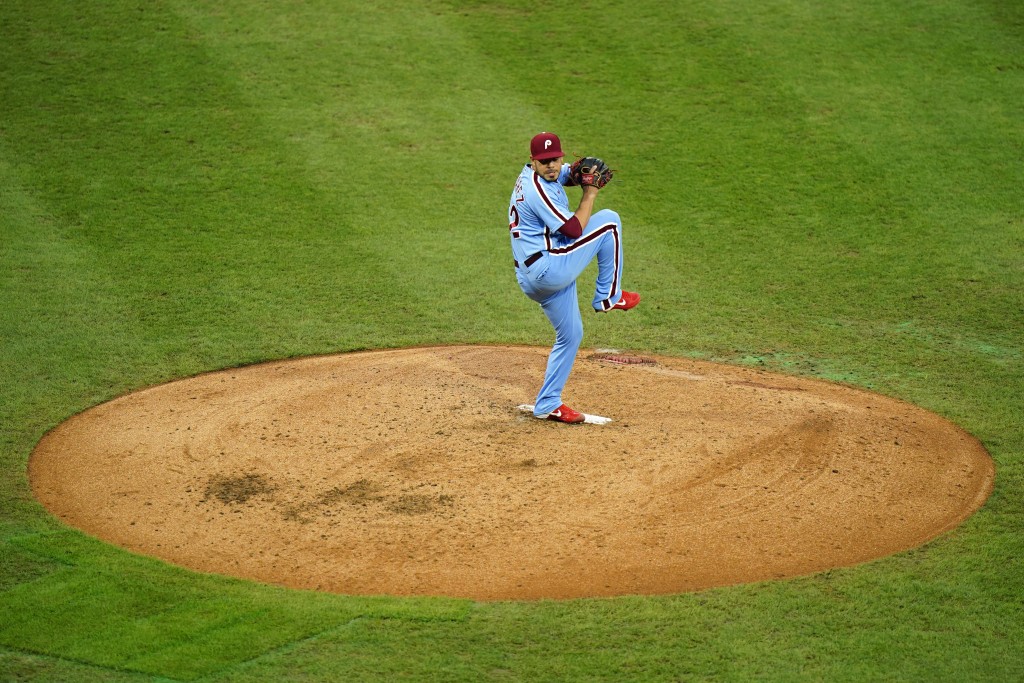 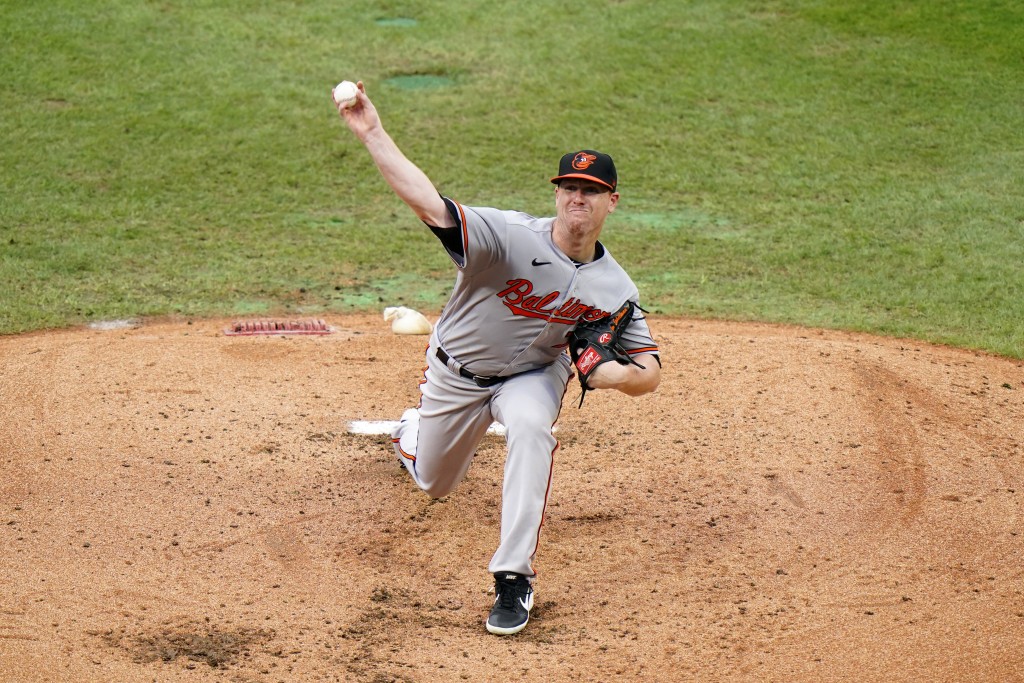 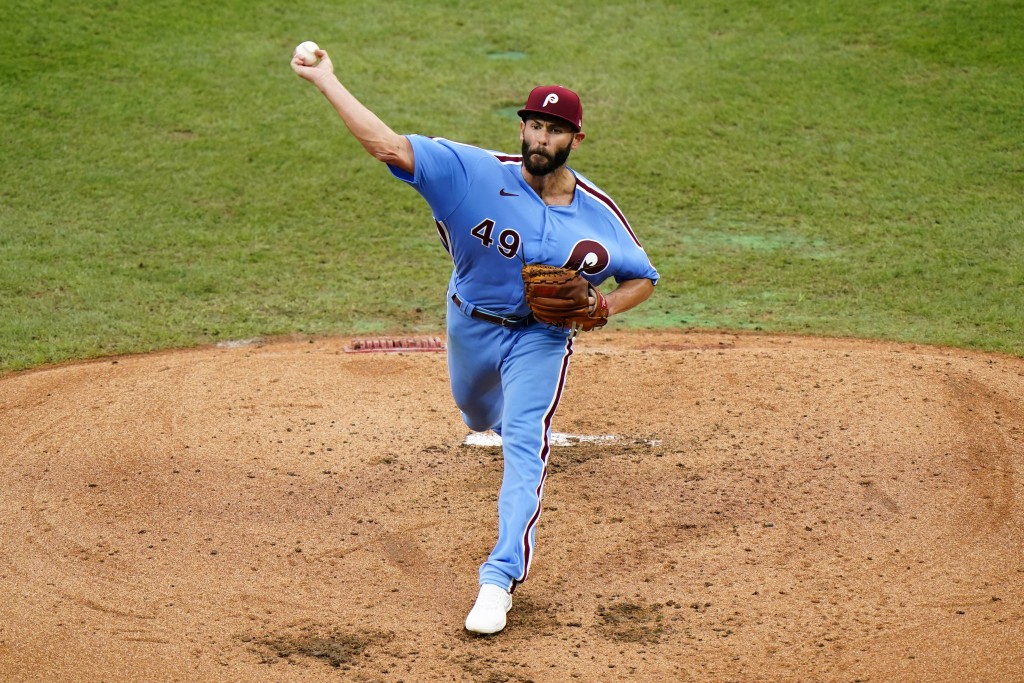 Eshelman (1-0) allowed two runs and four hits in five innings to earn his second career win. The right-hander was Philadelphia’s minor league pitcher of the year in 2017 but was traded to Baltimore last year for international slot money.

J.T. Realmuto hit a pair of two-run homers for the Phillies, who fell to 5-9 under first-year manager Joe Girardi. Realmuto has seven homers and 17 RBIs.

Arrieta cruised into the fifth before things unraveled. The Orioles loaded the bases on three singles. Pat Valaika grounded into a fielder’s choice as second baseman Jean Segura made a diving stop to prevent a hit and record the second out. Then Anthony Santander lined a three-run double to right to give the Orioles a 4-2 lead.

Jose Iglesias drove a two-run double to left-center to make it 6-2 in the seventh.

Severino hit Connor Brogdon’s first major league pitch into the seats in left for a 9-2 lead in the eighth. Ruiz connected off Brogdon in the ninth.

The start of the game was delayed 99 minutes because of rain.

Realmuto followed Bryce Harper’s double with an opposite-field shot to right-center in the fourth, giving the Phillies a 2-0 lead. The “Sign J.T.” chants from the group of fans who gather outside the ballpark grow louder each game. Realmuto can become a free agent after the season.

Realmuto followed Harper’s triple with his seventh homer in the eighth.

Infielder Neil Walker got the final two outs for the Phillies and instantly became Philadelphia's most successful reliever. The bullpen has a 10.12 ERA.

WELCOME TO THE BIGS

Third baseman Alec Bohm, the top hitting prospect for the Phillies, made his major league debut. He was greeted by air horns, vuvuzelas and cheers from the Phandemic Krew watching from the sidewalk on 10th street and Phillies Way. Bohm promptly ripped a double down the line his first time up.

The Phillies will retire Dick Allen’s No. 15 on Sept. 3. Allen spent nine of his 15 major league seasons with the Phillies and was National League Rookie of the Year in 1964. He batted .290 with 204 home runs, 655 RBIs and had a .371 on-base percentage and .530 slugging percentage for Philadelphia. Allen will join Hall of Famers Richie Ashburn (1), Jim Bunning (14), Mike Schmidt (20), Steve Carlton (32), Roy Halladay (34) and Robin Roberts (36) as the only Phillies in team history to have their numbers retired.

Orioles: Iglesias, who is bothered by a sore left quad, played DH instead of shortstop.

Phillies: OF Adam Haseley was placed on the 10-day injury list with a left wrist sprain.

Orioles: Will complete a game suspended in the sixth inning Sunday because of a tarp malfunction in Washington, and then host the Nationals in the opener of a three-game series Friday. Lefty Tommy Milone (1-1, 3.21 ERA) opens the second game. He blanked Washington over six innings last week.