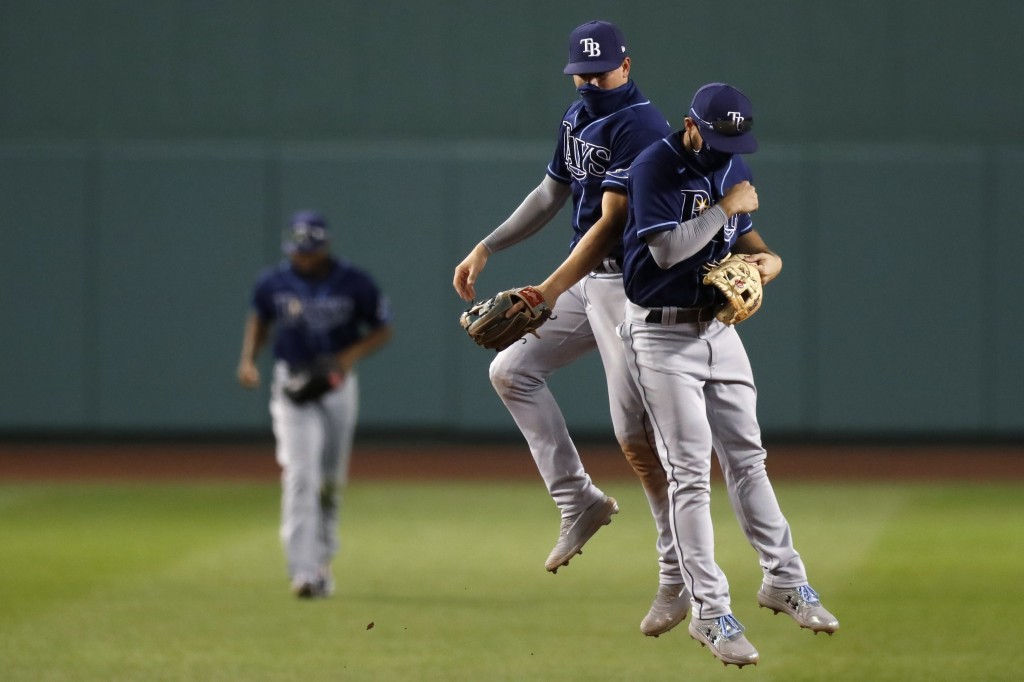 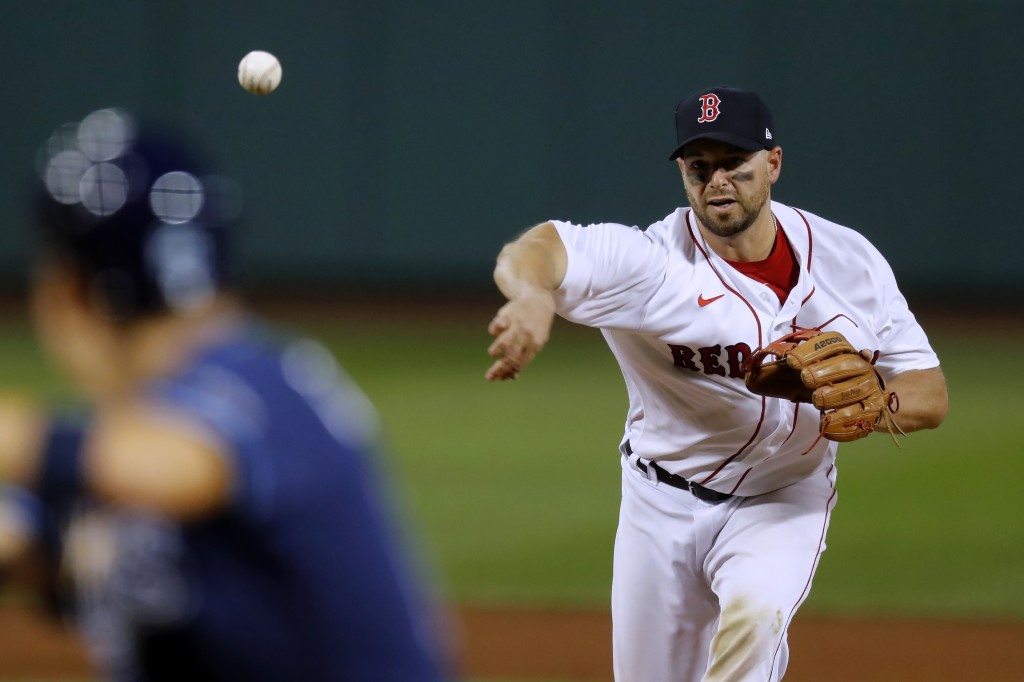 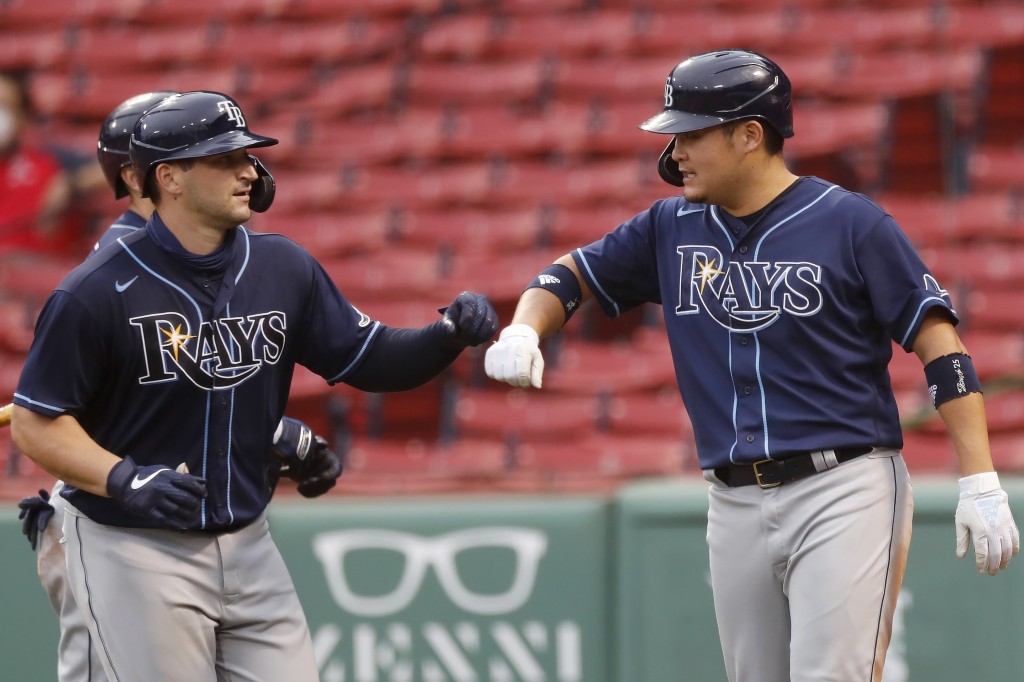 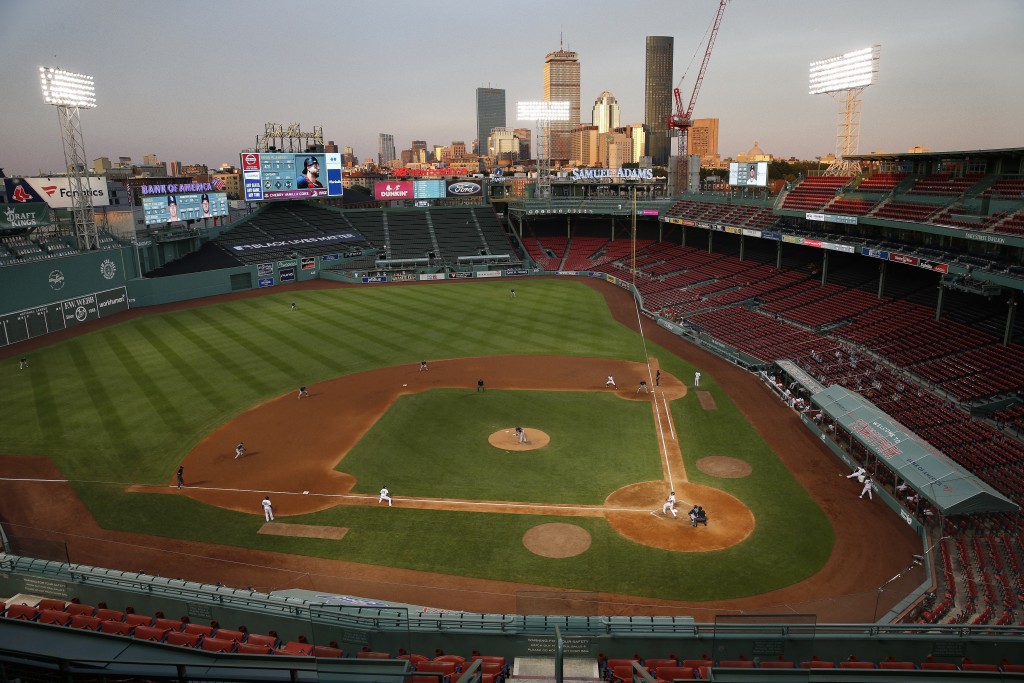 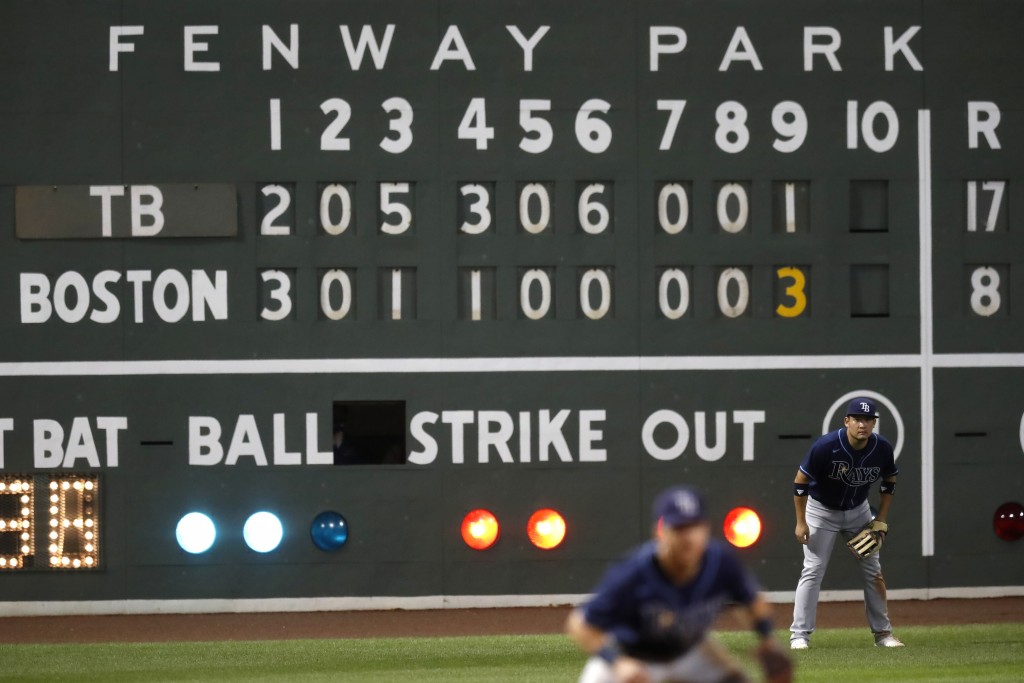 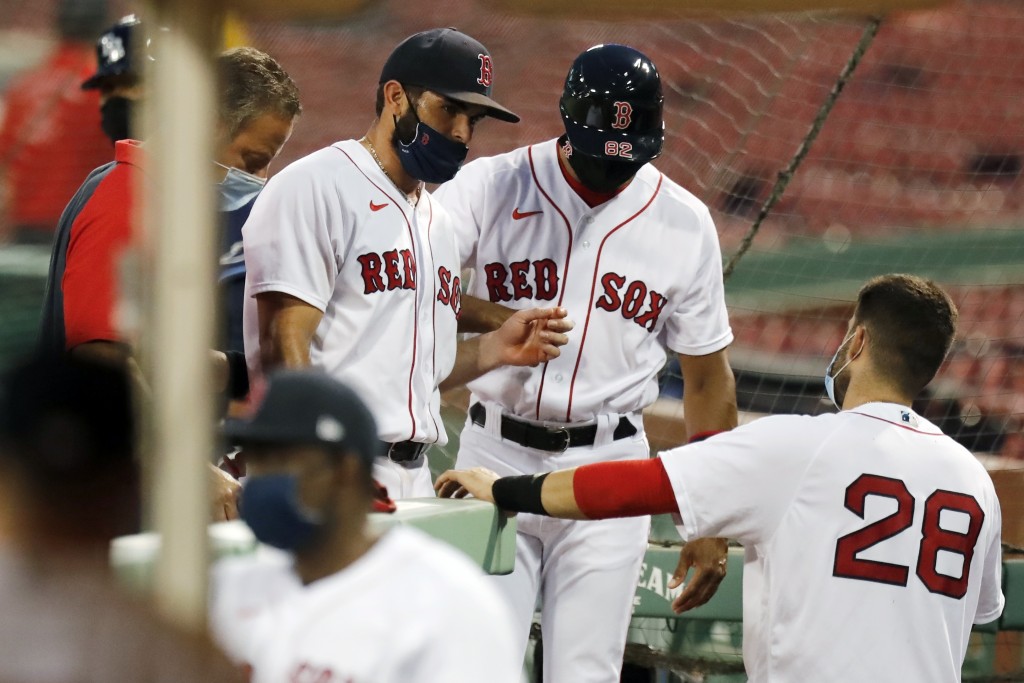 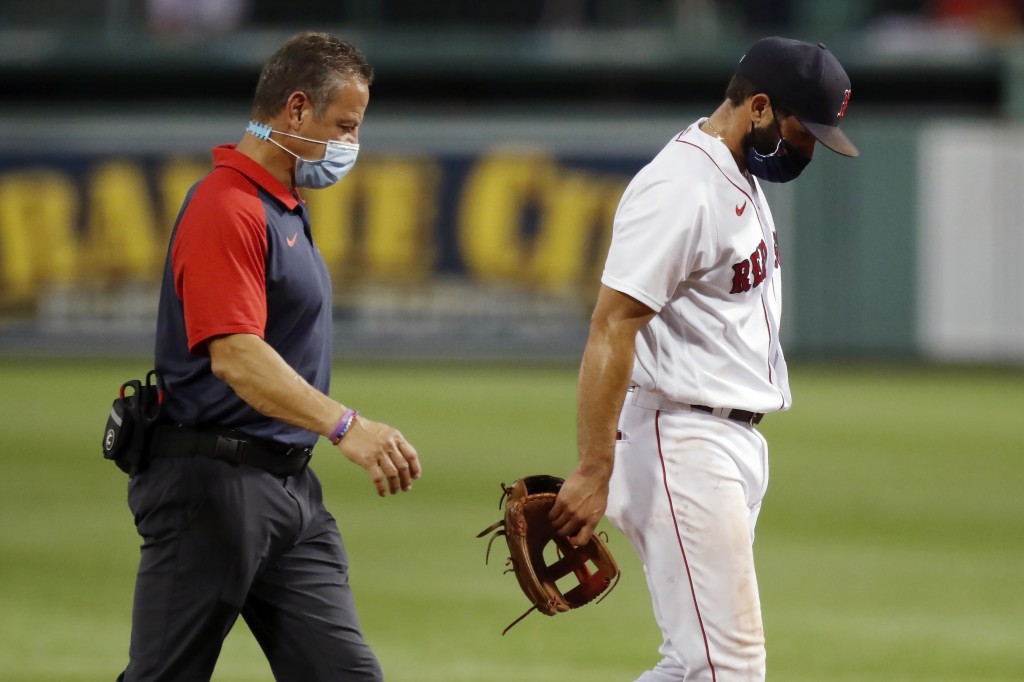 It was the sixth straight win for the Rays (12-8), who posted their eighth consecutive victory in Fenway. Tampa Bay won for the 12th time in its last 14 games against Boston.

Brandon Lowe added a solo homer during a five-run third inning that chased starter Kyle Hart (0-1), who was making his major-league debut.

Manuel Margot had his second four-hit game of the series, Willy Adames had three hits and two RBIs, and Yoshi Tsutsugo had two hits and two RBIs for the Rays, who posted season-highs in runs and hits (19). Zunino drove in four runs.

Kevin Plawecki had a two-run double and three RBIs for Boston, and Rafael Devers made three throwing errors after a first-inning RBI single. The Red Sox (6-13), who own the AL’s worst record, have lost four straight.

Even a “drone delay” in the third, didn’t stop the Rays’ offense. The game was delayed for about four minutes by a drone flying outside the park beyond the right-field bleachers.

With Tsutsugo at the plate, players on the field and the umpires pointed to where it was. The Rays’ two runners on base left the field and Boston’s fielders headed to their dugout area, too. The umpires walked off, waiting on the track near Boston’s dugout.

Jalen Beeks (1-1) pitched two scoreless innings in relief and was credited with the win. Athony Banda pitched three innings for his first career save.

Leading 10-5, Tampa Bay broke it open with a six-run sixth, scoring all the runs off Marcus Walden, who didn’t get an out. Renfroe homered over the Monster and five batters later Zunino sent his shot out of Fenway.

Infielder José Peraza pitched the ninth for Boston, but had to leave after getting hit on the leg by Lowe’s hard grounder.

Plawecki then moved from catcher to pitcher, getting the final two outs, and Tzu-Wei Lin took over behind the plate. It was Lin’s first-ever time catching professionally.

EIGHT IS MORE THAN ENOUGH

The Rays scored at least eight runs in every game of the series. Getting eight in the first two and nine on Wednesday.

They came into the series ranked near the bottom of the AL in total runs before the outburst.

Not bad for a team that entered the series winless on the road.

Hart struck out Renfroe swinging on a slider in the first inning for his first big-league K. In his next at-bat against the 27-year-old lefty, Renfroe sent a shot into the Red Sox bullpen.

Rays: Brent Honeywell Jr., one of the organization’s top pitching prospects threw live BP two days ago. He underwent a decompression procedure on his right ulnar nerve on May 20 and hadn’t thrown to hitters since April of 2019.

Red Sox: SS Xander Bogaerts had the day off. Manager Ron Roenicke said: “He’s got some stuff going on in his lower half, some fatigue there.” He expects him back in the lineup Friday against the Yankees.

Rays: TBD Friday night at the Toronto Blue Jays in their 2020 alternate home in Buffalo, New York, after the Canadian government wouldn’t allow them to play in the country due to the coronavirus.

Red Sox: Roenicke said it’ll be a “bullpen game” in the opener of a four-game series against the Yankees in New York on Friday.