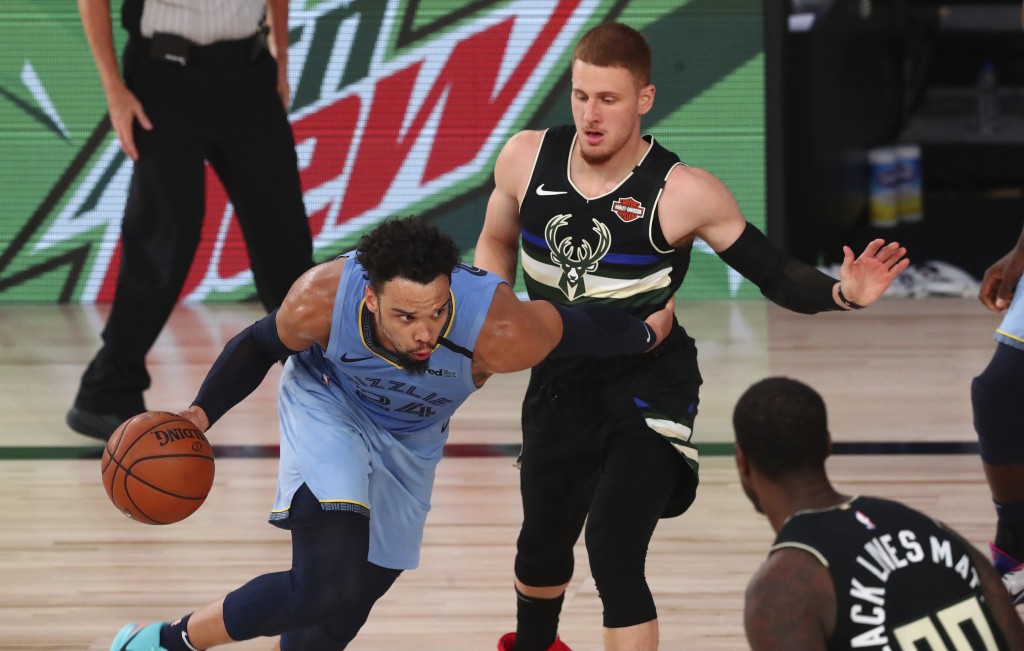 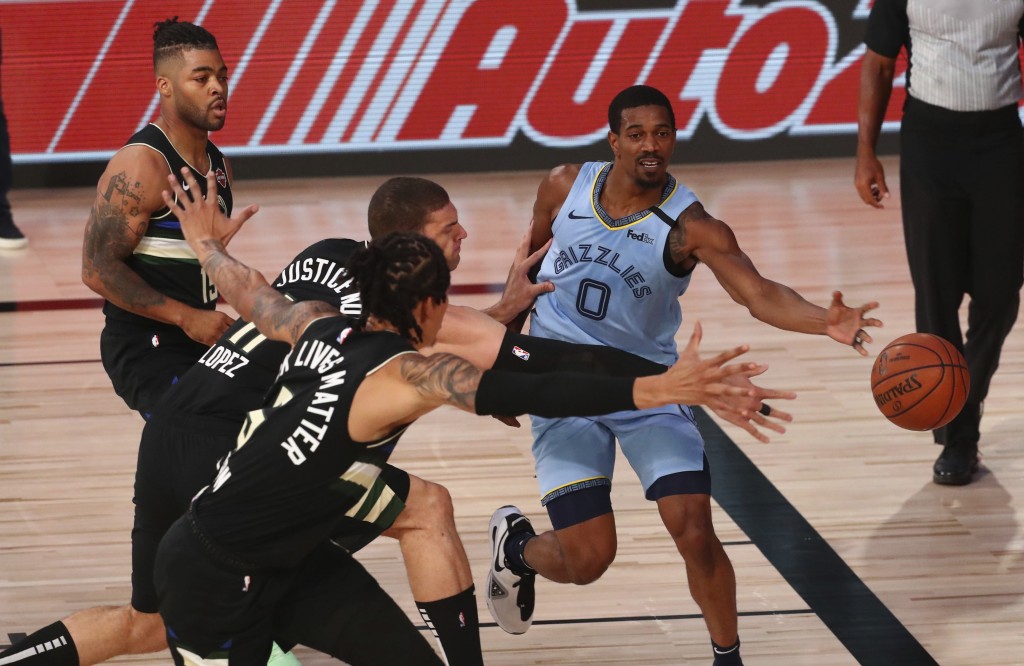 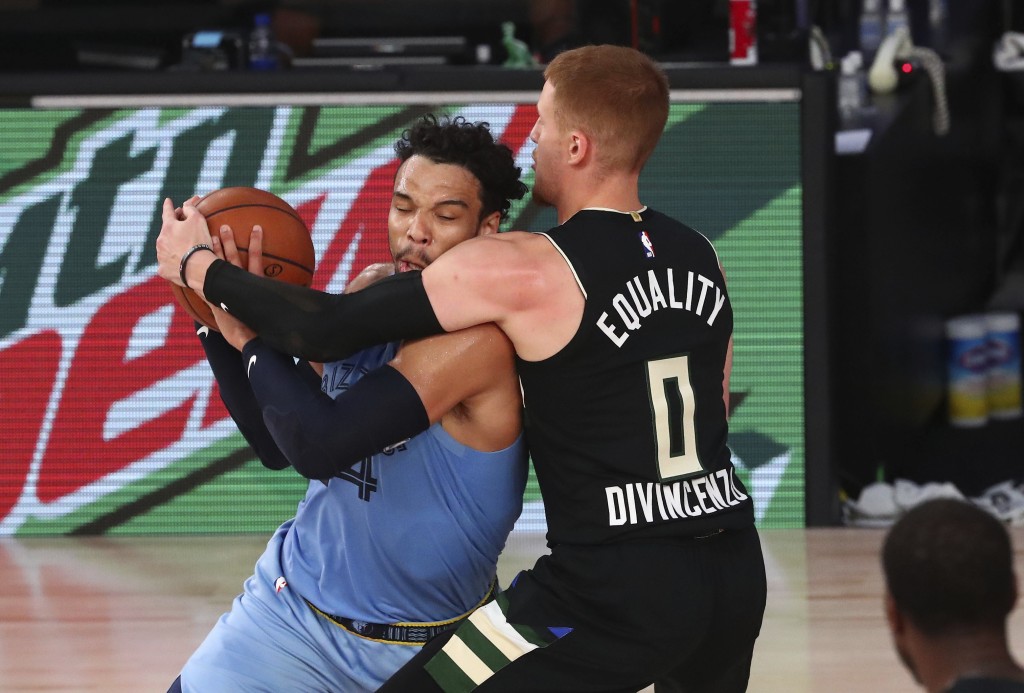 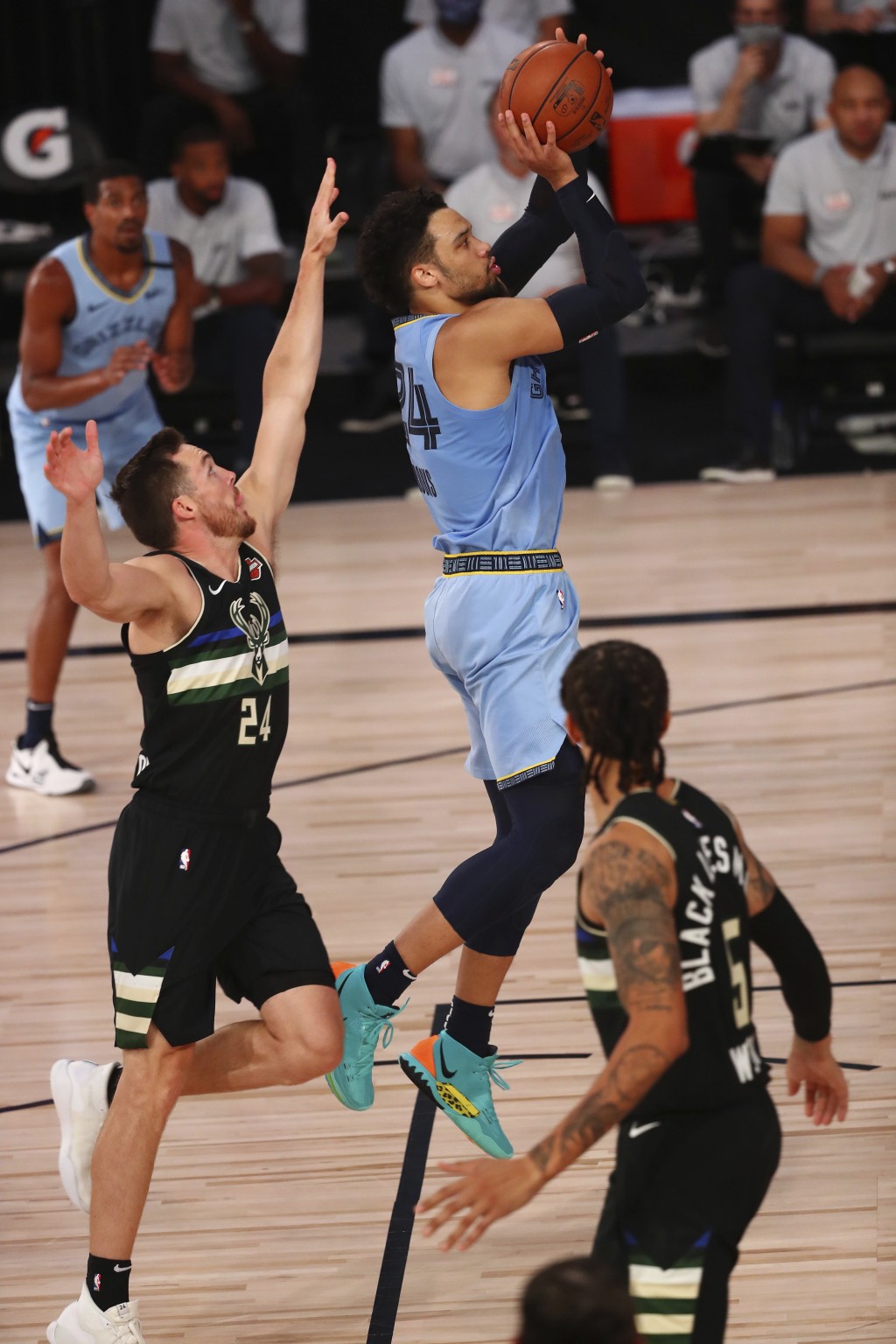 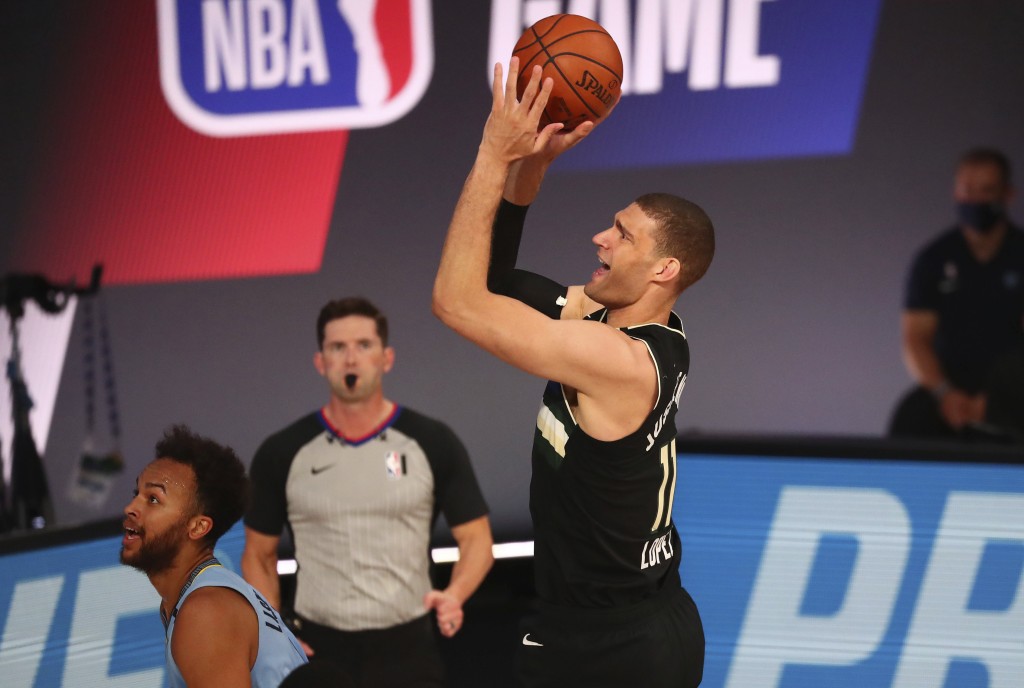 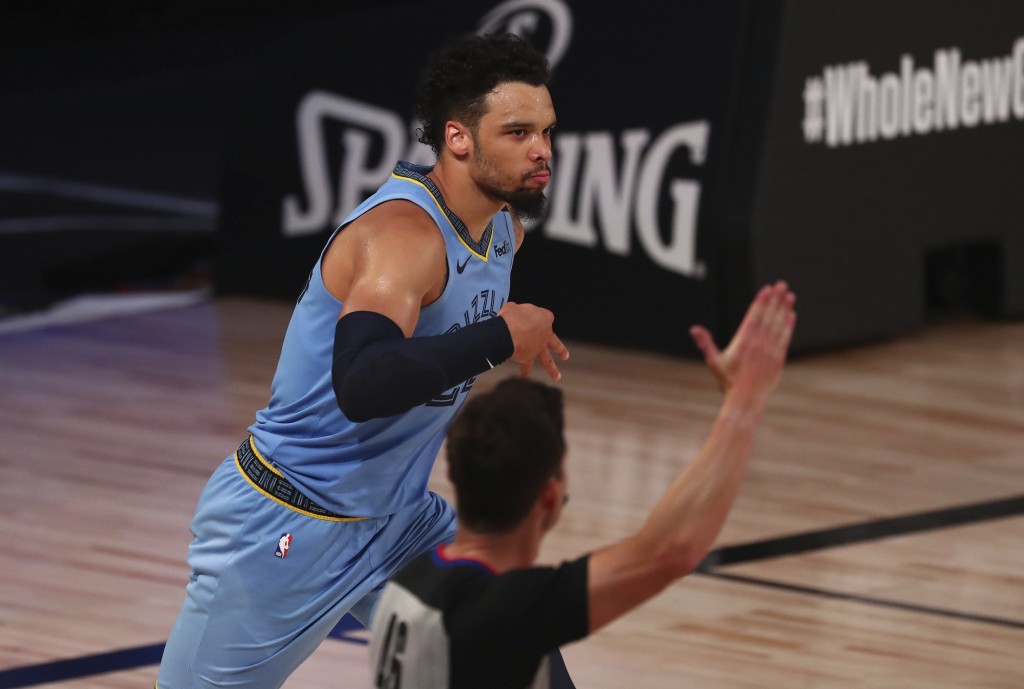 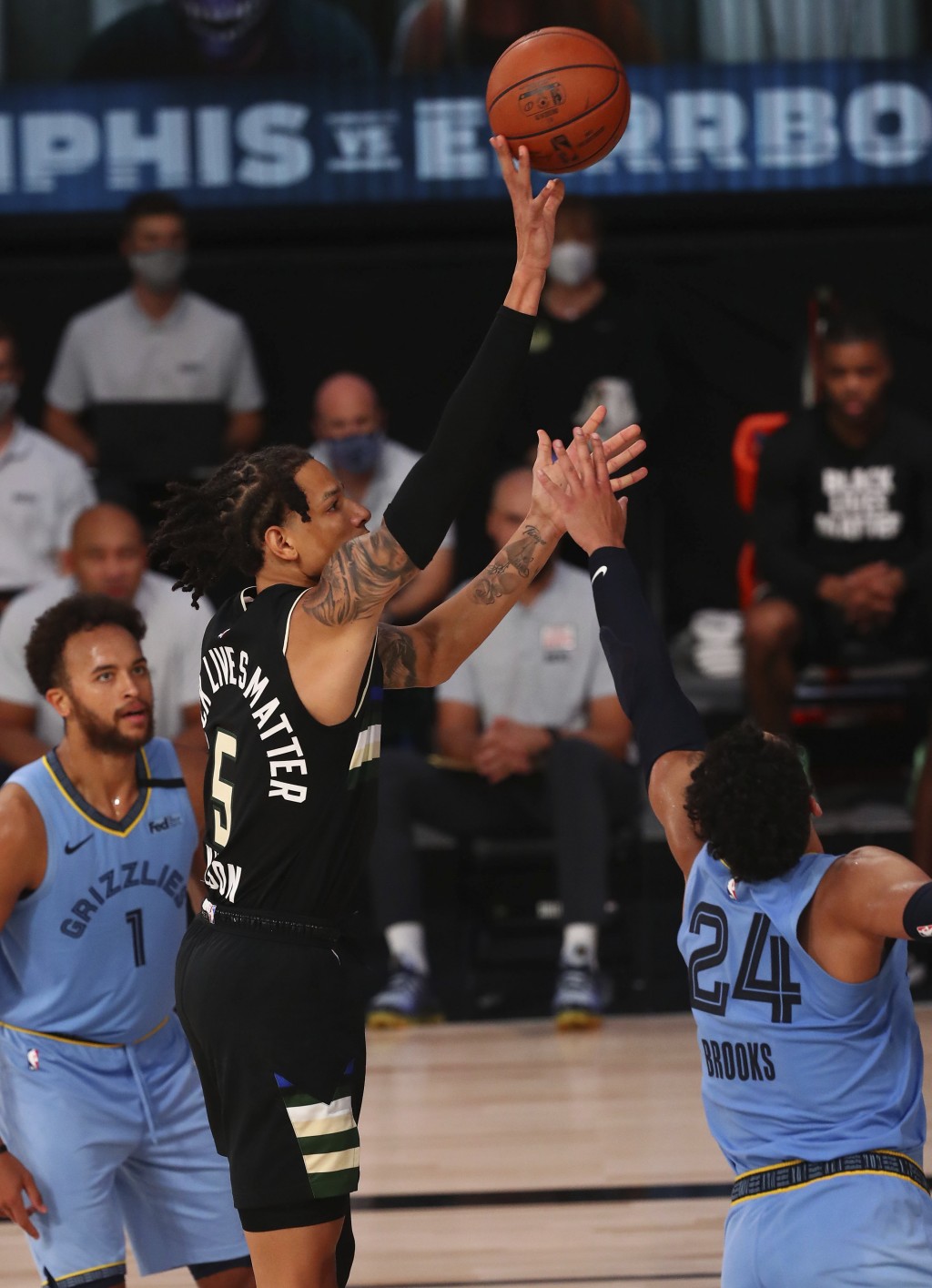 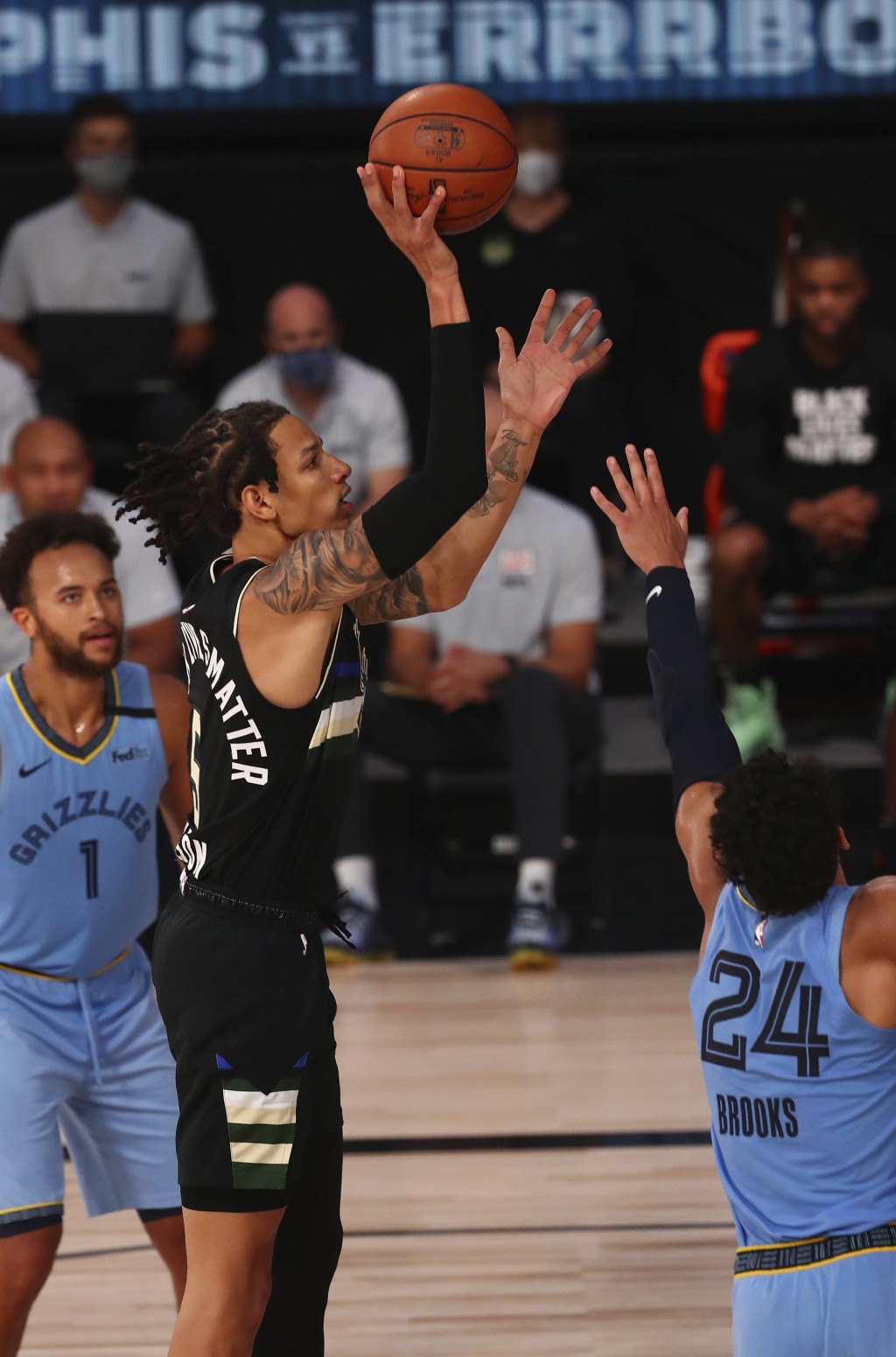 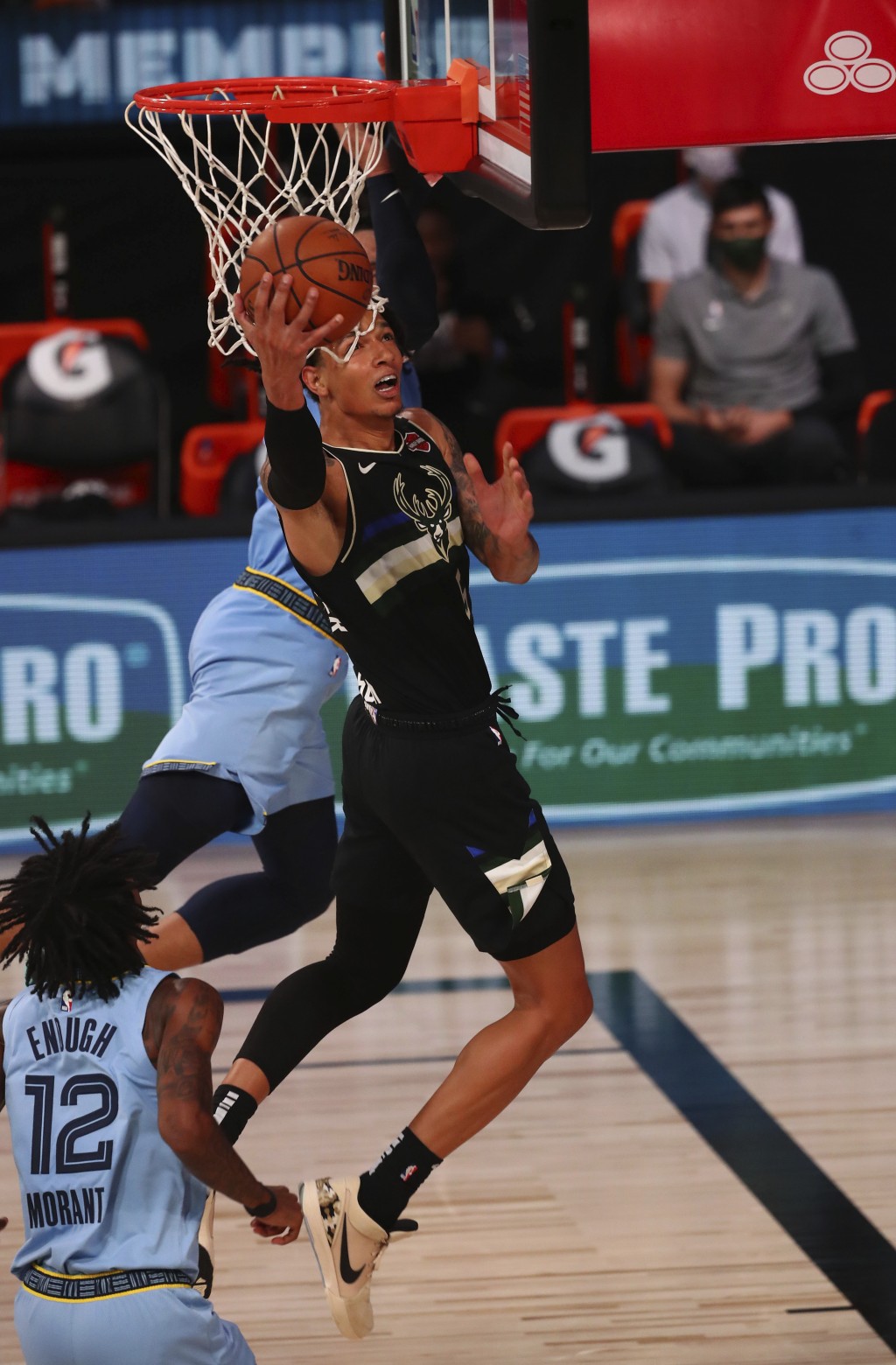 LAKE BUENA VISTA, Fla. (AP) — Jonas Valanciunas and Ja Morant had triple-doubles and the Memphis Grizzlies kept their season alive Thursday with a 119-106 victory over the Milwaukee Bucks, who were missing star forward Giannis Antetokounmpo after he was suspended for head-butting an opponent.

Dillon Brooks added 31 points as Memphis posted its second wire-to-wire win of the season and wrapped up a spot in the play-in tournament that will determine the eighth and final seed in the Western Conference playoffs. The Grizzies (34-39) are tied for eighth place in the Western Conference with Portland and Phoenix, which beat Dallas on Thursday.

Portland will either improve to 35-39 or drop to 34-40 after it plays Brooklyn on Thursday night. Memphis owns the head-to-head tiebreaker advantage over Phoenix.

emphis hasn’t been to the playoffs the last two years after making seven straight postseason appearances from 2011-17.

Valanciunas had 26 points, 19 rebounds and 12 assists for his first triple-double in his 559th career game. The 28-year-old Valanciunas' previous career high in assists was five.

This marked the first time two teammates posted triple-doubles in the same game since Miami's Bam Adebayo and Jimmy Butler did it Dec. 10 in a 135-121 overtime victory over Atlanta.

Milwaukee's Khris Middleton scored 14 points but shot 5 of 13 and was just shy of becoming the eighth NBA player to finish a season shooting at least 50% from the floor, 40% from 3-point range and 90% from the foul line.

The Grizzlies got a break when Antetokounmpo received a one-game suspension after head-butting Moritz Wagner during the Bucks’ 126-113 victory over the Washington Wizards on Tuesday. The reigning MVP will be available when the Bucks open the playoffs.

This game was meaningless for the Bucks, who already had clinched the No. 1 seed in the Eastern Conference for a second straight season.

It was quickly apparent which of these two teams had something at stake.

The Grizzlies raced to a 13-2 lead. They led 60-50 after closing the second quarter on a 12-5 run. They pushed it to 66-50 when Brooks and Anthony Tolliver opened the third quarter with consecutive 3-pointers.

This game marked a reversal of fortune for Memphis, which had lost six of its first seven games since the NBA resumed its season at Disney’s Wide World of Sports after a 4 ½-month layoff. The Grizzlies were eighth in the West with a 3 ½-game lead over the rest of the pack when they arrived at Florida.

Bucks: Starting guard Wesley Matthews missed a second straight game with a sore right adductor. Bucks coach Mike Budenholzer remains confident that Matthews will be ready for the playoffs. “We feel like everything’s in a reasonably good place,” Budenholzer said before the game. “Probably just smartest not to push it today, give him another day or two. We don’t expect it to linger or be a problem past today.”

Grizzlies: Valanciunas has collected at least 10 rebounds in seven straight games, the longest active streak in the NBA. ... Memphis was the designated home team. Former Grizzlies Tony Allen and Zach Randolph were included among the team’s “virtual fans” in the arena.

The Bucks will face the Orlando Magic in the first round of the playoffs. The Bucks swept four regular-season meetings with Orlando.

The Grizzlies move on to the West’s play-in tournament.