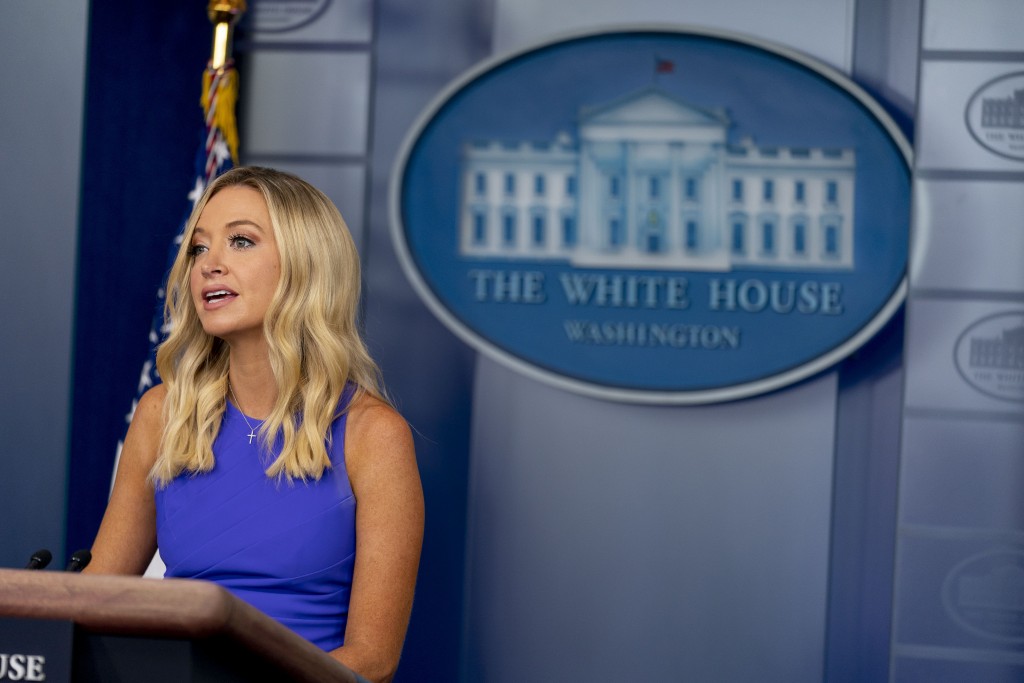 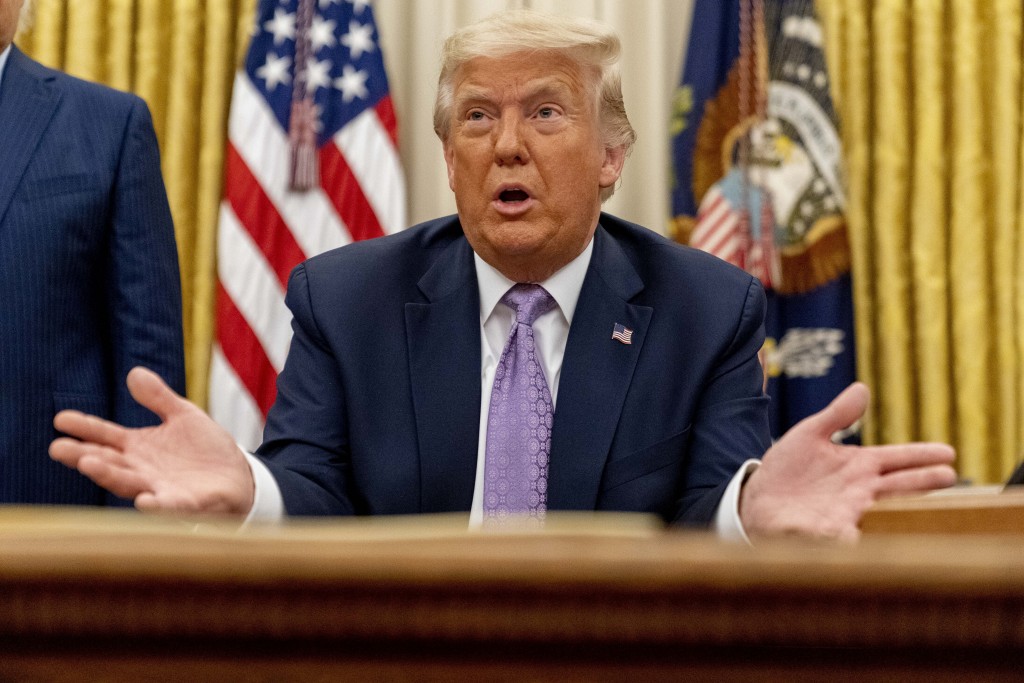 WASHINGTON (AP) — President Donald Trump’s push to cut Social Security payroll taxes for the rest of the year — and even arguing for a permanent cut — would have little impact bolstering the coronavirus-battered economy in the short term and could destabilize long-term funding for benefits that millions of Americans depend on.

Trump this week said that he could eliminate the tax if he is reelected without undercutting the retirement program or greatly adding to the deficit, arguing that economic growth would offset the revenue losses.

“At the end of the year, the assumption that I win, I’m going to terminate the payroll tax, which is another thing that some of the great economists would like to see done,” Trump told reporters on Wednesday, adding that “tremendous growth” in the U.S. will cover the costs of Social Security. “We’ll be paying into Social Security through the general fund.”

But aides to the president on Thursday sought to walk back Trump’s comments. White House press secretary Kayleigh McEnany said Trump meant to say he would seek forgiveness of employee payroll tax payments that he had already ordered deferred for the rest of the year.

Employers are pressing the Trump administration to walk back even more parts of the plan. They want Treasury to make it voluntary, letting companies decide if they want to offer their workers the option of deferring payroll taxes. The U.S. Chamber of Commerce says it has “serious concerns” that the tax deferral would be workable.

In comments Wednesday to reporters, Trump said at least four times that he would end the payroll tax.

The president added that the tax would be eliminated after the “beginning of the New Year,” while the deferral only applies to the closing months of 2020. Trump said his planned payroll tax reduction would be a “number that’s bigger than any of the numbers we talked about.” A typical family would get back $5,000 or more, Trump said, an average economists said would be not be achieved.

When pressed Wednesday about how the U.S. government would then pay for Social Security after the payroll tax is “permanently” rescinded, the president did not revise his previous comments. Instead, he insisted that economic growth would surge to cover the mammoth expense that would exceed $1 trillion.

The 12.4% payroll tax split between employers and workers funds Social Security. The tax raised roughly $1 trillion last year, according to U.S. government data. Over a 10-year period, Trump’s idea could slice $13 trillion from U.S. budget that is already laden with rising debt loads.

It is highly unlikely that economic growth would be enough to offset the loss of the payroll tax. Indeed, Trump suggested that his 2017 income tax cuts would propel economic growth as high as 6% annually. That never happened. Growth reached 3% in 2018, then slumped to 2.2% and the U.S. economy crumbled into recession this year because of the coronavirus.

“If you permanently roll it back, how are you going to fund Social Security?” said Diane Swonk, chief economist at Grant Thornton. “The numbers just don’t add up.”

Some economists also questioned the utility of even a short-term payroll tax cut — something Trump has been pushing for months despite facing opposition among some fellow Republicans — would have on helping the economy.

Payroll tax cuts are among the least effective ways to promote growth during a recession, said Mark Zandi, chief economist at Moody Analytics. The money is going to people who are working — not the unemployed — and is most likely to be saved rather than pushed back into the economy, he said.

Zandi added that employers are already showing a resistance to implementing it and are reluctant to change withholding. The deferral on the payroll tax, if it’s not forgiven at the end of the year, amounts to a four-month, interest free loan for workers who are still collecting a paycheck and could leave employers on the line to claw back money retroactively.

“The idea on that it would pay for itself through growth is just not right. It won’t,” said Zandi. “It’s just a dream.”

Even tinkering with Social Security funding comes freighted with political risk for Trump, who as a candidate in 2016 set himself apart from much of the GOP primary field as he vowed to oppose cuts to Social Security and Medicare, while also ensuring every American had health coverage. Trump has yet to propose a health care plan.

In an interview with CNBC on the sidelines of the World Economic Forum in Davos, Switzerland, in January — a moment when the global economy was still roaring -- Trump said “at some point” entitlement reform would be on his agenda.

While Trump has repeatedly talked up strong economic growth, the federal budget deficit has swollen as his administration has pressed for tax cuts and increased government spending.

McEnany, said Thursday that Trump maintains an “unwavering commitment to Social Security that is fully funded, and that seniors are taken care of.”

Whether or not voters will punish Trump for his Social Security gambit, the president’s idea seems an unlikely fix for the long-term financial shortfall the program faces. When Social Security’s reserves are exhausted in 2035, the program will only be able to pay 79% of benefits at that time, according to government estimates.

“Everybody uses and abuses Social Security in the political discourse,” said Maya MacGuineas, president of the Committee For A Responsible Federal Budget, which advocates for lowering the federal deficit. “What we should be doing is fixing the imbalance in the trust fund.”

“What the president is suggesting would make the finances worse,” she added.