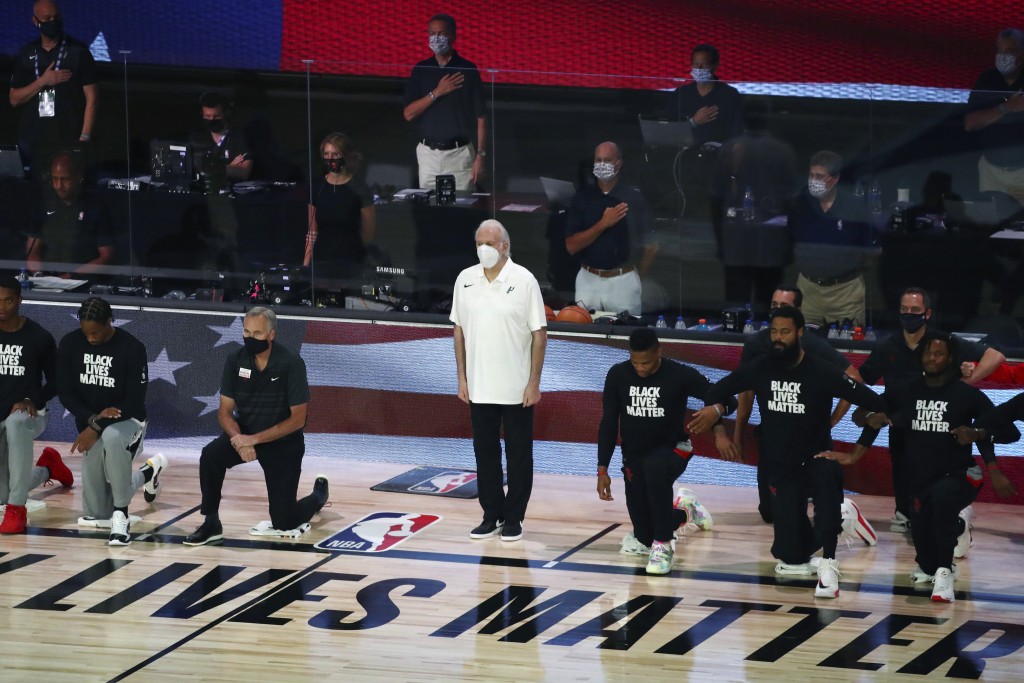 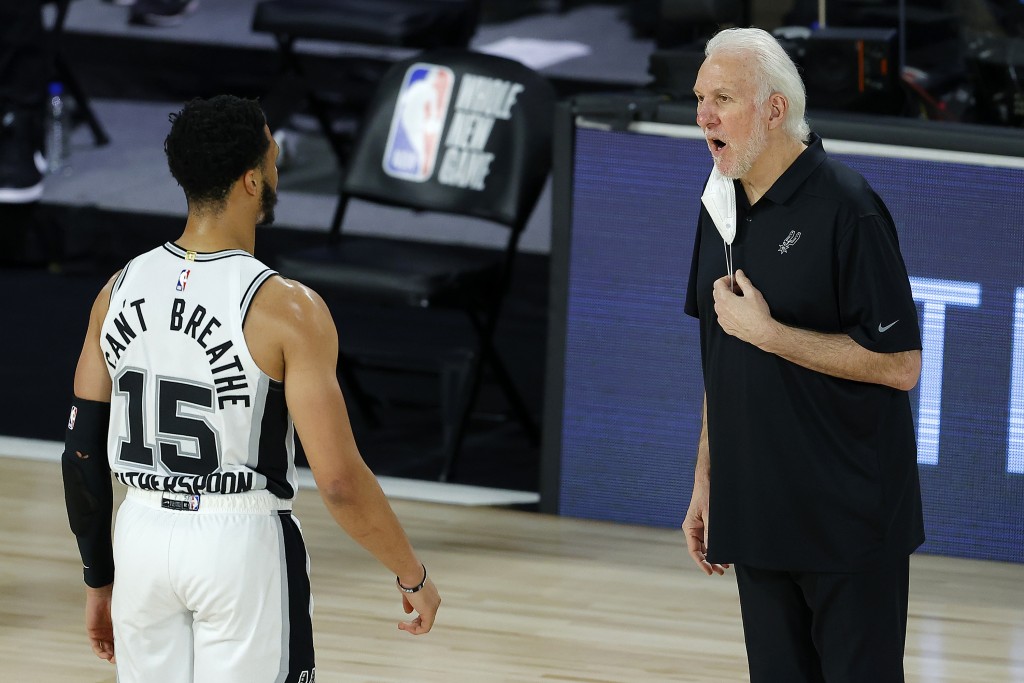 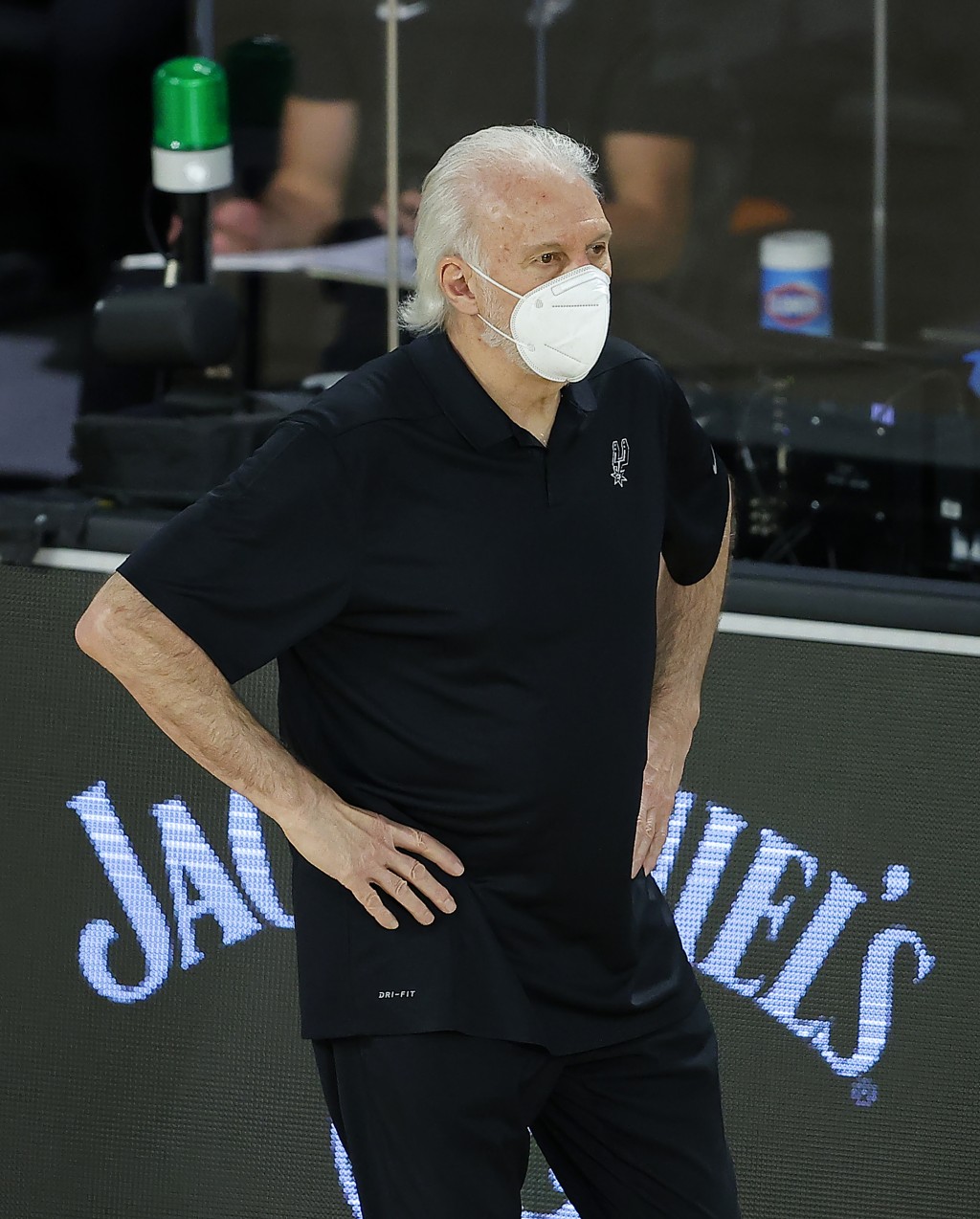 LAKE BUENA VISTA, Fla. (AP) — San Antonio’s record-tying run of 22 consecutive postseason appearances is over, with the Spurs being eliminated from contention for a Western Conference play-in spot Thursday.

The Spurs were officially ousted when Memphis defeated Milwaukee and Phoenix completed an undefeated eight-game run in the NBA’s restart bubble at Walt Disney World with a victory over Dallas.

Those games went final shortly before San Antonio was playing its final game of the season, against Utah. The Spurs needed the Grizzlies or the Suns to lose to have any chance of getting into the West play-in series that begins Saturday to decide the NBA’s final postseason berth.

The 22-year run of playoff spots tied the Philadelphia 76ers’ franchise for the longest in NBA history. The 76ers, starting as the Syracuse Nationals before moving to Philadelphia, went to the playoffs every year from 1950 through 1971.

With San Antonio out, the longest active postseason streak now belongs to the Houston Rockets. They’ll be in the playoffs for the eighth consecutive year starting next week.

This is how long the streak, all of it with Gregg Popovich as head coach of the Spurs, went: David Stern wasn’t even halfway through his 30-year run as commissioner when the Spurs’ streak started. The Charlotte Bobcats — that’s what today’s Hornets went by then — were still 6-1/2 years from playing their first game. Pat Riley was still coaching the Los Angeles Lakers.

And now, for the first time since 1981, the playoffs will happen without either Riley or Popovich as head coaches.

The Spurs won five championships during the streak. They played 284 postseason games over those years; the only franchises within 100 of that were the Lakers (218), Miami (196) and Boston (192). And the Spurs won 170 playoff games in that span; only seven franchises have more playoff wins in their entire history.

All 170 of those wins for the Spurs came under Popovich, a total that gives him more career playoff victories than any two current coaches combined. There were 102 players who got into at least one Spurs playoff game during the streak, including current NBA head coaches Jacque Vaughn, Steve Kerr and Monty Williams.

The Spurs came into Disney as playoff long shots and felt the eight games they were guaranteed of playing during the restart would be ways to have young players grow from competition. They made it to the last possible day of contention.

“At this point, it’s been a huge success for our team and our young players, the development that we’ve talked about from the beginning,” Popovich said. “We’re very happy with what’s gone on here.”

He has given the restart rave reviews, both on and off the floor.

Popovich — a graduate of the United States Air Force Academy and the coach of USA Basketball’s men’s national team — wore a shirt pregame that read “Vote Your Life Depends On It.” He has remained outspoken on the need to end racial injustice and police brutality during the Spurs’ time in the bubble, talking about that perhaps as much if not more as he has about basketball.

“It's important to bring these up, painful as they are," Popovich said. “Some people talk about getting tired of hearing about it. But that’s the point. It has to change.”

Spurs: This was the first losing season for the Spurs since 1996-97, the year that Popovich became coach 18 games into the season — and just before Tim Duncan went San Antonio as the No. 1 overall pick in the 1997 draft.

Jazz: Mike Conley (right knee soreness) and Rudy Gobert (lower back soreness) were ruled out of the finale. ... The game was meaningless to Utah, which was locked into a first-round matchup against Denver that starts next week.