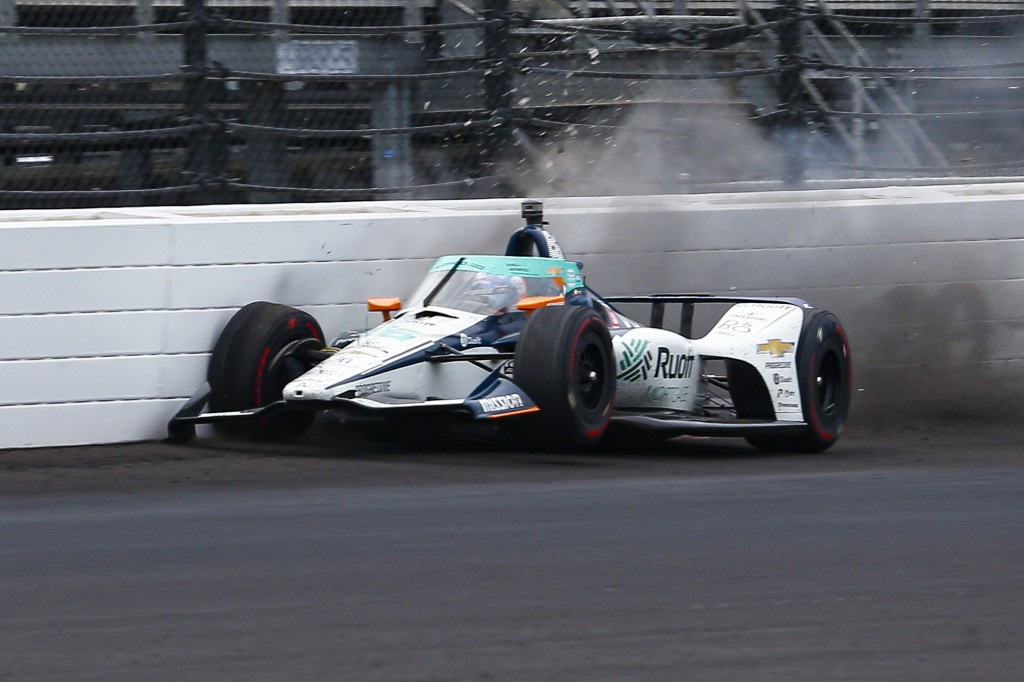 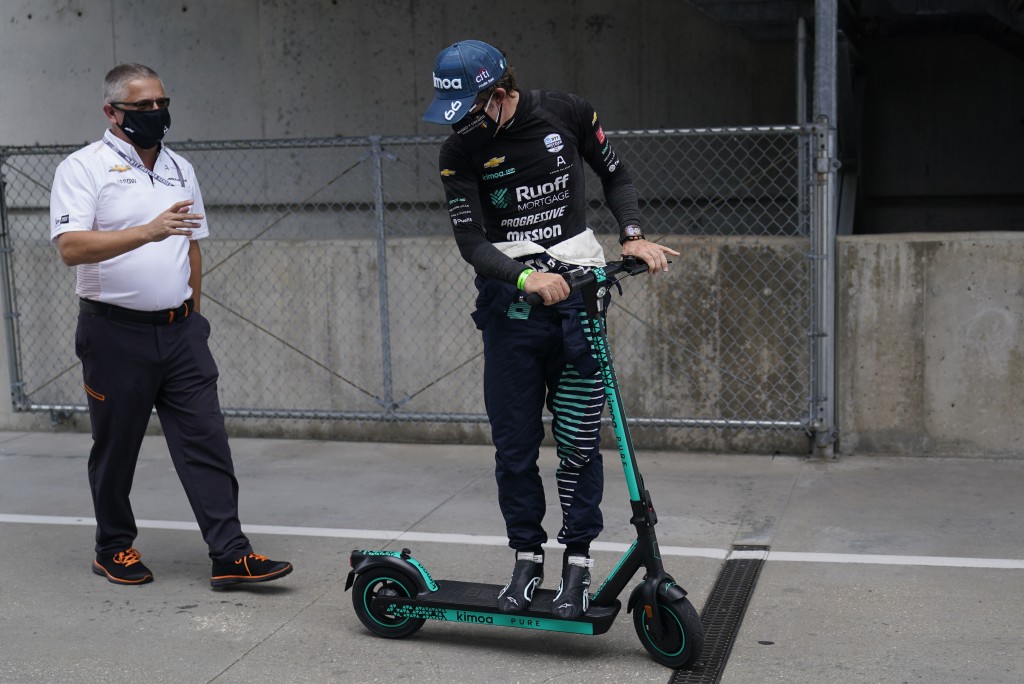 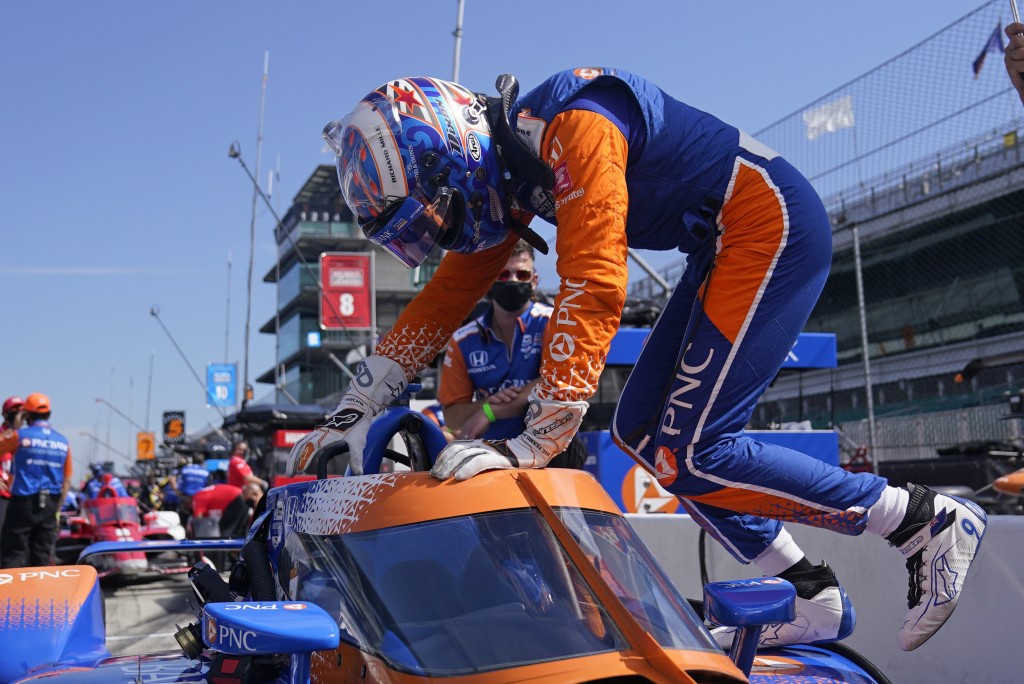 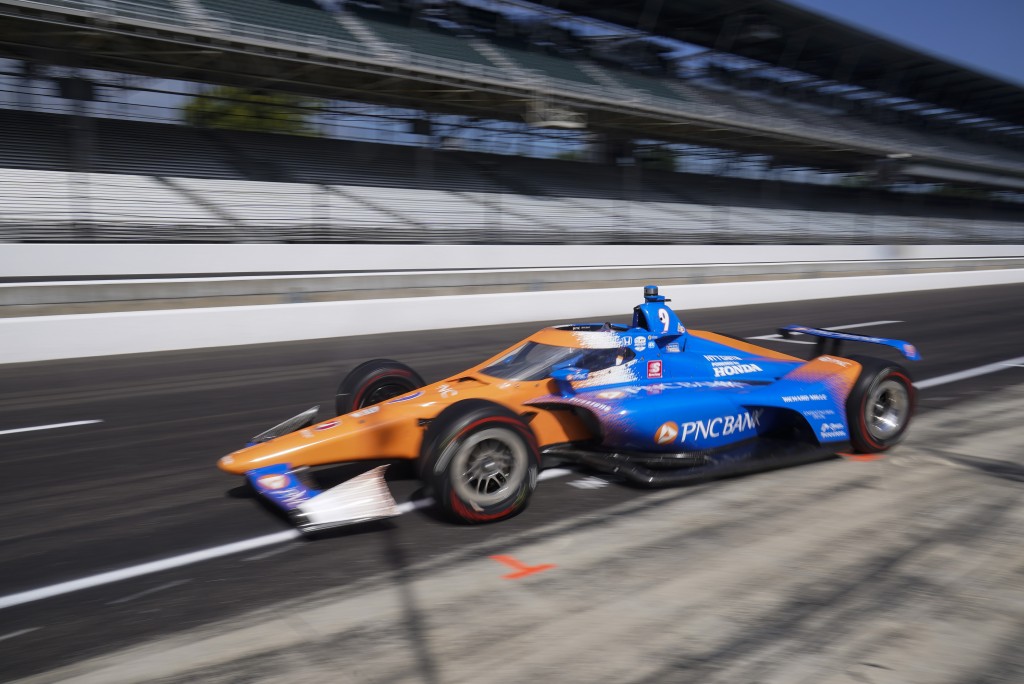 Fernando Alonso crashed in the final hour of Thursday's practice session in a setback for his Indianapolis 500 venture.

Alonso crashed in Turn 4 when his Arrow McLaren SP Chevrolet dipped onto the concrete portion of the apron at Indianapolis Motor Speedway and sent the Spaniard into the retaining wall. His damaged car rolled onto pit lane for an early end to his afternoon.

Alonso was sixth on the speed chart when he crashed. He ended up ninth for the day.

“It is just the way it is,” Alonso said. “Fortunately it happened today and not on (race day). We will learn from this. Nothing we can do now and tomorrow we start again.”

Alonso is making his third attempt to win the final leg of motorsports' version of the Triple Crown. The two-time Formula One champion has victories in the Monaco Grand Prix and 24 Hours of Le Mans, with Indianapolis the only race missing from the trifecta.

He had a strong car in 2017 when he raced at Indianapolis for Andretti Autorsport but an engine failure ended his shot at victory. Alonso failed to qualify for the Indy 500 last year in an effort from McLaren.

He also crashed during Indy 500 practice last year and it contributed to the many setbacks the McLaren team had during its preparations. The McLaren backup car was not the proper shade of orange and Alonso lost valuable practice time as the color was corrected.

Alonso's crash with just over 50 minutes remaining in Thursday's session was the first wreck since the track opened Wednesday for practice.

Meanwhile, five-time IndyCar champion Scott Dixon topped the speed charts at the end of the day with a lap at 226.102 mph for Chip Ganassi Racing. He was followed by Takuma Sato at 225.693 and Marco Andretti at 225.249 mph as Honda's took the top three spots.

Conor Daly at 225.106 was fourth and the fastest Chevrolet.

There is one more day of practice before qualifying, called “Fast Friday” as IndyCar gives teams a horsepower boost to increase speeds. Defending race winner Simon Pagenaud said Team Penske had a deliberate plan to work on handling Thursday and will worry about speed during Fast Friday practice.