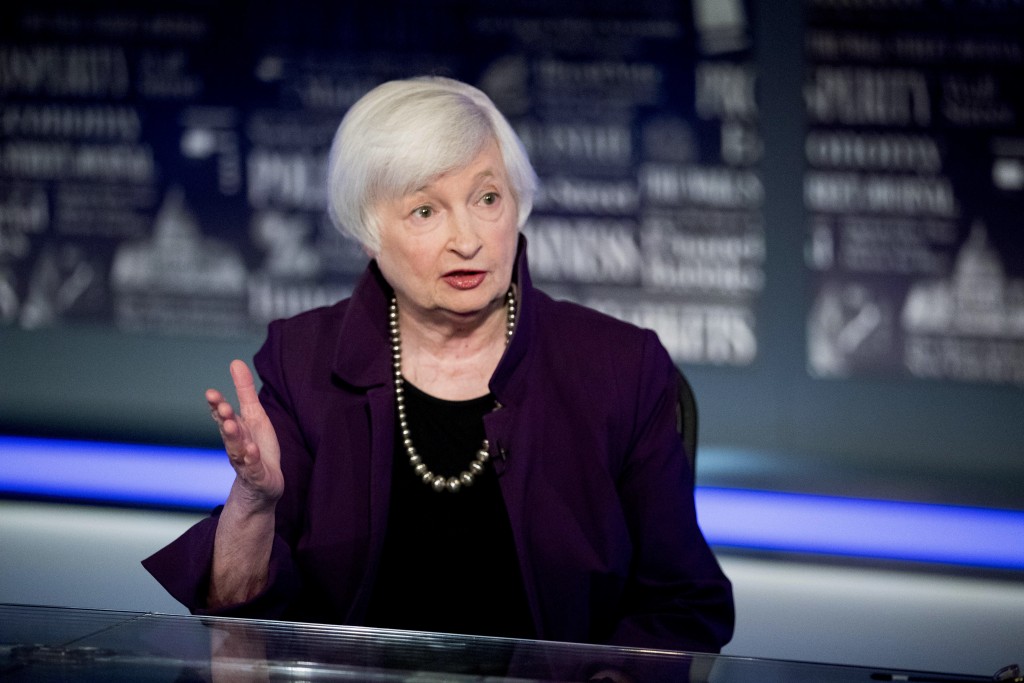 WILMINGTON, Del. (AP) — Former Federal Reserve Chair Janet Yellen was among a team of advisers who briefed Joe Biden on Thursday about the economic fallout from the coronavirus.

The presumptive Democratic presidential nominee and his newly chosen running mate, California Sen. Kamala Harris, participated in the briefing from separate, socially distanced tables at a hotel in Wilmington, Delaware. In a brief appearance with reporters, Biden didn't offer details on the briefing.

Yellen's participation was notable because Fed officials typically avoid overt partisan politics — even after they leave the central bank — to preserve the institution's independence.

But there are exceptions. Paul Volker, who led the Fed from 1979 until 1987, served on an advisory committee for Barack Obama when he was a 2008 presidential candidate. Alan Greenspan, who succeeded Volker and ran the Fed for more than 18 years, has not played an adviser role to campaigns since leaving in 2006. But as a private citizen, Greenspan was an economics adviser to Richard Nixon during his successful 1968 run for the presidency.

Yellen was nominated to lead the central bank by Obama and served from 2014 to 2018, when President Donald Trump declined to nominate her for another term. She was previously chosen by President Bill Clinton to sit on the Fed's board, a position she left to become chair of his Council of Economic Advisers at the start of his second term.

Word of Yellen's advising Biden is also significant because Biden's campaign had previously been guarded about who was providing it economic expertise.

Also participating in Thursday's discussion were Jared Bernstein, a senior fellow at the Center on Budget and Policy Priorities, Heather Boushey, head of the Washington Center for Equitable Growth, Harvard economics professor Raj Chetty and Lisa Cook, a professor in the Department of Economics and International Relations at Michigan State University.

The briefing came two days after Biden announced that he'd chosen Harris as his running mate and a day after the pair made their first joint appearance at a Wilmington high school.